how we feeling about that episode preview huh 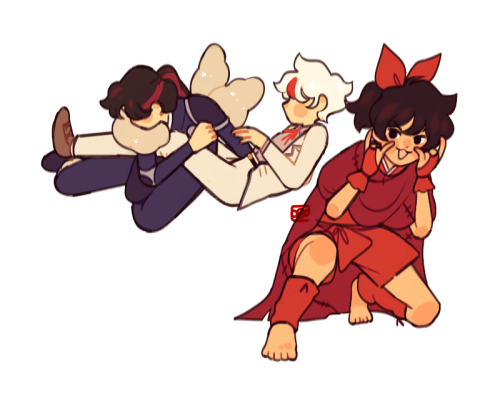 I would have righteously LOVED a Grandmother Willow/Grandmother Kaede type deal in Yashahime  like in Pocahontas. Such a missed opportunity Sunrise. Am I the only one who didn’t see the Dream Butterfly in the scene where Treekyo is talking to Sess? Because I just noticed it while watch the dub.

There be spoilers ahead
.
.
.
.
.
So episode 9 was pretty much a filler episode. We had our first look at Konton, who didn’t seem like a formidable foe if it wasn’t for the meioju shell armour he was wearing. He does manage to escape at the end though.

It was heart warming to see Moroha’s soft side in this episode. Having to grow up alone, she genuinely considers Towa and Setsuna as her friends and allies.

Meifuku was a cute filler character to see, but that isn’t too important since his role ended once his father’s remains were restored.

Overall, we didn’t meet any other significant characters in this episode. Even Myoga’s appearance was short and not very significant except the fact that he made sure Moroha retained the rouge shell.

The next episode is where the party’s at. We’re going to meet a new nemesis, one that apparently seeks revenge from Sesshomaru, though I don’t see how pitting the sisters against each other will achieve that? Maybe she’s not aware that they’re not close at all despite being related.

Kinka and ginka return, however much like the demon Meioju, there’s a little conflict due to their appearances. Meioju was absorbed by Moryomaru back in The Final Act, which doesn’t explain why he was alive at the time that Konton slayed him to steal his shell.

Similarly, Kinka and Ginka were also killed in The Final Act. Were they somehow resurrected by the evil woman from the teaser? We do see baby versions of the two in the first shot of the promo, so that’s a possibility. It is unlikely that the woman we saw is Totetsu, though it might be too early too say.

Honestly, it’s too early to say what the next stage of the story will bring. We have already seen 3 of the Four Perils, with only Totetsu remaining. Perhaps once we are halfway i.e. through episode 12, the story will proceed towards the climax.

1.  Moroha says “yo’ mama!”  I love it.  I love even more that it is absolutely explicit that all of them have human mamas, exactly one episode after Towa dreamed of Rin and Moroha dreamed of Kagome.

This also indicates that despite the friendly acceptance the girls seem to be enjoying now, having a human mother and a demon father is not exactly something to be proud of.  Clearly Setsuna was hiding her demon side to be accepted by the demon slayers, and Moroha does not have friends.

2. I know everyone is feeling sorry for Moroha right now, but have these people ever had cousins? Sisters?  I don’t get that Towa and Setsuna were so evil to not want to go with Moroha, especially since they do, in fact, have other things to do besides go bounty hunting with a cousin who has not explained why she needs the money.  In fact, I’d really like to see more about the dream butterfly since that was Towa’s primary motivation in coming to the feudal era and she is no closer than when she first began.

Setsuna was not being particularly manipulative.  I took it as her being kind of..nice?  Sparing Moroha’s feelings while still getting what they wanted. And even if it was manipulative, it doesn’t mean that Setsuna did not mean what she said to Moroha.

I found it more interesting that Setsuna went along with Towa’s wishes.  Nothing was stopping her from going back to Kohaku to get a new mission.  Instead, she went with her sister to convince Moroha to let them join her.  I think she’s more invested in finding the dream butterfly than she will admit, even to herself.

3. Lots of call backs to the old series.  I don’t even know what to make of it any more except for the fact that I see it.  I see references, but what do they mean?

4.  Towa’s demon power is in the pearl.  How are those pearls functioning for Towa and Setsuna?  Are they making them stronger or just allowing to keep the yokai side under control?  What will happen when they are taken away…dun..dun…dun.  I guess we may find out next week.

Also, Inuyasha’s black pearl functioned as a portal to his father’s grave, but was it also serving to keep his demon side in check, something that later Tessaiga was used for when the pearl was removed?  Is that why the twins look so very human – because the pearl is controlling the yokai side?  Who knows?  Not me.  Hopefully, someone in this show will start talking soon.

All in all, I enjoyed the episode, but I do wish we could have more of the girls actually talking to each other as opposed to fighting together.  There is a lot of back story to introduce, and in a way, I’m okay with assuming some aspects of their relationship.  I do really, really, really want some more hints about their parents, though.

Oh my god one common theme in this show is the offspring of the original characters. So what if fucking Naraku got some fucking feral demon kids running around we don’t know about

TAKECHIYO is the new Shippo 😂😂😂😂 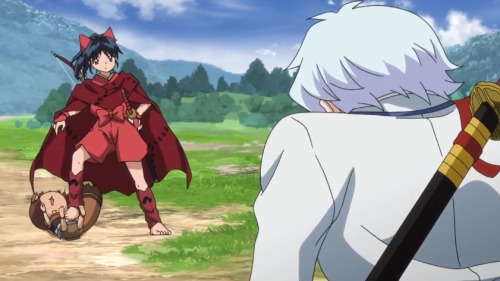 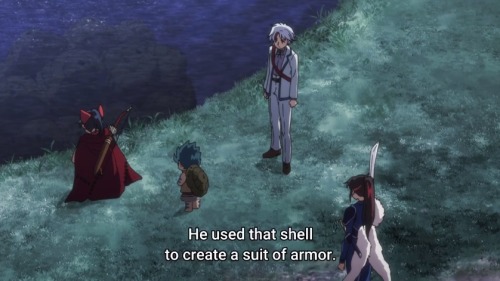 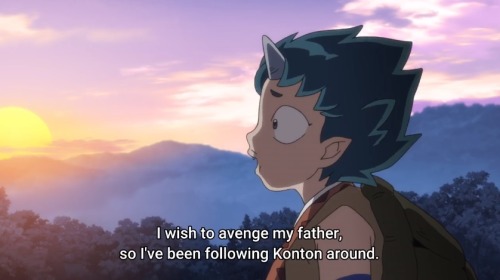 remembering her parents did it to protect her 😭😭 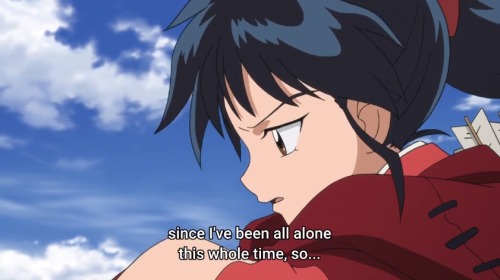 Moroha is aware Towa and Setsuna are her cousins 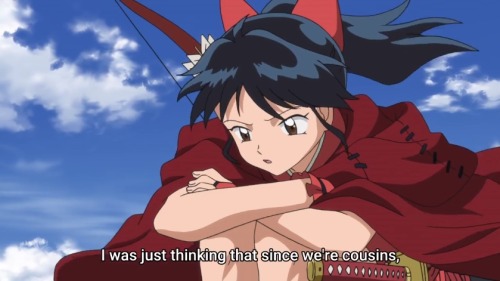 Sketch dump cuz even tho I haven’t been posting them I have been drawing every day and to day marks the 2 week mark! 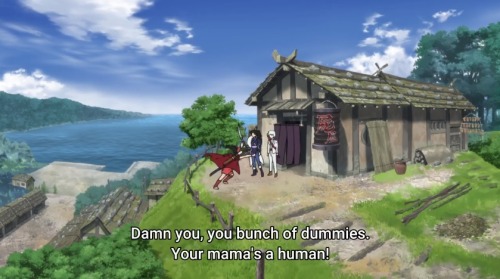 BLESS THE FACT I HAVE BEEN GIVEN EMOTIONAL MOROHA SHIT TO USE!!! THANK YOU SUSRISE FOR DOING BASIC SHIT!

#💘 OOC, #💘 Yashahime Spoilers, #yashahime spoilers, #(I GOT SHIT TO USE FOR ICONS AND EDITS NOW FOR ME GIVING MOROHA EMOTION AND DEPH THANK YOU, #(IM JUST SO HAPPY I COULD WEEP
6 notes · See All
azureacrosstimeText

I love this cap ALOT. IDK WHY I JUST DO.

#no one should of given me this frame, #inuyasha, #yashahime spoilers, #yashahime, #moroha, #kagome
165 notes · See All
mika-moonyText

Alright what is happening next week?

WHAT I THOUGHT THEY DIED?!

OH MY GOD THE SISTERS ARE GOING TO FIGHT. NO MY HEART CANT HANDLE THIS.

MY HEART CANT HANDLE THIS.

I think they all know, they just didn’t really address the subject, lol. Treekyo said in episode 4 that they are all granddaughters of Inu no Taisho… so they should have connected the dots…?

I guess Towa just doesn’t really care about that for now, her focus is to find the dream butterfly and that’s it 😔 I’ve complained about this already but man Towa and Setsuna should have asked Moroha about her parents… It would have been the perfect time to introduce the mystery around the disappearance of inukag :/

#ask, #Anon, #the twins didn't even ask treekyo about their own parents lol, #like sure maybe you don't want to kill sesshomaru but don't you want to meet him??, #don't you want to know who your mom is??, #the way people say ''it's a mystery it's ok if we don't have the answers'', #but bro the characters aren't even asking any questions to begin with lol, #that's what's frustrating, #yashahime spoilers
24 notes · See All
Next Page