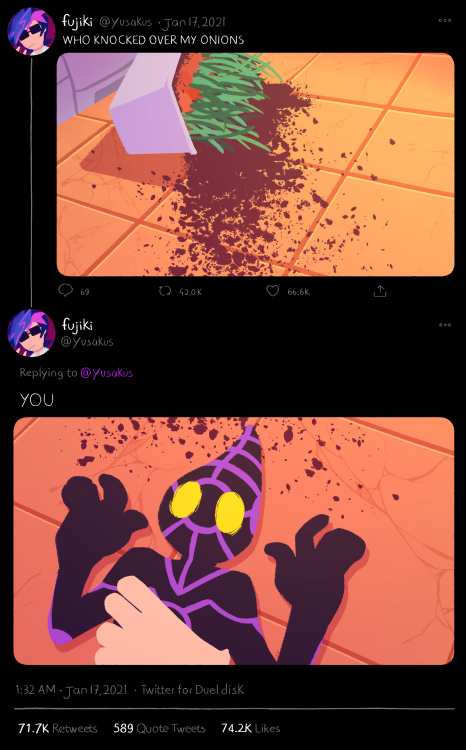 The list of Yugioh characters that can or probably had romantic feeling towards a machine.

Honestly wouldn’t you ship Anzu with just anyone from Yugioh? Guess it’s just me. I wanted to create some depth to this photo. And it is one of the most powerful scenes from the show. If you disagree scroll away~

Anyway I did tried to change some things like Anzu’s hand and Yami’s expression. It seemed too kinda gloomy.

Hope you are enjoying these series of redraw, just two more weeks before I’m done. If you have any requests just DM me a screencap and I’ll do it (it can be anything) 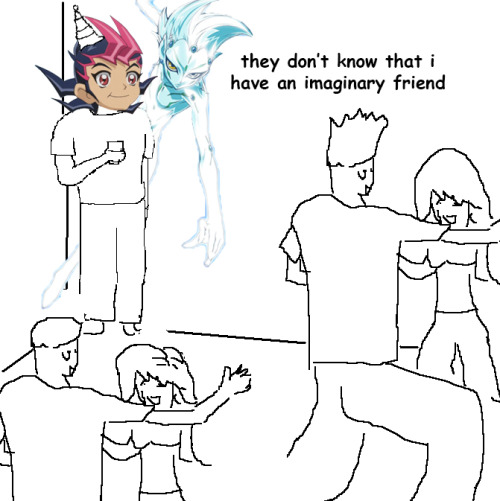 Wtf do people use the chat boards in Duel Links this way? XD

Jounouchi keeps bleaching his hair even after he’s not such a delinquent punk anymore because it makes him look less like his dad when he’s looking in the mirror!

I’m tired and so I made these. Are they as funny as I think they are at 4 am? Probably not but oh well 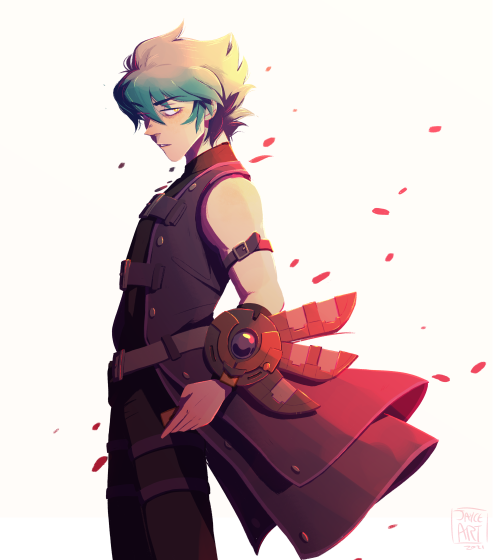 Seto stood before Atem, green hair seeming to glow under the bright lights of the stadium. He sported a denim punk vest with a variety of studs, spikes and patches of Duel Monsters and American heavy metal bands that Atem couldn’t make out from his side of the field. Accompanying the vest was a shredded black tee, pants with rips and patches at the knees, and black combat boots. He had black gauges in his ears and Atem could just barely make out a piercing on his right eyebrow. Behind Seto, in the front row of the stadium, sat a teenage girl with voluminous, wavy blond hair. She was holding a child in her lap with long, unruly black hair. He couldn’t have been older than three or four. The child was most likely Seto’s younger brother, Mokuba, but who was the girl, a nanny? A girlfriend, perhaps? She didn’t look any older than Seto.

Atem knew this wasn’t going to be the most fun duel on he’d ever faced, but if he wanted to win the tournament he’d need to defeat this Seto.

Seto was wearing his trademark smirk, standing proudly with his arms crossed over his chest.

“You’re short,” he remarked. His voice was low, in the process of deepening but not quite there yet. It had a smoothness to it that irritated Atem instantly.

Atem rolled his eyes and glared back. “You’re very astute,” he retorted. “Did you just realize that?”

“How old are you? Ten? You’re barely five feet tall, and I’ve never seen you at a tournament before.” The smoothness of his voice gave way to a gravelly edge.

“I’m thirteen, if you must know. I’ve been dueling for two years.”

“Then this should be an easy win. If I’ve never dueled you that means you aren’t high-ranking and you won’t get far.”

“That’s what you think,” Atem spat. “I’ve retooled my desk and I’ve barely broken a sweat. Maybe you’ll be an actual challenge.”

As was customary at this tournament, they walked to the center of the field and exchanged decks for shuffling. Atem looked up at Seto defiantly and realized he was, in fact, really tall. Seto tried to stare him down but Atem refused to let himself be intimidated.

“How’s the weather up there?” He asked coolly.

“Perfect,” came the reply. They finished shuffling and handed their decks back to each other.

“I hope you’re getting enough oxygen at that altitude,” Atem quipped. “You’ll need it.”

“Settle down, boys,” the referee said. “Now, shake hands and we’ll flip for the first turn.”

Yugioh is such a prime fandom for polyshipping, no wonder I vibed with it so hard as a kid.

Ok but how come so many character designs from Yu-Gi-Oh ZEXAL are so good??

I’m sorry, but a show about a card game is undeserving of this absolute bop

I find it intriguing how Joey successfully used this trap against Weevil in Battle City yet Rex defeated it rather easily in the Orichalcos arc. Maybe Rex is the better duelist after all. 😏