when I first watched gilmore girls I hated jess mariano

“Why won’t you leave me alone”

But then I rewatched the series

He doesn’t know how to deal with his emotions

i wish I was comfortable with my own existence lollll

Finding new ways to Love Myself on days I feel like who would ever love me!

Remember, the right person will make you a priority. 😉 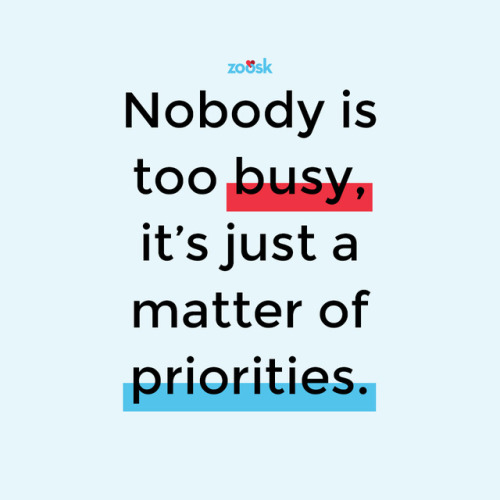 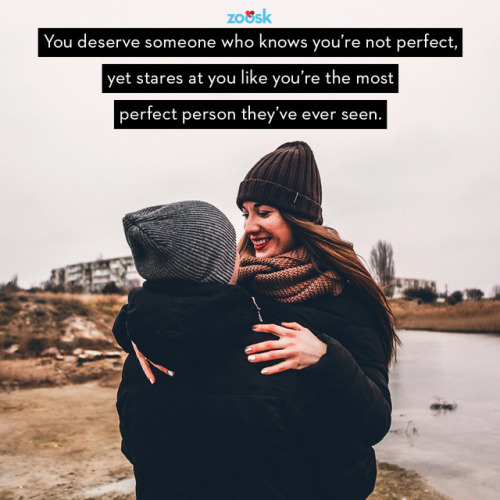 We should remember this everyday. No one’s life is simple.

Just because someone doesn’t yell their problems out loud, it doesn’t mean that they’re living their best life.

Be kind, be gentle.

But most of all, love yourself.

Be kind and gentle with yourself.

Whatever you’re looking for, you’ll find it.

#worldmentalhealthday, #youdeservelove, #mental health, #positive mental attitude, #mental illness, #spread love, #spread positivity, #i believe in you, #support each other, #you deserve to be happy
0 notes · See All
thewholequarterVideo

Your The Whole Quarter… Tell them don’t short change you. You deserve love ❤️

Did it ever happen you to end for your own sake a painful love story despite you loved him badly and some years later to know that there are actually no “what if” questions in your mind?

After years you know yourself better and you simply see that you weren’t made for each others.

Not all the stories have the same happy endings. This is mine. 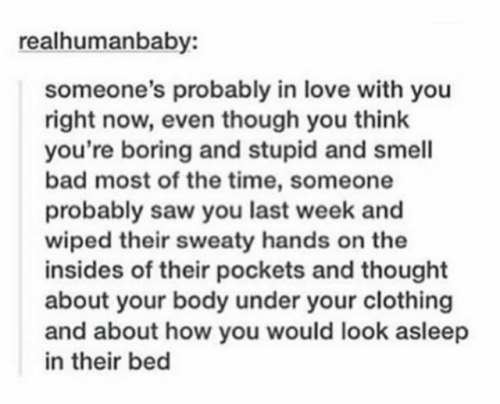 Sometimes you spend so long thinking you aren’t worth someone’s time, someone’s love.

Then one day you have a bad day and your boyfriend takes you to the grocery story to buy your favorite foods. You get annoyed because he’s trailing behind you instead of next to you, holding your hand.

Then you look back, and you seen him taking a picture of Ben and Jerry’s phish food ice cream and you realize he’s been taking pictures of everything you pick up that you love because he wants to remember and has a bad memory.

Then you realize to someone you weren’t worth a 10 minute phone call, but to someone else all they want is to remember every small thing that makes you happy.

Then you realize, you are worth that, and so much more. 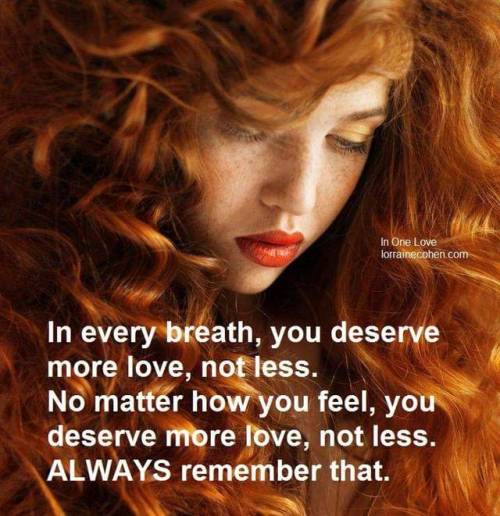 Sometimes I wonder, why I have become such a bitch.
I love myself so much that I started simply to suffer from my self care and self love.
Indeed.
I feel great about a fact I am full and love sharing myself with others.
But not everyone.
With very little people, I must say, at all.
Because I have such a high self respect I let myself into the connections that are pure and honest only.
But blindly with that eternal and huge self love come high standarts.
Searching for a partner, even if it is for a short romance feels like mission impossible.
So many different dates, every guy does his best and I am finding myself bored after couple of minutes while just looking into their eyes.
Next, next, next please.
Voices in my head are whispering: you deserve high frequency, you deserve beauty, you deserve all what is the best.
And I run away.
People are going mad, spam me with hundreds of messages what they did wrong, trying to understand me and I get so cold as an ice and tired of all these stupid questions.
In the end I find myself all alone and single again.

If there is a way out at all?

I long for a great spiritual connection with a high understanding energies, but it looks like I am surrounded by people from the other worlds.
Where are you my friend?
The one who sees me through?
Where are you my lover?
The one who loves me too…
I long so much for your touch, for cosy nights and sunny days.
I long for you my dear friend…
For giggle, laugh and light that never ends…

✨Tarot Daily✨ You deserve love, you are lovable 🏹 The romance angels are cheering you on in your quest for great love by letting you know that you deserve it. As a child of God, you’re naturally loving and lovable person as is everyone. You have the right to be treated with kindness and respect by everyone in your life. If you have had harsh life experiences you may have blamed yourself and feel unworthy of receiving affection. This card is a reassurance that you do deserve love! The more you affirm I am lovable. I am loved. I am loving, the more this experience comes true for you. Affirmations help you believe spiritual truths from a deep, unconscious level. This, in turn, allows you to attract loving people, relationships, and circumstances. 💖✨ #theromanceangelsoraclecards #doreenvirtuecards #doreenvirtue #dailytarot #dailymessage #dailyoracle #youdeservelove #love #neryguide

Once upon a time, there was a boy who loved a girl distracted by her own, distorted universe. Their worlds sit across opposite paths; he lived in the north, she stayed in the south. But they were smart; they’d meet along the lines of the center and trysts were apparent to them. When the time wouldn’t conspire the two, he would send her love notes, during his stay.

He would sing her songs of love, but her ears would only descry despair from its sound.

He would send her flowers as the epitome of their blossoming love, but she would only compare it with the flowers’ short life.

He would tell her she was enough, she was suffice; but she would only decode it with  “was not’s” between his words.

But despite such disparity, he loved her with such mystery.

EXCERPTS FROM THE BOY’S LITTLE NOTES:

You are my home;

Your soul is where my heart is “set in stone;”

In your arms is where I’d spend my whole

You are the song I play on my piano;

Your harmonies curb around my body

Dovetails with the sound it always yearns for.

Liza of the Orient Seas.

I could make a list of the world’s most beautiful faces, but your name is the only thing that would matter the most to me.

In a world where promises are broken and people are easily left,

You are the only thing that is permanent in my heart and will never be sojourned.

This went on forever, his love for her remained unchanged, untouched. Well, except for one.

You are the sun;

Your rays reach through my soul,

Illuminating it, filling the gap

Between my mangled, cracked holes.

If I were to compare you with a single color, it would be red.

You scream of love, yet you scream in pain.

You scream so much power, yet you scream in feign.

But when your lips curves, you shine of vibrancy that any color wouldn’t defeat.

My heart is a garden and you planted it with flower seeds.

We nurtured it until it blossomed,

Watered it until it grew.

I showered it to reach its vitality, with pure duress and desire.

But why would you only sprinkle it scarcely, with delicacy and doubt in your hands?

Do you deserve me as much as I deserve you?

Oh darling, where have your light gone by?

Did the electricity run out,

Or did I turn it off?

Oh darling, why can’t I see your soul anymore?

Did you hide it in a box,

Or did I pour it gray?

Oh darling, why didn’t you cling onto me?

Did your arms get tired,

Or did I push it away?

Oh darling, how wrecked have you become?

Did you get yourself scarred,

Or did I tear you asunder?

He stopped. He was so busy fixing her that he forgot to fix himself.

THE GIRL’S FIRST, LAST AND ONLY NOTE

I turned off the lights from the hope you gave.

I poured my soul gray as your soul intertwined with mine.

I pushed you away, while l I pushed myself away from my body.

I tore myself in pieces, as you tried to fix it back.

But I was not.

Your insecurities do not only destroy you, but the others that love you. Plus, the things we “overthink” and worry the most usually do not happen anyway. Love yourself, accept love and love in return.

Heartbreaks are rough, but just remember if they made you feel that way they don’t deserve you

Why do we have to treat people who are different like they aren’t human beings? Just because they look different or have a different sexual preference …… doesn’t mean that it gives you a right to place them at your feet, doesn’t give you a right to make them feel like they aren’t human…………. If I could I would give you a hug for being who you are and for trying to be who you want to be because that’s what you deserve…. love… you deserve love and happiness…. why should that be taken away…….

Well it all started when I was 9 yrs old. I started to notice I really was uncomfortable about the way I look, sound, feel, how I see things and my gender. I started searching things on the Internet to see if it’s ‘normal’ or something. I found out it was called transgender. And then I realized that I found women, men, and all the other genders/sexes attractive. I wasn’t that open. Until 5th grade I was 11 yrs old. It got worse and I started to be depressed. I tried many times to kill myself wondering if I were to be born again a male and the way I wanted and ever dreamed of. I always leaned over to seeing myself as a male. I never liked myself or my body. I was way to open in 5th grade going around carelessly telling people my sexuality and how I saw myself. Most people didnt accept me and they bullied me. I then again started depression and etc. By 6th grade I started thinking more and more about myself and my gender and sexuality, I was still very open. I started dressing up more in ‘boy clothing’ and cut my hair short, and I stated telling friends and others to call me Lucas. And told them my gender was male and i wanted people to use male pronouns. Not all but some did and they did as I asked them. Whenever my mom or anyone say she or something I feel just so bad and sick… Then more bullying but most of the bullying was online. Now in 7th grade I am going to a therapist and much more. More depression but I try to stay positive. Til this day I’m a male, and Pansexual. I will always be a male.