Thank you for playing with me. :3 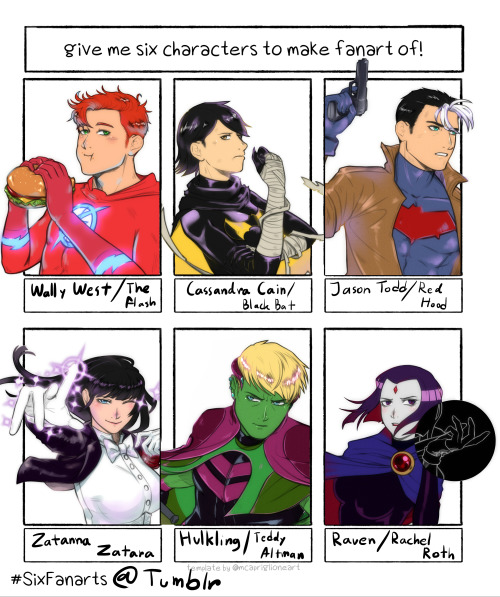 (My English is not so good, so, this is translated with Google, sorry if there is any error)

The fandom is dividing (more to the extreme than Civil War) and I think the worst thing is that I AM IN FAVOR OF BOTH OPINIONS! Simply: yes, writers should not think of Billy as someone out of a yaoi manga, but they should give him a good development, whether of history or personality (I think current writers forget that he has depression and that he is not so immature as to say something like this (last panel):

But I think that it is not bad that it simply has a “youngster” body (it is the literal translation that appears to me of the word they use in English: twink).

I think you can be in the middle of this internal battle of fandom.

Wanda: You are now one day closer to eating your next plate of nachos.

Billy: This is the most hopeful thing I’ve ever heard.

Pietro: What if I die tomorrow and never eat any nachos?

Billy: Does mom dream in English or Romani?

Lorna: bold of you to assume Wanda sleeps.

So who would actually be the best love interest for Prodigy? (The answer is NOT Teddy) 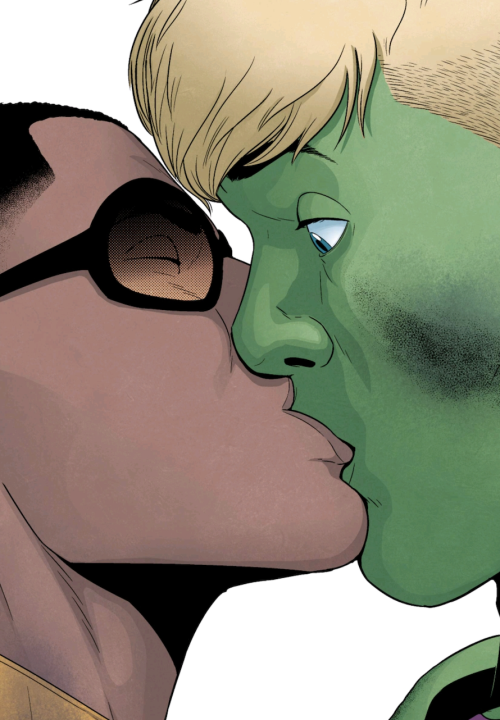 As the Superhuman Registration Act passes, the first superheroes to get arrested for vigilantism are Patriot and the Young Avengers. While Patriot has been hunted down by the S.H.I.E.L.D helicopter, the other Young Avengers are arrested and taken to the prison convoy truck. 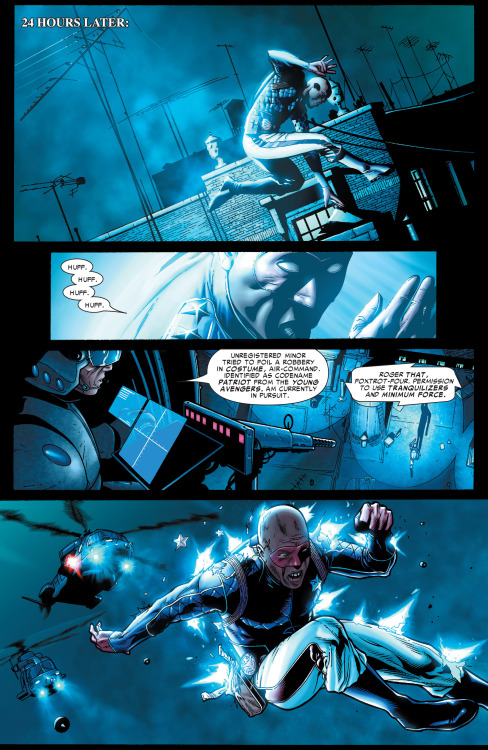 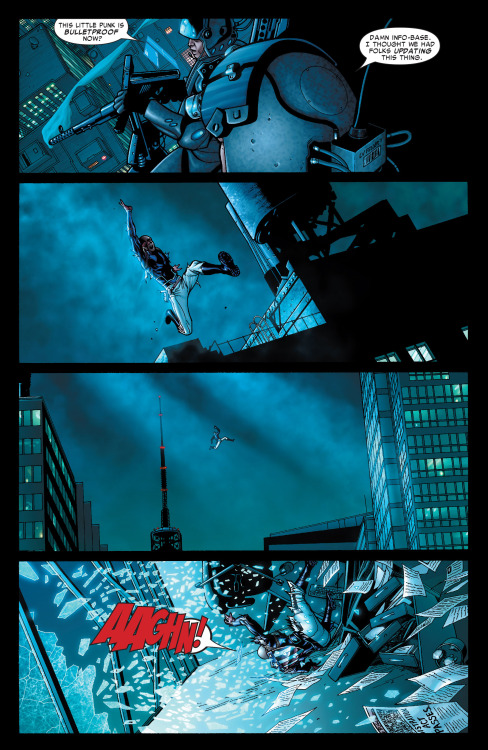 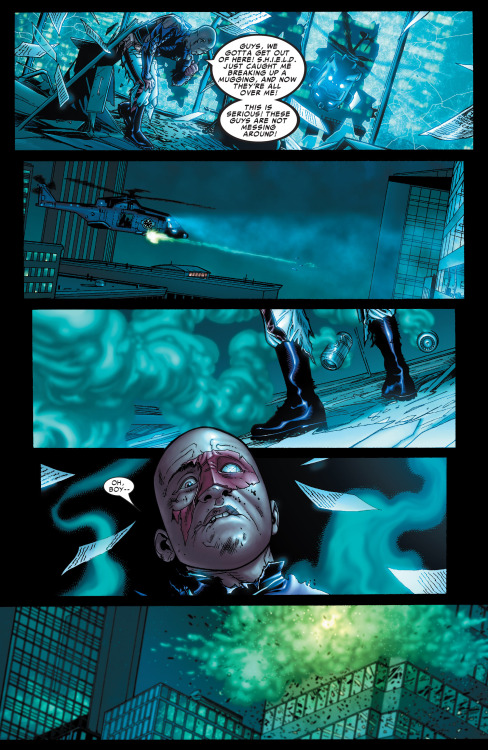 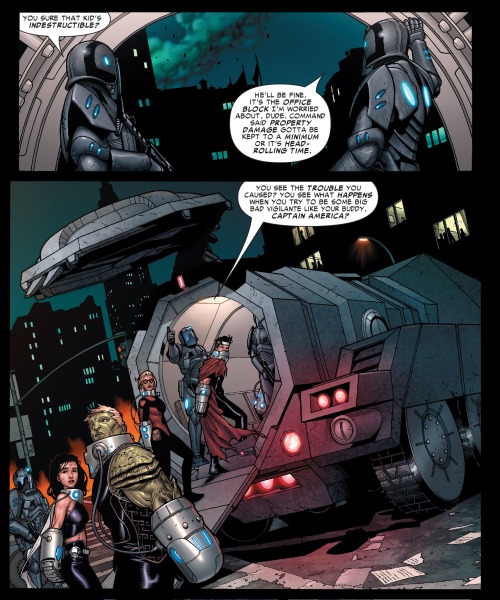 Okay the Teddy one didn’t turn out well and obviously it’s not all canon at this point but:

-Age difference between Billy and Teddy is canonically one year-although this conflicts with Billy’s age in Children’s Crusade, where he and Tommy are stated to be fifteen. Considering that Cassie has always been the youngest and she was almost fifteen, and time had definitely passed, I’m assuming CC was incorrect.

-Teddy is older than Kate, so I don’t know what Gillen was doing when he made Kate older-assuming that Teddy is currently around 20 years old.

-Yeah, some of us already knew the Teddy thing: Heinberg originally didnt think that Marvel would greenlight a prominent gay couple, so he would have Teddy and Billy fall in love, only for Teddy to reveal he was actually female and Billy would continue to date her. However, to his surprise, Marvel approved of them both being male, so he scrapped it.

-Billy and Tommy are adopted.

-Tommy is, or has the potential to be, as powerful as Billy

-It looks like the vast majority of Teddy’s background and character were changed, which is good because I don’t know how I would have felt if he kept Teddy like the original concept.

-Teddy and Eli never got a codename upgrade, but I’m not sure why-they were all supposed to change codenames.

-I’m particularly interested in the people Heinberg would have cast. For instance: an African American Tom Cruise for Eli

new content? in my fandom? its more likely than you think

You know those fandom fanarts of like a giant group of friends/characters all napping together and its just,,, so,,, beautiful. Someone needs to do that with the YA. It would legit cure my depression.

Billy and Teddy couldn’t afford the apartment since their back pay was still frozen by SHIELD, so they sold the loft for the exorbitant amount of money it’s worth, and moved to a cheaper, brick building that we saw in Jim’s beautiful art in Incoming:

This is hte best panel I could have found. there’s an earlier shot of them through the window, which shows a brick building and a small window.

Out of canon theories:

Tini didn’t read Ewing’s run. This is obvious because if she did, she would have seen him as an  Avenger, leader, as a powerful reality warper, instead of the quirky gay teen she writes him as. But she might have heard they were living alone and had the artist come up with something accordingly. Since the apartment is the only thing from Death’s Head that made it into Strikeforce.

I know that tumblr kinda harakiri’ed itself and it’s seemingly void of activity, but might as well post this art meme here. 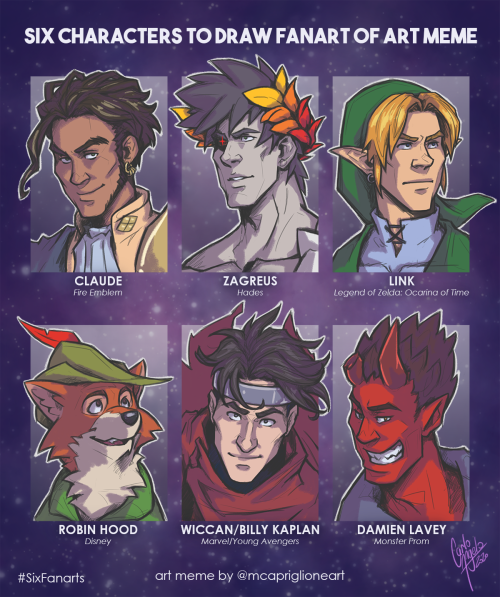 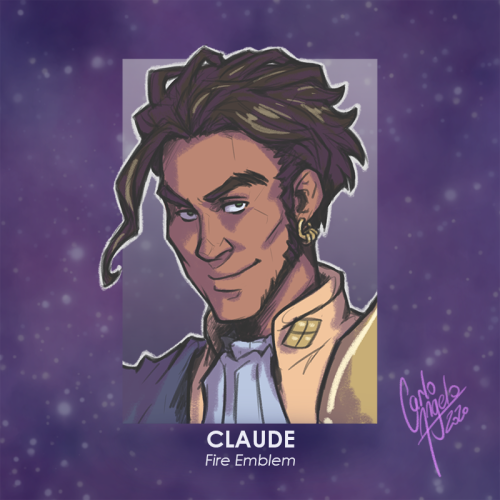 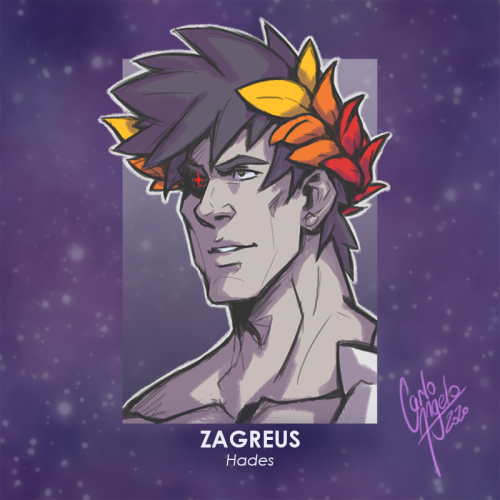 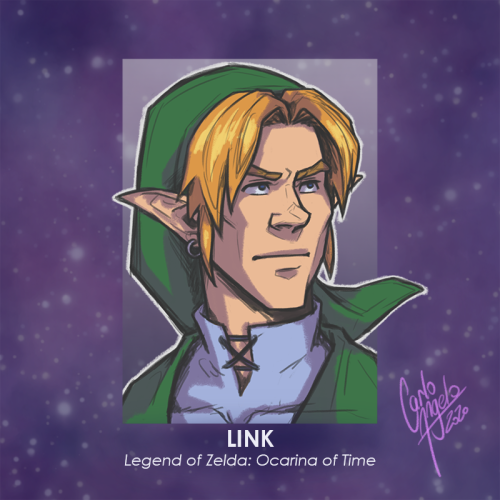 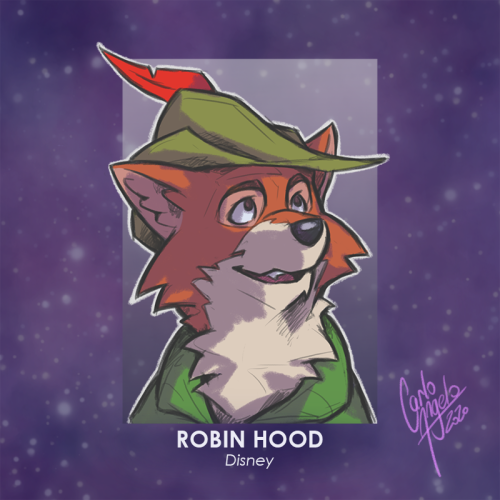 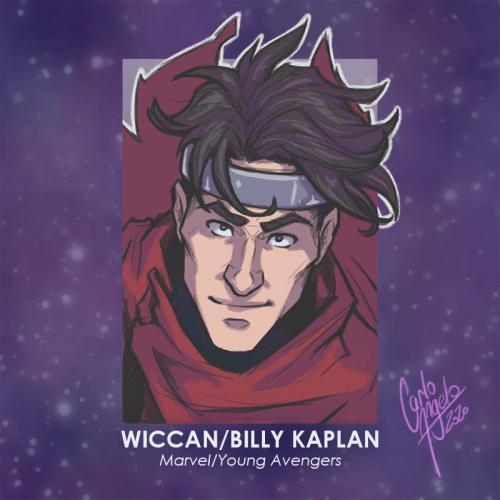 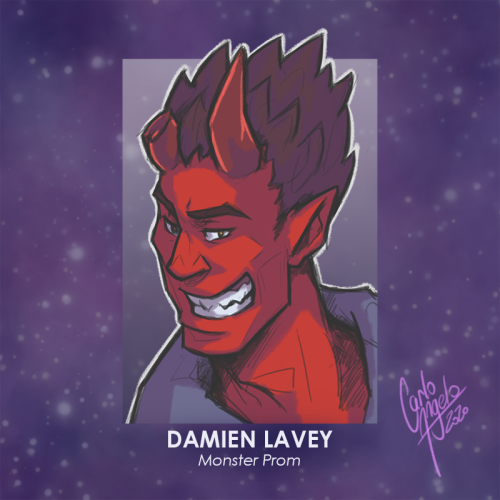 Like Ewing, please make this happen. I really need this.

but I will settle for a good writer, a good artist, and a good plot with the OG team under the same title

In reference to my post, that blew up about Billy being constantly turned into a twink and how he’s being stereotyped. I completely blocked this from my mind. Teddy has a freaking 5 o’clock shadow like an adult. And Billy looks like he’s a kid, like a 14-year-old kid, and also, a bit like a girl. And compared to Teddy just looks a smidge creepy. This is especially seen in the top right panel and at the bottom.

And I’m not even going to talk about how Billy and Teddy who have known Kate the longest aren’t even the ones cheering her up. It’s largely Prodigy (Who Kate barely shared a conversation with) and America…and then Teddy…while Billy plays with a dog??? Ming Doyle, why? Stephen Byrne why???

Like this is coming off pretty problematic. And y’all know I don’t use that word lightly.

I feel like his powers have evolved enough that he needs to not chant like he used to.