Zhuiling is actually such a good ship name. It literally means chasing Ling (or chasing ice or chasing arrogance). I would say that Jin Ling’s name is fitting but my mom has the exact same Ling as her name and her personality is probably the opposite of his.

Anyway I doubt Lan Zhan was thinking this when he gave A-Yuan his courtesy name but it is very easy to make a ship name out of, unlike a certain Jiang Yanli.

Then again, Lan Zhan named a love song with his ship name so…

been so long since I wrote /cracks knuckles

Wen Ning thinks it’s an unconscious action on their part; wonders if he should let Ah Yuan and Jin Rulan know that he knows ever since he entered their home. Or - Are they trying to keep their relationship a secret? Wen Ning frets. Nervous, he chokes on a cough, staring wide-eyed at where their hands are.

or, 5 times lan sizhui and jin rulan (unsuccessfully) hid their relationship, and 1 time they didn’t. 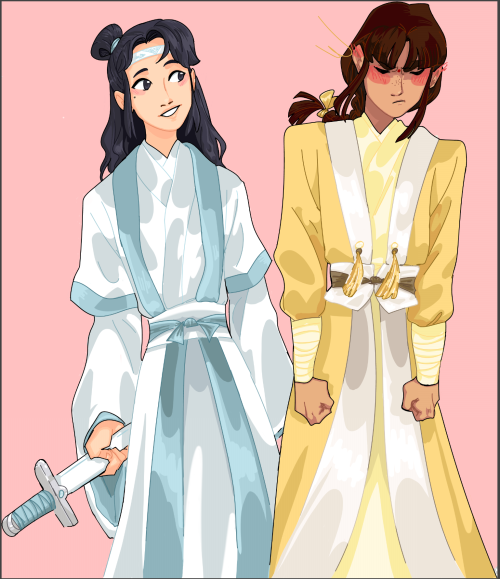 surfing on the internet, found this treasure, *cries* I must share it

Sixteen years after the death of Jin Guangyao, the newly elected Chief Cultivator Jin Rulan arrives at the Cloud Recesses with an injured arm, thirty armed disciples, and desperate need for back-up. 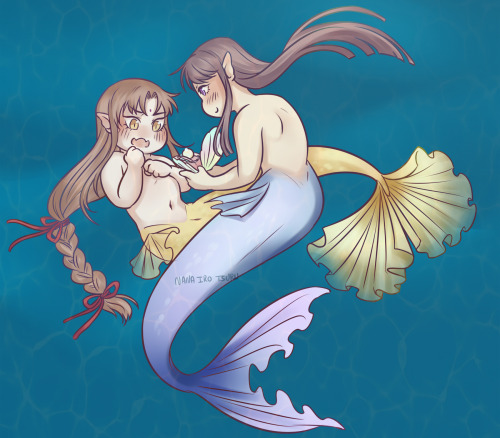 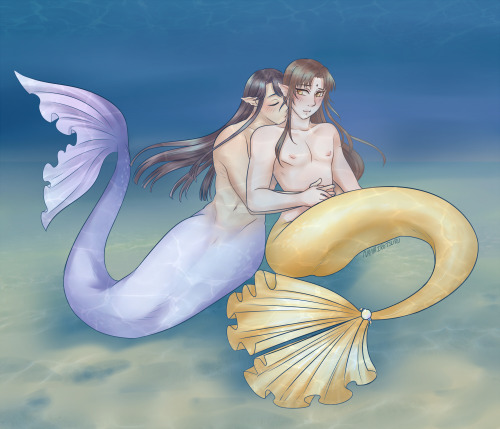 Ooooh good question, I don’t actually! I haven’t written them as a ship before so I also haven’t really read any fics yet, normally I go explore fics when I write the pairing, so I read some other fics for reference.

I’ll let you know if I run into any, seems like a fitting trope for them especially if missy Jin Ling gets jealous awaw…;; ^^

Lan Sizhui: I feel the need to do something stupid.

Jin Ling: I said that out loud. 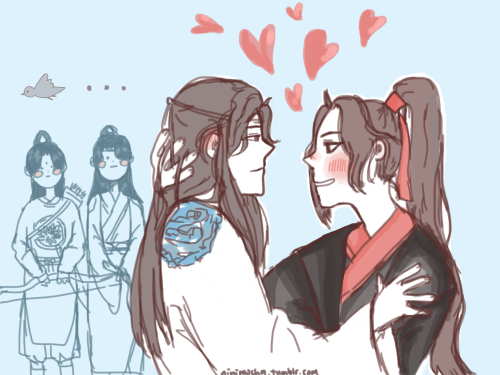 A concept: jin ling and Sizhui being so busy pinning and yearning for each other that they don’t realise in the time it took them to finally get together, jingyi and zizhen have had time to start dating, get engaged, get married, and are now in the process of adopting their first child.

#Zhuiling, #mdzs, #plot bunny, #jingyi and zhizen are smart practical boys, #they fucking talked to each other when they realised their crush, #unlike SOME PEOPLE
36 notes · See All
ibijauLink
Just the sight of you (is getting the best out of me) - Weddinghttps://archiveofourown.org/works/22339012/chapters/58000543

It’s not that Jin Ling is up early, and more that he hasn’t managed to sleep at all. He tried, he did, but he was too full of excitement and worry to keep his eyes closed because today, at last, he’s marrying Sizhui.

After such a long wait, it’s almost hard to believe the day has come. Maybe it won’t feel real until they’ve finished their three bows, or until Sizhui finally bears his mark as proof that they belong to each other. For now, Jin Ling feels in the middle of a dream as some servants help him with his hair and clothes. His red wedding robes are beautiful and heavy with embroidery and, perhaps, a little uncomfortable to move in. Not that he’d ever admit to that. He can deal with this, the same way he can deal with everything else.

When Jiang Cheng comes into his room and sneers at the way he’s dressed, complaining that it looks too expensive, Jin Ling’s good mood breaks for a second. His uncle always finds the wrong thing to say.

“We’ll see how you dress when you get married,” Jin Ling points out. “Are you still blacklisted by every matchmaker in the country?”

At long last, Lan Sizhui and Jin Ling are getting married

#Jin Ling, #Lan Sizhui, #zhuiling, #mo dao zu shi, #the untamed, #abo, #aaaah I'm so emotional about kind of wrapping that AU!!!, #I could have done better I feel with this chapter but I'm also pretty happy with it!!, #mdzs, #fanfic
23 notes · See All
linxuelianLink
The Grudge and the Lotus Hairpin - Chapter 1 - LinXueLian - 魔道祖师 - 墨香铜臭 | Módào Zǔshī - Mòxiāng Tóngxiù [Archive of Our Own]https://archiveofourown.org/works/24057922/chapters/57894493

In an alternate timeline where some major events have changed, Jin Rusong accompanies Jin Ling to the Burial Mounds to celebrate his cousin’s fourteenth birthday. There, the two encounter a certain Wen Yuan, who has a chip on his shoulder with the Jin Sect - and a crush on Lanling’s Young Master Jin.

alright let’s do this thing

part one is here!

-note: i didn’t establish this before, but they’re in an inn room when the whole thing happens.

-they wake up and there’s a knock on the door

-jl and ljy argue quietly about who should open the door

- “i’m the prince for [insert name of an important religious deity]’s sake!!”

-also because lsz is least likely to mess up

-he opens the door and it’s the captain of the royal guard.

-the captain introduces himself and explains

- “we tracked prince Jin Ling to this location. we have multiple eyewitnesses saying they saw someone who matches his description here. we’re offering a monetary reward for anyone who has information.”

-meanwhile jl and ljy are prepared to jump out of a window to escape if needed.

-and by a miracle we all know i mean lsz

-he somehow charms the captain out of their room and promises to keep a look out for the prince.

-lsz goes back in, waits a couple minutes for the cap to leave, and goes to find jl and ljy huddled under the window whisper-arguing.

-they talk and lsz, being the gay angel he is, agrees to go with them to who-even-knows-where

-i know where, because i’m making them travel to lsz’s home

-the secluded cloud recesses, which is a famed school for swordfighting and martial arts

-jingyi doesn’t say anything about having to live there, and when jin ling says something along the lines of “wait a sec didn’t you used to live ther-” jingyi just shushes him.

-TIME FOR CONVENIENT-TO-PLOT BACKSTORY TIME (UNDER THE CUT)

Romeo+Juliet AU because I have no self control

I couldn’t think of a costume for LSZ, but let’s be real if he saw a cute boy with butterfly wings he’d fall in love on the spot, so at least there’s that 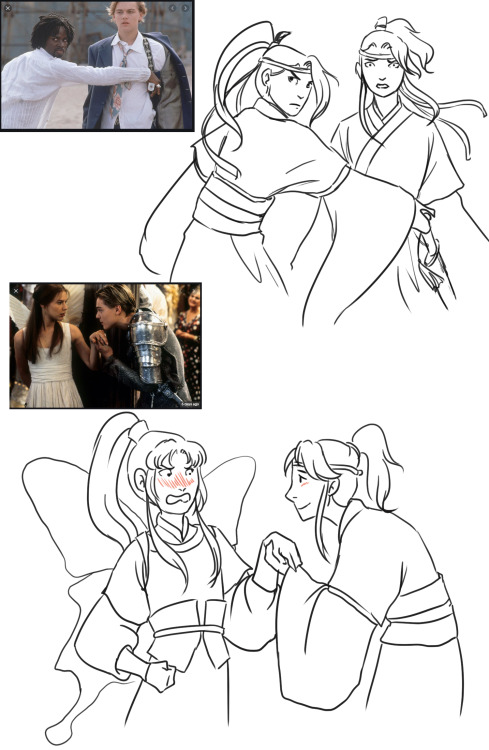 #lan jingyi, #lan sizhui, #jin ling, #zhuiling, #mo dao zu shi, #you can tell this is rushed but fjdskfjlsfds I had an intense need for this sorry, #jau draws
60 notes · See All
ibijauAnswer

First of all, I DEMAND that it is a modern AU, but for unspecified reasons, everyone is still wearing the elaborate robes they have in the drama. That, or they’re all wearing stuff from their respective concerts, which is absolutely awful too. Either way, crazy fashion is the way to go.

ANyway, it’s a Lan VS Jiang/Jin setting. They had a major falling out after the mysterious death of one Wei Wuxian.

Sizhui is Romeo, raised by his father. Jingyi is Mercutio because you know NO ONE ELSE can pull off that crazy yet insightful vibe, and also i DESERVE Jingyi in drags at the ball ok

Jin Ling is Juliet, raised by Jin Guangshan Jin Guangyao (who mostly gets the lines of Lady capulet, because who better to have those awful, awful speeches about marriage). Jiang Cheng is the nurse, both loving and bullying in turn but always utterly dedicated.

Who the fuck would be Paris? Good question, I’m going for Sect Leader Yao because I fucking hate him and guess what, I hate Paris as well because he is SLIMY AND SPEAKS OPENLY ABOUT HAVING SEX WITH A 13 YO GIRL IN THE PLAY OK I HATE HIM

anyway, the LAN and Jin are in fucking OPEN WAR because some years ago, someone killed Wei Wuxian. Both sides blame each other. Heavily. Using swords.

Wei WUxian isn’t dead, he’s playing priest in the Yiling district, dealing weed to kid and making experimental drugs out of turnips. He is mildly aware of the war happening because of him, but this IS Wei Wuxian, so he misunderstands the situation and thinks they’re at war because they both wanted to be the one who killed him. So he lays low. And deals weed.

The story goes mostly the same

Wait I need a Tybalt. It’s. Uh. It’s that shitty cousin Jin Ling has? The one Wei Wuxian helps him beat up in carp tower? Unless someone has a better suggestion.

Story goes mostly as it would normally go.

Except JC is a lot angrier than the nurse and probably swears a ton.

Instead of poisoning himself, Jin Ling takes something to turn himself into a (fake) fierce corpse/puppet.

Bad ending: Sizhui returns, distraught at the news of his beloved’s fate. Like the good, dutiful boy he is, he eliminates the fierce corpse/puppet that Jin Ling has become (thus unkowingly ACTUALLY killing JL), then kills himself. Wei Wuxian is fucking devastated. So is everyone else. It’s awful and it’s a very bad ending and tbh I kinda love it.

Good ending: Sizhui returns, distraught at the news of his beloved’s fate, and has the fucking brain cells to steal away JL and take him to WWX, who he KNOWS is an expert in that sort of things. JL is restored to normal. LWJ, who somehow followed them, is reunited with WWX. Also Mercutio/Jingyi turns out to have survived his terrible wound after all! (but not JL’s cousin because I don’t fucking like him nor do I care enough to keep him alive)

oh, yeah, btw, nhs is the Prince/chief cultivator, because he is the perfect mix of absolutely useless and ruthless at the wrong time :D

#plot bunny, #jau write, #zhuiling, #my only talent in life is coming up for AUs based on whatever's the last film I've seen, #posting publicly because this got long and I don't want to lose it oops, #meliegribouille
44 notes · See All
pinkyfresPhoto

Cute kids being cute again (because they are) 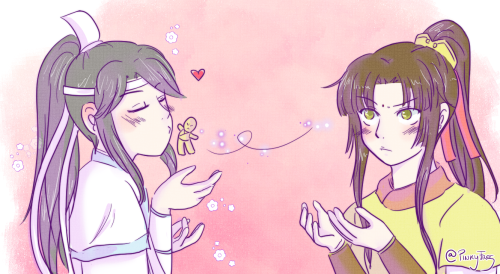 I drew this for my sis

I tried out a new style idk how i feel about it but i really like the detail! 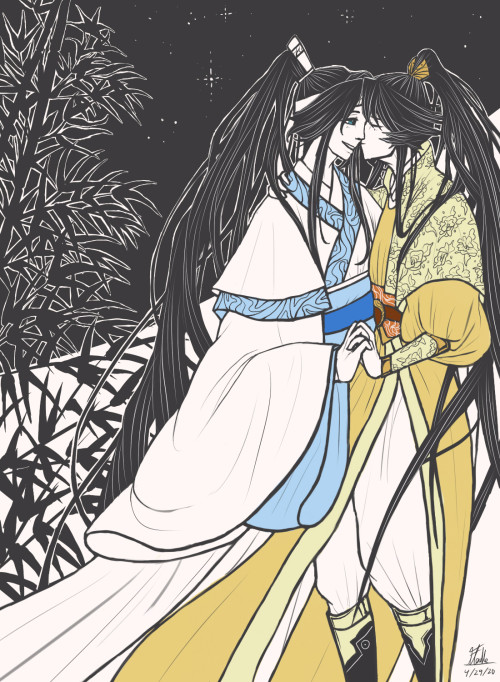