Work, school, relationships, family life, friendships, hobbies, and more; nowadays, it seems like there’s far too much to do and too little time to do it all.

The only consolation is that this is a trend exhibited across the board. We all feel like there’s too much pressure and that we should be doing more to improve our situation…Or do we?

While it’s true that we all feel a certain level of pressure to fulfill all of our obligations, the truth is that some people just pressure themselves more than others.

Call them perfectionists or highly-driven personalities; the following zodiac signs will run themselves into the ground in an attempt to excel at anything they do.

Virgos can be quite the perfectionists and are well known for putting too much on their plates.

They think highly of themselves and their abilities, which translates into the habit –both good and bad– of trying to do too many things at the same time.

For Virgo, being average is unacceptable, and it shows with their insistence to try and do everything perfectly without any kind of outside assistance.

Cancers aren’t known for being perfectionists, but they’re known for having a hard time relaxing and just cruising by.

While they’re okay with not being the expert in a subject, they still enjoy being the best around, which means their competitive spirit might shine through in the worst moments.

A Cancer will always try their best to be as well-informed and educated as possible on the subjects they care about, and if the opportunity arises to turn that knowledge into a competition, they’ll be all over that.

Known for their love of luxury and comfortable lifestyles, Capricorns aren’t afraid of getting their hands dirty to get those things.

While working to fulfill one’s dreams and expectations is always an admirable trait, Capricorns tend to take it to the next level and will actively work to the point of exhaustion just to get what they want.

We all want to achieve our goals, but Capricorns will go to hell and back to get theirs, even if no one asked them to.

Driven and ambitious, Scorpios are the kind of person who will work relentlessly to get what they want and, more often than not, they will achieve it.

The problem with Scorpios, however, lies in the fact that they don’t always know what they want.

Oh, they know what they want at the moment, but they’re a naturally envious sign, which means “what they want” often depends on what other people have.

Because of this, Scorpios have a hard time being satisfied, and that leads them to demand more and more of themselves.

How’s one supposed to stop and enjoy what they’ve achieved when you measure your success based not on your goals but on other people’s?

Driven by their need to impress and to be the very best, they’ll work as hard as they have to work to maintain the illusion; and it is an illusion, for no matter how much they like to pretend otherwise, Leos are but mere mortals who need as much rest as everyone else.

Their drive is commendable, but Leos could benefit from letting others see their more human side.

Renowned for their creativity and out-of-the-box thinking, Aquarians are nevertheless trapped by this very talent.

They know they’re supposed to be the creative ones, so they’ll try their hardest to fit into people’s expectations, even if they’re feeling completely drained at the moment.

Aquarians will snatch victory from the jaws of success if it means appearing a little bit more creative, a trait that doesn’t win them any fans amongst friends and co-workers.

While this drive to be the best and the most creative can be commendable, Aquarians need to understand that sometimes “good enough” is seriously good enough.

So after years and years I finally decided to do chart readings. For that reason I can’t answer anymore description or anything that is too specific or in a way would go against my work. In the next days everything will be ready with a sample where you can look how I do my work. Stay tuned and I can’t wait to start doing your readings!

If it’s possible I would only allow Capricorns and Leos in my life .(No offense to other zodiac signs)

i hate the accuracy of this literally just have one thing in common with me and I’m yours :’(

quotes about virgos i feel are true:

“Virgo people are generally respectable, hard-working individuals who have a love of knowledge and know-how.”

“Virgos self-sufficient and self-contained, at least on the surface.”

“Many Virgo Suns are not too comfortable in the limelight. These types are just fine living in the background, as long as they feel useful and appreciated.”

“Solar Virgos have a strong sense of responsibility.”

“Not all Virgos are workaholics. However, when Solar Virgos are not involved in some kind of project, there is generally a vague feeling of discontent.”

“The fear of under-performing is often strong. Virgos want to do things well.”

“There’s an odd combination of the intellectual and the practical in Virgo that is sometimes mistaken for coolness.”

“Add plenty of worthwhile projects to keep them busy, and Virgos can be some of the sweetest, kindest people around.”

instead of the “clean freak ocd” stereotype virgo let’s go with hardworking, self sufficienct, and intelligent

Aquarius: Are you eating generic GoGurt?

Libra: That’s so boujee. I bet she shops at Whole Foods.

Leo: No it’s from the organic section of the local grocery store.

Tomorrow, in addition to a Full Moon, we also have a few potent transits that will make this Halloween especially potent. First we have an opposition between the Sun and Uranus. Our sense of identity, currently being informed by the deep, embodied wisdom of Scorpio, is being tested by a tense aspect from Uranus, an agent of freedom and sudden change. If there are limits or self-imposed boundaries around who you feel yourself to be, prepare to have them shaken. If freedom is what you already seek, you may have a new insight or be given a way out of a current bind. Either way, finding your groundedness, your refuge, in the midst of this change is crucial.

Additionally, Mercury in Libra is receiving a tense aspect from Saturn in Capricorn, creating a dynamic, possibly tense relationship between the way we communicate and how we structure our lives. You may have difficulty being understood, which is a challenge for the relationship-oriented Libra archetype, but the transit adds a deep, disciplined power to our mental faculties. Though it’s not a good time to plan or negotiate with others, you are able to think realistically and even get to the bottom of an issue without illusions. Just know that pessimism is also a feature of this transit. You don’t have the whole story. You can’t see the whole picture. As long as you can put your insights during the day into context, you can use your brain responsibly and diligently.

For how to handle these current transits, read on. 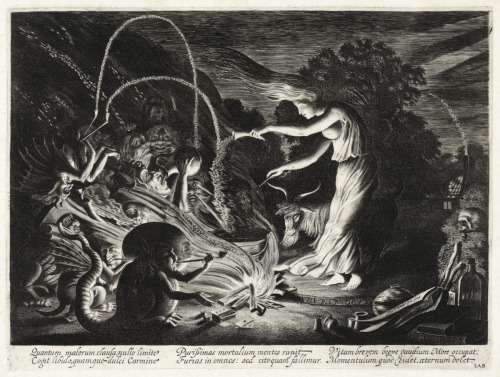 Pisces the other Bi zodiac. And still the most naive one. But she does know of Aquarius’ crush on her. She just likes seeing him flustered.

Cancer’s redo. Honestly probably not much change. He’s the asexual bby of the Zodiacs and still hang out with Capricorn. Will still punch Leo for calling Capricorn Caprisun.

The signs as questionable things Harry did

aries: stealing Mr Weasley’s car and flying it to Hogwarts

taurus: only ever using Expelliarmus against Voldemort

gemini: waiting until one week before the second task to follow Cedric’s hint

cancer: using Sectumsempra on Malfoy without knowing what that spell would do

leo: insisting on facing the Horcrux hunt all by himself as if the previous 6 years hadn’t shown him that he needed Ron and Hermione’s help

virgo: saying Voldemort’s name while on the run, knowing that the name was taboo and jinxed

libra: dunking his face into the Pensieve in Dumbledore’s office without knowing what it is or what it does

scorpio: forgetting the Invisibility Cloak on top of the tower after sending Norbert, the dragon, off

sagittarius: using Tom Riddle’s diary and believing in the memory it showed him

aquarius: neglecting his Quidditch captain duties to obsess over Malfoy

pisces: never using the two-way mirror he got from Sirius

Every sign rules a house which are specific areas of life. So every person technically has every sign working through them. The difference is planets in the signs are energies that stimulate priority focus in certain houses. Signs ruling houses with no planets exist like they are in the background. We still have this attitude of the sign toward matters of the house, they just don’t feel immediate to us.

“Come with me where dreams are born and time is never planned.” - Peter Pan

Aries: You have too many teeth. I’m just going to get rid of a couple.

Taurus: Trust me, if I’m threatening you, you’ll have a barrel to look down. Till then, I’m just making a conversation.

Gemini: I’m not good at sit ups, push ups or pull ups. I am pretty good at fuck ups though.

Cancer: At my funeral, take the bouquet off my coffin and throw it into the crowd to see who’s next.

Leo: If karma doesn’t hit you, I fucking will.

Virgo: What doesn’t kill me should run, because now I’m pissed.

Libra: what? I wasn’t listening. my ears reject boring topics.

Scorpio: Hitting the gym to release stress is not nearly as effective as hitting the people that cause the stress to begin with.

Sagittarius: I tried to write (I’m a functional adult) but my phone changed it to ‘fictional adult’ and I feel like that’s more accurate.

Aquarius: Sometimes, I don’t realize an event was traumatic until I tell it as a funny story and notice everyone is staring at me weird.”

Pisces: Honestly, i don’t have much of an active role in my life anymore. Things just happen and I’m like, ‘oh, is this what we’re doing now? ok. 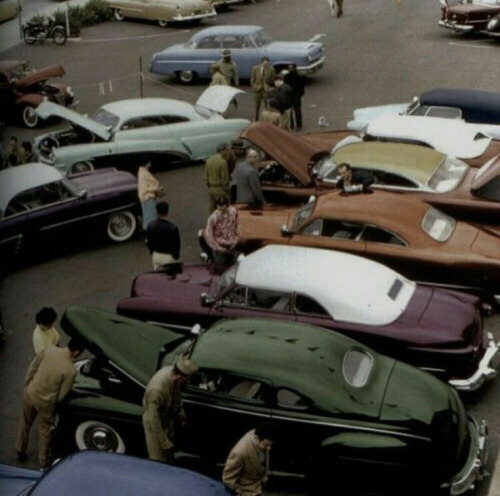 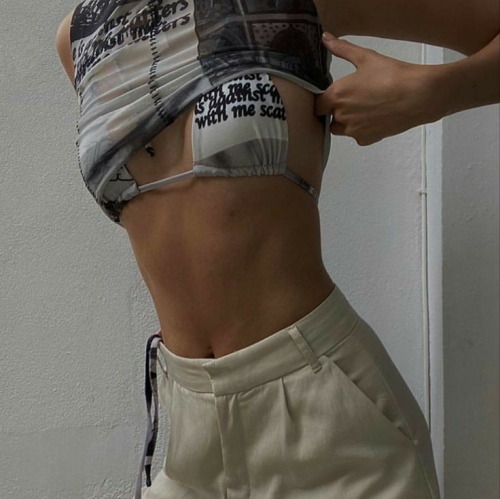 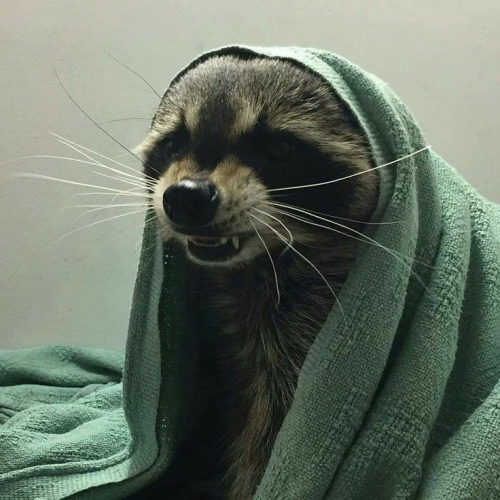 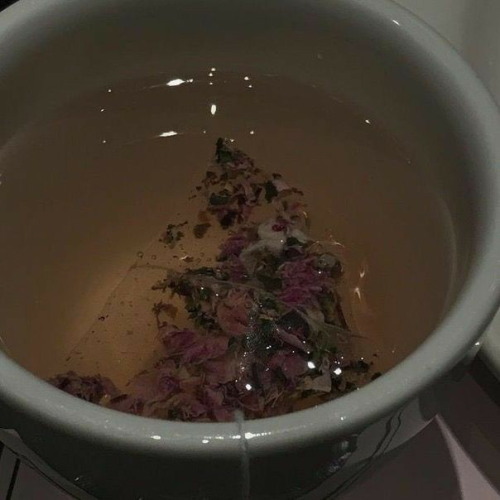 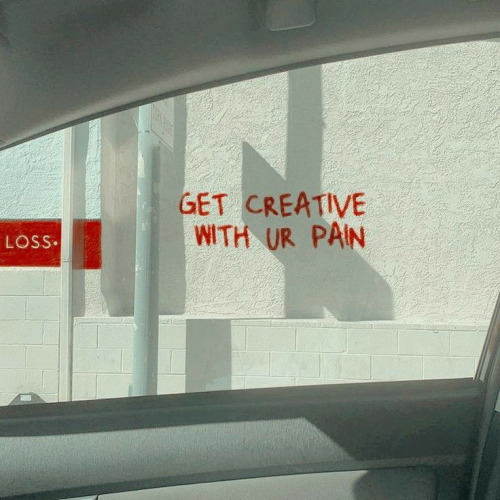 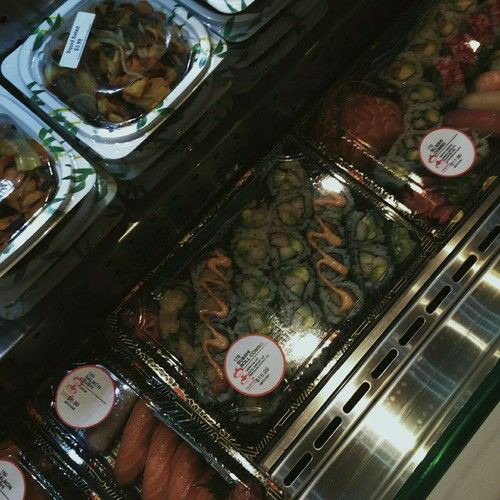 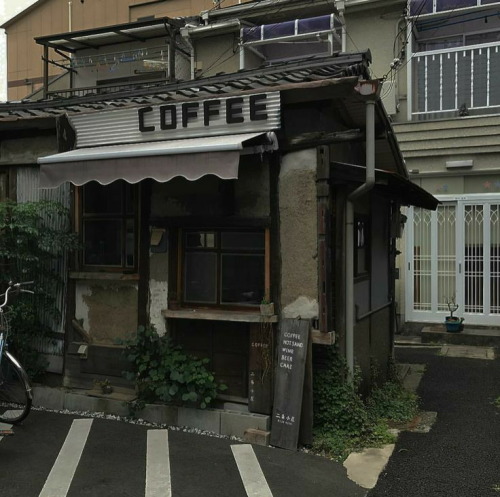 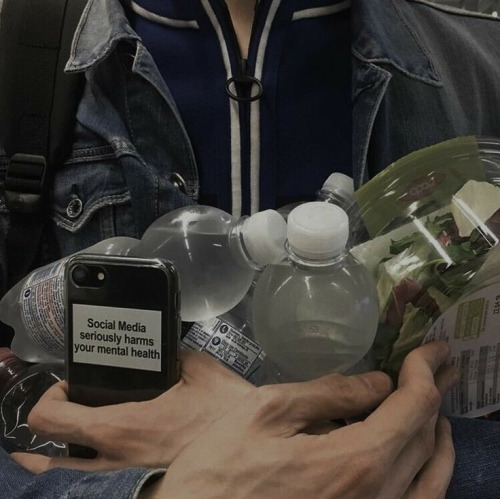 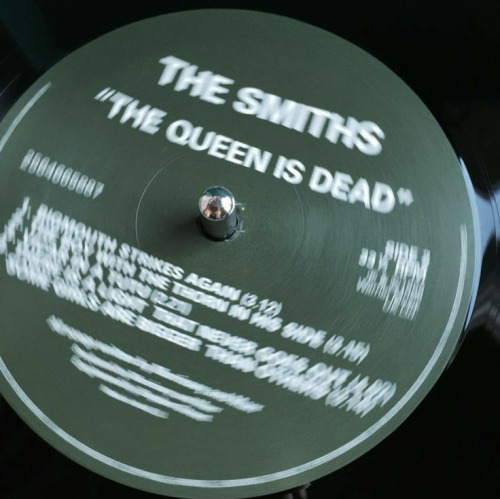 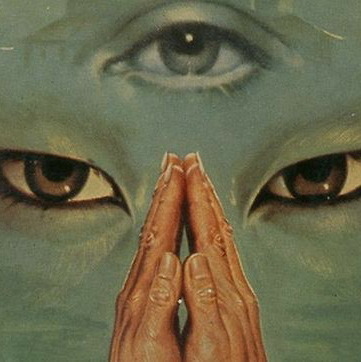 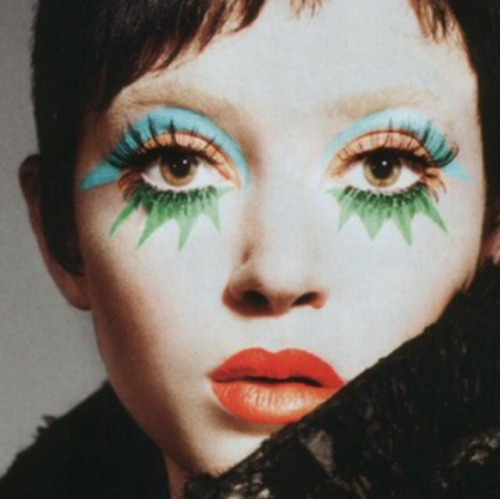 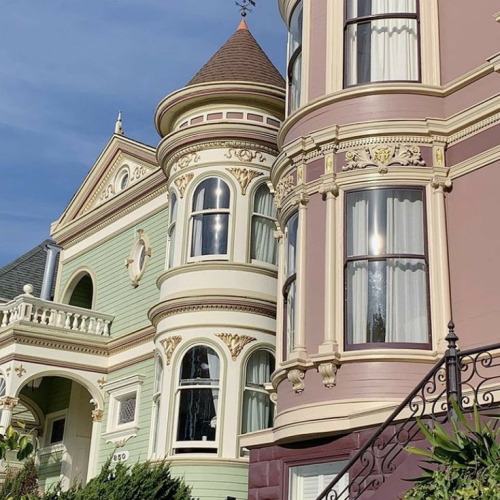 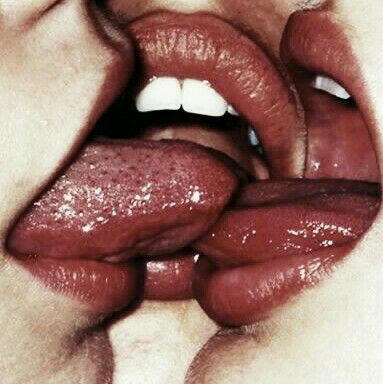 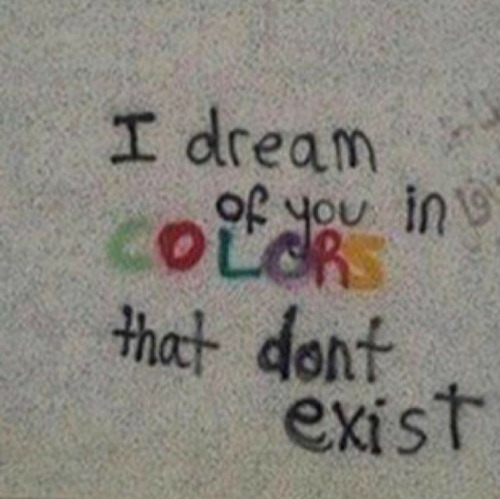 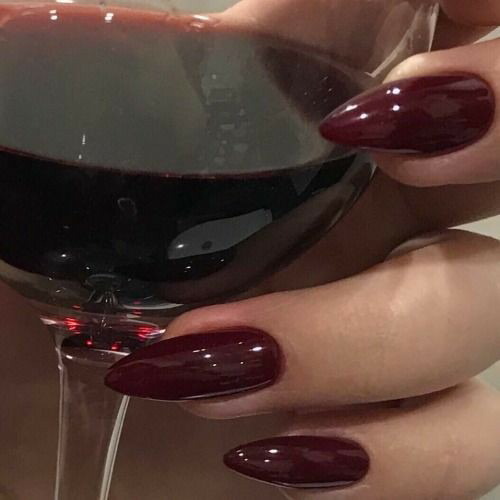 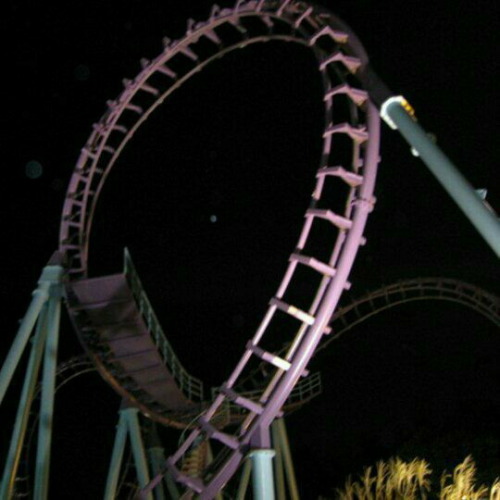 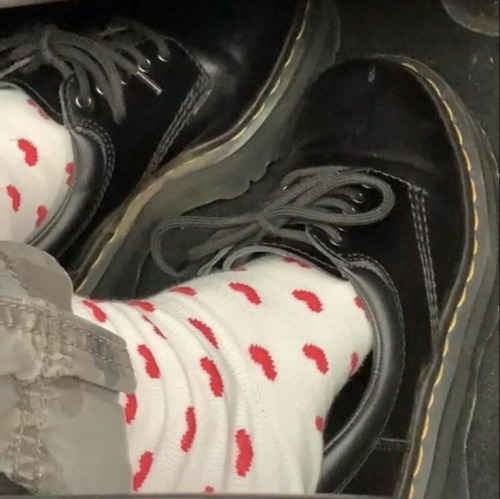 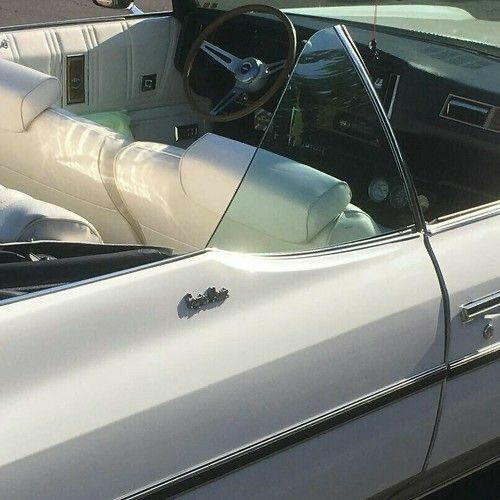 Watch “Gemini ♊️ | Ex or Next | Cupids arrow is coming to complicate your decision making.. | Tarot Reading” on YouTube