tanoraqui
At Best, an Untamed Hero
Only found in comets...and in trace amounts in blueberries. (NevillesGran on AO3, Thobbit on ff.net but that's not as good. Search this blog for the niche crossovers of your dreams, which I make up when I should be asleep.)
Explore Tagged Posts
Trending Blogs
Statistics
We looked inside some of the posts by tanoraqui and here's what we found interesting.
Inside last 20 posts
Time between posts
2591.55
Number of posts by type
Photo
7
Video
1
Audio
0
Text
12
Chat
0
Answer
0
Link
0
Quote
0
Fun Fact
The name Tumblr is derived from "Tumblelogs", which were hand coded multimedia blogs.
tanoraqui · 14 minutes ago
Photo

#marvel#wandavision#you might say we’ll be experiencing...double vision#(I bet they COMBINE! it’ll be so great)
1K notes
tanoraqui · an hour ago
Text

i’m truly feeling something profound&unfathomable at the scene were celestecheckoutgirl oldguard takes care of andromache “andy” oldguard because like. hang on hold on i literally am choking up- she’s SO old. she’s so old. babygirl she’s seen civilisations you’ve never even heard of and all celeste sees is this woman who is in pain and needs help. like is anyone else feeling 100% scrampled egg or is that just me

something something SHOCK OF INTIMACY

#the old guard
232 notes
tanoraqui · an hour ago
Text

Renesmee, chatting to her friends at lunch: Yeah, my mom got married super young, straight out of high school, to a guy who was way too old for her. She got knocked up immediately. They kept the whole pregnancy a secret, she didn’t leave the house the entire time she was showing. My dad’s family didn’t even want to take her to the hospital to have the baby. My grandad, who was a doctor, was going to deliver me but she went into labour prematurely, like, way prematurely and they couldn’t reach him so my dad ended up having to deliver me even though he had no experience. Anyway, she died in childbirth. She was only eighteen.

Bella, from the other side of the cafeteria:

it’s been a week and im still thinking of this like please consider a gang of belligerently disaffected highschoolers and their passionate dedication to the craft.

every group has divided itself precisely in half by height: the taller half is the Cats, and the shorter half is the Chicks. primary sources on gender are extremely clear that men are taller on average than women, so they don’t accept any modern counter arguments on this issue. you can only gain entry to the group in pairs because they have to keep the genders perfectly balanced and that means periodically resorting who is a Guy and who is a Doll.

being angry at your assigned gender (be it Dude or Dudette) and resentful of the other gender (whether it’s Bowser or Bowsette) is also a traditional gendered activity, according to literally thousands of primary documents, so the periodic resorting is mandatory and there are no appeals, and everyone gets to complain and/or gloat after the quarterly gender reveal party.

they are regularly informed by all of their parents that they could just stop pretending to have a gender if they find it so upsetting, to which they aggressively respond IT’S JUST A PHASE, PARENT and go off to throw a ball around or bake something, as necessary.

This is Chaos Magic, Wanda. And that makes you the Scarlet Witch.

But what if they get stuck in the trees

What if they landed on each other’s antlers

i keep presenting you with cursed concepts and you keep drawing them in friendly, pleasant ways, this is blasphemy

Imagine if you picked one up from its antlers, like some birb-on-a-stick

Birds with antlers you say? Have a class doodle

the ones on top are its babies

Here’s some art by Munwie on Deviantart:

Meanwhile, this is an obvious reason why Viking helmets didn’t have horns.

Going into battle wearing handlebars for the opponent to play with is a Bad Idea. That didn’t stop other cultures (Indo-Persian, Japanese) from doing so, but Vikings? NO.

The origin of the Nordic Horned Helmet is actually known: they first appeared in C.E. Doepler’s costume designs for Wagner’s “Ring Cycle” operas.

Something similar has happened with the word “longsword”, which only came into general HEMA use for what had previously been “hand-and-a-half” or “bastard” swords about 20 years ago; even then the first time I saw it (in “Medieval Swordsmanship” © 1998 by John Clements) it was two words with a hyphen: “long-sword”.

Longsword is certainly a handier term than the alternatives, but IIRC even “hand-and-a-half sword” is no older than Victorian. In the Middle Ages a sword was usually just “a sword”; it was very inconsiderate of them not to think of later generations who might like to label things with a bit more exactitude…

Not all Munwie’s Deviantart birds are corvids, and not all are sinister…

…though you might have second thoughts about that if you know anything about the lifestyle of the European Robin.

They’re ferociously territorial, their usual song translates as “Get Off My Lawn Or I Will Kill You With Death”, and we’re grateful the two pairs in our garden are the size they are and not as big as e.g. tyrannosaur turkeys.

LONGSWORDS ARE CALLED BASTARD SWORDS PASS IT ON

I have a personal theory about the Costume Horned Helmets:

If anyone wants to know what it’s like to have ADHD the entire roller coaster of this thread is a good place to start, but imagine it’s your inner monologue every second you’re alive.

I know tabletop RPG players being stumped by first-grade logic puzzles is a funny meme and all, but as a GM the thing you’ve gotta realise is that nine times out of ten, your players are getting roadblocked by bone-simple puzzles for one of three reasons:

a. they don’t realise that there is a puzzle;

b. you didn’t clearly or completely communicate the information required to solve the puzzle; or

c. they came up with a perfectly valid solution and you rejected it because it wasn’t the specific solution given by the source you stole the puzzle from.

These aren’t unsolvable problems, but their solutions require you to really think about what you’re doing.

First, you have to make it obvious that a puzzle is present. Engaging with the game’s fictional world as a puzzle-box to be solved is not many players’ default mode of engagement; they may be more inclined to approach it as a simulated reality, or an improvisational theatre exercise, or as an opportunity to Talk About Their Feelings.

You need to explicitly signpost that it’s time to go into puzzle mode. Sometimes this means breaking the fourth wall and just telling your group “okay, it’s puzzle time now”; if that’s what it takes, do it.

Second, you need to be absolutely rigorous in identifying the minimal set of information that’s needed to arrive at a solution.

Don’t assume that what’s obvious to you will be obvious to everybody, especially if it’s unstated. In particular, be wary of clues that rely on catching pop culture references, as your players definitely don’t have the exact same set of referents that you do.

Don’t assume that your players are going to perfectly recall information that came up hours ago (or, heaven forfend, in previous sessions!) – they don’t have your notes to refer to.

Write shit down, make a checklist, and actually, physically check each clue off as you provide it to make sure you haven’t missed one. You’d be amazed how many puzzle-based adventures come to a crashing halt because the GM misremembered which clues they’d already provided and ended up entirely omitting one or more critical pieces of information.

Take a hard look at your phrasing, and ask yourself whether the way you’ve phrased any of your clues admits multiple equally plausible interpretations, particularly ones you didn’t intend

(Incidentally, that last point is why it isn’t safe to assume that players can rely on their own notes to keep the clues in order. Even if you phrased the clue perfectly to avoid ambiguity or multiple interpretations, the player responsible for note-taking may have written it down wrong! If a puzzle’s solution must rely on note-taking, write the notes yourself and make them into player handouts.)

Thirdly, recognise that a tabletop RPG isn’t a puzzle book or a video game. Puzzles whose intended solutions arbitrarily rule out certain approaches aren’t going to fly. In video games these arbitrary limits often take the form of the proverbial waist-high fence, but at the tabletop, waist-high fences can be less obvious.

For example, you might present a puzzle that can trivially be bypassed by using an ability that you just plain forgot the party has. When that happens, don’t resort to evil genie logic to explain why it doesn’t work – accept your failure and move on.

On no account should you reject a perfectly reasonable proposed solution just because you didn’t think of it first; as the saying goes, that’s pride fucking with you.

Finally, accept that you can do everything right on paper and still end up with a puzzle that won’t work for your particular group because they just don’t have the skills or the temperament for it.

Sometimes it’ll be obvious, like “don’t give a party with a dyslexic leader a word problem”.

Other times it’ll be more subtle. For example, some players are so constitutionally risk-averse that, when presented with a course of action whose potential outcomes are unknown, they’ll prefer to do nothing at all, even when inaction will definitely get them killed – and when it does, they’ll blame you for putting them in that position in the first place. If you’ve got a group like that, you should probably avoid puzzles whose solutions depend on trial and error.

If it sounds like I’m making GMing puzzles out to be this big, scary monster, well, I kind of am. As a GM, puzzles are hard; there are a lot of ways to run them wrong and only a few to run them right. You’ve gotta know what you’re getting into!

A female character who is a cold, relentless leader, always pragmatic, and able to make whatever hard decisions need to be made in order to ensure success and survival, tremendously skilled and devastatingly efficient at her job, tragically terrible at being overtly nice to people, who is also not evil and is still fundamentally a good person.

You have no idea how dangerous you are. You’re supposed to be a myth. A being capable of spontaneous creation, and here you are, using it to make breakfast for dinner. This whole little life you’ve made, this is Chaos Magic, Wanda. And that makes you the Scarlet Witch. 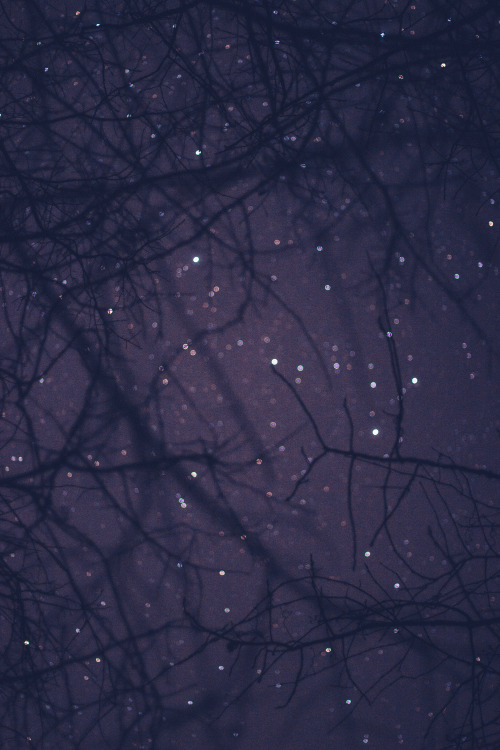 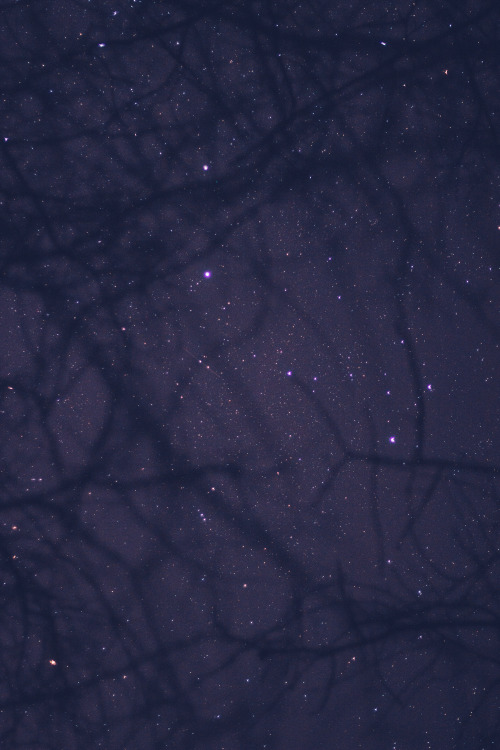 ladies if youre a kpoppie, please occasionally take the time to remind yourself that you are a fan of just some guy

ladies if youre into mcyt, please occasionally take the time to remind yourself that you are a fan of just some guy

Jews: On Passover we celebrate our escape from slavery, but that does not mean we celebrate Pharaoh’s death. That would make us as cruel as he was.

Also Jews: happy purim haman’s fucking dead let’s celebrate by making cookies shaped like his dumb hat for a gazillion years and use noisemakers and scream every time someone says his name lol

The rabbis looked at our history and our holidays and our texts and went “you know what? we deserve a ME day” and proceeded to make the pettiest holiday imaginable