stories have a way of changing faces

We looked inside some of the posts by the-knights-who-say-book and here's what we found interesting.

What are your thoughts of Poseidon and Sally as a couple?

ugh it just has such adult romance novel vibes to it lol…. secret forbidden affair, two different worlds, high stakes, ‘i know this is a bad idea but i’m gonna do it anyway,’ ‘he was only with me for a summer’………

one of my FAVORITE things to consider in the whole world is that sally jackson was truly a gem truly an unusual mortal and the qualities that made her so attractive to poseidon in the first place are the same qualities that make percy his favorite son. LOVE to imagine a younger sally having the same kind of irreverence and snarkiness that percy is so known for. also love the idea of sally being a bit of a wild child like just being carefree and having an ill-advised affair and putting her middle finger up at the world. going out dancing and drinking with friends and these friends being like !!!!!!!!!!!!!! girl if you don’t hit that i will !!!!!!!! and sally being like ;) and also the idea of sally being like a total milf lol and we don’t know this because we only see her from percy’s pov but like at some point he has definitely heard ‘dude, your mom is HOT’ (probably from rachel. definitely from rachel lol). it makes so much sense to me that a god like poseidon would find a woman like this so compelling.

and this is not explicit but there’s enough textual backing for it. the idea that poseidon was like let me stop the tide for you let me make you a castle under the sea and sally said NO. and also poseidon saying ‘obedience does not come naturally to you…. i suppose i must take some credit for that’ (which doesn’t necessarily mean poseidon is saying ‘most of it comes from your mother’ but i like to think it does lol). and of course percy saying ‘she has a bit of a rebellious streak, like me.’

i just love to imagine the idea of the two of them playing this little game like poseidon being like ‘come back to bed….. i’ll make you a castle under the sea.’ ‘i’ve heard that one before.’ ‘i’ll…… restrain the tide for you.’ sally, arching an eyebrow: ‘and why would i want that?’ ‘i’ll inscribe your name, on every sea vessel, at every port, so all the sailors will know to pray in your name for safe passage. helen’s face launched a thousand ships, but yours will launch all the rest, until the end of time.’ ‘oh i like that one, you should get on that.’

and of course sally grows up and life isn’t kind to her and after she has percy she gives up all those parts of herself because she has something better, something that’s going to outlive her. and this is when that little game turns serious: “come away with me. i’ll hide you both, under the sea.” and sally smiling a melancholy smile before saying, “that’s never what i wanted.” and he says, ‘i know,’ and leaves just that brief touch on percy’s forehead that he remembers until the lightning thief and that’s the last time they see each other, until, of course, he materializes in her apartment and sally is like ******KILL BILL SIRENS******* how do i process seeing my old hot sex fling in the same room with my fifteen year old son and my new, adult, real life boyfriend akdjfa;jaj;

and of course poseidon watching percy turn down immortality, the only one in the room, including annabeth, even including percy, who isn’t surprised.

edit: this madeline miller quote is how i think poseidon feels about sally:

“But in a solitary life, there are rare moments when another soul dips near yours, as stars once a year brush the earth. Such a constellation was he to me.”

idk about you guys but I think sometimes its a little fun for fictional characters to go “I am going to be a little bastard man for no reason” like I’m over the agonizing about right and wrong, and wrestling with one’s darker nature. I wanna see people go “hey wanna see something fucked up?” and then do it

makes me CRAZY how well atla illustrates all the different ways countries can be affected by colonization and imperialism…the air nomads wiped out in a relatively brief military campaign. the southern water tribe slowly worn down and violated over the course of decades. the northern water tribe completely isolating and turning to strict tradition in the face of a horrifying enemy. the decentralized earth kingdom being affected in varying ways, with some areas completely untouched but terrified that they’ll be next, some areas in an uneasy peace with the fire nation in exchange for economic domination, and some areas completely taken over. and just the ways that these kind of interplay…like the trauma katara and sokka have as people who live relatively safe from invasion, but with the threat of another raid always on the horizon, terrified that the next one will wipe them out for good, is completely different from the trauma aang has, as someone who lost everything and didnt witness the brutality, only its aftermath, and that’s completely different from the trauma that suki has, with kyoshi out of the war but constantly training in preparation for an invasion, and thats completely different from the trauma haru has, as an earthbender in an actively occupied village. and theres so much more too like theres all these complex and nuanced situations and none are objectively better or worse than the other but it shows exactly how many tools imperialism uses to demoralize and defeat those its directed against

“Kazul’s not my dragon.“ Cimorene said sharply. “I’m her princess. You’ll never have any luck dealing with dragons if you don’t get these things straight.”

I haven’t thought about this book in over ten years. This picture brings back so many memories.

A short note about the illustrator:

The artist is Trina Schart Hyman, a Caldecott-winning illustrator who contributed to hundreds of publications during her lifetime. She was insistent at including black children in her illustrations at a time when few white illustrators did so, drawing her own grandchildren into her work. Most notably, she drew covers that included children of all races on the over of Cricket Magazine during her time as art director.

Later in life, she was also in a relationship with a woman, Barbara Rogasky, a prolific Jewish author, and often drew the two of themselves together in the works in which they collaborated. 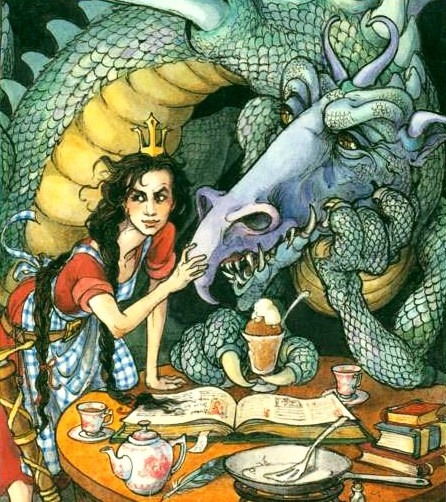 Assemble your questions!  I’m going to have about twenty minutes and people can type in questions.  I promise to answer at least some of them, so please, chuck me some soft balls!

If you want to reblog this with your question, I’ll look through the  notes and get a head start on answering them.

Blurb: 1491. The last sultanate in the Iberian peninsula is about to fall. Fatima, a restless young concubine, spends her days with her dearest friend Hassan, a mapmaker who conceals a magical talent. When representatives of the new Spanish monarchy arrive to negotiate the sultan’s surrender, Fatima is fascinated. But these people see her friend as a sorcerer they must put to death. To save Hassan’s life, she will have to leave the palace for the first time — and saving him puts her at risk as well. It will take all of her courage, Hassan’s magic, and the help of a clever jinn to outrace to Spanish to safety.

The Bird King asks us to consider what love is and the price of freedom at a time when the West and the Muslim world were not yet separate.

I really liked this book. I haven’t read much fantasy with Muslim characters, and definitely never one set in Muslim Spain, and the setting is rich and interesting. The plot isn’t fast-moving on the whole, but it does have its action scenes.

The real gems here are the characters. Fatima is stubborn, loving, angry, naive, and clever all at once. She wants everything, and has no experience with anything. And she loves Hassan so much. Their relationship is probably among the best friendships I’ve ever read. The depth of their love for each other is put under such stress, forced to its breaking point and then back. The core of the story is really driven by Fatima’s love for her only friend.

The villain is uncomfortably human while the jinn are uncomfortably inhuman (and also somewhat aggravating), which is probably what both villains and jinn should be. The writing is beautiful, which is also what writing should be. In short, it’s a good book and I recommend it.

If you want to buy a copy of The Bird King, Bookshop.org supports indie bookstores, and I get a 10% commission if you use my link!

this class was later removed from the curriculum 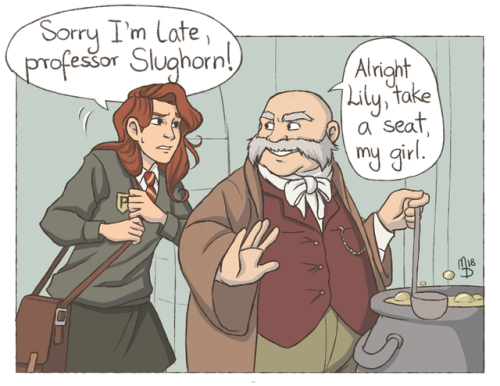 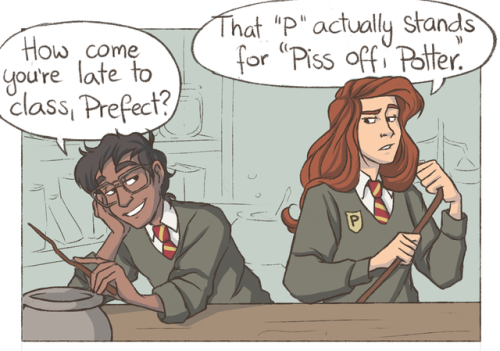 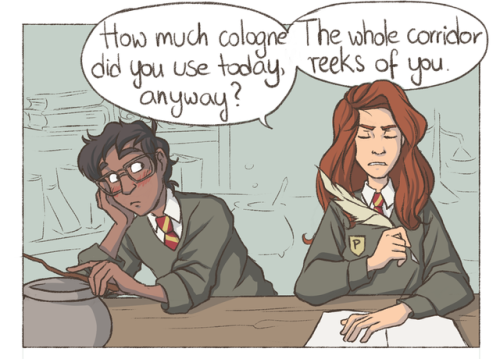 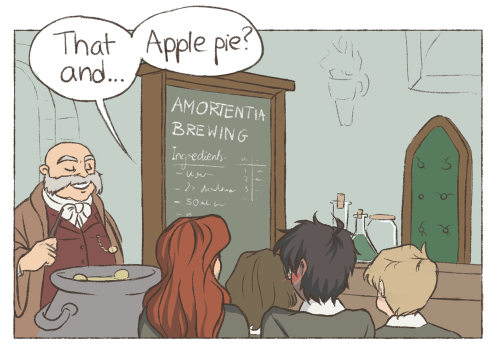 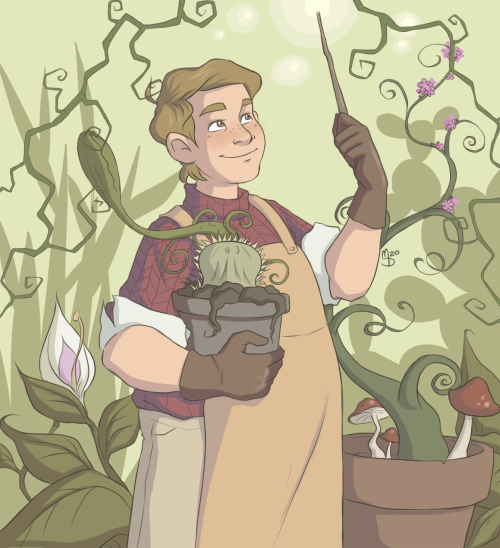 AFTER DUE CONSIDERATION, you may Now Determine Which of my Cherished Sister’s Illustrious Circle you are. 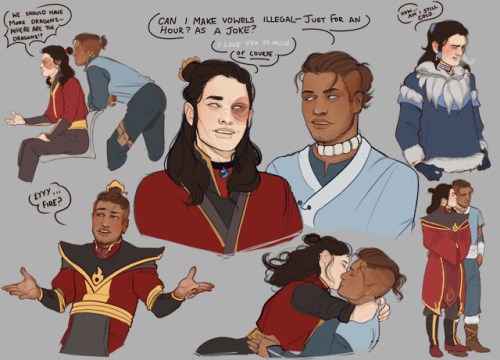 every hedgehog in the world looks like they know at least 2 things you don’t. one of those things is probably how they manage to turn quills into high fashion and the other thing is unknown to humans

#i don't remember writing this post. its from 2018
207 notes · See All
the-knights-who-say-book·a day agoText

“You wish to spare the girl you love. But you know the truth of magic. The greatest power springs only from suffering (…) Master of death, become the darkness that haunts you. Kill the girl.”

Sorcery of Thorns by Margaret Rogerson

“It’s two hundred years old” they say. “It’s essentially public property” they say. It’s a letter you sent to your friend and it’s in a museum now and you’re screaming

Why are vampire stories always I Want To Drink The Sexy Neck Milkshake and never two vampires texting about the passionate letter one wrote to the other in 1863 but never sent that the other just saw in the Smithsonian’s fall exhibition on Love Through the Ages and what the fuck, Claude, why didn’t you say anything

THANK YOU!!! asking the REAL questions

Blurb: Prince Aleksander: would-be heir to the Austro-Hungarian throne, now an orphan on the run from his enemies and his own people. Deryn Sharp: a common English girl who will do anything to fly — including disguise herself as a boy to join the air service. World War I: reimagined as a battle between the steampunk Central Powers and the genetics-modifying Allies. Alek and Deryn’s paths are about to cross.

uhhhh I screwed up and thought I had already written my review but I hadn’t and now it’s been so long since I finished it and this review can’t be super detailed! Which sucks because I really liked this.

Illustrations are great. Deryn is great. Slightly-snooty, mysterious and highly-capable lady doctor is great. Giant! steampunk! flying! whale! is great! In conclusion, I love Leviathan and the Leviathan.

I wasn’t as sold on Alex’s character but he has a lot of character development which is important. His friendship with Deryn is the MOST important though and I love them. The book was really at its best when Deryn got to run around being a real crew member on the Leviathan and when the two casts of characters finally meet and there’s all the distrust and trying to one-up each other while Alex and Deryn are like, on a much chiller level of trying to one-up each other and become buds. Definitely enjoyed this and already have the sequel in my possession.

Mr Darcy, after helping Bingley propose to Jane: “I return to town tomorrow.”