We looked inside some of the posts by theartistformerlyknownasxerox and here's what we found interesting.

All right my boos, I’ve heard y’all and I will get some stories written out for you. Past couple days have been weird but we should be able to get down to business starting tomorrow/later today (Sunday)!

Time for this to be a thing at last!

So, let’s start out. Ghosts are people. And I mean that in the sense that different folks have different personalities, and if you’re channeling their energy it’s not just as simple as picking up a phone and hearing a voice and you get just that one stream of info…

You channel all sorts of stuff about them in the same way you would a living person. Personality quirks, emotions, even specific things like food preferences sometimes, old trauma reactions, etc. A common thing is for the memory of their death (or surrounding details, or other major trauma) to come up in their energy field pretty early on, like they’re still surprised and processing what happened so it lingers in the back of their mind.

Some are polite, some get pushy. Some show up and ask to be heard, some demand it, some allow themselves to be ignored, some just want to chill and get shy having attention on them (like I’ve had some show up while I do tarot readings simply because they were curious and wanted to watch.)

Of note, my encounters with ghosts place them differently than other passed on individuals, like those you might have as spirit guides. They feel different, they act different, they don’t have the sort of broad knowledge and overview that spirits guides get. They tend to still have human “baggage” and a strong sense of connection to incarnated life. I haven’t come to a more fleshed out conclusion about this that feels good to me yet, they just are different.

For example, spirit guides can answer specific questions and such but in a recent conversation with a ghost I asked a question that they essentially answered with “I don’t know, you tell me, you’re supposed to be the occult expert here.”

So for tonight’s story, I came home and was trying to get out of the car with my groceries. That area at the top of the driveway is one of the ghost hotspots on the property and as soon as I got out of the car I could feel myself being watched.

I told them “not right now” because at this point the idea of “omg supernatural thing!” has been replaced by “its just a person, and they can deal.” And at that point, they were going to have to deal. I wasn’t feeling good and had low blood sugar. I wasn’t in the best of moods so I wasn’t the most polite with my answer. Mind you, I spoke verbally but also sent it out very strongly energetically to set a firm boundary that I needed space and I needed it now. They, however, weren’t thrilled.

They briefly tried to manifest visibly as a shadow figure before I told them to scram and I could still feel their presence lingering very intensely. Feeling them near can be similar to how you might feel someone staring at you and it makes you turn around, except it can get much more intense and isn’t always just from one specific direction. I thought maybe my response was enough to settle things but they decided to mess with me a little. First, my car wouldn’t lock.

I realized what was up and decided to just go inside and not play into it, I’d come back when I wasn’t loaded down with groceries. But when I got inside, one of the doors closest to the garage slammed of its own accord right in front of me, startling one of the dogs. I wasn’t thrilled but if they wanted to talk with me that badly, they could wait until I put away my groceries and had dinner.

I grabbed my keys and my phone for light and went back out to the car. I shined the light in the area where they tried to show up and got my hackles up energetically, challenging the rude behavior. They didn’t try to start anything further and the atmosphere outside felt decidedly less chaotic. The car finally locked like normal when I tried again and I hoped it was over.

I went back inside and very soon after there was an incident with a family member who has exceptionally poor mental health in a way that results in lots of antisocial behavior. Ah, clarity.

In my experience, the worse the energetic “climate” within the household, the more likely it is for there to be more chaotic experiences with ghosts. Ghosts can get drawn in by energies and if a place or people are vibing in a way they identify with, it can be enough to have an encounter if you know what to look for or if you’re able to tap into their energies enough to navigate a conversation.

So just to be clear, I attribute this more chaotic interaction to the extreme emotional unrest of that family member providing the atmosphere for it. This is not ghosts-gone-wild out here, they’re people too and just as we can get agitated by someone using emotional outbursts to manipulate a situation, so too can that energy translate into less than fun interactions.

But ghosts won’t always show up in the same energy that draws them in. I went to a haunted house recently (tis the season) and was thoroughly overwhelmed not just by the actors/environment but by the unexpected ways it triggered emotional flashbacks for me. I knew I wasn’t in danger but emotionally I went on a journey and ended up even skipping the end. Not too long afterwards at home, a ghost showed up and one of the things she shared was that the terror I felt in that haunted house resonated with the terror she felt during her death, which drew her toward me.

She spooked me a little when she first got my attention because I wasn’t expecting it but there were no slamming doors or cars that wouldn’t lock. Just a soup spoon she knocked over and a few other very minor things. The intense emotions drew her to me but she was polite and collected.

So yeah, now that I feel like a crazy person sharing this sort of stuff publicly 😅 Let me know if y’all want more! 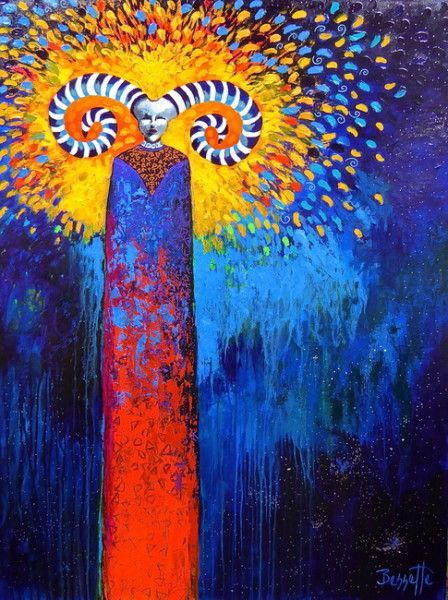 they hexed the moon- 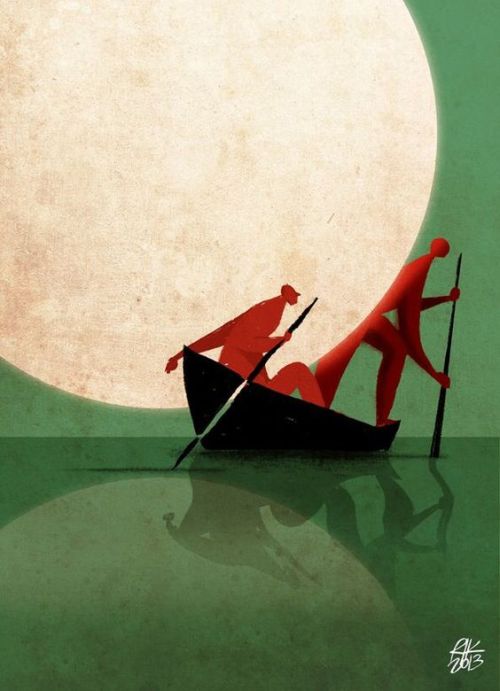 Valerian is messing up my sleep schedule something fierce, keeping me sleepy and brain foggy way too long into the day but then keeping me awake later that night til I take more. I said enough of that and now it’s 7:30 in the morning and I’m awake still 🙃

But I’ve got an idea for an app or a new OS feature. So we know everything we do is getting tracked anyhow, so why not have a function on your phone that lets you set “review hours” where any activity on your phone that happens between certain hours (you set, or manually engage) gets pulled up in one nice neat spot for review later.

So, up all night and know your judgement gets weird past 2am? Let’s review all your social media activity and see if you’re still feeling confident about your likes, comments, follows, etc. And if not, you can easily mass select and delete!

Because some of us get chatty when we’re sleep deprived and essentially write Wikipedia articles in the comments section that nobody asked for. Yep, even on TikTok with its broken comments and short character limits…

#xerox jams, #i need sleep, #so badly, #sleep at a normal time too
0 notes · See All
theartistformerlyknownasxerox·2 days agoText

All right my boos, I’ve heard y’all and I will get some stories written out for you. Past couple days have been weird but we should be able to get down to business starting tomorrow/later today (Sunday)! 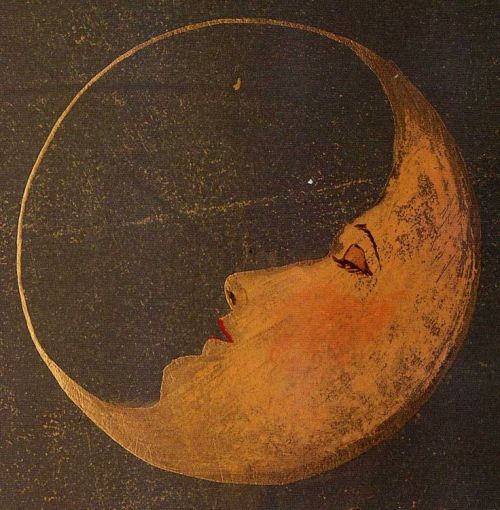 #xerox jams, #plantblr, #thanks y’all, #I’m so happy my plants are making other people happy too, #not sure why tumblr kept not letting me edit my original post to include the link, #plants
0 notes · See All
theartistformerlyknownasxerox·5 days agoText

Kristoffer Zetterstrand’s Counter Strike paintings are so fascinating to me because I feel like to older artsy people who are unfamiliar with videogames as a medium they must look like some pretty interesting surrealist pieces that depict buildings and environments with parts missing and an ominous black void, yet to anyone who’s familiar with how videogames work, the limitations they have, and the visual language they use, they’re INSTANTLY recognizable as being paintings of the way a videogame map looks like when you go out of bounds and look at it from an angle you weren’t supposed to be able to. 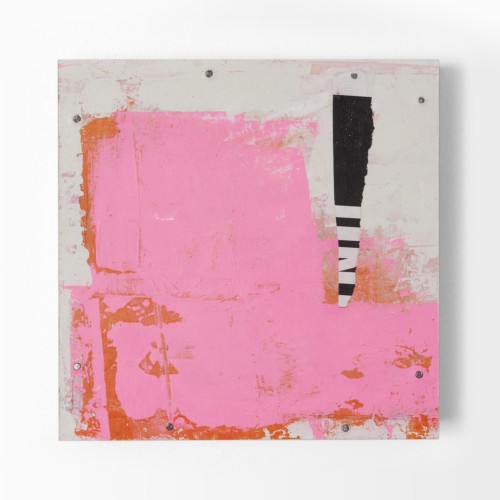 Hmm… check out this tall glass of water

my favorite part of developing your intuition is you get to the point where you just know things.

and you don’t necessarily know what it is that you know.  you can’t verbalize it, but you feel a part of your soul that just implicitly knows and understands things that your consciousness can’t quite bring to mind, even though it recognizes it’s there. you get to the point where you say to yourself, “hey, i feel like i know something, and i don’t know how or what, but it seems to me like it’s all going to be ok.” and it’s that wordless impasse between the language of the body and the language of the spirit that i think is the truly beautiful thing about what we do.

It’s been a strange day so here, enjoy some pics of my plant collection that were on the more photogenic side

by ‘holly sweet’ on redbubble

oh my god they were roommates

THE POWER OF CHRIST COMPELLS YOU

its wednesday my dudes

a potato flew around my room

i have the power of god AND anime on my side

MY POOP IS COMING

~got a red dress on tonight, dancing in the dark in the pale moonlight~

(’take on me’ opening notes)

Oh wow, this is beautiful.

Checking out his best moves in the mirror. 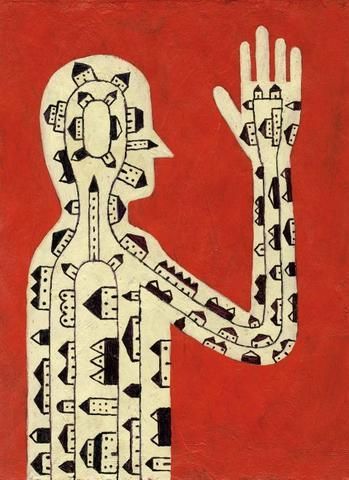