As the title says, a blog for icons of Pokémon characters with LGBTQIAPN+ flags. Accepts anything aside from cis/straight/sapiosexual flag requests.If I use a wrong flag, please tell me! Icons are free to be used with credit! Make sure to link back to this blog in your about or description!

We looked inside some of the posts by thepokedexisgay and here's what we found interesting.

(Just don’t interact if you’re a Transphobe, Truscum/Transmed,  Exorsexist/NBPhobic, TERF, Kink Blog, MAP/Pedo, a Nazi, or anyone on my blocklist) 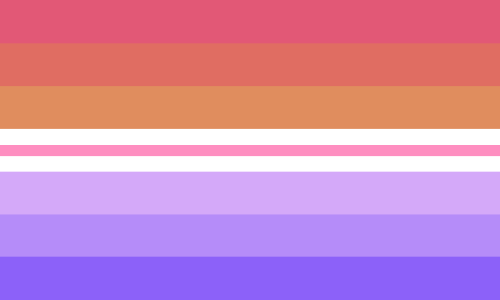 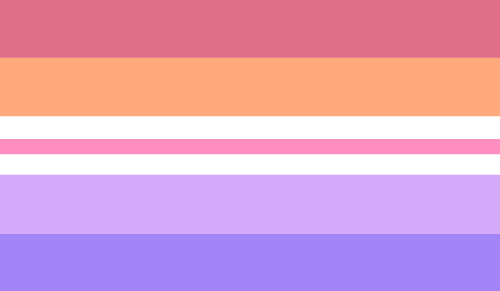 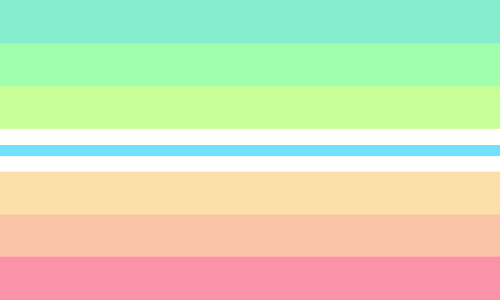 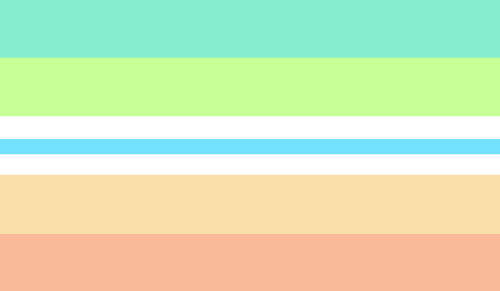 I’m basically trying to find flags that are not @/wuvsbian’s for Bambi lesbians, as well as find terms for other related sexualities. You cannot pay me to use @/wuvsbian’s stuff (aphobe/anti mogai), so I want to find good alternatives

In the same vein of the bambi lesbian flag, I made the bunny gay flag! The meaning is the exact same as the bambi lesbian — a gay man who prefers cuddles, hugs and kisses over sex — but I know lesbians have used that term for a very long time, and didn’t want to appropriate of it by making a “bambi gay” flag. Also, I used the colors from the character thumper! Which means

Wlw/mlm solidarity! I hope this works out, but if the meaning is inappropriate or anything, please tell me! Just be nice please, I coined this term because there’s barely any ace gay representation, and I wanted the lesbian term to be similar to the gay term!

This flag can be used by anyone without credit! Unless by aphobes, cgl/ddlg, terfs, truscum/transmeds and other gross people.

Today I learned about Bambi lesbians and Faline gays.

I was interested! Thus, I decided to coin a nonbinary equivalent called…

Why that word? Where’d I get it from? It’s a combination of Ronno + nonbinary! The other named fawn besides Bambi and Faline in the movies is called Ronno (Faline gay comes from Faline, the love interest of Bambi and Ronno). He’s the second movie’s main antagonist by being a dick to Bambi and trying to steal his girl. Here are Bambi, Faline, and Ronno:

Anyway, I figured I ought to make a new flag to accompany my new term! Below is the Ronnbinary flag I whipped up, which uses the colors from Ronno’s palette!

Maybe reblog to give my word and flag some recognition? :>c

**Edit: clarified that this is an acespec term for nonbinary acespecs**

Bambisexual: someone who prefers cuddling, kissing, and similar activities over sexual activites 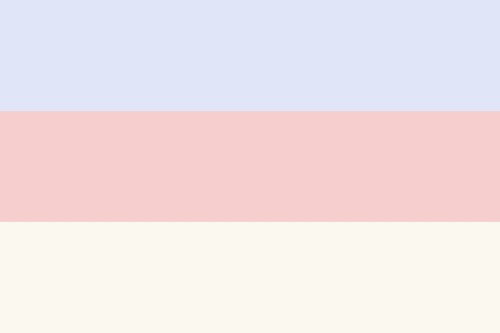 #note that it's been renamed to fawnsexual, #I'm pretty sure that's the new name at least
158 notes · See All
thepokedexisgay·6 days agoPhoto

I made a flag for a term I came up with for a substitute of Faline Gay and Bambi Lesbian.

Bunny Queer: a term for people of any gender that aren’t straight or gay and prefer kissing and cuddling over sex

(If the flag isn’t that good, I can make a different one, or someone else can make it, I dont mind!!)

Oooo I like! That’s a really pretty flag, thanks for the submission! 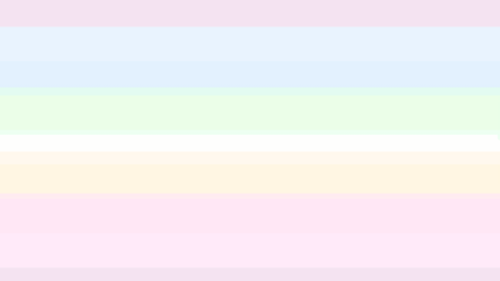 There’s a post somewhere joking about how in 2019, lesbians will come out by making a new lesbian pride flag. Well here’s my proposal for a Bambi Lesbian pride flag! There is no symbolism other than I’m a Bambi lesbian and I like it.

EDIT: I went back and thought through why I chose these to begin with, and the colors now have meaning!

The two purples are intertwined to an extent, the first for allo bambi lesbians and the second for ace bambi lesbians. It’s saying that while there may be some differences between us, we’re still part of the same queer, lesbian family.

I chose the pink and blue to show that lesbians can be anything they want to be. They don’t have to fit into a specific stereotype of niche; they can be anywhere on the spectrum of life. 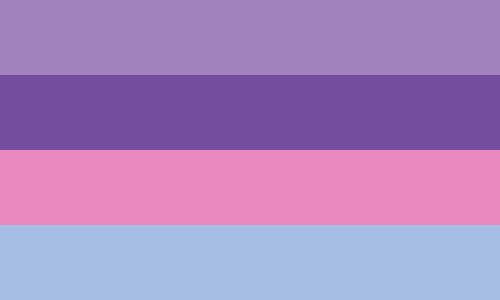 I’m reposting this image bc the op of the one I saw is an ace exclusionist but I think this is important to note that this flag that someone made???? Is fucking transphobic and gross. This is from the toxic side of the pan community and it shows. The different stripes for attraction to sex and gender is fucked up. Biological sex should not be a factor in your orientation!!!! Trans men are men, trans women are women, and nonbinary people are nonbinary!! Full fucking stop!!!

#more reason for me to refuse to use this flag, #guys the og pan flag is fine
102 notes · See All
thepokedexisgay·7 days agoPhoto

Someone made a bambi lesbian flag with the lipstick one as a base so I thought one based off of @apersnicketylemon‘s would be good. 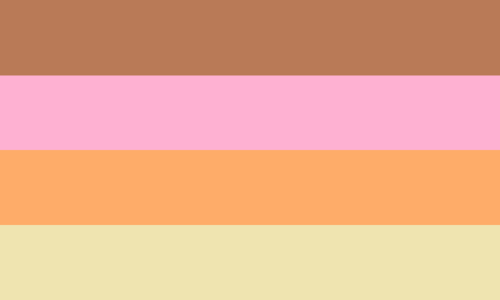 The third Wednesday of October is International Pronouns Day! This year, Pronouns Day is October 21st.

acknowledging that being attracted to some nonbinary genders can mean the person can identify as bi if theyd like to because it literally means theyre liking 2 or more genders, in no way means its “ignoring nb lesbians and nb gays.” the fact that some enbies are aligned to those sort of things does NOT mean that all other enbies are ALSO aligned to those, and saying otherwise to THAT is nbphobic. its not just only one way or the other, because all nb identities are different. nb experiences are extremely vast, thats exactly the point of bi lesbian and bi gay identities. some nb ppl are comfortable falling under lesbian/gay attraction and using those labels, but a lot of others arent

bi lesbian and bi gay labels are specifically about accepting that bi and lesbian/gay labels can overlap and lesbian/gay arent always exclusive monosexual labels, and have tons of shared history of being used alongside each other for many many people. and is specifically acknowledging the fact that a lot of nb people are vastly different and isnt a monolithic Third Gender, so i have no idea why people keep thinking its meaning the opposite even tho probably most of the bi lesbians/gays i see are nonbinary themselves.

in short, bi lesbian/bi gay are statements against bi exclusionism thats become rampant in some monosexual spaces thats erasing a lot of bi history and pushing them out of their own terms (see stuff like dyke and butch/femme exclusionism which derived from pushing bi people out of the lesbian label), and to acknowledge that liking nb genders can mean someone can choose to label themselves as either bi or lesbian/gay exclusively, OR they can use both if they want.

why does the “bi lesbian”/“bi gay” discourse seem to like rely on the assumption that nobody can be attracted to nonaligned, multigender, genderfluid, or otherwise nonbinary people who aren’t comfortable being seen as “available to monosexual/romantic people” or even better, that people with these nonbinary genders are free for all re: projecting your sexuality on them with no regard to their actual self identification and comfort.

you fucking asshole. if your concept of nb people is “they’re all female aligned” or “they’re all nonbinary in a way that’s free real estate for people self identifying as gay/lesbian” or “people are only attracted to nonbinary people as long as it matches their attraction to a binary gender” then perhaps YOU are the transphobe. shut UP

have you done nonbinary and aroace red :0?

With that being said “bisexual lesbian” isn’t a thing