theprincessandthepie
john winchester hateblog
23 | unfortunately it appears i have been possessed by my 14 year old self and forced to care abt the cws supernatural. i am so sorry.
Explore Tagged Posts
Trending Blogs
Statistics
We looked inside some of the posts by theprincessandthepie and here's what we found interesting.
Inside last 20 posts
Time between posts
2172.2
Number of posts by type
Photo
6
Video
0
Audio
0
Text
14
Chat
0
Answer
0
Link
0
Quote
0
Fun Fact
Tumblr paired up with Humans of New York to raise money for Hurricane Sandy relief.
theprincessandthepie · 45 minutes ago
Photo 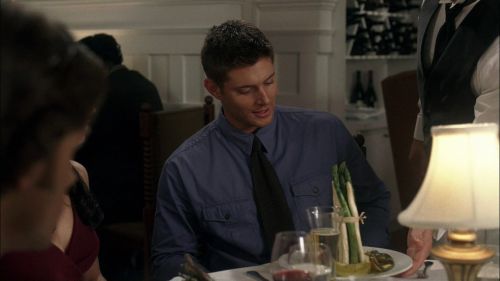 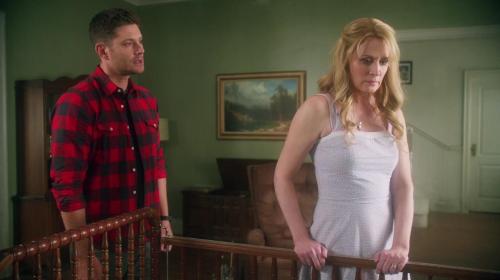 #yeah. yeah. also prev tags John as a ghost that haunts these narratives....#dean and Mary
78 notes
theprincessandthepie · 55 minutes ago
Photo

#this is literally insane. ma’am are you ok????
1K notes
theprincessandthepie · 57 minutes ago
Text

the way dean girls and sam girls are so mean to each other…….wlw on wlw violence

thinking about the samcas friendship that lives in my head and going fully insane… they really could talk for hours on end about some dumb scientific concept or mythical lore and just feed off each other’s enthusiasm. conversations are light and easy but also probably end with them making fun of each other. they confide in one another about their Otherness and when one offers comfort, telling the other that they are good in spite of it all and that makes them wonderful, it makes them want to believe it about themselves too. they get competitive over incredibly small things because they’re equally smartdumb and they both have “i have to be the more intelligent one in this conversation or i’ll perish” disease. like dean could get them both with the smooth sharks thing. wtf adorable little brothers in-law

leftist whites on here are really good at making out that certain political groups were inherently anti-racist when in reality they never were.

take punks, rednecks, and hippies for example: all three groups originated powerful movements in support of black lives. but none of them were homogenously antiracist; in fact, there were fascists occupying these same groups. any attempt to play “no true scotsman” in regard to the fascism/antiblackness of such cultures is a futile one, because it relies on the false assertion that these massive political movements/classes operated under a single ideology. they did not.

thus, anyone who tries to speak over a black person alleging the racism present in one of these groups or other, similar ones, ought not to be spoken over by whites intent on proving some ideological purity. not only is it historically inaccurate, it is a simplification of class warfare that serves to paint over the very real problems black people faced at the hands of such cultures. your cutesy “redneck” aesthetic is not worth it.

Apartment hunting has shown me that so many kids my age and younger openly broadcast that they are running away from abusive homes and that they are LGBT. I sympathize completely, but you do not under any circumstances need to be on a roommate finder website telling strangers on the internet that you are part of a vulnerable minority with no one back home who cares what happens to you… just say you are moving out, end of. Once you get to trust someone you live with then you can share the backstory. Internet safety is something that still matters.

gender non-conforming trans women are wonderful. your masculinity is beautiful, in whichever way it may present itself, and you’re no less of a woman for not conforming to gender roles. i love all of you

#hm. think the dash needs to calm down tonight. and also learn to tag your fucking incest mentions <3#this is not a problem for me but it is for many people and like. talking about how incest is bad while not protecting the people hurt by it#in the most basic way you can: bad!#incest mention#also like. I know there’s a big split in the fandom and I think many people assume it’s about wincest but genuinely I don’t think it is.#it’s literally the dean critical split! like the split is between ppl who like dean and people who either hate him or couldn’t care less#about him. and I feel like. somehow people are assuming that everyone on the other side of the split is somehow a wincest shipper??#fun fact! most Sam stans also hate wincest!#like if you wanna make Sammy safe blogs go for it have fun! I’ll even follow them bc. hey! free Sam content!#but like. ultimately the lack of wincest is not the unique thing. it’s the lack of dean criticalness.#which again. is fine! there’s nothing wrong with that! I’m not a huge fan of dean critical posts myself.#I don’t have a point here really other than like. maybe we should all calm down and get some rest.#also like. I don’t think wincest adjacent is a meaningful distinction but also if that’s a level of interaction that your not comfortable#with literally go for it it simply does not matter to me. curate your online experience as harshly as you wish!#also like. dont leak discord messages or whatever the fuck happened. that’s just mean for no reason.
3 notes
theprincessandthepie · 8 hours ago
Text

can the show have familial love and romantic love and platonic love all at once. can it. i’m so sick of people telling destiel shippers that we don’t understand that brotherly love was a huge part of the show. we KNOW! romantic love can also exist in the show though, especially when both brothers have shown a desire to have that with someone. we prefer to focus on that romantic love because it’s what interests us, but that doesn’t mean we’re all incapable of recognizing the importance of sam and dean’s relationship or that the show isn’t all about romantic love.

just saw a post saying people should make sure w*ncesties dislike their content enough that they don’t feel comfortable reblogging it. y’all. they literally watch the same show as us and also enjoy it. that is an IMPOSSIBLY high standard to uphold. they literally don’t care that you hate them. unless you put a banner on every one of your posts, some of them may interact. that is not your fault or really your responsibility.

#it’s ok! just block them!#if you like. frequently get asks assuming you’re one of them then like. maybe reevaluate. but it’s literally not your fault if they#interact with your posts. if you want to eliminate it as much as possible good for you godspeed! but sometimes you just want to make a poast#without playing 4d chess in your head to make sure that a hypothetical weirdo won’t like it#incest mention#anyway any post I make about Sam and dean is not for freaks but also I don’t feel obligated to say that because I don’t want to be reminded#that they exist all the time!#also for some people even the mention of wincest is triggering and I care more about my posts being accessible to those people than I do#ensuring that I don’t get interacted with#but while I’m super grossed out by the ship I’m only like. intensely annoyed by the shippers so I get why other people’s reactions could be#more extreme
8 notes
theprincessandthepie · 8 hours ago
Text

give a man a fish and he’ll eat for a day. teach a man to. teach a man to fish a hunk out of hell and an unconquerable ever-growing gaping maw of hunger will manifest in him to the point that he unravels the fabric of destiny wholesale

misha collins circa 2009 giving himself a pep talk on the first day of his new job at the cw: this is my voicemale. make your voice.. a male.

i dont understand how you can not love jack. like that’s just a little lad