This blog changes with my viewing pleasure and my interests in a show. It my special spaztic part of my mind put into unorthodox freeverse of pictures, funnies and junk. Enjoy -EJ (Age: 24 Oct. 13th is my B-Day :D)

We looked inside some of the posts by theshitthatcomestomind and here's what we found interesting.

I like how the pumpkin at the base of the mailbox looks like it’s watching this attack and screaming in horror.

So the first time I saw this, I thought the moose was really short with a weirdly big head, because it was the height of the mailbox. I’ve now realized it’s kneeling and am once again afraid of just how /big/ moose are.

It took some time for my brain to parse the antlers, and until then, I thought this was a bear.

Jesus, look at the size of that thing. Bloody hell. His pumpkin now.

You’ve been visited by the Halloween moose. May god have mercy on your soul.

I can’t quite place my finger on the name for the feeling this conveys, but it is an extremely Big Mood 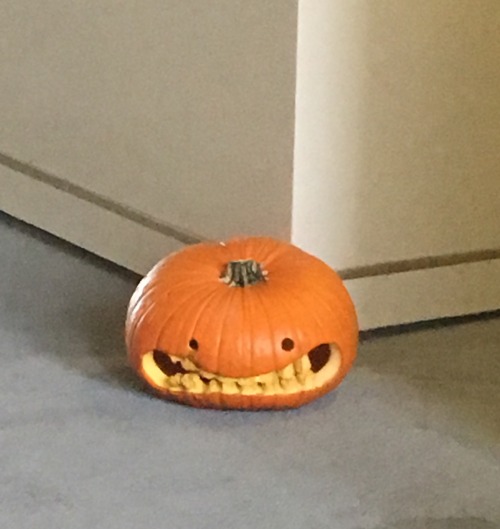 i find this hilarious considering The Cuil Theory was a popular meme back in 2012, with a similar format as a popular Welcome To Nightvale meme. “weird” posts would usually have an additional reblog with “and now, the weather” in reference to WTNV but for a few months, “weird’ posts would be ended with “i give you a hamburger”. the peak of the meme was around late october of 2012, the actual video itself being published february of 2012.

its a meme revival

And now… The weather.

do you know how often i say “i give you a hamburger.” in that same, slightly menacing tone? we will bring back the cuil theory until the heat death of the universe, and none will stop us.

2. Janine Manning @NewStarWoman: “On the left, an old photo of settlers posing on a mountain of buffalo skulls, killed to starve the Plains people to death. On the right, present day, #Mikmaq livelihood fisherman catch ruined with chemicals by settlers.

Taken from Loving: A Photographic History of Men in Love 1850s–1950s 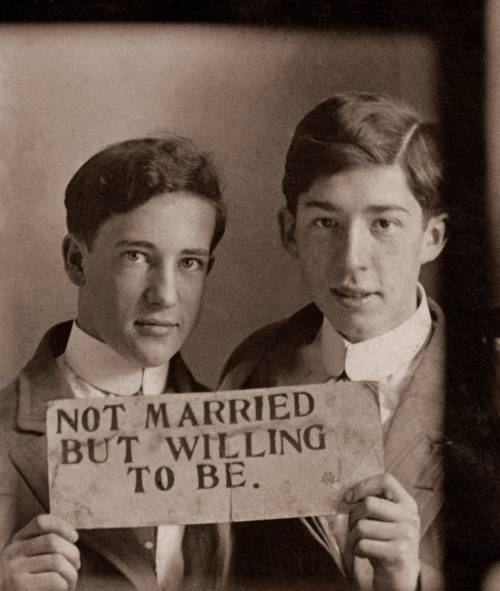 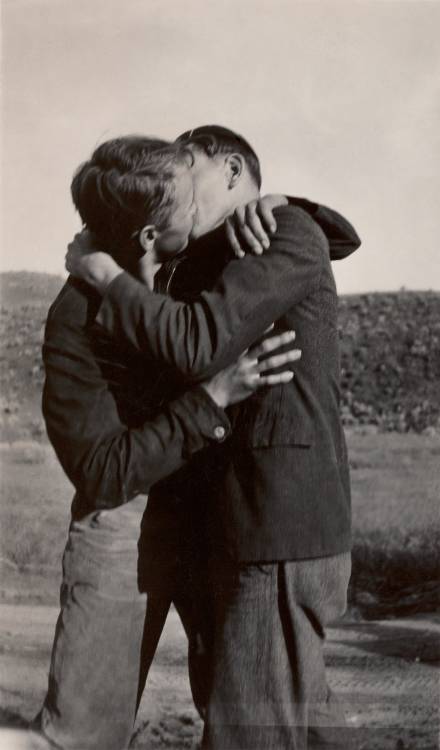 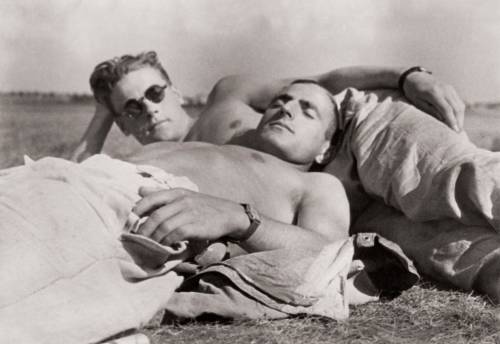 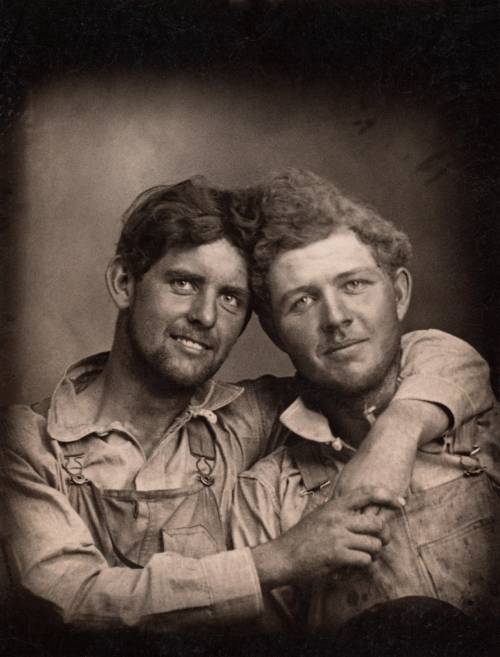 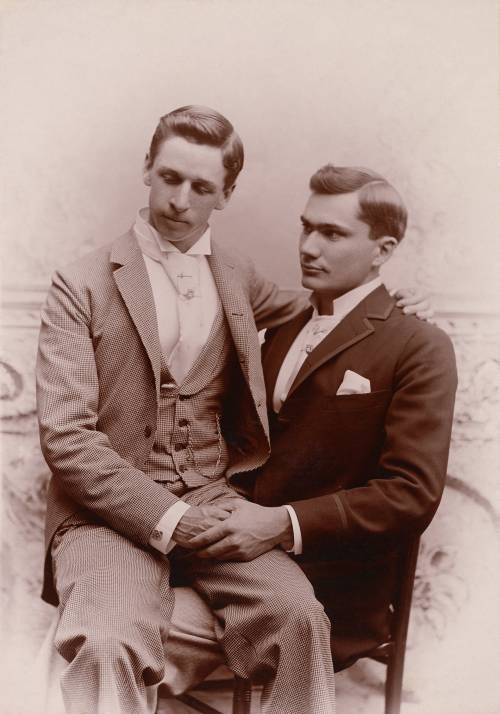 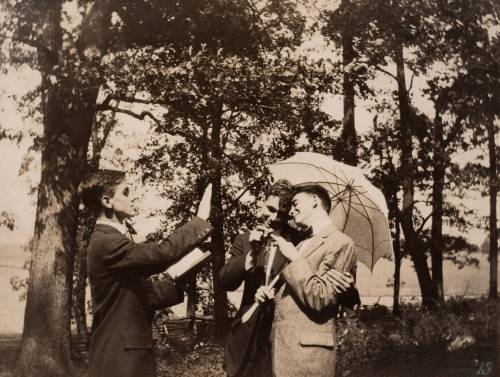 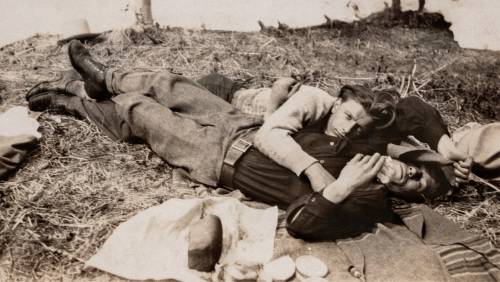 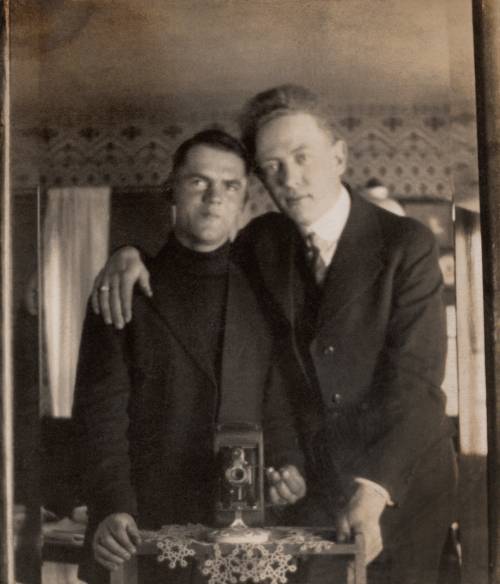 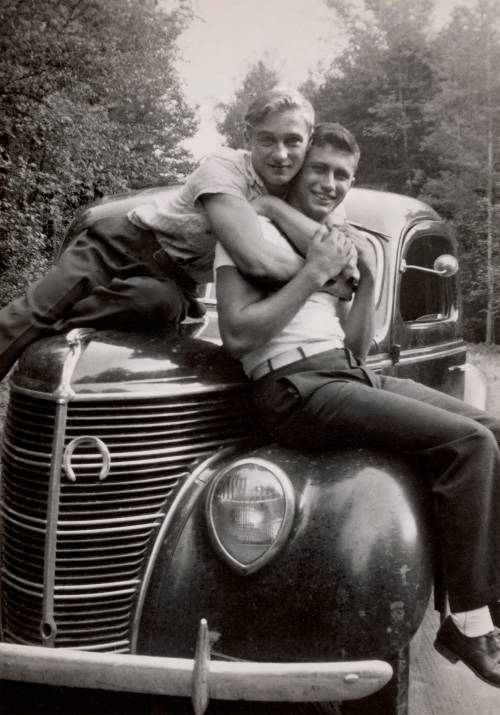 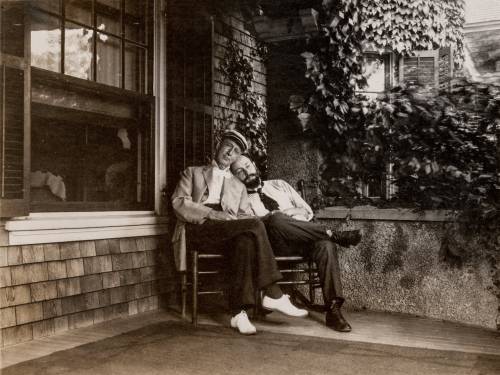 my cats name is шарик (SHA-reek, roll the r) but his legal name is soap just to make it easier on americans and also its a cute name. anyways the vet called him “mr. soap” which i really appreciated

me, escorting this beautiful boy onto my blog: Right this way, Mr. Soap.

since i missed out on the cheerleader thing: here’s a bakugou wearing a ball gown of highly impractical length 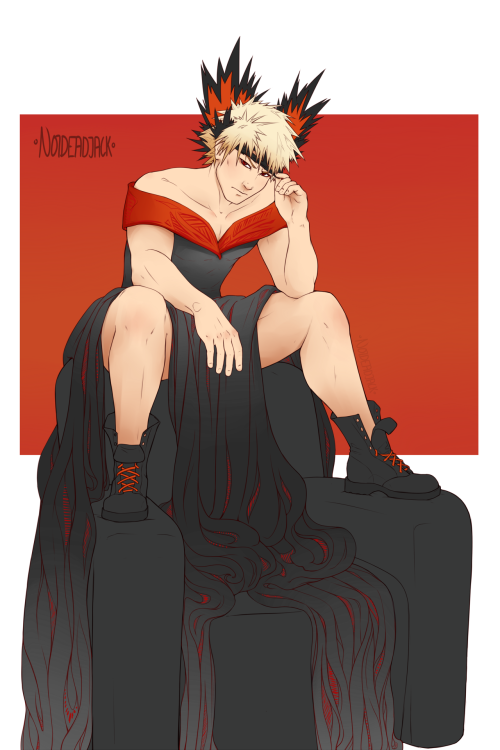 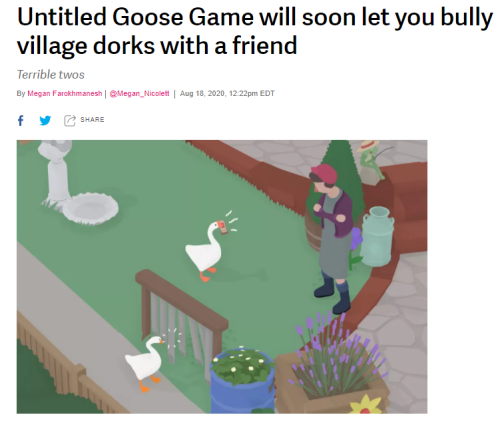 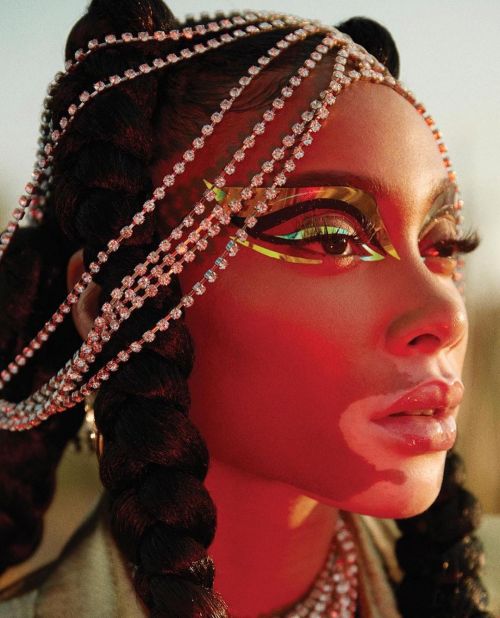 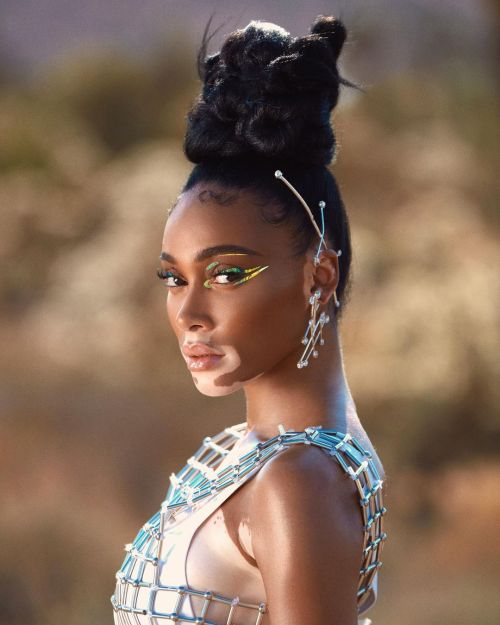 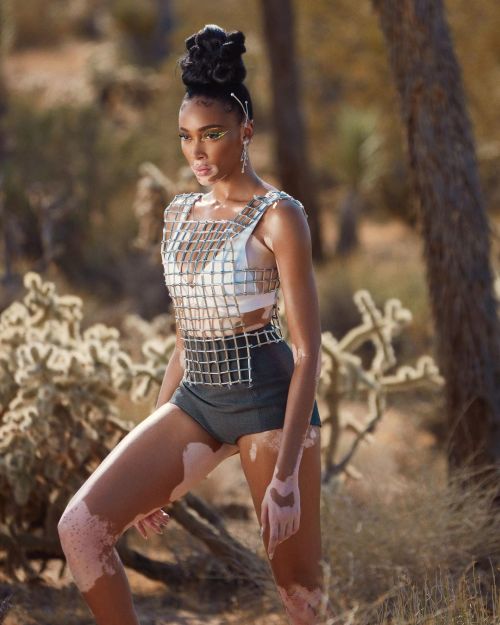 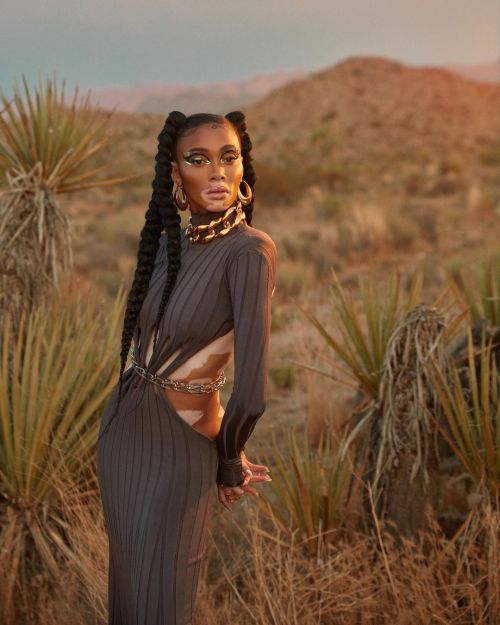 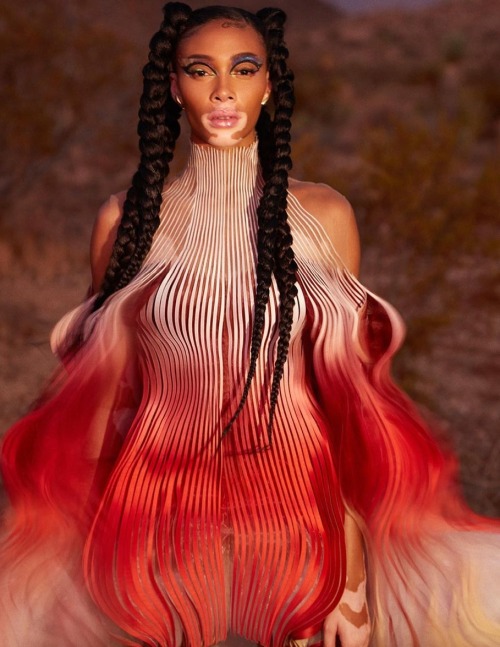 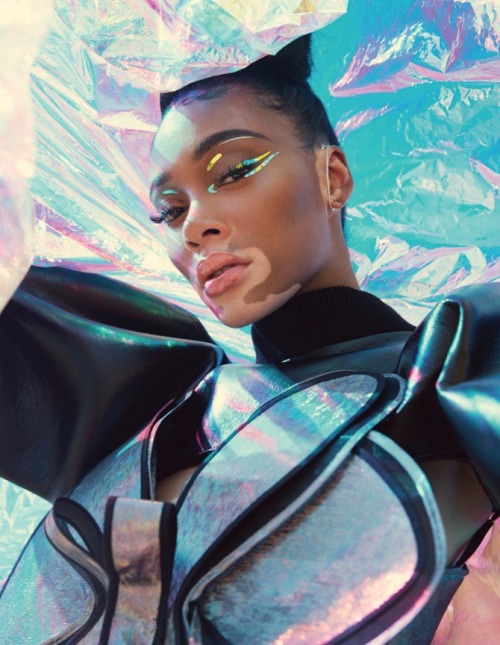 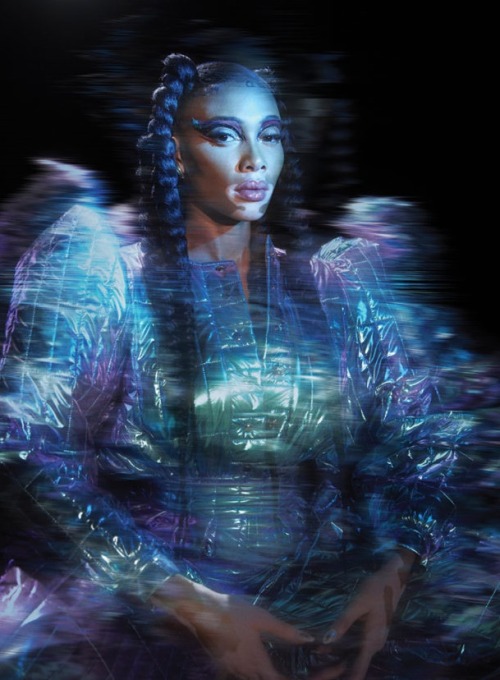 You might have heard about the 2016 coup d’etat which the House of Parliament was seized by the military junta. More than 80 years have passed since Thailand first claimed to be a democratic country, yet it is hard to deny the existence of the influence of other powers on the politics. Indeed, during this 80-year period, 13 coups were succeeded. With our constitutional rights taken away, the junta exacerbates the situation by cheating in the 2019 election, controlling the media, interfering with the Justice System, and passing laws that favour their own faction–all of which raises the question of the competency of the government itself.

Then the pandemic happened; the people who could not withstand another management failure by the junta government started to call out for their right, hoping for the change. Their voice, however, seemed to be in vain. Not only that the junta ignored their demands, but the protestors were also threatened for their lives. Many have been arrested, yet many still stand up to challenge the regime. The protest that has been going on for months had been without violence, until yesterday.

On October 16th, the officials directly confronted the protestors who gathered in downtown Bangkok, many of which were high-school and college students. Facing the protestors holding just umbrellas, the police force used high-pressure water cannons to break up the protest. We saw the police, armed with armour and shield, assaulting the innocents. Ironically, it was the peaceful protesters who are framed by the media as the starters of the riots.

How could we, as a human, justify this brutality–the crime of state officials toward the people?

Today our Justice is corrupted. The law is nothing more than the government’s tool to silence the dissidents. The police and military are under the junta’s control, and, in turn, their abuse of power are overlooked.

All of these attempts, it seems to me, is to satisfy some groups of authorities who would never let go of their power. Their desire to remain in control is their one and only concern–regardless of the well-being of the people on the street nor the methods they have used and will use to achieve that goal, and regardless of how inhumane they have become.

What I told you here is only small part of the story. Please checkout the tag #whatishappeninginthailand  or #restoredemocracyinThailand on twitter for more information.

So if you–friends who live in the country better than ours and are guaranteed the freedom and liberty I never have had–happen to see this message, I hope that you spread our stories. Please watch us. Please amplify our voices. Please let the world know the wicked crimes the Royal Thai Government has committed in the name of “peace,” the term that, as simple as it may sound, the junta will never understand.

Wolves React To Gamekeeper Who Had Been Away On Maternity Leave

“WHERE’S YOUR PUPPY! WE WANNA SEE YOUR PUPPY! DID YOU JUST HAVE THE ONE? DO YOU HAVE THEM WITH YOU? ARE THERE PHOTOS?”

I’m not a hundred percent positive but I’m pretty sure this is the wild life center where I visited wolves.

And the safety briefing included the question “So if you’re pregnant, do you want to know or not?”

Turns out there had been a bit of an awkward situation once where the keepers had casually mentioned a woman’s pregnancy in a group, and she herself didn’t even know yet. Turns out the wolves are excellent at telling if you’re pregnant and the keepers can tell based on their body language.  They get all odd and careful around pregnancy. (Even wolves knows that you have to take care of pregnant people.)

So they definitely knew she was pregnant.

And if I remember my BBC documentaries right, a wolf will leave the pack to give birth and introduce the cubs to the pack once she feels ready for it. And maternity leave is flexible but often around 6 months so they’re going “YOU WERE GONE FOREVER! WE WERE SO WORRIED! WHERE ARE THE CUBS?? WE HAVE TO GREET THE CUBS!!“

Also the two on her back are fighting over who gets to greet her first. Giving and receiving attention is a commodity that goes by hierarchy and if you don’t accept that there will be scuffles.. The wolf lying down next to her isn’t chill about her coming back, it’s just submissive to the other wolves and waiting for it’s turn to show excitement.

Now I can see why we domesticated these adorable jerks.

Via Cats on Catnip

What I love about photos like this is the implication that rather than help, somebody went and got their phone so they could take a photo, probably while the victim is shouting HELP WHERE ARE YOU GOING COME BACK WAIT OH NO 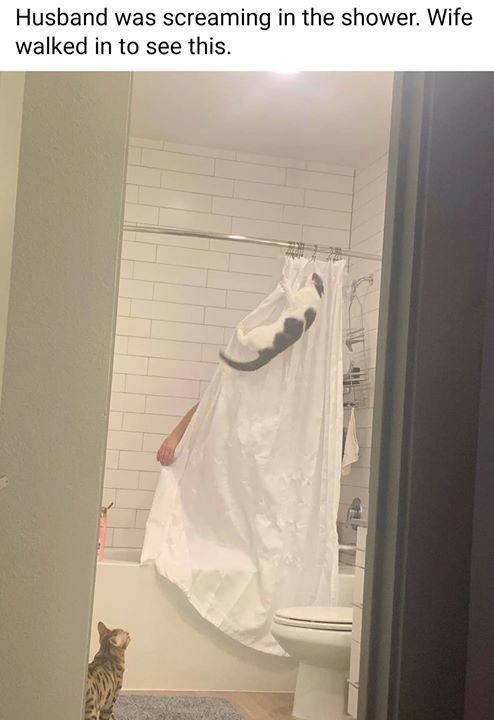 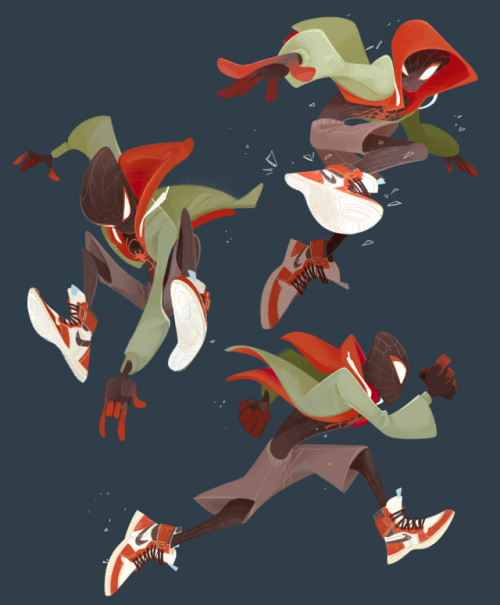 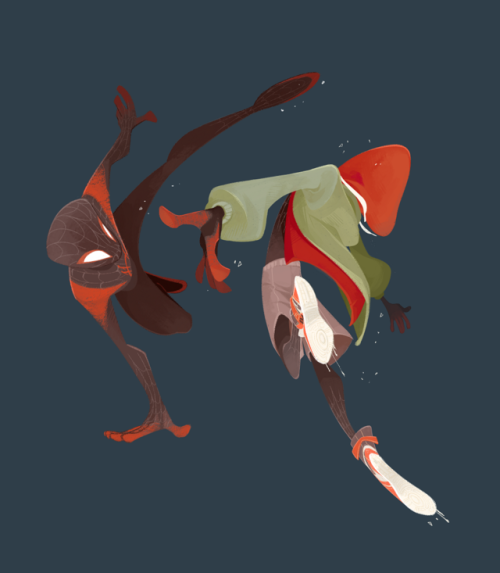 I feel called out

Replace “white dads” with “me”

Got in one last kill!!!
But White gets YEETED!!!

To space with this Bean! 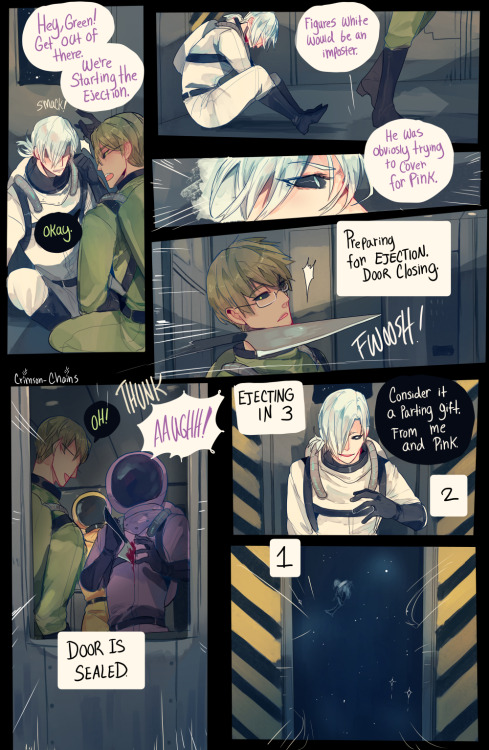 Reunited <3
The Beans are both ghosties now! But at least they are together :D 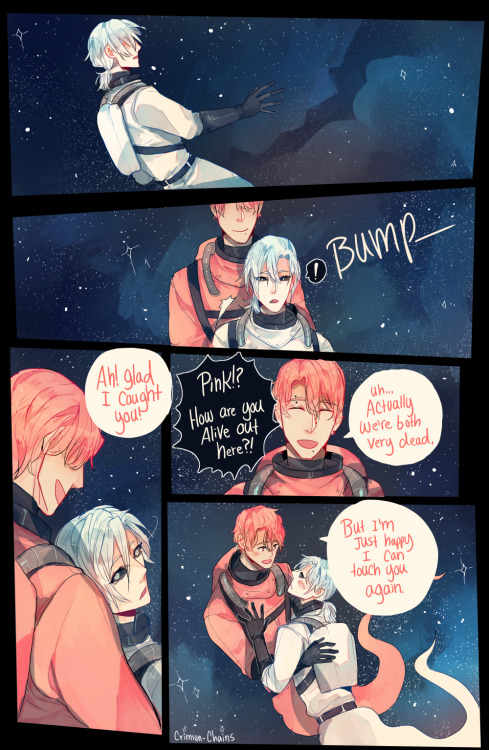 They’ll be together now and can enjoy their time as ghosts :D 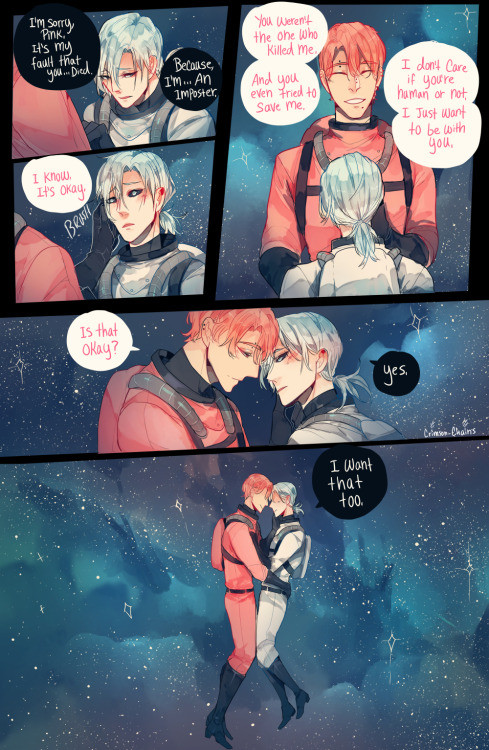 Soulmate AU. When the youngest soulmate turns 21, you switch bodies for one day.
AKA: While Yuuri is panicked, Viktor is delighted. 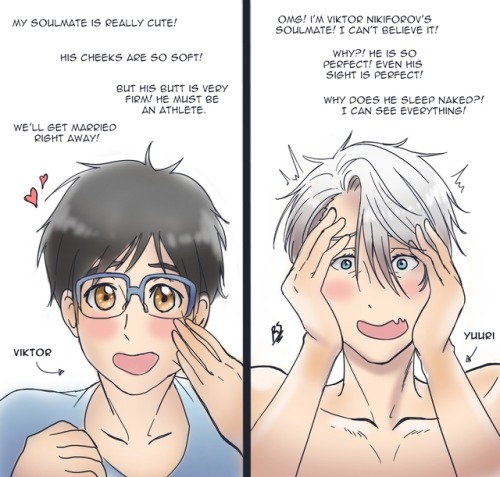