My A03 has lots of erasermic stuff! ~ Call me Inks! (My main blog is xxinksxx) They/Them//29//AroAceAgen I have no excuse tbh I'm just here to scream about my favorites and launch myself into the sun

We looked inside some of the posts by theyellmanfan and here's what we found interesting. 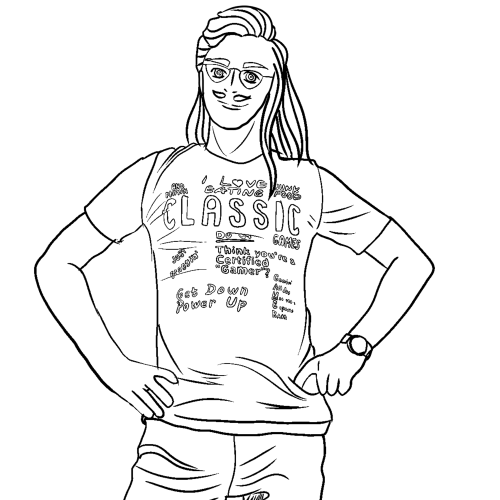 nobody believes mic when he says that aizawa is the nice one and hes baffled as to why. aizawa is the one who has an entire drawer full of thank you cards from former students. hes the one who will privately tutor his "expelled" students until they qualify for readmission (1a has actually been less work in that regard). hes the one who lets crimes slide if they arent hurting anyone (see vigilantes). one year mic got asked to be a homeroom teacher, looked at what aizawa deals with, and said *no*.

“Yamada,” Midnight said, holding up some papers as she poked her head around the doorway. “I have something for you to look at.” Hizashi looked up from his desk in the teacher’s lounge and blinked as she came and set the paperwork down in front of him.

“What’s this?” he asked as he picked it up to examine it.

“3A needs a homeroom teacher next year and I thought you’d make a good candidate,” she said.

“You should ask Aizawa, he’s more suited to that than I am,” Hizashi replied, handing the papers back to her. “I wouldn’t be so nice.”

“Nice? Seriously? After he just expelled an entire class in one go? You call that nice?” Midnight asked skeptically.

“Nicer than I would have been,” Hizashi replied, crossing his arms as he recalled the countless sleepless nights he’d watched his husband prepare personalized lesson plans for each of those expelled students so they could qualify for readmission. “I wouldn’t have done half of what he did to get them requalified.”

Besides, every one of them had passed thanks to him and each one had written him a personalized thank you card for all his hard work tutoring them on the side. He kept them all in a drawer and would look through them sometimes when his current class was getting difficult to handle. It reminded him of why he did what he did. How was that anything less than nice and soft and kind?

“He’s such a hard ass though,” Midnight said. “I mean I get needing to be one in certain circumstances, but even he’s got to see it’s a bit much.”

Hizashi thought back to previous night where they’d caught a kid stealing bread and peanut butter from the store and cornered him in an alleyway. Aizawa had knelt down in front of the kid who was shaking like a leaf at being caught by two pro heroes, thinking he was going to jail, and spoke softly to him, asking him if there was any other food he needed to stay fed. They’d let him off the hook and given him some cash to buy more food with and the kid left in tears, thanking them for letting him go.

“He’s not as big of a hard ass as you think he is,” Mic said. “The kids generally deserve it if they get on his bad side. It’s a good lesson to learn.”

“I still think you’d make a better homeroom teacher than he would,” she said, trying to hand him the papers again.

Hizashi thought over it for a moment and things he’d seen Aizawa do just with kids in general even if they weren’t his students. Things like watching Aizawa volunteer at an event to adopt out cats and spending a good 10 minutes talking to each kid looking for a best friend in order to figure out their personality and what cat would perfectly compliment them. He’d cried watching some of his favorite cats go, but he knew they had a better home now that they had been adopted.

Or the time he noticed a kid was being bullied in a park (though the bullies hid it because they knew there was an adult nearby, and how Aizawa was just observant enough and noticed The Signs even when Hizashi hadn’t), and pretended to know the kid and walked them safely home. He’d spoken to the parents of the bullies afterwards and confronted them on their poor parenting. Hizashi would have never had the nerve to call them out point blank like that.

Or the time he learned to bake - and actually got pretty good at it - so he could bring over some sweets for the kid next door (who would often come home to an empty house because her parents worked all the time), in order to cheer her up. He often packed her lunches to take with her and left them on the porch with a note each morning before the family had moved away and he’d lost his reason to bake.

Honestly he had no idea how people didn’t know Aizawa was the nicer of the two of them. Hizashi may seem like a cooperative, easy going person in comparison to Aizawa who seemed rough and stern and angry all the time. But honestly? There was no one softer that Hizashi knew than his husband. It was one of the things that had attracted him to Aizawa in the first place. His kindness may have come in odd ways but it was a prevalent part of his personality, and Hizashi loved it.

“Honestly I’d rather go bald after seeing what he goes through,” Hizashi replied firmly.

A collab between me and @peachylixir ! a joint b-day gift for @yamiheart  based on the HP AU the 3 of us have been brainstorming for a while now! (still in the works!)

Peachy wrote the fic, which can be read here –> archiveofourown.org/works/24431989 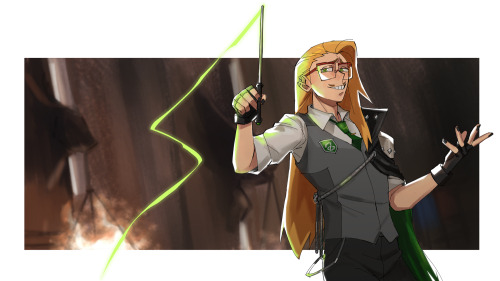 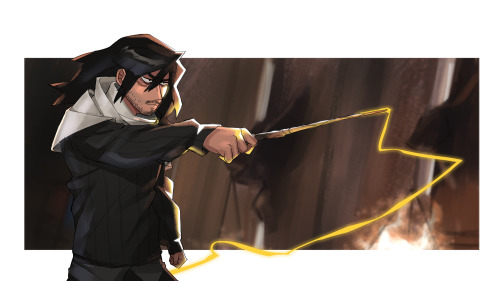 what a time to be alive 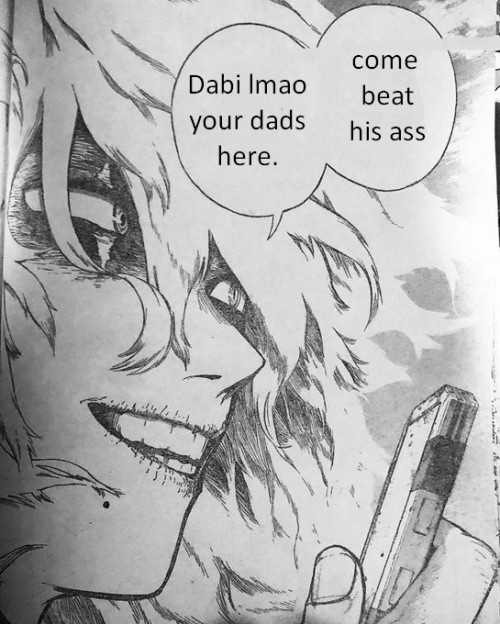 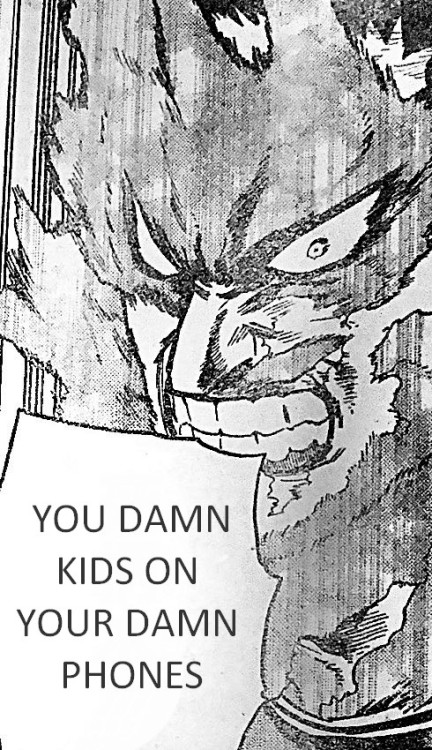 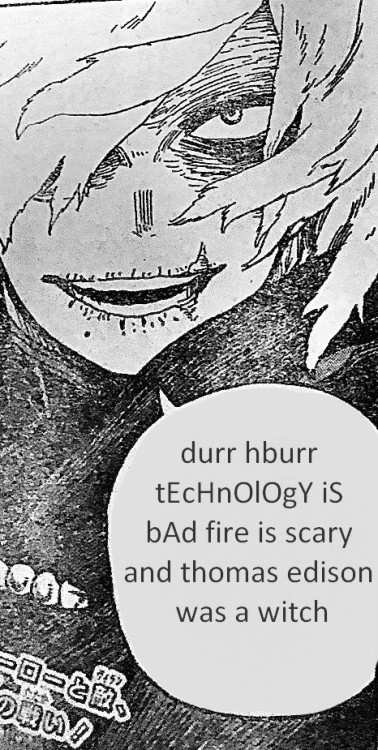 I don’t think we’ve ever seen Toga this mad. Like Never ever.

My Hero Academia characters as “Whose Line Is It Anyway?” prompts

The League of Villains

Not sure if this has already been done or not, but I mean…you know I had to 👀

baby!Zashi, you should give baby!Shouta a hug! he looks like he needs one!

Hug attack was super affective! It seemed to have cheered him up a bit! 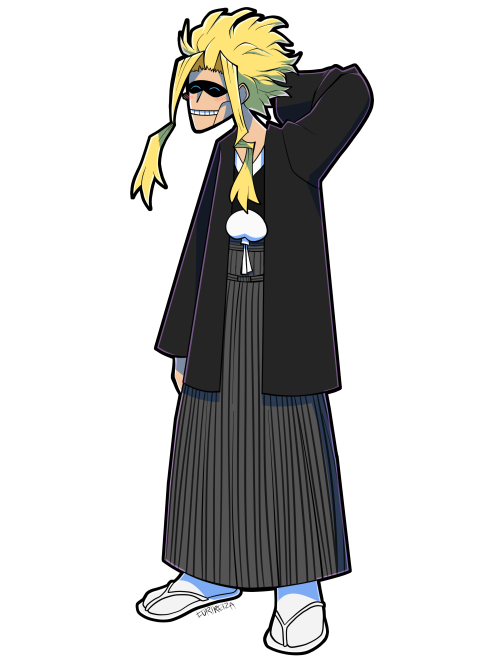 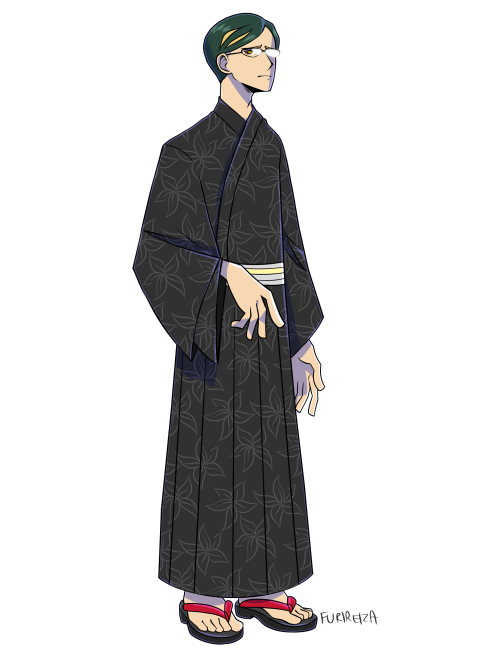 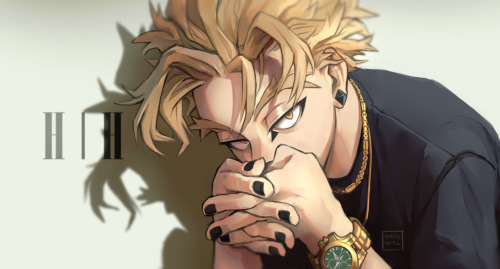 You can fix any amount of angst if you replace it with a high school au, right? ….right?? 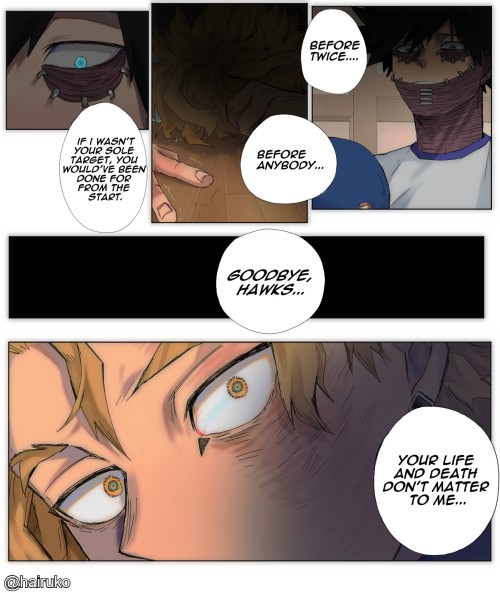 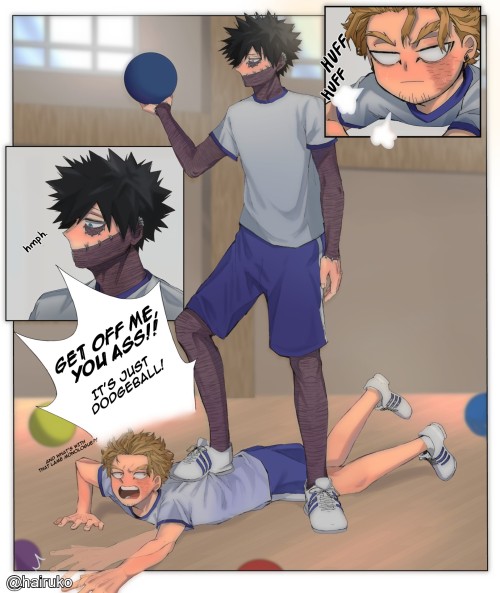 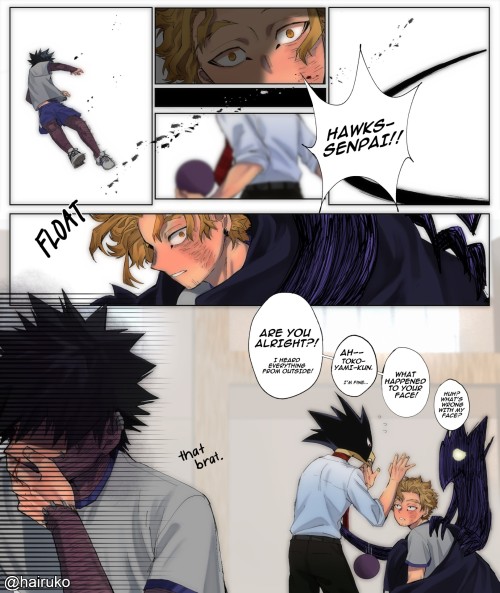 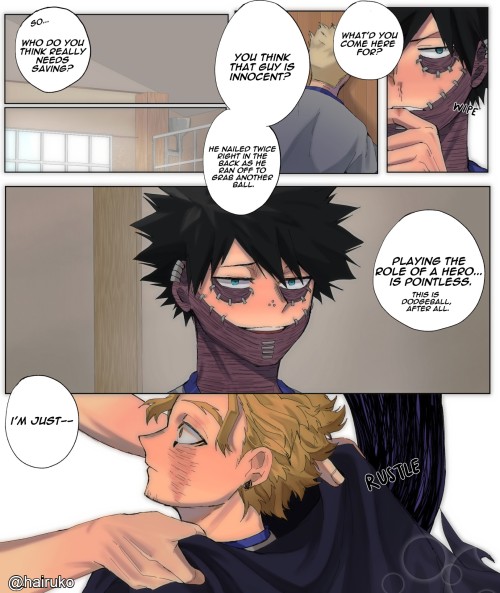 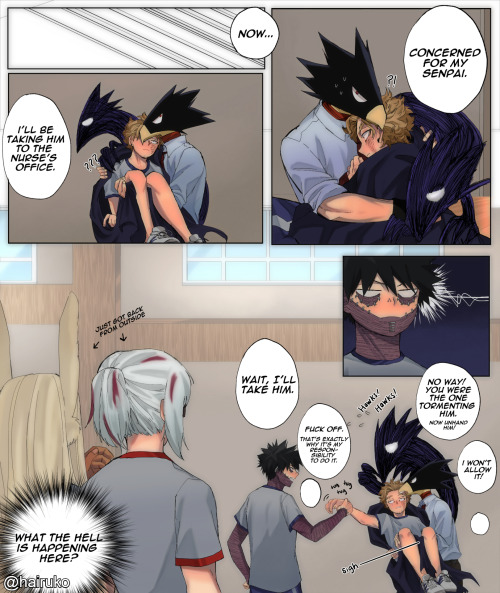 Enjoy a very delayed Day 2 Prompt: Technology for the Alone Together Erasermic Prompt Week that was going on back in April!

Hc facts below the break! 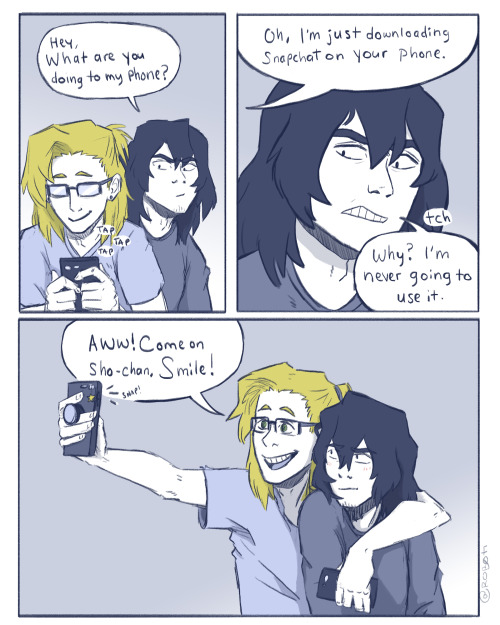 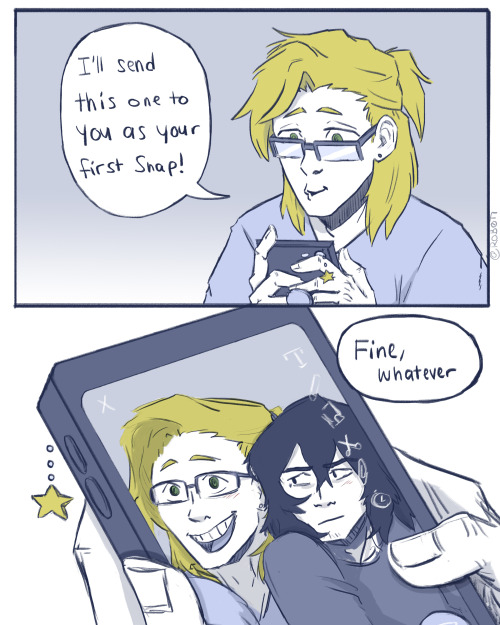 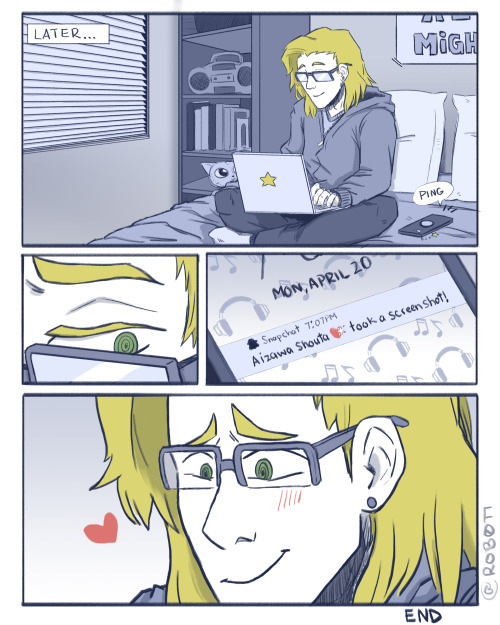 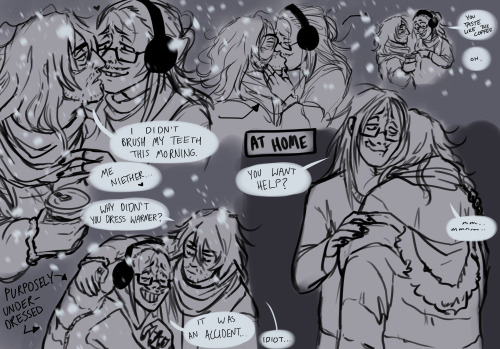 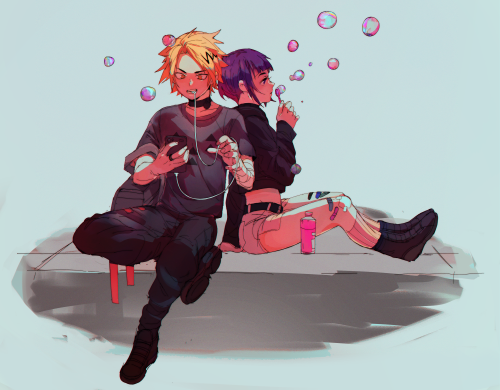 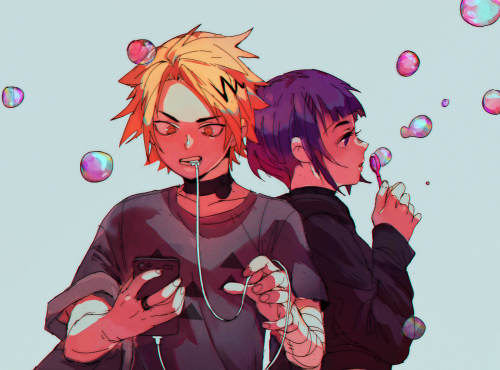 Have some Erasermic pain and anguish

whose kids are these?