We looked inside some of the posts by transblindfold and here's what we found interesting.

watch leftists just ignore that he did this smh 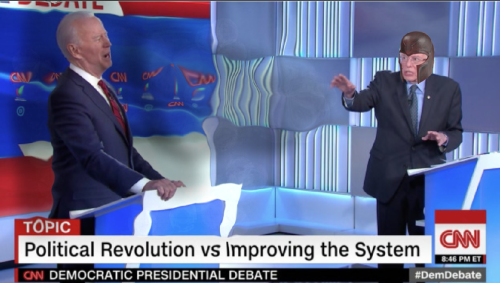 I really need Democrats and liberals as a whole to understand that screaming at people to vote blue no matter who is perhaps one of the worst political mindsets in modern history. The current blue front runner is a man who supported segregation, a man who sat by as his president and apparent best friend ordered the deaths of thousands of innocents in the name of expanding American influence. He’s a man who not only supported but in fact legislated mass incarceration. He’s a man who countless times has said racist and homophobic statements with no prompting whatsoever.

Joe Biden is a racist, bigoted American nationalist who proudly touts his efforts in writing the preliminary bill that formed the fascistic Patriot Act, and somehow all of you so called progressives have been totally convinced he’s an acceptable choice. You didn’t pick the lesser of two evils. You fucking picked evil. That’s the end point of that argument. You saw what this monster has done throughout his life, and you said you were okay with that because he’s from one political party instead of another.

When millions more innocent people are deported, when thousands more children are separated from their parents and thrown in cells with no care or human decency, when hundreds die every year from the violence of American hegemony, I want you all to know that’s what you support. You all can look at that, you all can see that happen, and instead of fighting it, instead of choosing to act, you can cast a vote for the next imperialist hellbent on murder, and feel satisfied. Good for you.

oh my god im sick of this theyre gonna pick biden and its gonna be the same election season as 2016 and the election will be close but trump will win anyway as if you can beat an election-rigging fascist with a personalityless centrist and then people will be talking about how it’s bernie supporters fault! none of this would have happened if not for you YADA YADA and then everything’s going to get worse (which would also happen if biden had won) and then 4 years are gonna pass and people are going to die and then the democrats are going to have another contested primary race but in the end theyre gonna go for the liberal centrist with no policies and WASH RINSE REPEAT and it’s going to keep happening huh? huh?

#im feeling the same way..., #it all feels so hopeless
150 notes · See All
transblindfold·a month agoText

Rogue in her vows to Remy: I promise to love you forever. And also let you have a little Grindr time. As a treat.

I love the implication that either him and rogue have an open relationship, or he’s willing to cheat on rogue with absolutely no effort to hide it

Also… love Rictor’s energy like…. “this isn’t my first gladiator-style fight to the death! better remember my headphones!!”

terfs are so weird. why would we date cis “women” when we can date the real thing

anyone else get the constant fear that there are unspoken social rules you dont know about (especially in new situations, like when i first started taking the bus, i was afraid i was doing it wrong lol) so youre just always on edge and kind of… watching how other people act so you can copy the “correct” thing to do

marvel writers need to remember that longshot is a 5′4 himbo twink who only understands positivity and doesnt understand what sex is, and not a 6′2 douche with a manbun

thinking about how illyana and rahne had similarly traumatic childhoods, how they were both abused by their father figures, but how they deal with that trauma differently. illyana tries to be reserved and distant with most people because of her trust issues. she doesn’t trust herself not to inadvertently hurt others and she doesn’t want to make herself vulnerable to being hurt by others. rahne is very much the opposite. she’s very friendly and eager to please others. she is very trusting, sometimes so much so that it puts her in danger. she particularly seeks approval and love from older male figures in her life, love that she never really received from the man who raised her.

I think a big reason for that difference in behavior is that illyana was very aware that she was being manipulated and abused by belasco while she was in limbo, whereas rahne didn’t really comprehend or accept that her father was abusing her until long after the fact. there might be multiple reasons for this. belasco’s abusive behavior is a bit more obvious simply because of its magical nature. but I think it’s also because when illyana was in limbo, she had storm and cat to guide her. they helped her understand that belasco was evil. as far as we know, rahne had no one. her abuser’s position as both her father and as a religious leader likely made it far more difficult for her to comprehend what was going on.

since you’ve just decided to like. not read anything lmao. and yeah, joining the military and invading Afghanistan and then saying the invasion was not a mistake is a pretty ringing endorsement of it.

Go read your own sources. You’re still a liar. None of these sources say anything you’re claiming and you twisting them to say a narrative that’s not there.

Like your reason that he supported Afghanistan is that he served in the military? Versus Bernie and Bidens votes and literally political systemic support for it??? LOL

this place is not a place of honor

Wow. This whole thing is filled with lies.

1. What a stupid statement? He was not in congress, senate, or the executive branch? How could he have supported Afghanistan? But Bernie Sanders sure did.

2. A blatant lie. This is like so fucking false, I want to laugh. He wants to make a service corp, so that young adults who graduated from highschool and don’t want to go to college or go get a job, can join a service corp where they go around america to neighborhoods that need service, and help combat climate change, volunteer, aid the elderly. Imagine, when a disaster hits, and the US has an army of young adults coming to volunteer and aid the communities hit? So scary.

3. Again. How can he object to the “clemency” of Chelsea Manning? He was in zero position to do that? And he didn’t even personally object either, he said he felt troubled becaused there should have been avenues in which people can come forward with abuses of the government. Bernie Sanders had a similar position on Edward snowden, “I think Snowden played a very important role in educating the American public … he did break the law, and I think there should be a penalty to that,”

4. There a mtiple coutnries with Universal Health care with lrivate insurances, Whats your point?

5. Literally every president and every candidate are a supporter of Israel, including Bernie Sanders.

6. Yeah. Considering he’s making a service corp which will come out of military funding.

7. Now this is the biggest bullshit. Pete is the only candidate that is campaigning on legalizing weed and decriminalizing all drugs.

But keep spreading that disinformation. And he shouldn’t be president cause it will make homophobia worse? What kind of garbage statement is that?

-supports the invasion of Afghanistan

-objected to the pardoning of Chelsea Manning

-is a “committed supporter of Israel”

-against voting rights for ppl incarcerated

#not x men, #politics, #for reference, #ive got an acquaintance who supports buttigeg
23K notes · See All
transblindfold·2 months agoText

bobby drake: im gay and i think you might be too, just based on literally everything about you and your relationships with women and the way we acted toward each other while we were dating and the fact that we dated in the first place?

kitty: hm. interesting hypothesis. im gonna go phase myself thru that giant bullet again so i dont have to think about this bye

lord give me the strength.

Im glad to see someone else who hates this as much as I do. The Cuckoos are five seperate girls with five seperate personalities. They have seperate likes and dislikes, and I personally see zero reasons Sophie, Mindee or Esme would ever be attracted to him. The fact that they’re being treated like objects to be swapped around is disgusting to me. Even Celeste and Phoebe, who I would think are ones who would even have a sliver of chance of being attracted to him, hate him because he tortured them during the whole “Age of X-Man” thing.

The five (or three) have never shown interest in dating the same person before. Their crushes have never overlapped. Their most recent character arc (from six bloody years ago) even had them strive to distinguish themselves from eachother, and work out how to be indaviduals. The only time something like this could have been remotely construed to happen is when the three went to a dance with Julian Keller, which they only did to help him make his actual crush jealous, because they thrive off of social chaos.

Furthermore, they are the daughters of Nate’s father’s girlfriend, and basically his step-sisters; although considering writers had him hook up with an alternate version of his mother, this probably doesn’t even register. 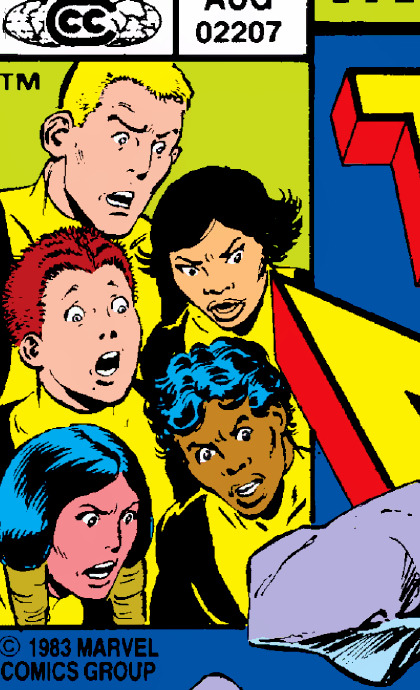 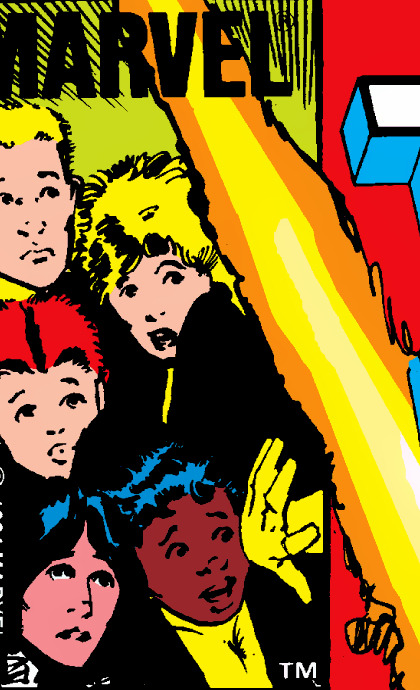 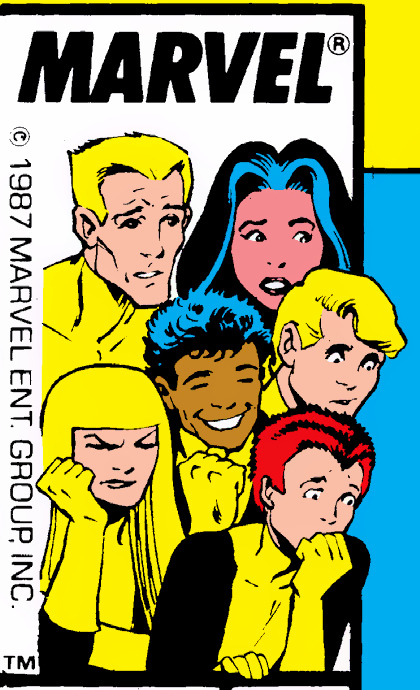 seriously though take this personality quiz and tell me what you get. it’s important.

trans women are so pretty….

marceline/bubblegum really is it huh it’s like you wanted enemies to lovers? too easy, how about strangers to friends to lovers to ‘it’s complicated because we are in love but we’re pushing each other away’ to exes to enemies to frenemies to friends to 'it’s complicated because of our history but also because of cartoon censorship’ to lovers? now THAT’s them. royals? them. royals that rule together? still them. city girl meets farmer lesbian? literally them in the 'varmints’ episode. scientist au, band au, space au, multiverse au, genderbent au, pirate au, musical au, opposites attract, jocknerd, gothprep, independent story arcs that mirror and complement each other, 'someone you meet at the wrong time and then meet again at the right time’, dying together, being immortal together, memory loss, classic vampire tropes, classic princess tropes, teen romance tropes, divorcée tropes, old married couple tropes, clothes sharing, meeting the in-laws, found family tropes, dream sequences, battle couple tropes, stories within stories, just enough vagueness to drive you crazy, flashbacks, pining, flashforwards, still even more pining somehow, 'saved with the power of love’ tropes, them, them, them, them, them, them. THE monolith of fictional relationships

Rogue and Northstar: *drinking wine and watching a hockey game* what do you think Remy and Kyle are doing right now?

Gambit and Kyle also drinking wine and playing cards in the other room:

#gross, #obvious the people writing the article know nothing about the new mutants
72 notes · See All
Next Page