ure-a-sunflower
✨Trash✨
Pfp: @kinomii.q on Instagram
Explore Tagged Posts
Trending Blogs
Statistics
We looked inside some of the posts by ure-a-sunflower and here's what we found interesting.
Inside last 20 posts
Time between posts
1019842.2
Number of posts by type
Photo
8
Video
1
Audio
0
Text
8
Chat
0
Answer
2
Link
0
Quote
0
Fun Fact
Pressing J while looking at a Tumblr blog or home feed will scroll up on the page, pressing K will scroll down. This is helpful considering a lot of the Tumblrs feature infinite scrolling.
ure-a-sunflower · 325 days ago
Answer

Sorry I couldn’t get this out sooner, but I hope you’re feeling better! Nightmares suck :( Sending virtual hugs back ٩(๑•◡ • ๑)۶ⒽⓤⒼ💕

I picked Shinsou as my second character, I hope that’s alright. I haven’t really written for him in a hot minute, so I wanted to get more stuff out for the Good Boi.

- To be honest, he’s going to be a little annoyed at first that you woke him up

- This boi is the epitome of a grumpy old man

- Once you’ve explained you had a bad dream, he’ll grab you and pull you into his chest

- Bakugou is super affectionate and cuddly with you in private, fight me

- Anyway, once you’re all nice and tucked in with him, he’ll ask what the dream was about. He doesn’t really care about the dream (unless it had something to do with him), but he knows it’ll be harder for you to feel better if you don’t get it off your chest

- He WILL pet/play with your hair while you talk, and he has his pretty soft-frowny face while he listens to you (he is still listening to what you have to say)

- Once you’ve told him everything, he’ll probably try to get you to go back to sleep, especially if it’s still nighttime

- He’ll do whatever you want to calm you down, whether it’s rubbing your back, kissing your forehead, or getting you to think about something else

- Bakugou’s staying up until you go back to sleep, no questions asked

- And if you don’t want to go back to sleep, maybe he “wanted to get up early anyway” and makes tea with you in the kitchen

- He’d also totally watch something lighthearted with you to further distract your thoughts, whether it’s a cute show or a funny video. He might make fun of it, though, or maybe even say it’s dumb, but he knows where the line is so he doesn’t actually hurt your feelings by it

- Either way, Bakugou’s there for you, whether he likes it or not (he does in fact like it)

Your hands trembled no matter how hard you tried to get them to stop, the threat of tears making your vision blur. A gentle hand brushed your hair out of your face, and your eyes met a pair of glittering vermillion.

“What happened?” he asked, voice rough and callous as his hands.

“Bad dream,” you whispered, voice of your own struggling to work around the stubborn lump in your throat.

He pulled you into his chest; his body strong yet soft. Bakugou’s scent overwhelmed you, but only in a pleasant way, seeming to chase some of the heaviness weighing down on your own sternum. His arms squeezed you tight to him, lips leaving a lingering kiss over the skin on the crown of your head.

“I’ve got you,” he said; voice lower, quieter—one that was so used to shouting now scarcely daring to stir the air. “You’re safe with me.”

- This kid probably isn’t sleeping anyway, so he’ll notice when you’re having a bad dream

- He’ll see the way your eyebrows draw together and how your breaths grow shallow, body suddenly restless

- He’ll wake you up by shaking your shoulder and calling your name, wanting to prevent you from experiencing the dream for any longer than you have to

- As soon as you’re awake, he’ll ask if you’re alright, his hand caressing your cheek

- Once he knows you are, he pulls you into his lap, letting your head rest on his shoulder

- Shinsou’s a good listener, and he’ll gently rock you both back and forth as you speak

- When you’re done, he’s going to reassure you that you’re safe, and then try his best to get your mind off the dream. He’s had his fair share before, so he knows it’s best to try and forget the nightmares sometimes and let them fade on their own

- Shinsou has all the best cat videos saved on his phone, and that’s his go-to whenever he knows you need a pick-me-up

- He’ll let you lay on his chest with his arms around you, holding the screen so you can both see the cute kitties

- He’s also not going to hesitate to hold you and just talk. Shinsou’s a quiet guy, but you’ve always been so easy to talk to for him

- And he’ll even muster up the courage to kiss all over your face to make you feel better. Kisses make him flustered, but it’s all worth it for you

- He’ll watch over you if you decide you want to go back to sleep. He’s going to make sure that you’re as comfy and calm as possible so another nightmare doesn’t sneak up on you. Even if one does, he’ll always be there for you whenever you need him

His nose nuzzled against your own, lips shyly placing kisses on the apple of your cheek. Your heart swelled with the gentle intimacy, arms wrapping themselves tighter around his broadened shoulders. Focusing on the sensation of each kiss, your eyes fluttered shut, letting his thumbs at your jaw hold you in place with every caress of his slightly chapped lips.

It was as though you’d left one dream only to arrive in another, only this was more tangible, and ever so pleasant. From your seat on his lap, you knew you were safe. Memories and images from your nightmare still flashed periodically in your vision, but you were quick to direct your attention to the warm breath against your skin. Hitoshi’s sweater was soft under your fingertips, and you fiddled with the material as he methodically worked his way across your face.

You finally felt grounded in this reality; smelling him, feeling him, hearing him. You knew if you cracked open your eyes, you’d see unruly lilac hair, and dark, tired amethyst eyes.

“How are you doing, kitty?” his low voice whispered in your ear, causing a tingle to run up your spine.

“Better,” you responded. “Thank you.”

There’s no need to rush now. Take your time and polish it.

So… I need someone to kiss me PLEASE

Words of encouragement from your friendly neighborhood tsundere. 💕

Deku and Eri-Chan dress as their heroes for Halloween! Deku is still a dork

This post. This is it. My heart shot out of my chest and I can die happy now. 💕💕💕 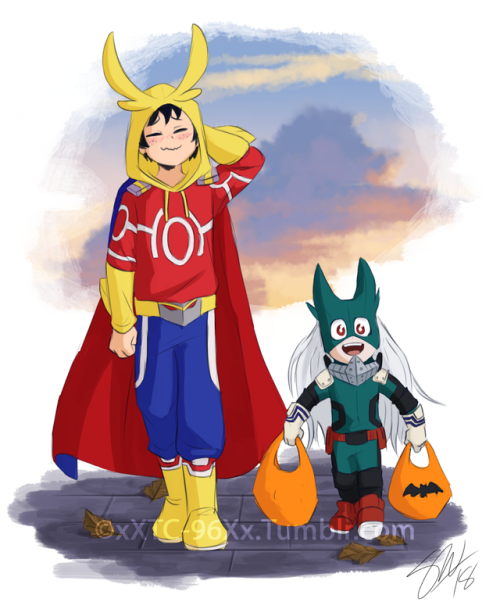 So in conclusion, I’m a slut.

I found out that Kiri dyes his hair red only recently~

Fun fact: so did I a month ago 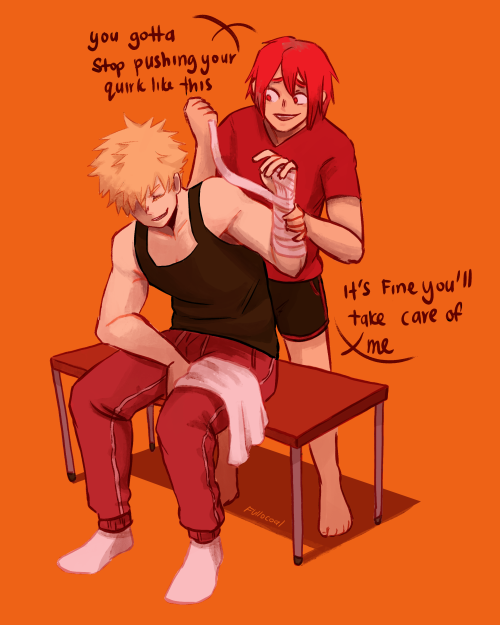 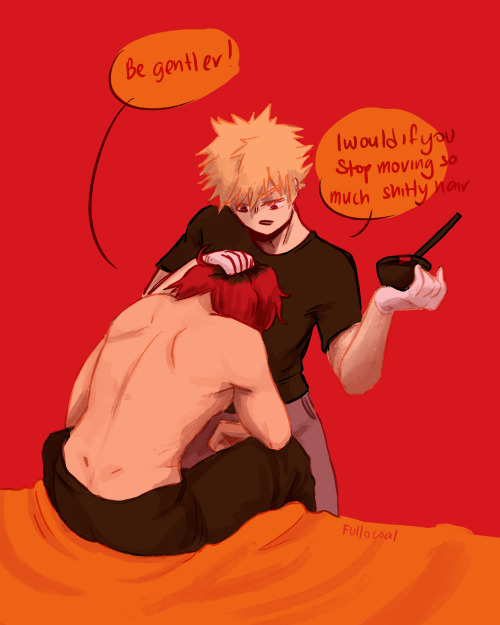 Squad goals. I said it. 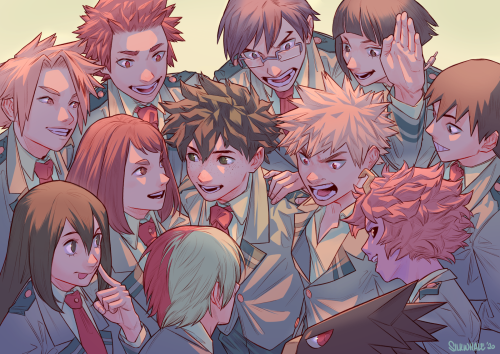 I love him ahhhh—

CADENCE HELP IDK BUT YAGAMI MADE ME LOVE KIRISHIMA SO MUCH HELP, MY HEART—

Accept and conquer my friend👀✨

My generation was raised on Les Mis

And The Hunger Games

And you didn’t expect protest and anger? Do not tell me to wake up, I’ve been awake, you’re the one sleeping.

reminder that this blog, while not politically focused, supports BLM. bootlickers and racists aren’t welcome here, and never will be.

Slowed it down. You’re welcome.