weeklymechanismsquotes
Weekly Mechanisms quotes for any occasion
The Mechanisms may be dead, but out here in the stars, their words live on without them. And they're, like, really fitting sometimes. (Content warnings for violence, feral bastardry, murder, violence, cannibalism, everyone thirsting after Gunpowder Tim, violence, arson and violence)
Explore Tagged Posts
Trending Blogs
Statistics
We looked inside some of the posts by weeklymechanismsquotes and here's what we found interesting.
Inside last 20 posts
Time between posts
107501.7
Number of posts by type
Photo
2
Video
0
Audio
0
Text
16
Chat
0
Answer
2
Link
0
Quote
0
Fun Fact
If you dial 1-866-584-6757, you can leave an audio post for your followers.
weeklymechanismsquotes · 7 days ago
Text

based on that one picture

doing some more doodles of that monster/myth designs thing i was talkin abt and thinking about like, okay , how the hell do i draw eldritch!ivy in a way that is. convincingly eldritch?

[ID: a screenshot of the deep dream generator website, showing surreal images of a cabin in the woods. end ID.]

i think ive got an idea

okay so on one hand this is incredibly time consuming because i have to do a colored sketch, import it to the deep dreamer, mess with that for a while til it looks right, then put the deep-dreamed image back onto the original and use a clipping mask so only the correct parts of the image get all fucked up. but on the other hand:

[ID: a drawing of ivy alexandria that has been partially passed through the deep dream generator neural network, giving parts of the image a swirling, surreal appearance, often resembling eyes. end ID]

Occasion: works for any kind of story set in the afterlife or similar, tbh

#the mechanisms#weekly mechs#ttbt vol. 2#tales to be told vol. 2#death#afterlife#queue can't erase me#only the fools use their powers for good#i used it for my paladin who died at lvl 1 but got resurrected lol
54 notes
weeklymechanismsquotes · 212 days ago
Text

Toy soldier I care you,,,

“Hey Ivy can. Borrow that book on bullets used in the great coffee war?”

“Yeah it’s in the purple³ section.”

What time is it?

(Image descriptions: Jonny D’Ville grabbing and biting Nastya Rasputina’s arm as she yells at him and sprays him with a spray bottle,

Nastya pushing Jonny’s face away who is flailing his arms at her trying to reach her, and is drawn to be much shorter than Nastya. Writing next to Nastya says “fuck off you rat”

Nastya Rasputina holding a martini glass with an olive in one hand and gesturing out with the other, eyes squinting. Writing above her says “like, I don’t see how it’s monster-fucking if it’s a spaceship but go off I guess.” And writing below her says “fuck I love Nastya”

Gunpowder Tim walking through the hallway of the aurora past Nastya, who is making out with a metal socket on the wall. Tim has his hand on his face to block his vision on the side he’s passing Nastya on. Writing next to Tim says “life is hell”)

Don’t you go and make me feel feelings about something so clearly silly >:\\

Gosh imagine it’s like just a secret between the two of them, just a few minutes where Jonny can relax and not be So Much and Ivy doesn’t mind at all because she’s just glad Jonny is getting something out of a book

#not a quote
621 notes
weeklymechanismsquotes · 242 days ago
Text

channeling my Drumbot love into trying to play banjo at work! here’s a fragment of Lost in the Cosmos.

Your death is just bad luck, of course

#the mechanisms#weekly mechs#ttbt vol. 2#tales to be told vol. 2#queue can't erase me#only the fools use their powers for good
37 notes
weeklymechanismsquotes · 289 days ago
Text

#not a quote
388 notes
weeklymechanismsquotes · 349 days ago
Text

The mechanisms are incapable of handing emotions like normal people, so sometimes one of them will just start incoherently screaming out of nowhere to let it all out. Once one mech starts screaming, it leads to a chain reaction where everybody on the ship is just screaming bloody murder for like ten minutes.

#not a quote#isn't that basically canon for Jonny?
156 notes
weeklymechanismsquotes · a year ago
Text

you know what? nastya deserves a day of the week too. proposing: Cyberian Saturday, where we all collectively burst into tears over how great nastya is

guess what day it is…

*thinks of her* *bursts into tears*

Guess what day today is???

GUESS WHAT DAY IT ISSSS

I’m always thinking about her

#not a quote
2K notes
weeklymechanismsquotes · a year ago
Text

All aboard the viking space train!

#not a quote
119 notes
weeklymechanismsquotes · a year ago
Photo

My final piece for Aurora Blackbox, a Mechanisms charity zine! You can find all the pieces by the other super talented artist on @mechanismszine ! 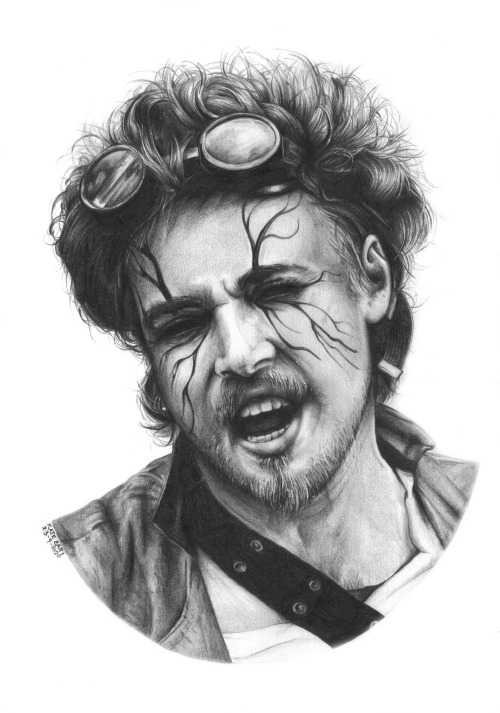 I’m moved by your tale of doomed romance

Occasion: the perfect comment to leave on a fanfiction about star-crossed lovers

#i love that hkgfhhf
58 notes
weeklymechanismsquotes · a year ago
Text

I’m moved by your tale of doomed romance

Occasion: the perfect comment to leave on a fanfiction about star-crossed lovers

[ID: A screencap from the game Among Us of the moment after a person has been ejected from the ship. It shows a dark field of stars with the text “Carmilla was An Imposter” written in white in the middle. /end ID] 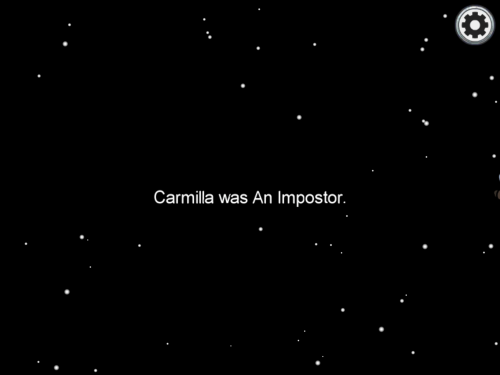 Lyf is not a morning person. The crew of the Aurora, however, are.

So y’know how Marius’ fingers are like, nebulously flesh? depending on costume budget. (also not human but that’s a different post).

[image description: a screengrab of a tweet from Kofi Young, @neitherabaron, replying to @ElzienBoo that says “I’ve never had “human fingers”, Sam. I’m not human! But sometimes my fingers are organic. It depends on my mood and also the costume budget. Mostly that one.”]

So Marius’ fingers can have skin, right? and bones? and muscles and all that?

What I’m saying is all or some of Drumbot Brian could be organic, aside from his heart which is… usually the only organic part of him. I’m talking big ol’ robot with organic arms seamlessly attached. Organic spleen.

(Days where he can’t pull himself out of bed because as strong as his legs were in life, in his last days they atrophied in space and they can’t carry his metal body. Soft hands. Scars from his execution.)

brian: hey tim can you open me up for some maintenance? I asked nastya but she told me to fuck off

tim: brian. why are there bones in here.

brian: oh haha did I regenerate a spine again? that explains the back pain, can you just yank it out of there?

brian: yeah just yank out any stray vertebrae. it’ll hurt like a bitch but it’ll come back metal :)

raphaella, passing by: ooh, did brian grow a pancreas again? can I have it???

tim: i realize the hypocrisy of this statement but what the fuck is WRONG with you people

#not a quote#this headcanon is killing me#Brian:'My lower back is killing me and I must confess so are my knees'#Raph: 'oh you regenerated knees?'
409 notes