Willow Likes Too Many Things

A fandom blog for @Dulceunicorn66 Featuring such things like: •ATLA•Madoka Magica•Toontown•Pretty much anything related to Rooster Teeth...and many more!

We looked inside some of the posts by weepywilly and here's what we found interesting.

I think we should do a Fiona week, like honestly she deserves being have stuff made about her all the time but still, not even themed just a whole week of love for her. Fanfics, fanart, edits, videos just the whole shabang man! Just a whole week dedicated to this fantastic and incredible woman. 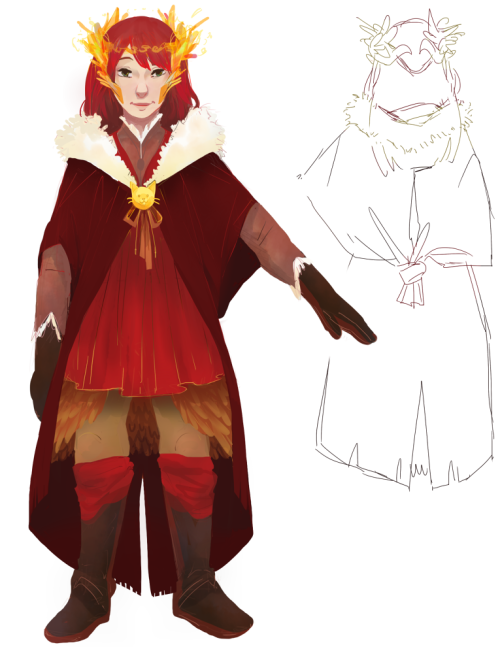 Anyway, happy pride to Mica Burton and Fiona Nova only.

this is fine everything is fine

this is fine everything is fine

Me, crying over how the Dusk Boys’ girlfriends are called the Dawn Girls

Role swap au where Zuko was the Avatar who got frozen for a hundred years, so when he’s rescued from the ice instead of a goofy twelve year old Katara catches this mysterious teenager with long hair and a cool scar and a fucking DRAGON

Katara: nevermind I hate him

How does Aang factor into this? I ask because the more I think about it the more I want him to somehow be trying to capture the Avatar.

Aang is 112 years old, decided he was going to be Zuko’s airbending teacher, and refuses to take no for an answer

Aang: Aw, the new Avatar doesn’t want me.
Aang: *gets out a weighted net* Time for Plan B then.

Look, you know how you keep a net from falling on you? YOU AIRBEND IT, SUCKA. Air comes right after fire in the cycle so it’s not like the guy has any other options. Do you want a flaming net falling on you? No? Then learn to airbend. Or this tiny old man will cart you away like a trussed turkey and lecture you about the power of laughter, going with the flow, opening your chakras, and other hippie shit.

Sokka, slouching against a fence, not moving: Oh nooooooo, that creepy old man stole the Avataaaaaaaaaar.
Sokka, sitting down on the ground: We should dooooo something.
Sokka, pulling out his lunch: Otherwise he might actually learn something. That would be teeeerrible.
Katara, indignant rage coursing through her body: Sokka!!!!!!!! We have to go look for him!!!!
Sokka: Might! Actually! Learn! Something! Katara!
Katara: *wavers*
Katara, also sitting down: We have to go look for him…. *gets out her own sandwich* But, maybe after lunch.

My brain, immediately after the “Aang won’t take no for an answer” post:

Actually, I thought a bit more about this: If Aang is “grandpa figure who won’t fucking stop teaching Zuko to be a better and more spiritually fulfilled person,” then what is Iroh doing?

And then it hit me.

Iroh: *sitting in a teahouse at a paisho table*
Iroh, deadpan: I must capture the last airbender.
Iroh: It is the only way to make sure the powe rof the Avatar won’t be turned on the Fire Nation.
Iroh: Only then will I be redeemed in the eyes of the Fire Lord for my failure at Ba Sing Se.
Iroh: …
Iroh: Anyway, it’s your turn.

About half of the B plots are just Iroh finding new ways to feign incompetence and bad luck so that his political watchdog can’t prove that he’s letting Aang - and by extension Zuko - get away.

Sometimes Iroh plays paisho with Aang, whose entire disguise during these games consists of a painfully fake mustache.

i think about this post all the time and if i may, i would like to suggest keeping the banished royalty angle for zuko.

he was the eldest son of fire lord sozin, who knew the avatar was the greatest threat to the fire nation, but also knew the new one would be a firebender and he couldn’t exactly merc his own people, now could he? but he always planned to order a convenient little assassination on whoever the new avatar turned out to be and in the meantime took out the air temples so that avatar couldn’t learn the next element in the cycle. of course, when it turns out to be his son, sozin, stellar dad that he is, thinks “if you want something done right” and shoots a fire blast at his firstborn.

zuko enters the avatar state, blows up half the palace, etc etc as one does, gets a nasty scar for his trouble, and escapes, hence why he was hanging out far enough south to necessitate katara and sokka cracking open a cold boy a century later.

all this is to say 1. i think it’s a good way to maintain zuko’s background and characterization in an au like this and 2. it leads to a secret second roleswap

because this makes zuko iroh’s uncle.

a PSA to all the followers I’ve lost this week and the stragglers that might be left still following me: MY BLOG DOES NOT WELCOME RACISTS!!!!!

good riddance, and I will continue the circulation of BLM posts and supporting Fiona and Mica for speaking up about changes that need to happen within RT.

When it shpuld be a silhouette of a cock…

youtuber with a beard merch be like *silhouette of a beard*

A message from Roosterteeth

My sister’s and my original toons from back in the day. I had a lureless duck named Weird Salty Cheezydoodle and hers was a dropless cat called Princess Stubby. Sometimes I miss them, but their good times will live on 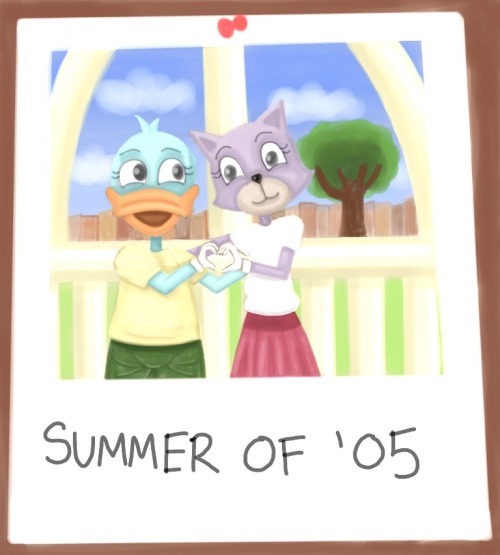 Any followers who don’t fully support Fiona Nova: there’s the door. Use it.

this started as a joke but then i got emotionally invested

#I WANT MORE, #and i want them like, #idk as stickers i guess, #i wanf them
199 notes · See All
weepywilly·7 hours agoText

Damn. I’m feeling pretty proud of Achievement Hunter right now. They’re making progress in a clear and definite way, and are finally righting the wrongs of their past.

But they are not off the hook, and should never be off the hook. We need to hold ourselves, each other, and them accountable. No more empty promises, no more silence.

So, hear me out- I respect and support everything happening with the protests in this country now; the police are a menace, Black people have suffered more than enough. But what if, for entirely unrelated reasons, I can’t stand Fiona Nova? She’s loud, she’s abrasive, she can’t be bothered to be a cohesive part of the group, she’s constantly intoxicated, and destroys the flow of every video. Consider, also- are there a lot of people who feel that way? Can she not be fired simply BECAUSE she’s blk

Here’s the thing anon: you are so full of shit.

You don’t like Fiona because she’s loud?  How is it that you like Michael Jones, who has made an entire career out of screaming in videos?  He literally yells at least once a video.  He is the king of Too Loud.  But I bet Michael Jones is the reason you discovered Achievement Hunter.  Rage Quit was absolutely what brought me in.

You don’t like Fiona because she is abrasive? But you like Ryan Haywood, who’s entire shtick is being a murderous bastard who is purposefully rude.  Did you watch the fucking Destiny Raid?  But that is funny and we love that about Ryan.

You don’t like Fiona because she can’t be bothered to be a cohesive part of the group?  But you like Jack, who is the Ultimate Troll, interrupting game play in co-op games at every turn.  But that is cheeky and playful and all in good fun.

You don’t like Fiona because she is….constantly intoxicated? Anon, I have no idea What The Fuck you are talking about with this one.  I have seen Fiona drunk in videos maybe a handful of times, and she is only ever drunk when everyone else is, too.  But I will indulge your delusions.  You like Jeremy, who is drunk as often as humanly possible.  You like Geoff, who, before getting sober, was Literally Drunk At All Times.

It is fine for you to not like any member of Achievement Hunter. But don’t you Dare come here and say you not liking Fiona has nothing to do with her race or her gender.  Because you are a liar.  You are either racist or misogynistic or both.  Don’t tell me you don’t like Fiona for good reasons.  Fiona is just as Loud and Abrasive and Not Cohesive and Drunk as the rest of Achievement Hunter.  In fact, she is Less those things than any single member of the group. The only difference is that she is a woman and she is black.  THAT is why you don’t like Fiona Nova.

And I don’t have any time for your bullshit.

Please go watch the newest Off Topic, its up now on YouTube. Yes its long but its so important. Its emotional but eye-opening and at the end there’s a very lovely message Jack relays which I loved.

“I love Fiona. Fiona and I have this really interesting relationship that I never thought I would have with someone. - Where I feel so protective of Fiona, at the same time she doesn’t need my protection she’s a badass and will kill you, but its so much fun watching her be amazing. And i’m so proud of everything she’s done since she’s been with the company. I really just- i’ve tried to take her under my wing as much as possible and for whatever situation possible that I can provide knowledge about, which is very, very few, and yeah Fiona I’m so proud of you, you’ve kicked so much ass over all these months you’ve been here and i’m so excited to see what you do, and what you become and I hope I’m here for it and I hope I can help you in some way. - Much love.” - Jack Pattillo 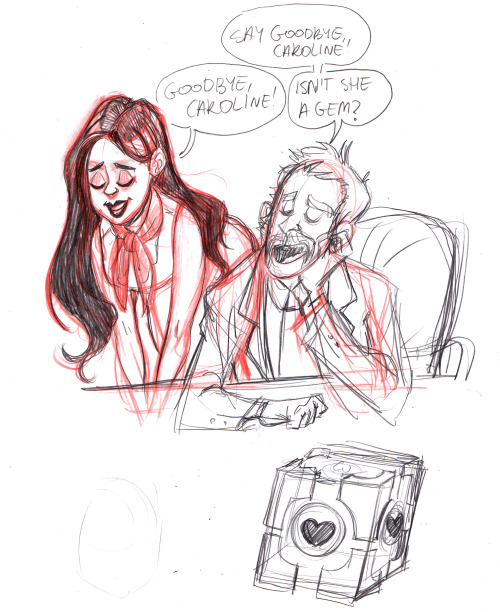 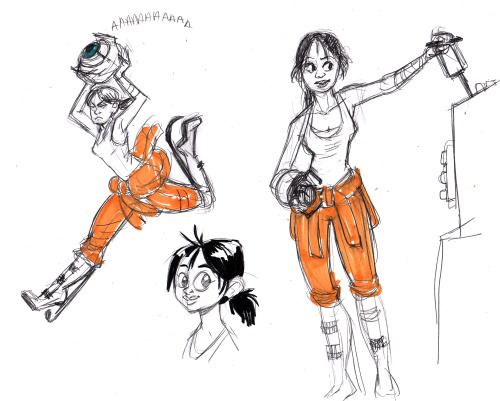 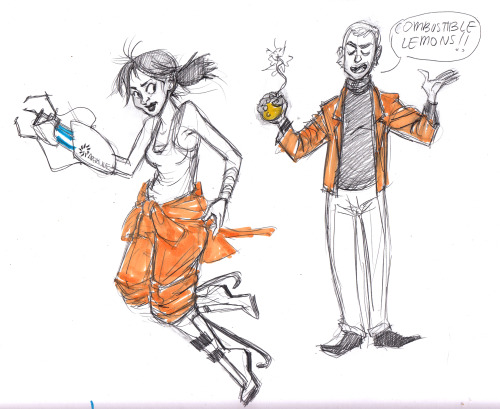 Eric is aware and they are looking into it. Link to his reply is here.

If you don’t want to comment on the site, here are some people you can @ on twitter:

If y’all are wondering why people are encouraging RT to sever ties with yogscast:

This twitter thread has a bunch of proof of them being bigoted in streams, videos, etc.

Hey guys, a yogscast video just went up on the site today. If you guys want to comment and put some pressure on Roosterteeth to cut ties with them as evidence that they really mean to be more inclusive and stop hatred within their company that would be a pretty cool thing to do as a community.

i know you all had crushes on zuko when you were 12 and you want to believe he would dress cool, but im a lesbian, i can see clearly– i KNOW hed shop exclusively at gas stations 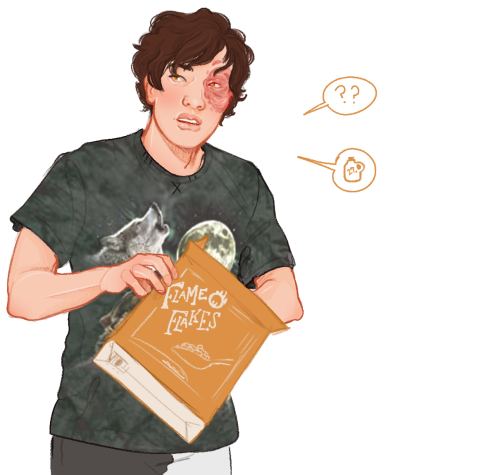 #save, #i have something really close to this shirt, #hol up
3K notes · See All
Next Page