Jesus Grandpa, What Did You Read Me This Thing For

Currently in the Pit of Despair. She/her. Johnlock 5ever. And don't forget to wash your goddamn hands.

We looked inside some of the posts by whimsicalethnographies and here's what we found interesting.

I feel called out

the best part is how accurately the dude predicted each dad dance move. how many white dads has this researcher been around. is he a caddyshack sociologist? does he work at a margaritaville??

You insult one mediocre white man and here comes the whole gang. Pack it up The Expendables

there’s a misconception that grief only happens when we lose people. this is not true. we can grieve circumstances, relationships, missed opportunities. in fact, sometimes when you find yourself plagued with waves of emotion from sadness to melancholy you may be grieving yourself. the version of yourself that you might have been if things had been different, or if only you had said something, or if someone had stood up for you.

Of all the directions I thought this comic was heading, this wasn’t it.

this is so beautiful especially given the state of the piano and where it’s left,, how they gave it life again and also the song choice i cried watching this yeah

“Dancing in The Moonlight” by King Harvest sung and performed on the piano. Some laughter and chatter in the background.

video description: an upright piano is upside down in a clearing full of foliage. A man is lying on his back on the ground and reaching up to play the song on the keys.

*desperately digs through old hyperfixations* there must be SOMETHING 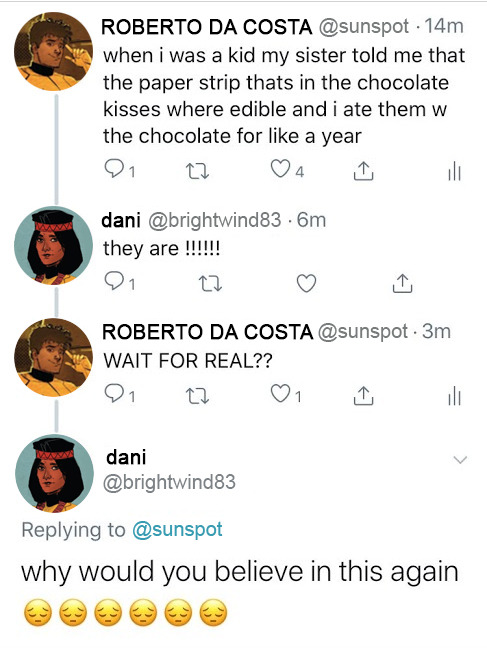 Okay but ngl I feel this unironically 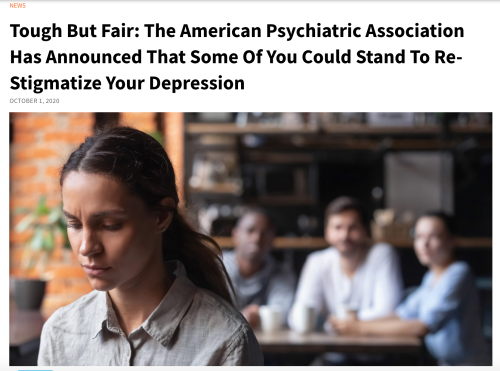 look, there’s something very pernicious about the way that both-sides discourse has pervaded leftist spaces to the point where they’re reluctant to pin even the most obvious catastrophic failure of leadership and basic competence on Trump and the GOP. 200,000+ Americans and counting have died from COVID, not because of “systemic rot,” but because of the very intentional actions, and inactions, of this administration and its allies. The virus is still ravaging out of control in the US, still infecting tens of thousands of people and killing thousands every day, and even after seven months, the federal government hasn’t made any effective progress at stopping its spread or mitigating its effects. America’s experience of this pandemic at this point is unlike basically every other “developed” nation in the world. America’s *system* is not that unique, there’s clearly something very specifically going wrong here.

Like it’s true that systemic racism has created a situation where POC, and especially African Americans and Latinos, have been hit far harder by this virus thanks to higher rates of poverty and existing health disparities. In general, marginalized groups are always far more vulnerable in any public health emergency, and lack of access to good health care exacerbates existing inequalities. But the view that Trump isn’t to blame for any of this implies that effective public health infrastructure and pandemic response strategies like those that were already in place when he took office, but which were dismantled by this administration prior to the start of the pandemic, couldn’t have mitigated and prevented many if not most of COVID cases and deaths among these same marginalized groups. It assumes that there was nothing the government could have done to make this any less deadly, because the *system* was already bad. This is a ridiculous, defeatist, and reactionary counterfactual that removes responsibility from the people who decided to get rid of a pandemic response system already in place, and who consistently refused to listen to experts, even those in their own government, about how to respond. Why do this? Why refuse to hold him responsible for the people he killed? How is this in any way a leftist position?

Dandelions symbolize everything I want to be in life

Fluffy and dead with a gust of wind?

Unapologetic. Hard to kill. Feral, filled with sunlight, bright, beautiful in a way that the conventional and controlling hate but cannot ever fully destroy. Stubborn. Happy. Bastardous. Friends with bees. Highly disapproving of lawns. Full of wishes that will be carried far after I die.

It’s 2:30 AM and I’m in the men’s bathroom and someone was in another stall and I starting blaring the Thomas The Tank Engine theme and I literally heard them stop peeing out of fear

how do you know it was fear and not arousal?

And now was acknowledged the presence of the Red Death. He had come like a thief in the night. And one by one dropped the revellers in the blood-bedewed halls of their revel, and died each in the despairing posture of his fall. And the life of the ebony clock went out with that of the last of the gay. And the flames of the tripods expired. And Darkness and Decay and the Red Death held illimitable dominion over all.

Here’s my advice to everyone who thinks that the election will be so fraudulent that it won’t matter, who thinks 45 will not cede power, etc, etc:

These are not just talking points. These are steps to make action against a fraudulent government, if it happens, easier. To make it possible. To make the public understand.

I can’t stress enough, the larger the margin between Biden’s votes and Trump’s votes, the less likely Trump will get away with whatever tomfoolery he tries to pull