pronouns dont bother me, use whatever -  I will fite you - follow me for incorrect quotes, good murder and a lot of eyeliner - Khajiit's Wares - On-Key Kazoo

We looked inside some of the posts by worstloki and here's what we found interesting.

Poor guy. Everyone is obssesed with his weight.

#Loki would appreciate the attention, #he’d eye some of the people saying they would risk death for a cuddle, #but he’d also probably go into shock, #maybe be extremely suspicious that anyone is trying to hug him, #remember at the end of ragnarok when we were robbed of a sibling hug?, #it's because thor didn't give him one, #because loki would've snapped him like a twig, #FACTS
37 notes · See All
worstloki·43 minutes agoText

we are all handling quarantine differently

And then, he dyed it pink.

as I said, we are all handling quarantine differently

To our defence, Loki is 1) LGBTQ+ and 2) mentally unstable. Bleaching and dyeing hair an unnatural colour is how this community copes. We don’t make fun of the coping mechanisms, we just add headcannons that Marvel is too coward to add.

Loki’s life is spiraling out of control so he uses his hair to re-establish whatever he can and it calms him down. He doesn’t try to commit genocide or have an identity crisis. The End.

#MCR fans can go home now
389 notes · See All
worstloki·an hour agoChat
Loki: so do I get a code name?
TVA Recruiter: you'll be referred to as Mr. Tesseract
Loki, who was about to burn this place to the ground for fun: by the norns that name is perfect
#loki: i can't just destroy this institute now, #and so that's how loki lands a job with the tVA, #he gave them his first name (loki), #and his surname (which he wasn't going to give and a la Howard Potts went with Tesseract), #and now he's got a cool code name, #he can't just destroy this place now, #when else will he get the chance to be called Mr. Tesseract, #he's GOT to keep the job, #they even let him have a pair of handcuffs with the job, #this is literally the ideal dream working conditions for loki, #if only he could get rid of the ugly beige shirt, #oh wait, #time travel means blending in, #which means he can wear other clothes when he's out on missions, #>:D, #the loki show isn't sad or angsty its a splice or life where loki tries to keep his TVA job by weeding out bad timelines, #tesseroki, #every single time anyone refers to him with Tesseract instead of Odinson/Laufeyson Loki gets heart eyes
26 notes · See All
worstloki·an hour agoAnswer

I'd still risk it all to get even one hug back from Loki. That is all. That's it, that's the ask

#please, #you're gonna make him guilty, #if you haven't go read the grinch au fic, #tony risks it all for a hug
18 notes · See All
worstloki·an hour agoText

Thor: *casually hits himself with lightening and electrocutes himself*

#guys you dont understand he has done this on multiple occasions, #as if being that close to lightning doesn't have an effect on him, #but those obedience disks use electricity to heat blood right, #and those worked on thor, #so you bet the electricity he used in the cave in AoU and in Ragnarok to change clothes would've also impacted him, #so where are the clips of Thor not bracing himself enough before getting hit with lightniing, #or just generally being a bit distracted while summoning it, #and just frying himself, #where are the videos, #and how many ''thor strikes again'' compilations has loki posted on his youtube
43 notes · See All
worstloki·an hour agoPhoto

#he's had enough, #he came here to help, #and all he gets is disrespect and accusations, #loki deserved so much better, #try not to look at the collar of the outfit, #if you do the illusion of a quality outfit will be shattered
3K notes · See All
worstloki·2 hours agoAnswer

I had an LGBTQ+ question if ur cool with that. Can someone be a lesbian and ace? Or is there another term? I'm still questioning but ik i'm ace but idk if I could also be classed as lesbian if I don't feel any sexual attraction to anyone let alone women. Sorry if this is a lot

Yes, depending on where you lie on the aspec spectrum you can totally be a lesbian too; for example, if someone is graysexual and experiences sexual attraction sometimes, and when they do they may be attracted to the same gender and identify themselves as gay/lesbian, or, if someone is demisexual and only experiences sexual attraction after forming an emotional bond, they may only find themselves sexually attracted at all to the same gender.

However, if you don’t feel any sexual attraction to anyone ever, including women, I don’t think lesbian would be an appropriate sexuality label? I would recommend reading into romantic orientation, because it’s possible to be romantically attracted to the same gender without being sexually attracted, and if you’re certain you’re asexual and don’t experience any sexual attraction at all then homoromantic may be the term you’re looking for, as it refers to desiring romantic interactions with the same gender.

#hey anon I hope this helps, #feel free to ask me to clarify anything if it's confusing, #I know it's two blocks of text and my syntax can be dodgy sometimes which makes things hard to understand, #but basically if you're sure you don't experience sexual attraction even to women, #then I don't think lesbian would be appropriate, #if you DO on occasion or after forming an emotional bond with a woman experience sexual attraction then yes you can be lesbian AND asexual, #but we're using asexual as an umbrella term, #it's also possible you be asexual (not the umbrella term) and be romantically attracted to women, #which from what i gather sounds like it would fit here, #if you're questioning lesbianism at all but also thinking you're ace it's totally possible that one of the two options I've listed applies, #hope that somewhat helps, #:D
17 notes · See All
worstloki·2 hours agoText

#loki.exe could not be found anyway because he'd be freaking out over getting a hug, #so this works, #loki can't hug you back or you'll snap like a twig, #luckily there is nothing stopping you from hugging loki, #finally, #some good news in the year 2020, #loki can in fact receive hugs, #he just cant give them without stressing he'll break something, #good news for fanfic writers
48 notes · See All
worstloki·2 hours agoAnswer

Halloooo! It's that random shut up by Ariana Grande anon hihi so I was listening to your Loki playlist while working and when Dynasty by MIIA played...damn...couldn't help but cry 😭 I now wanna hug Loki 😭😭

please allow me to introduce you to this wonderful edit:

#hello again anon, #youtube, #the playlist was originally gonna be a sad angsty loki one, #but then I thought ''wait no loki wouldn't want that'', #and decided to mix the sad songs with the happy upbeat ones, #because THAT's where the loki vibes actually are, #it's not in the realization of futility but the overcoming of it
16 notes · See All
worstloki·2 hours agoText

#hjsghsdagfksf, #pete, #thank you for this masterpiece, #but, #why is loki jumping on them, #instead of hugging, #jasghfdhsf, #wouldn't he hug back, #but snap them in half, #dsajfhkgfhdsgfhsdgfskhd, #beautiful, #you're breaking the hearts of everyone who wants to give loki a hug
68 notes · See All
worstloki·2 hours agoPhoto

#if only it stuck, #nooOOoooo, #they had to give loki *that* ending smh
421 notes · See All
worstloki·3 hours agoAnswer

I apologize to Tom Hiddleston’s fans but I didn’t see a reason to change his face. Good make up do wonders, you know? 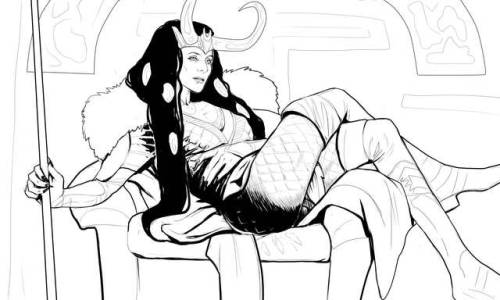 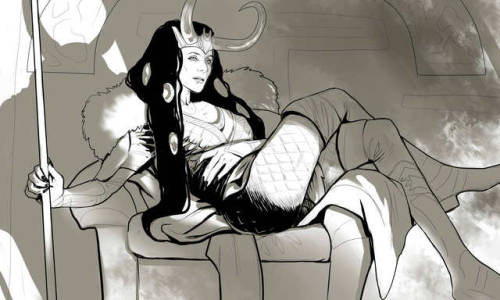 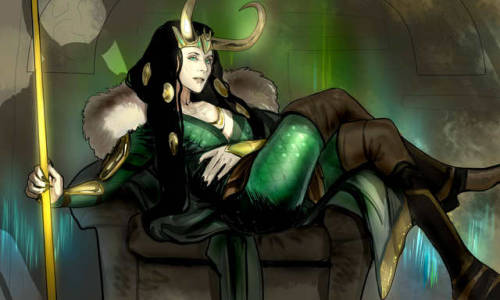 Loki: do you have a mirror in here where I can check?

Verity: you return from the dead after months and THOSE are your first words to me???

#verity: you’re a shapeshifter cant you just give yourself ginger hair?#loki: its different to HAVING it#verity: oh… you could borrow some of mine…? if you wanted…?#loki having sif flashbacks: no thanks black hair is fine (tags via @worstloki)

I do respect them albeit with tears in my eyes

#they're not tears of happiness, #before anyone suggests that i want to make it clear
25 notes · See All
worstloki·4 hours agoText

Odin: At the end of the day, the first person you wake up to in the morning is yourself.

Odin: Make sure the second person you wake up is someone who helps you live with that.

#i can't believe it, #actual decent advice, #although, #that last bit was necessary
59 notes · See All
worstloki·4 hours agoPhoto

Thoughts: Odin and Loki having a strained but healthier father/son relationship sometime down the road

#that'd be great, #if odin would stop being a huge meanie, #which I doubt, #how can a relationship be strained but healthy, #i guess it would be healthier than before, #hmm, #Loki would 100% forgive Odin for no reason, #I feel like if Odin could manage his jerkdom this would be possible
24 notes · See All
worstloki·5 hours agoAnswer

#you don't get a choice, #you HAVE to be body positive, #it's the whole ''you have a body? great!'' deal, #you even have to respect.... blonde loki, #*gags*, #it's okay, #Viria has an amazingly drawn blonde loki, #this is fine, #I just keep seeing the loki actor's audition as thor, #send help
72 notes · See All
worstloki·5 hours agoAnswer

Ok, so, I did the math, and if both frost giants and asgardians are 3 times denser than humans and Loki weighs 525 pounds, that is the human equivalent of 175 pounds. Which is actually very average for someone of his height. Loki gets made fun of for being a twink when really he's just normal lmao

#it's not about being smol, #it's about the twink energy, #which Thor 1 Loki has in abundance, #warrior society and all expects good fighting and muscles okay, #and even if loki is better than the average asgardian soldier he would be expected to be on par with Thor, #and he IS, #pretty sure in a 1v1 they're close enough???, #i actually think loki could win that???, #but anyway, #loki is fine, #only Tales of Asgard Loki is overly dangerously skinny
34 notes · See All
Next Page