We looked inside some of the posts by zorume-star and here's what we found interesting.

So I combined 2 of the best things in the world: Dinahelena and swords

Inspired by this absolutely breathtaking couple with swords:

There’s just something about a girl tying her hair up that hits different, you know?

This time most of the piece have a common theme, “Film Gold”. See how this One Piece movie inspired our artists!

Kasai_draws clarifies: I’ve decided to draw Hiyori / Komurasaki because I love her strong personality and she’s my favorite Wano character. In style, I have tried to make it more like a “Japanese” features but without losing manga style

Art_Of_Firefly tells: I really like Kaya she is so sweet and kind. After all she had to got through and her depression i thought it was really important to draw her laughing and happy

Majora explains: I love Film Gold, and with this sketch I wanted to experiment drawing Hina with a more realistic style, which I think fits Oda’s characters quite well!

AMossyMess states: I believe Cosette is a very strong woman character in One Piece, as she lived through awful tragedies of her employers. She cooks for people who don’t appreciate her work, but still works hard for them. I’d enjoy to see her dressed up and having a luxurious vacation out on Tesoro’s ship to reward herself. So I made this, I hope she has a fun trip! Haha!

Jccatstudios asks: Film Gold? More like Film 24 CARROT Gold! I wanted these fashion designs to blend well with the original Straw Hat designs, but still let her uniqueness shine through. Carrot is a force to be reckoned with, both in strength and artistic skills!‬

All MyCrysArtz wants to say is: “Happy Birthday, Carrot!” We hope to watch more of her epic accomplishments as the story progresses!

And what would you wish her? :) 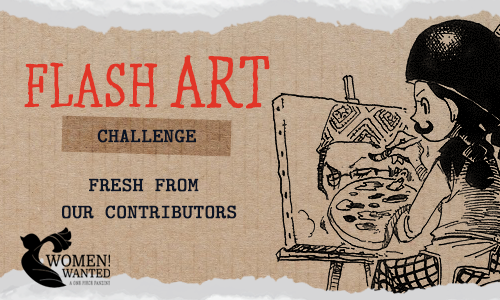 Okay I feel real dumb for only just realizing this now but the reason Lola’s pirate crew is called the Rolling Pirates is because her name in Japanese, ローラ/rōra, can also be the word ‘roller.’

Hi! I just wanted to ask, does oiran just mean courtesan or is it prostitute?? I've seen both translarions employed to describe Komurasaki from Wano Arc...

well, i mean, those are both correct, because ‘courtesan’ means an upper-class prostitute who specializes in a wealthy/upper-class clientele. oiran were indeed courtesans and thus prostitutes, although, as with geisha, their focus tended to be more on entertaining with the arts and with good conversation rather than solely on sleeping with clients. (you can find the wiki article on them here.)

Can we get a Sanji thoughts/analysis now that you're on WCI?

for the sake of my sanity, i’m gonna leave off addressing the sexism thing here, because i’ve talked about it before in other posts (check this tag if you really want) and also other people have done it better than me. my friend star has a really good essay on the matter and why different people have such different opinions on it that you can find here.

that disclaimer out of the way: i really like sanji, actually. i’ve said before that if not for the amount of regrettable joke material oda has saddled him with, i think he’d be my favorite strawhat, and even as is, i still like him a whole lot.

sanji is, of the strawhats, maybe the most self-sacrificially inclined, which is almost impressive given how many attempted heroic sacrifices these assholes attempt to pull. with sanji, though, it’s an established trait ever since his introductory arc- first with his refusal to quit working at the baratie because of his perceived debt despite zeff literally firing him, and later with his willingness to just fucking let pearl kill him for the same reason. whole cake island and his actions during it is basically the culmination of this character trait.

sanji, by all appearances, doesn’t value his own life and happiness very highly, despite the amount of justified confidence he has in his abilities as both a fighter and a cook. this is something that makes a lot more sense when you look at the environment he was brought up in- if everyone around a child is telling him he’s a worthless mistake for the first eight or so years of his life, he’s kind of bound to internalize that at least somewhat.

sanji is one of the more independent actors on the crew in general. he has a tendency to kind of fuck off and do stuff on his own that everyone else only finds out about after shit starts blowing up (see: enel’s arc, mr. prince, gates of justice), which is one of my favorite aspects of his character. and that’s what he’s attempting to do in whole cake island too, pretty clearly- sneak off on his own and solve the problem for everybody else before it becomes a problem. it just doesn’t work out that way, because the cost this time around isn’t something his crewmates will tolerate.

sanji cares very much about the people he’s close to, both the strawhats and zeff, but it doesn’t seem to occur to him that they care about him just as much. he’s genuinely surprised when luffy bombs into whole cake island to rescue him even though any objective observer could have predicted that in a heartbeat. sanji’s seen luffy go through hell and high water for nami, robin, vivi, and ace, among others, and still doesn’t expect that he’ll merit that same level of concern. not to mention that zeff is clearly upset at sanji’s self-sacrificial bullshit during the baratie arc (which sanji ignores). can you imagine how pissed he’d be if he knew what sanji was trying to pull to keep him safe during WCI?

tldr: someone needs to beat “you are loved” into sanji’s stupid stupid head asap.

#that's why we keep loving this sexist cook eh XD, #we would really beat him up in real life, #but fortunatly for him he's a manga character who is perfectly badass and everything you said so we love him, #this bastard
315 notes · See All
zorume-star·3 days agoPhoto

Here’s my illustration for this year’s Mermay ! I’ve decided to draw Zara Sora, my One Piece OC, as she’s got some merfolk blood in her veins.

I’ve also decided to test gouache painting, and I really love it ! I did a lot of mistakes during the process (like painting the background in the end…) but I understand where I messed up so I can do something better next time. This is my very first take at gouache (aside from when I was a kid) and doing a full background with plants so in the end, I’m really proud of this illustration ! 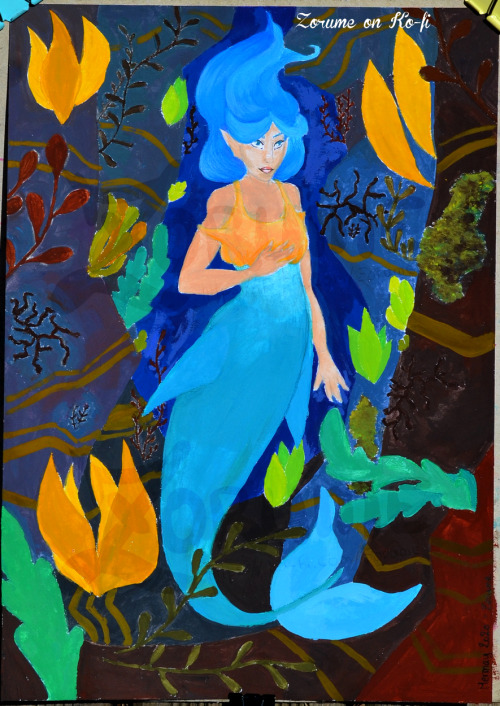 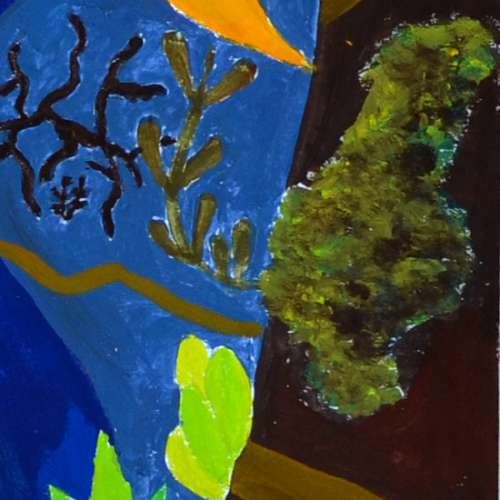 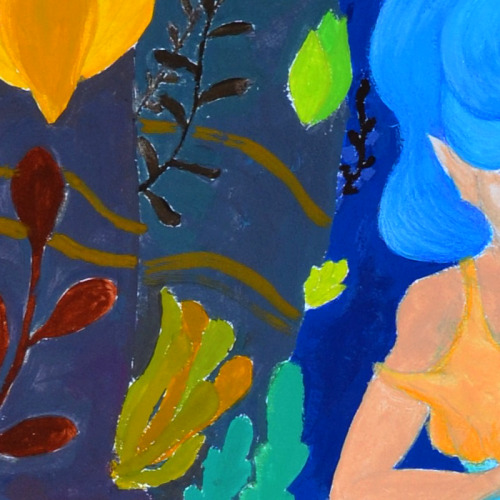 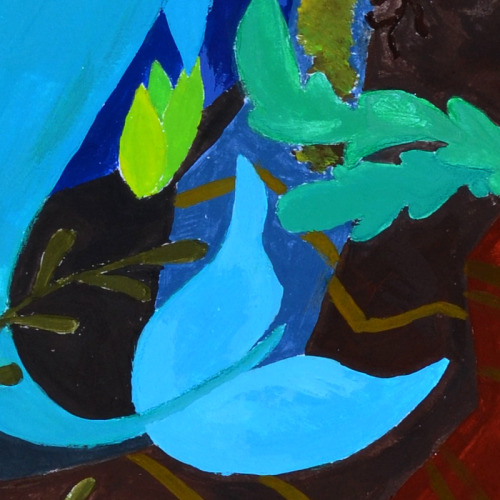 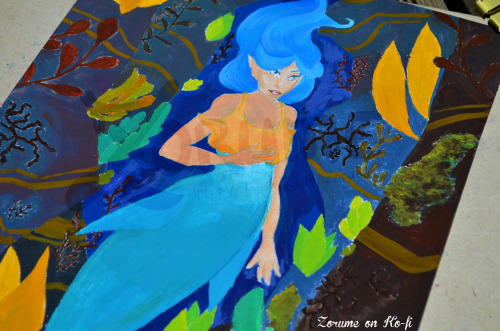 Babs and the Batgirls

Helena: THIS WASN’T A HUMAN 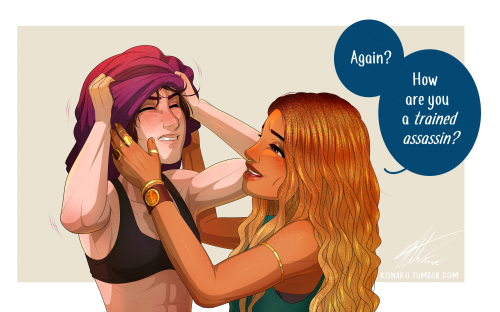 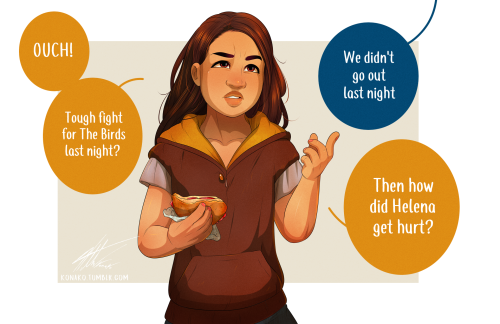 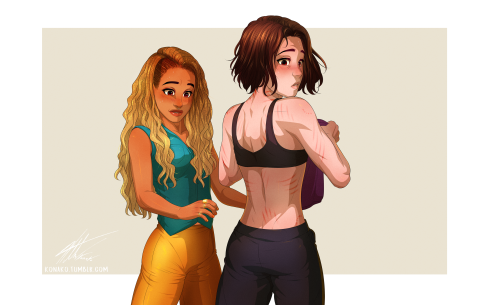 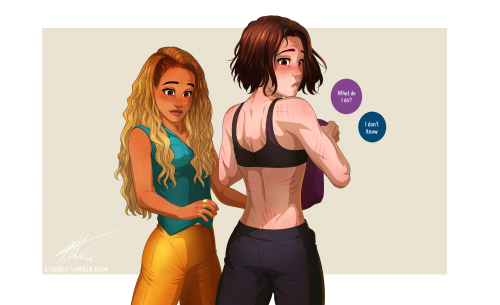 Behind every man there’s a badass broad.
Birds of Prey: And the Fantabulous Emancipation of One Harley Quinn (2020)

Sometimes, all you need is a hug.

FINALLY got these done lmao. I really like how all of these turned out except for Kirk but ykw? Not every drawing can be a winner and that’s fine! 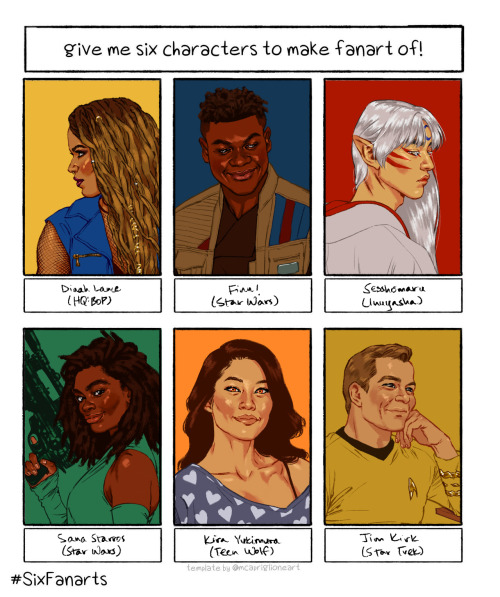 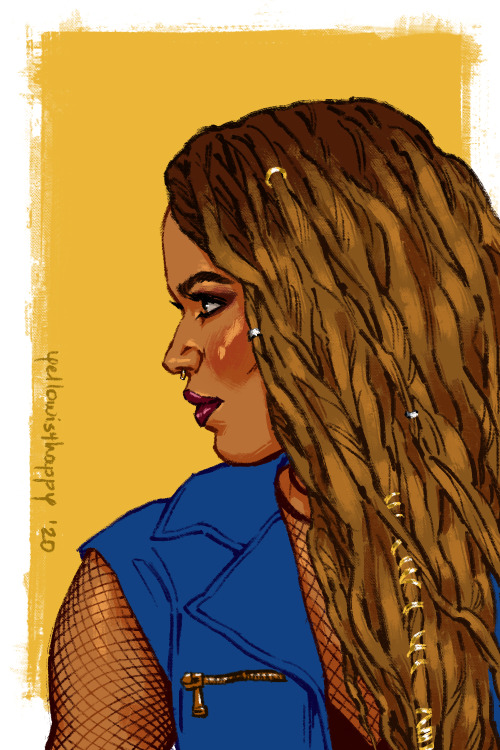 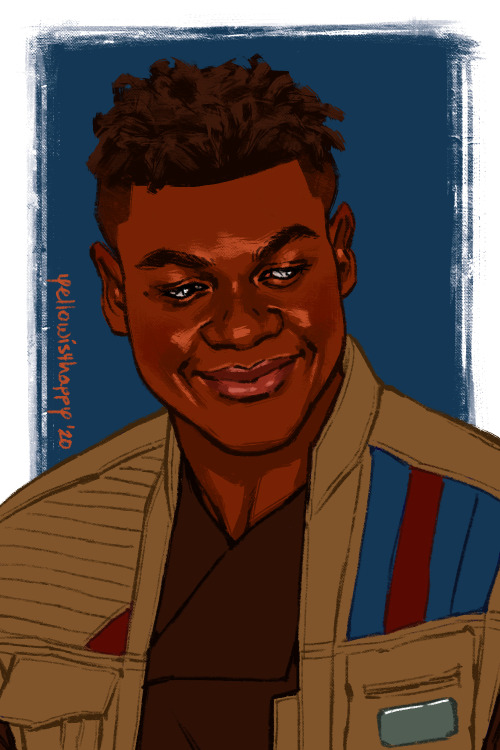 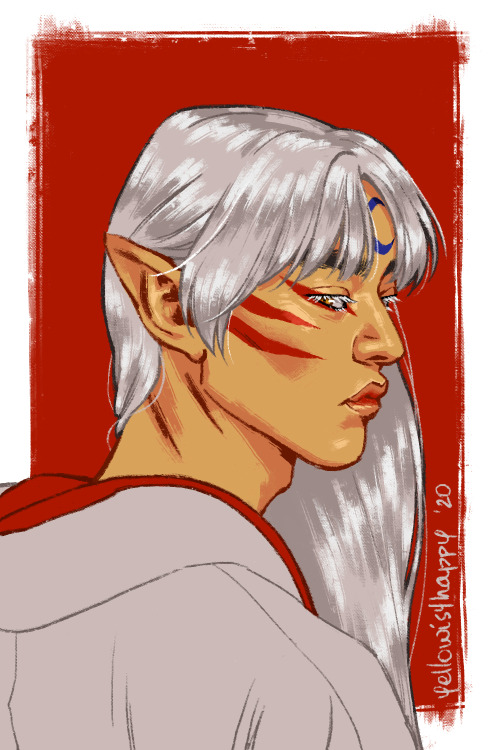 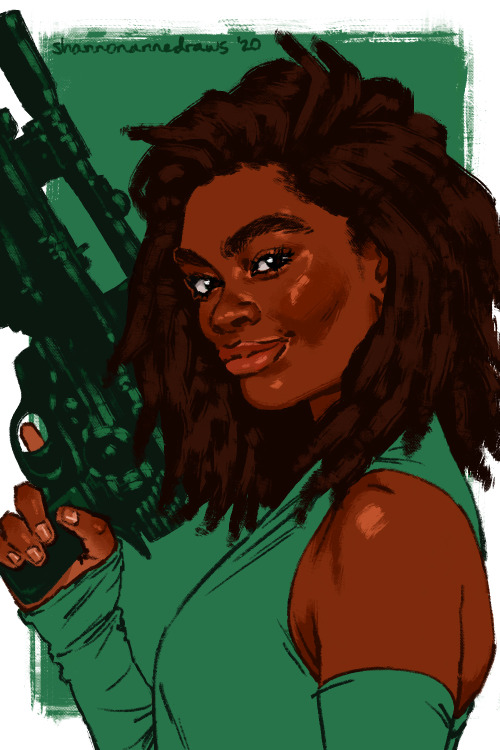 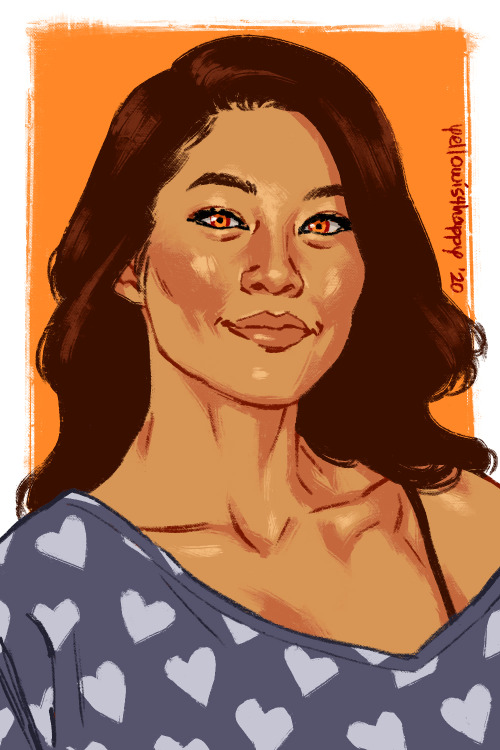 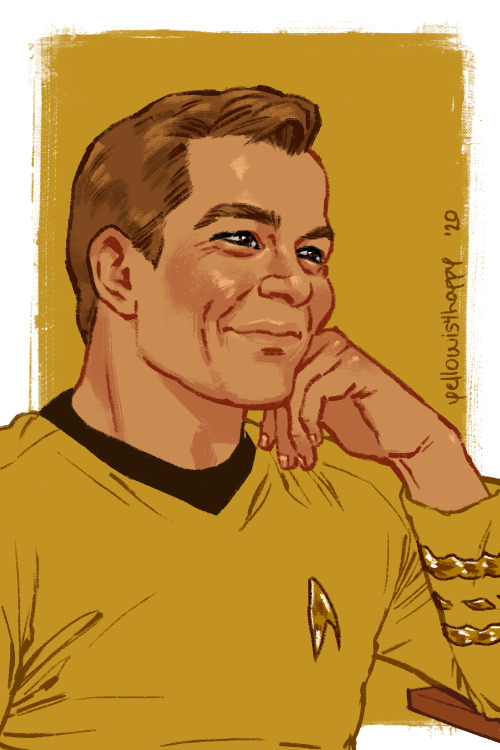 And it’s official: we have closed our applications!

We got some really incredible contributors for this project and we want to thank you all for your applications and encouraging words. You are the best!

Now we’re starting the creation process and we can’t wait to show you some snippets of our contributors works! In the meantime we will be traditionally showing you more of flash fics and art created by them, so stay tuned :) 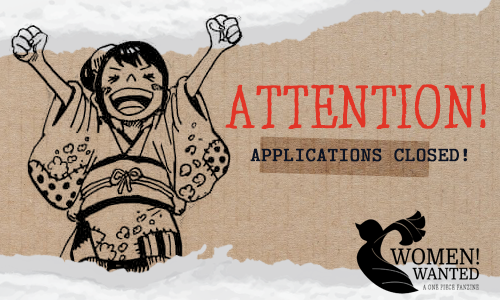 (obligatory disclaimer: agreeing or disagreeing with one or more of these does not necessarily make you ace or NOT ace, your experience will vary!)

If you find many of these things relatable, you might wanna look deeper into asexuality!

*- Also note that whether you have positive feelings towards sex (for other people or yourself), indifference to sex, or are triggered/repulsed by sex, also has no bearing on whether or not you are asexual. Allosexual people can also be positive, indifferent, or repulsed by sex, especially certain actions.

*- Ultimately, you are ace if you don’t experience sexual attraction, but since it’s a really freaking difficult task to recognize the absence of something you don’t even feel, this list might help some aces figure themselves out! ♥

Harley and her babies 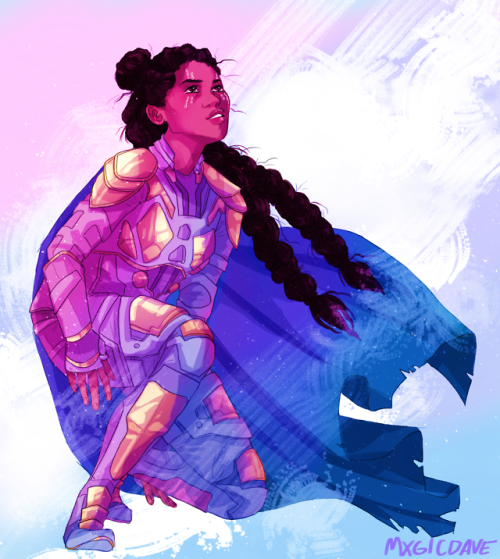 she will fight until carol gets a girlfriend mark my words 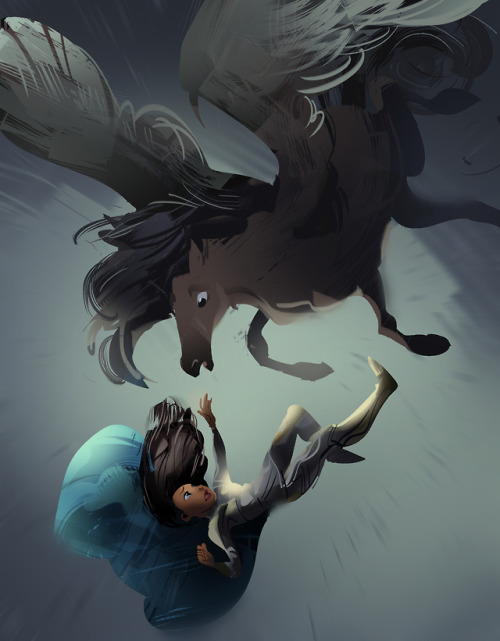