Happy Belated birthday Zee. ILYSM and I’m so happy you’ve joined us when you have, it’s nothing short of an honour and blessing to have you RP as my boy. I love you c: 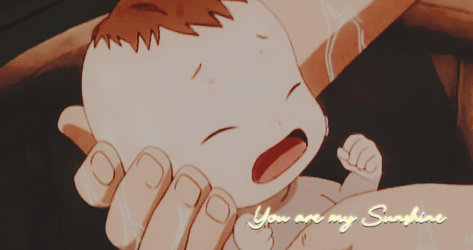 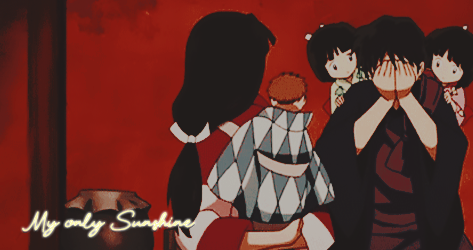 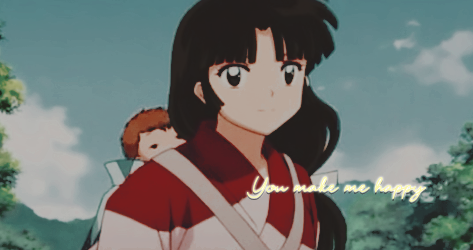 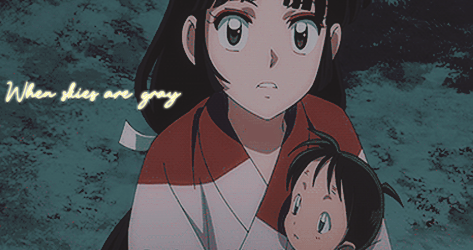 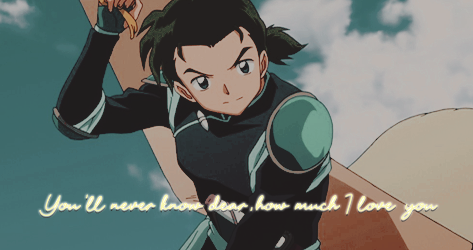 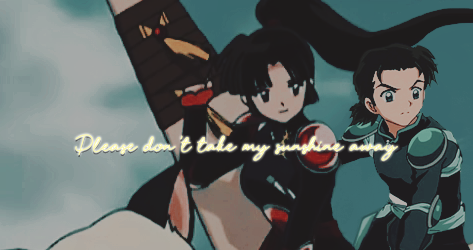 There had to be a better word for pride in this moment she shared with her son. Her only son, one so full of promise, and is kind unto others. Russet eyes watched on as he prepared himself and for a moment, nerves had stricken- these missions weren’t always so easy and this one in particular; his first, what was assumed to be a three day mission. He had Kohaku with him thankfully, but merely to guide. This job was Hisui’s alone.

Prior to today, Sango had gotten lost in her own thoughts and memories; sometimes testing her…haunting her. Should anything happen to him… as had happened to Kohaku on his first mission- She held back the urge to regurgitate. She is scarred in multiple ways and truthfully… hadn’t told Hisui yet of what happened. All he knows was that a demon named Naraku came and single-handedly destroyed her clan… nothing else.

She’d noticed Kohaku too- the way he’d glance back, to and fro herself and Hisui. He’d give a smile, it was a promise of sorts. But Sango didn’t believe in promises. How could she…?

“ Take care. Come back safe to us, okay? Your father and I will be waiting for your return. We love you, Hisui. ”