We looked inside some of the posts by issacthebraveandgay and here's what we found interesting.

I remember seeing them perform this live on my campus.. My jaw dropped within 10 seconds.

Captions for this video below since they talk really fast and can be hard to understand! I struggled myself a bit, so let me know if I messed up on anything!

A black man and a white woman take the stage together to perform a slam poem.

Both speak together in unison for the first few words, before the black man begins feigning shock, as though he suddenly lost the ability to speak, though he continues mouthing along as she speaks. The poem begins:

“The first day I realized I was black. It was 2000. We had just learned about blacks for the first time in second grade. At recess, all the white kids chased me into the woods, chanting ‘slave.’ My mother said I refused to come out for three hours. She said she thinks I was lost in the trees, but I just needed to be closer to my roots.”

Both begin speaking in unison for a few words again, before this time, the white woman feigns loss of speech, but continues mouthing along just as the black man did before. He continues speaking:

“As a woman, having a boyfriend is a battle. If 70% of us are abused in a lifetime, what is the number of men doing it? The answer is not one man, running faster than light to complete a mission, and that is what leaves me sick.”

Again, the white woman begins speaking as the black man mouths along.

“The second day I realized I was black was in a gas station. I only had twenty five cents, so I searched for what to spend it on. The cashier floated from isle to isle, eyes fixed on my hands.”

The black man begins speaking again, and they continue in unison.

“That was the first time I realized skin color was a crime.”

Now the black man continues speaking as the white woman mouths along with him again.

“My body has become cause to write legislation. Cause for ass smacks in the back of a class. My body has demanded everything except respect. I’ve been asked, ‘what makes you feel unsafe?’ And I struggle not to yell ‘everything!’”

They switch again, so the white woman is now speaking as the black man mouths along.

“The third time I realized I was black was in an all white cafeteria. I gathered my legs under me, made rockets of my feet, and approached a girl. She told me she was not into ‘my type of guy.’ I felt the words shoot daggers into my melanin. I have never wanted to disappear so bad.”

They switch so the black man is speaking and the white woman is mouthing along.

“As a woman, I’ve learned to answer to everything except my name. ‘Little lady’ is not said to mean ‘equal,’ but to make sure I remember my place. I battle between wanting to own my body, and accepting there is a one-in-four chance a man will lay claim to my skin, a plot of land for the taking.”

Now the white woman speaks as the black man mouths along.

“The last day I realized I was black was in an elevator in California. To the white woman that told me she knows what it feels like to be black because she grew up poor:”

They speak now in unison.

“I would tell you to think before you speak.”

“But your mind has got to be bacteria infected. And any filter through that labyrinth of nothingness might be worse than no thought at all.”

Now he speaks as she mouths.

“There’s a group of women going around the room, sharing their personal definition of feminism. He is the only man in the room, and all of a sudden, the tone switches to destroying the patriarchy by annihilating all men.”

She speaks now as he mouths.

“Do you know what it feels like to be black? To pop lock your way in and out of hugs? It is not a problem you want to sympathize.”

“But to tell me that you know my pain is-”

He falls silent again and mouths along as she continues speaking.

“-to stab yourself in the leg because you saw me get shot. We have two different wounds, and looking at yours does nothing to heal mine.”

She now mouths along as he speaks.

“Never will I turn away an ally.”

“But when a man speaks on my behalf, it only proves my point!”

“Movements are driven by passion, not by asserting yourself dominant by a world that already puts you there.”

“You speak to know pain that you only fathom because we told you it was there. You know nothing of silence until someone who cannot know your pain tells you how to fix it.”

They continue to speak in unison, but now slowly back away from the microphones with their arms held straight out to their sides, parallel to the ground, to mimic the pose of Jesus on the cross, in order to highlight the next line.

“Every day is a crucification. But there is no regards for lives crossed.”

They now quickly swap places and return to the microphones. This is symbolic of them switching places to speak for themselves and not each other. The white woman begins speaking alone.

“I fight so my voice can be heard. I fight for the voices you silence, all in the name of what is right.”

They speak in unison for a few words before he speaks alone as she mouths along again.

“The problem is, you assume the struggles attached to a social class. I am black, and bold, and beautiful by nature. Ain’t no income that can change that.”

She begins the next sentence alone.

“The problem with speaking up for each other-”

“is that everyone is left-”

This is the end of the poem. The audience cheers as the Button Poetry logo appears on the screen, followed by the logo for the “Association of College Unions International.”

Reblogging again because of the captions

GLYNDA!
she’s sooo pretty!…yep, i’m confuse again about my sexuality but still i really hope for the final episodes to everyone show up and beat salem! 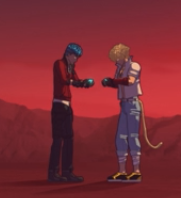 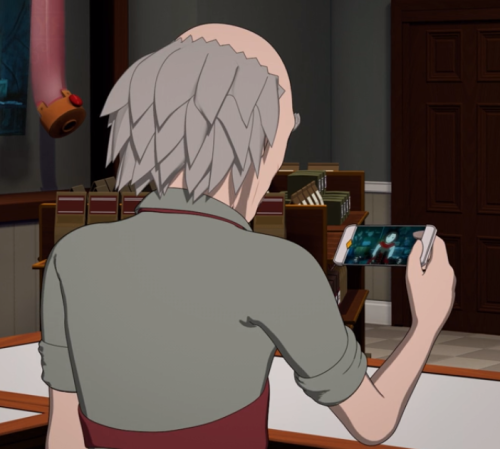 Everyone: We’re still traumatized by Penny’s death, but we’re glad she’s back now

For personal reasons, I am going feral

Watch as the RWBY community unites to take down the enemy, via bees and memes.

So is mantle gonna become a giant Bowl of grimm soup? 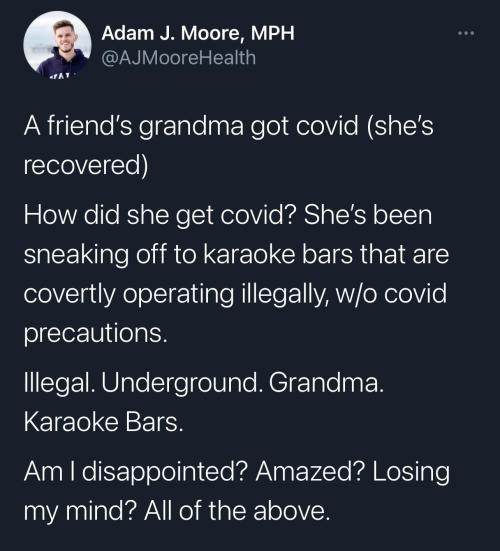 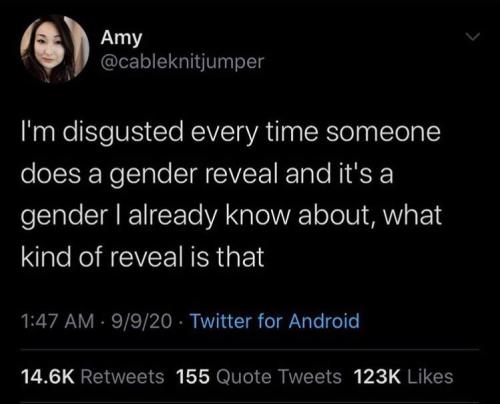 Excuse me?! Is this an oil painting animation?! WTF?!

I’M AN OIL PAINTER BUT WHAT IS THIS BEAUTIFUL VIDEO? I NEED MORE

you though this was gonna be a christmas post? guess again bitch! happy hanukkah! may your latkes be delicious and you have a blessed holiday season! אני אוהב את כולכם כל כך !!! 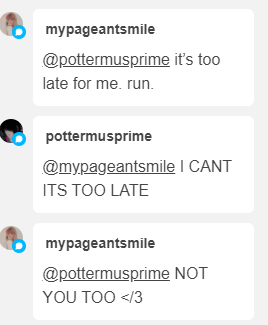 What a farce. Not only is the contest weighted towards the scythe because Weed Whackers are meant for edging and trimming of WEEDS in hard to reach places, not thick grass, but the scythe cut that patch super uneven and it looks like absolute shit. The WeedWhacker took slightly longer but did a much neater, better job with less effort.

Really thought he comparison is absurd, Nobody would ever use a WeedWhacker to replace a scythe, they do completely different things, just like you’d never use a scythe to cut down weeds growing out of a sidewalk. If it’s for trimming a lawn it should be against a lawnmower, which would fucking destroy it, and if it’s for harvesting hay it should be against a combine harvester, which would destroy it exponentially more.

This is nothing more than lies and propaganda from butthurt scythelovers and I for one will not stand for it.

unrest in the grass fandom

Be careful who you call ugly in middle school

Based off my Camp Counselor Jason!AU

This meme basically sums up their relationship in this AU. LOL 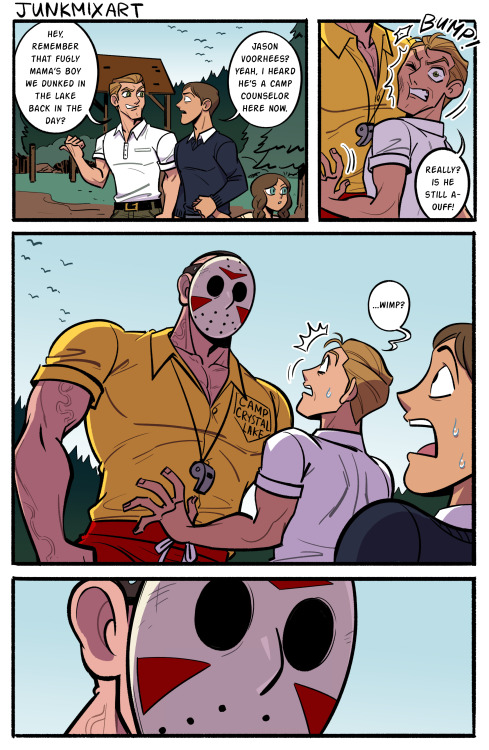 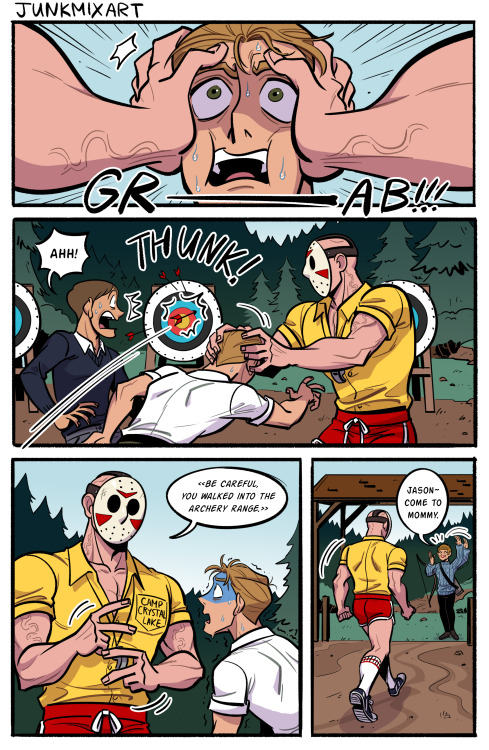 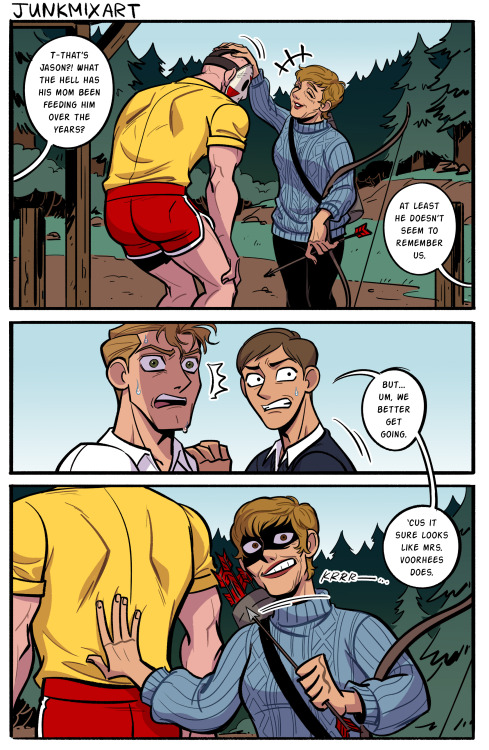