slutforayato
ayato’s hot and sexy girlfriend
she/her
Explore Tagged Posts
Trending Blogs
Statistics
We looked inside some of the posts by slutforayato and here's what we found interesting.
Inside last 20 posts
Time between posts
50346.5
Number of posts by type
Photo
1
Video
0
Audio
0
Text
13
Chat
0
Answer
6
Link
0
Quote
0
Fun Fact
In an interview with inc.com, David Karp (Tumblr's founder) admitted, "Being on computers all the time makes me feel gross."
slutforayato · 25 days ago
Text 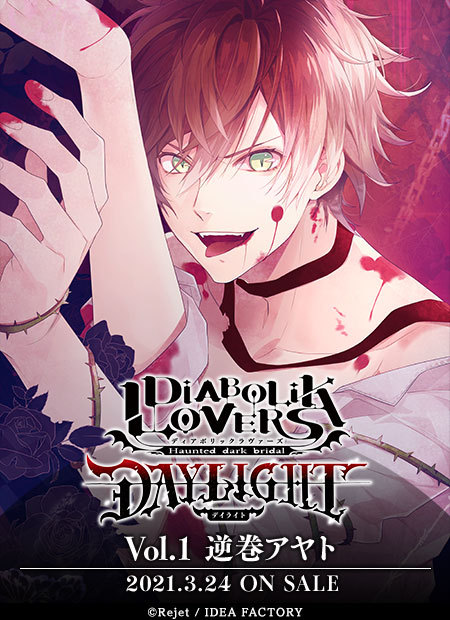 I actually have him y’all..

#my heart hurts so much#please this was the happiest moment of my life#I hit a vein in my heart istg i felt a STING AND IT WAS AMAZING??#I love u Brooke thank u so much#I’m finally fucking done w that stupid ass bot
6 notes
slutforayato · 88 days ago
Answer

What if Sakamaki has a sister ( Cordelia's last child)? (sensitive, docile and sometimes crazy sister) Can you write brother-sister realitonship?

// I’ll do some headcanons since I’m not positive whatchu wanted.

Here are some brother-sister headcanons~

- He would be soft for a sister. He’d want to keep a watch on her at all times, but he doesn’t seem like he cares.

- Giving her actual advice if she needs it. She’s sensitive and he knows she’ll need some healthy family support.

- Shu will get easily annoyed with her like he would his brothers. If she’s too loud he’ll just ignore her or tell her to shut up like he does the others.

- He can’t change how his sister is so he accepts her how she is. Instead of working to pick at all of her flaws he’ll adjust to them. He doesn’t mind her quirks at the end of the day.

- Reiji would make sure to police his sisters actions. He’ll make sure she doesn’t get too crazy. He’s worried she’ll turn out like Cordelia.

- Despite Reiji being stuck up like he is, he’ll keep any secret she tells him. She often goes to him to spill juicy gossip she hears about the other boys. Her more chaotic side loves watching the others get in trouble for their secrets.

- He tries to teach his sister life lessons he missed. He knows she missed them too, so whenever he learns something valuable he’ll tell her. He’s done this since childhood.

- Reiji would read books to his sister every day. She’d sneak into his room to listen to him read. He felt a sense of purpose reading to her, and she loved hearing the stories he read.

- He’d be curious more than anything at first. Seeing a tiny little baby was amazing to him. The way her little fingers wrapped around his finger made his heart flutter.

- There would be a time period where he was cruel to her. Around the time he became a teenager he got partially cruel. But he got over that quickly. He hated being rude to his previous sister.

- Like Subaru, he’d get protective. Though with him it’s more out of possessiveness and jealousy. His sister is special to him. He feels responsible for her well being.

- Partners in crime. The two will be caught red handed a lot. Though if she plans our the pranks they’ll usually never get caught.

- If she shared the same hair color as him, he would hate it. His hair was what set him apart and made him closer to his mother. Though he’d come to get used to it, it’ll always be a sensitive topic for him.

- He’d struggle if she was a bit chaotic at times. He’d get rough alongside her. Both having yelling matches at random times. She isn’t about to let him get away with being rude or unreasonable.

- They’d make up because she’s sensitive and will be able to read his emotions will. He’ll apologize by offering her sweets.

- Kanato finds it to be comfortable to be around someone smaller than he is. He’s always the smallest, so having a shorter sister is nice to him. He gets to be the literal big brother for once.

- He’s the brother she can share her personal secrets with. Though he will tease her, he’ll listen and try to help behind the scenes. He’s really good at guiding her through tough emotions despite not being able to work through his own.

- She’s the one person he opens up to. Because she’s female and they share as different bond, he’s able to open up. She’s aware of a lot of his past. She’s there to listen to him.

- She went through a period where she wanted to be just like Laito. Imagine tiny Laito and his tiny sister dressed a lot alike running around the mansion. She’d follow him like a little ducking.

- She and Laito would play the piano all the time. Laito would allude to the bad feelings he has about certain songs. She’d try to rewrite those songs and give them a different meaning.

- He didn’t like his sister at first. She was the daughter of Cordelia, a woman who tormented his mother.

- He grew to love his adorable little sister that always looked at him with such curious eyes.

- After he began to trust her, he would be really protective. He’d make sure she wasn’t being bullied too badly.

- Subaru would confide in his sister. If he had any stresses he would ask her for help in his own way. He’ll typically lurk around her room for a while until she invites him in to talk.

@slutforayato this is abt how it went

I wish you were more gay

[war flashbacks with Ruki on discord]

Yesss, i was on the discord chat then i went inactive 🥴😂

So hows life my dude

it’s been alright what about you! idk if we spoke in the discord chat

I don't think we've spoke very much so-

#if y’all don’t stroke his hair more ..#til he falls dead asleep#kisses the screen aggressively
28 notes
slutforayato · 304 days ago
Text