No Filter Booklr Challenge: a book with an ugly or unfashionable cover

Off my TBR and I’ll confess, the cover’s a good part of why it’s still there. 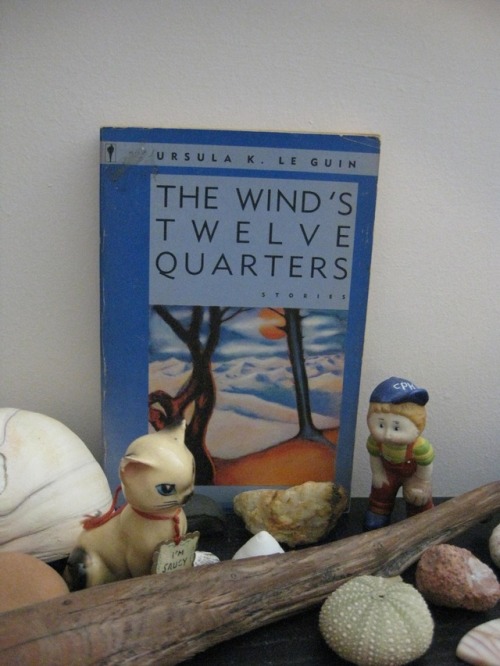 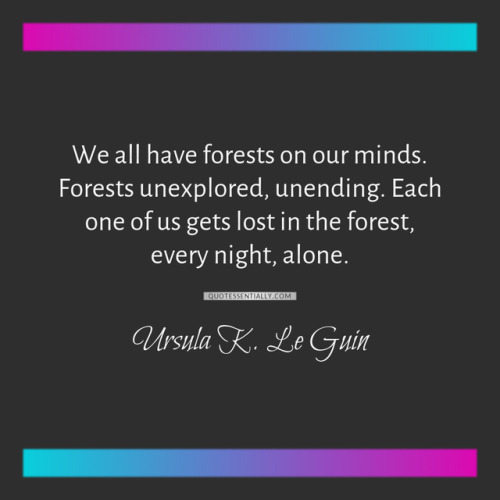 “We’re each of us alone, to be sure. What can you do but hold your hand out in the dark?”
- Ursula K. Le Guin, The Wind’s Twelve Quarters, Volume 1 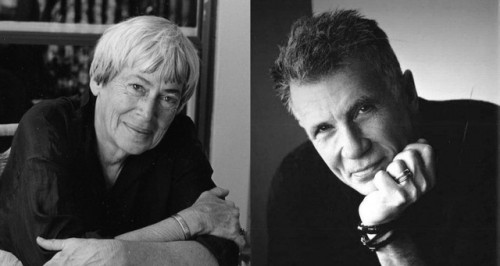 Don’t ask me where I picked this up - somewhere near Gloucester, I think. Anyway, I buy a lot of books in used book sales (otherwise known as charity shops) so this was a fairly easy challenge.

Le Guin is the queen of scifi, and this collection of short stories shows some of her best short work. There’s a story about a group of slightly mad people sent to research an uninhabited planet, one about a tree bemoaning modern technology, and the story of a young woman determined to reclaim her heritage.

There’s only so much I can say - they’re all good, they’re all up to her usual standard. I really enjoyed reading every one, The concepts are original of course, and it was great to revisit some of the worlds I’ve read about in Le Guin’s other works - the one set on Winter from The Left Hand of Darkness was my favourite, because Le Guin switched the pronouns she used for the androgynous inhabitants. In the novel, she used male pronouns, but in this short story, she uses female ones. It’s a more modern change which is very satisfying and reminded me very much of Ann Leckie’s Ancillary series.

I think I’ll probably revisit this when I read some more of Le Guin’s work, because that story wasn’t the only one based on world’s she created. Also, it’s always a delight to read Le Guin.

With a clamor of bells that set the swallows soaring, the Festival of Summer came to the city Omelas, bright-towered by the sea. The rigging of the boats in harbor sparkled with flags. In the streets between houses with red roofs and painted walls, between old moss-grown gardens and under avenues of trees, past great parks and public buildings, processions moved. Some were decorous: old people in long stiff robes of mauve and grey, grave master workmen, quiet, merry women carrying their babies and chatting as they walked. In other streets the music beat faster, a shimmering of gong and tambourine, and the people went dancing, the procession was a dance. Children dodged in and out, their high calls rising like the swallows’ crossing flights, over the music and the singing.

After a lifetime of living on hope because there is nothing but hope, one loses the taste for victory. A real sense of triumph must be preceded by real despair. She had unlearned despair a long time ago. There were no more triumphs. On went on.

We all have forests in our minds. Forests unexplored, unending. Each of us gets lost in the forest, every night, alone.

Well, nice job breaking it, hero! What was Blackbeard thinking, going after someone who won in a fight against dragon by himself? Sure, the treasure might belong to him, but that doesn’t matter when you get burnt to a crisp by a fireball. Or trampled by giant feet.

And because of him all the nice people living on the island have to live under a dragon. But I don’t think he would have cared about that.

I wonder why Mr. Underhill chose the human guise he did. Or is there only this one human he can turn into, a metaphysical Mr. Underhill the Dragon if he were a human if you will? Or maybe he’s smart enough to take a face that won’t garner attention?

But if he doesn’t want attention why did he start living as a dragon at the end? He could have just taken Blackbeard’s boat and sailed to another island and lived his life like he did up to that point. And if he doesn’t care why didn’t he just go be a dragon somewhere else?

I just think either he’s strong enough to murder his way through any army that’s sent after him (in which case he should have just taken over some island immediately) or he isn’t (in which case he should run again or keep hiding where he’s now). I just can’t see him being safer as a dragon whose name is known than as a human whose name isn’t at least by these people. Besides, they don’t have contact with anyone, and if they’re a danger he could just murder everyone and run. The people will be looking for dragon, he can even say what island he’s from and say he’s the only one who ran, he’s a mage after all.

What I mean is: The dragon’s actions don’t make sense to me.

I can definitely see why this became a whole series instead of staying as just a one-shot short story. It was more an introduction to a magic system that has a lot to offer than the normal “look at this nifty thing I thought up” these kinds of stories often are.

(I’m not saying that there’s anything wrong about those one nifty idea short stories, they are usually very entertaining. The Word of Unbinding just didn’t read as one.)

There was “one nifty idea” in this story, true: dying to defeat an enemy in the world of the dead. But that’s the kind of thing that you can do in many different magical systems, and has nothing to do with the particulars that were introduced here: the staff, the importance of words, the magic one can do without any external help and “the great magic”.

There’s one question, though:

They say that all the wizards and men of power whom he has defeated live on sealed in tombs like this, live on year after year trying to get free… .

Who say? How do they know it? And Festin believes it enough to kill himself due to it, that implies that there’s some kind of divination accessible to people. The same kind that made the stones tell Festin who his jailer was? That would actually be the most likely answer.

From far, from eve and morning
And yon twelve-winded sky,
The stuff of life to knit me
Blew hither; here am I.

Now—for a breath I tarry
Nor yet disperse apart—
Take my hand quick and tell me,
What have you in your heart.

Speak now, and I will answer;
How shall I help you, say;
Ere to the wind’s twelve quarters
I take my endless way.