memes-saved-me
| Alice | 20 | UK | 18+ because we get a little spicy on here sometimes | I mainly make edits and do a little writing | My AO3: https://archiveofourown.org/users/Memessavedme/pseuds/Memessavedme
Explore Tagged Posts
Trending Blogs
Statistics
We looked inside some of the posts by memes-saved-me and here's what we found interesting.
Inside last 20 posts
Time between posts
6726.9
Number of posts by type
Photo
6
Video
0
Audio
0
Text
10
Chat
0
Answer
4
Link
0
Quote
0
Fun Fact
In an interview with inc.com, David Karp (Tumblr's founder) admitted, "Being on computers all the time makes me feel gross."
memes-saved-me · 3 days ago
Text

redemption arcs are kinda cringe if you think about it. oh youre powerful and evil and now… want to be a bummer and sad about it? lol what are you catholic

post s3 billy living with joyce and finally being able to sleep in. he snuck steve in through the window last night because he doesn’t like sleeping alone and he doesn’t know how to tell joyce that he’s gay and kinda really in love with steve so he just. doesnt tell her. resorts to sneaking steve in and out of the house almost every night and morning so they can sleep together and billy can feel safe and protected in steve’s arms.

one morning around 9am hopper is over with the whole party in tow, teenagers included. apparently el had a dream about some of the victims of starcourt still being alive - robin seemed to show interest when heather holloway’s name was mentioned. hop managed to get ahold of everyone but steve. called him about three times only for no one to pick up.

joyce isn’t surprised when at about 9:30 a sleepy steve walks out of billy’s room, gently shutting the door behind him as he gravitates towards the direction of loud, noisy teenagers and the smell of coffee. he’s in his old hawkins pe shirt, a pair of sweats and mismatched socks, hair messy and cheeks flushed at the attention everyone gives him now that he’s been caught. everyone but joyce, jonathan, will and max looked shocked and confused.

“steve, honey, just,” joyce sighs as she makes him a cup of coffee. “use the door please.” she urges, pressing a warm mug into his chest.

“thanks mrs. byers, but,” he clears his throat awkwardly as he takes the cup. “how, um,” he rubs the back of his neck with his free hand. “how did you..” he trails off.

“you trip every time you come in and leave through the window.” she shrugs. “ears of a hawk.” she hesitates. “and i check on billy sometimes. more often than not, you’re there.” she adds quietly with a sad smile.

before steve, joyce and the boys were usually startled awake to billy screaming and crying himself awake at 3am every night like clockwork. when steve started coming around, he got quiet. joyce got worried and checked on him to find the two with their limbs tangled, no space between them.

“oh.” steve mumbles. “i’ll use the door.” he promises before sitting beside robin. “so what’s happening?” he asks as he sips his black coffee, getting the recap on el’s dream.

around 9:45 billy emerges in steve’s hawkins swim team hoodie, a pair of shorts and mismatched socks matching the same ones on steve’s feet. he’s still half asleep as he walks into the living room, eyes barely open when he immediately makes his way to steve.

“‘s cold.” he whines tiredly. “come back to bed. miss you.” he huffs as he sits beside steve, not taking robin nor her personal space into account as he makes room for himself beside her. he turns to face steve, wrapping his arms around his neck and his legs around steve’s waist, half on top of steve as he buries his face into steve’s neck. he kinda looks like a big baby like this, clinging onto steve while sitting on his lap, especially while voicing not-so-quiet demands for steve to hold him and play with his hair.

steve, however, doesn’t seem to mind as he sets his coffee down and immediately holds billy, one hand on the small of his back and the other on billys bare thigh, holding him upright and pulling him close. he doesn’t think billy even realizes what he’s doing, sitting on his lap like this in the middle of the room filled with people as they talk about the possible resurrection of a few goners.

everyone goes quiet for a minute, staring at the two in bewilderment. joyce is smiling to herself, robin and jonathan smirking knowingly. everyone else looks a little confused. mike looks like he’s about to make a comment when max glares at him and punches his arm. hard. billys fallen back asleep, clinging to steve and snoring softly.

“so,” robin clears her throat, stealing steve’s mug with one hand, the other playing with billy’s bed messy long curls. “heather holloway?” she takes a sip of the coffee, eyes peering at everyone over the mug. 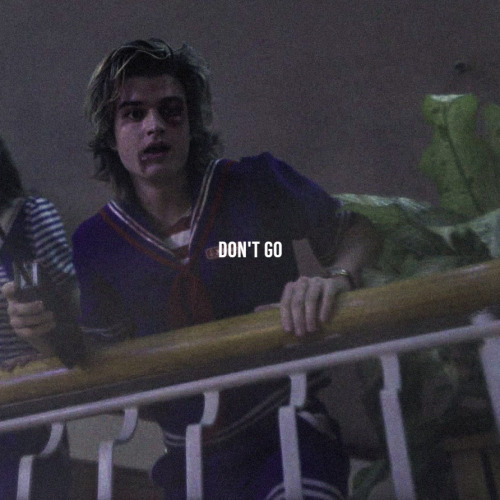 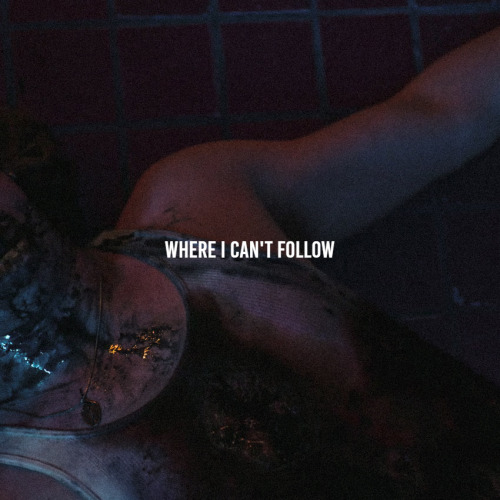 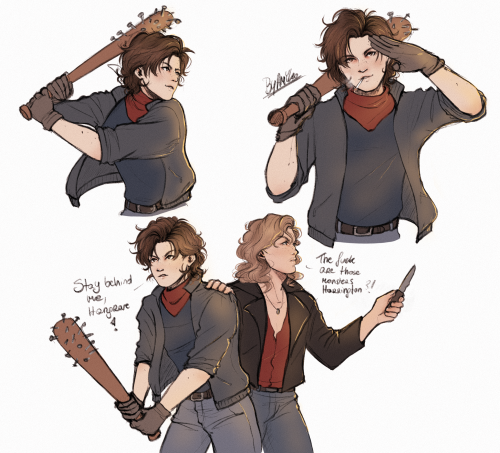 Billy got sent to Super Hell for being gay

Thighs, ass and 🍆 all look fine in those grey sweatpants because you know he would wear them around the house shirtless with no underwear. Gets the mail and has the neighbours obsessed with him, especially the very closeted Brad who somehow always puts the bins out at the same time. Waves and Billy waves back while smiling, because he’s a kind and civil member of the suburbs now.

Steve is obsessed with them, especially paired with that old Everlast crop top he kept specifically because he knows Steve can’t keep his hands off him when he wears it.

steve’s too scared to say “i love you” after all his history with love. like the word is always on the tip of his tongue when he’s with billy and he’s trying so hard to refrain from saying it

Steve isn’t the first one to realise this is love and he isn’t the first to say it out loud either. He knows Billy is a bit iffy when it comes to emotional talks and things like that, they can fuck and kiss and call eachother the flithiest things but saying this is love or even more than fondest feels too much to Steve.

He doesn’t want to push Billy away, scare him off because he would be left alone and broken. He didn’t want to be the one to do that so he thought he would just wait for Billy to say it first, take charge like he in life.

Except, he hadn’t and it was getting to almost half a year of them ‘being together’ so that only made Steve think that Billy is just in it for the sex and free meals. He’s so close to saying it then he has a moment and he gets the same feeling from that bathroom at that stupid Halloween party and doesn’t. Everytime.

Then one morning they’re lying half asleep in Steve’s bed and Billy turns to him, hair all over and says it. So softly as if its been keeping him awake all night but then Steve says it in a panic and ruins the moment but Billy just starts laughing because this is why he loves him.

all wasted for a mediocre looking boot licking white dude

it’s been said many times and many ways but genuinely how do you get such a delightful cast of characters that all have such chemistry together and are such a delight, all of whom have SUCH potential for good character arcs & development, and just go eh who cares split em up focus on the greasy fascist with daddy issues

imagine billy standing on his tippy toes to kiss steve

He does it every morning when he doesn’t have his purposefully thick soled boots on that give him that one inch. Steve always stands there without lowering his head because he loves the fact Billy goes on his tippy toes to kiss him good morning

“Why do people like a character who’s committed war crimes but hate this other character just because they’re annoying” because it’s fiction Susan, and being annoying in fiction is a greater sin than being a supervillain, because it won’t make me want to read about them. It isn’t difficult to understand

“It is absurd to divide people into good and bad. People are either charming or tedious.” (Oscar Wilde)

if your villain is sad and yet polite they are much more entertaining and simp worthy than an annoying cocky and self righteous hero. 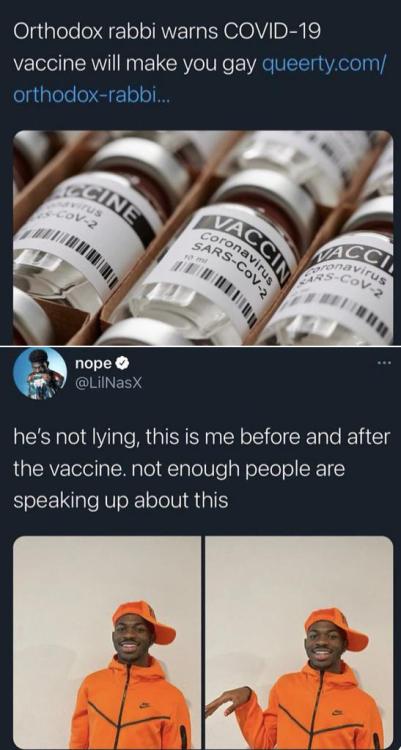 I truly love this interview

When he finds it Steve is in shock, Billy learned the guitar to help him hands heal after Starcourt so he plays a tune here and there but he’s never written a song before. It’s not finished and its pretty good. Very specific to them and it brings Steve to tears but then he hears Billy’s footsteps behind him and here’s right there asking if he should grab a pizza after going to the store for milk.

Steve turns around with the paper in hand and Billy instantly reaches for it and shoves it in his pocket, face bright red avoiding eye contact because Billy doesn’t do emotions. Still even after years of being open and free.

Before he can run away like he does when things get a little too much Steve takes his hand and says he really liked it, that he would love to hear it one day or read it when its finished and Billy just starts crying suddenly. Like overwhelmed crying because never did he think he would have someone like Steve who knows exactly what to say and exactly what to do.

He’s embarrassed as hell but happy that he found it because he knew he would have never shown Steve the song. He does finish it eventually but instead of playing it for Steve he records it on a cheap tape recorder and leaves the tape in his car radio for when he drives to work.

Steve cried the whole ride and the kiss he gave Billy when he got home was the best thing he could have gotten for it.