We looked inside some of the posts by rockabilly-autopsy and here's what we found interesting.

#none, #most of them were born before 1865
351 notes · See All
rockabilly-autopsy·a day agoPhoto

We have all wanted to do this to litterbugs at some point.

Reblog and put in the tags your favorite standalone movie that’s NOT an adaptation, remake, or part of a franchise.

Enjoy this cursed captcha reading I got from Youtube last night, looking at the Discord timestamp from when I posted it there, around 1am.

You know what happens when your computer starts speaking in tongues at 1am and you’re half asleep when it starts?

The first part, I’d clicked on the thing to read the captcha accidentally then sat in rapt, horrified fascination as it kept rambling until I thought to pick up the phone; the second time, I clicked it on purpose to see if the same thing would happen.

I had such bad cataracts ten years ago that I had to use the read-aloud captcha function. I wonder what I summoned during that time.

without saying your favorite character’s name, put in the tags a quote said by your fav.

My  rare Jacksonian seizures decided to kick in while I was giving myself my monthly Aimovig. My hand spazzed right out and the pen ended up crooked!  As a result, the spring didn’t move right so needle also went in crooked.  That hurt a LOT! How much of the medicine did I waste??  Fffuck.s

Gherman Titov, age 17, with his parents Alexandra and Stepan.  Mid-1953 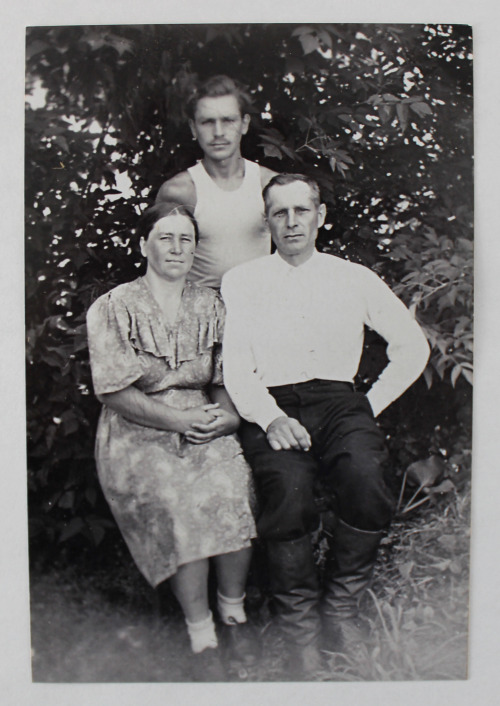 People, we’ve got to talk about all the disposable masks and gloves and wipes that I see people just casually tossing on the ground after they leave a building.  I see them clogging up gutters and stuck in bushes everywhere I go.

It costs you literally nothing to put them in a trash bin and it means there isn’t potentially bio-hazardous waste lying around.  This isn’t a difficult concept!

It’s not that damn hard, you foul slobs! 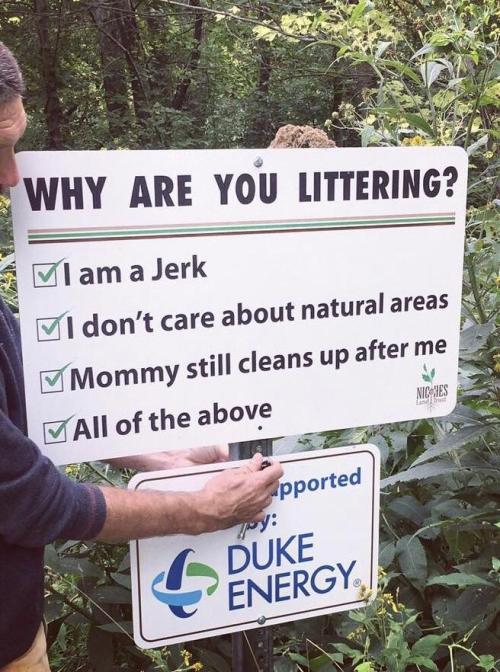 … in a feed tub, right by a high school, at the corner of two busy streets, in a town.  It didn’t look like a roadkill and the county’s deer season started today (November 20th).  That thing was fresh and someone had removed a lot of meat.  Someone went to all that trouble of dressing and even skinning the damn thing — and left the pelt on top of all that mess.  WHO DOES THAT???   Worse– it’s parts from more than one.   @calleo​​ want some deer legs? There’s six of them in there.

It was a lovely sight to see at 9:30am. Pics under the cut– don’t click keep reading if you don’t want to see this.

That is a beautiful pelt…

#hicks in the sticks, #animal death, #Odocoileus virginianus, #white-tailed deer, #who does that, #and leaves the damn pelt
1 notes · See All
rockabilly-autopsy·8 days agoPhoto

Wow! I’ve never seen this one before.  What I like is his hair is a lil messy. 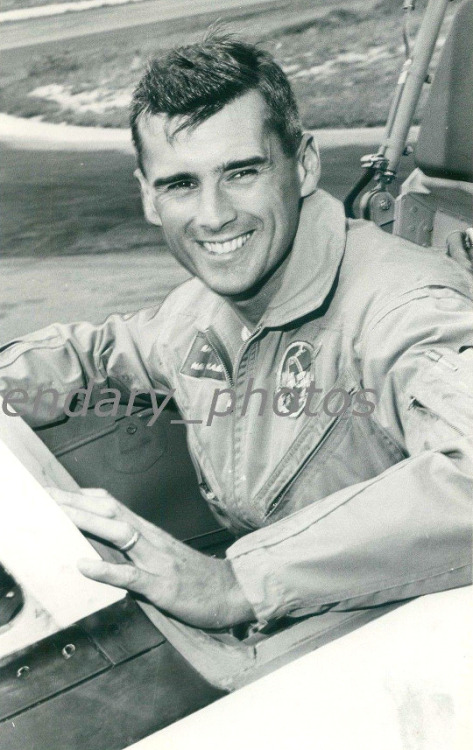 We used to have to take pictures with like. a camera. and then connect it to a computer with a usb to transfer them. to upload to photobucket . im literally shaking

(my finger was always in the way)

Are you kidding, Walmart was a late innovation. Used to be you had to ship film off to a lab with a prepaid mail envelope and your pictures would appear in the mail a few weeks later.

There was a time when you brought your film to the nice lady in rhe yellow Photomat kiosk and wait a couple weeks where some workers in the processing center made fun of your house and stole your nudes.

Look, I posted some rockabilly content!  How about that? 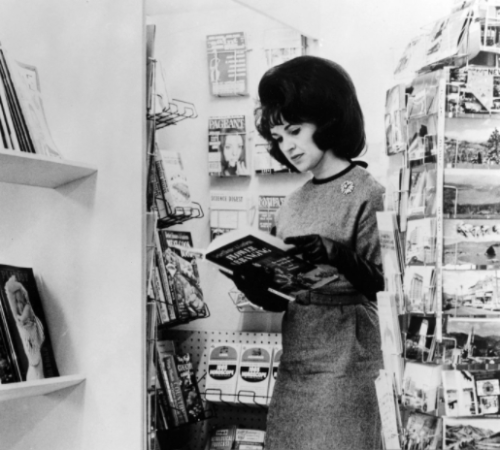 Everything is like “QUEER history” and “List of QUEER young adult books” or “Top 10 QUEER movies” and queer this and queer that and for the love of god please just say LGBT.

But queer is more inclusive

And faster to pronounce if you are talking instead of writing.

It’s not more inclusive, and if your excuse of using a slur as a blanket term is “it’s faster to say”, GENUINELY what is wrong with you

It’s also the respected academic term?? The acronym isn’t static and it’s usage is varied by things like generational difference, location, and knowledge of the community. Even just in the U.S. in the last few decades the common usage gone from GLBT to LGBT to LGBTQ, to LGBTQA/LGBTQIA/LGBTQIAP/etc (Which, let me tell you as someone who has given presentations in the past using these updated acronyms, are all real mouthfulls), to LGBT+.

Also yes, queer is more inclusive! Especially coming at it from an academic standpoint, people didn’t always use or identify with the terms we use now and you can’t always try to cram them into our modern perceptions of sexuality. We can argue for years about whether a famous historical figure was gay or bisexual or straight and trans or whatever, but if we can all agree that they were somehow queer then using that term allows us to move past the debate and into productive discussion. And not everybody everywhere shares the same terms for sexual and gender identity, or even the same concepts of those things, so queer really is a more inclusive term in a lot of cases.

Your words are slurs, too. Why do you get your words, but I don’t get mine? What makes you so special?

queer is not a slur, stop drinking the TERF koolaid

every time one of you fools spout about ‘queer is a slur’ a terf laughs because their fucking plan to make that word ‘taboo’ is fucking working you dipshit.

I did not get my degree in queer literature for you all to keep pulling this bullshit.

The Queer Nation ( logo made my Alan MacDonald and Patrick Lilley) is 30 Yrs. Old. It is not something from the first days on non-straight pride - it is our current history. Don’t let someone tell you otherwise.

plus if you watch like any documentary on queer history, they’ll tell you that the queer community deliberately reclaimed and used slurs used against them as an act of pride and activism because they wanted people to know that they were still strong even in the face of a mass societal-political push-back against lgbtq+ that sought to degrade and dehumanise them

-because yes we are queer what about it?

That being said, if someone asks you to not use the word for them specifically, don’t. Take me, for instance. I don’t mind that others want to use it for themselves, that’s great! But I personally am not ready to hear it used for me because of the connotations it held growing up. Some day, but not now. I’m not ready, and there are a lot of others who aren’t as well.

Nobody worth listening to is saying that you have to accept it as a term for yourself if you don’t want to or you’re not comfortable with it.

What’s being said is shut it with the telling other people “iT’s A sLuR yOu CaN’t UsE iT!!!” then add in some history you just made up to claim it was “always a slur”.

If you, personally, aren’t comfortable being called queer, that’s fine, the very few people who insist you should and/or need to be comfortable using it to describe yourself are an objectively incorrect, obnoxious vocal minority sort of like how TERFs are an objectively incorrect, but obnoxiously vocal minority; I won’t use it for you, but you don’t get to tell me that I can’t use the identifier I’ve used for myself since the mid 1990s and then go on to try to incorrectly explain to me why I can’t use it to describe myself.

Especially if you’re younger than I am by a good decade or two because, trust me, I know more about queer history than you probably do on account of the fact that I lived a good chunk of it.

OP needs to sit down and learn how to admit that their opinion is objectively incorrect. They don’t need to use the word to describe themselves and are well within their rights to ask people not use it to describe them personally, but that’s it.
The rest of their opinions and additions are 100% incorrect, as is the suicide baiting they do on their blog over the post. That absolutely needs to stop and it’s no less suicide baiting if you put a “tw” tag on it.

If you’re driven to suicidal thoughts because you keep being called out on an objectively wrong opinion and are shown repeated facts proving your opinion is objectively incorrect, you have two options:

I love that look that Buzz is giving. Oh and also Clifton too. 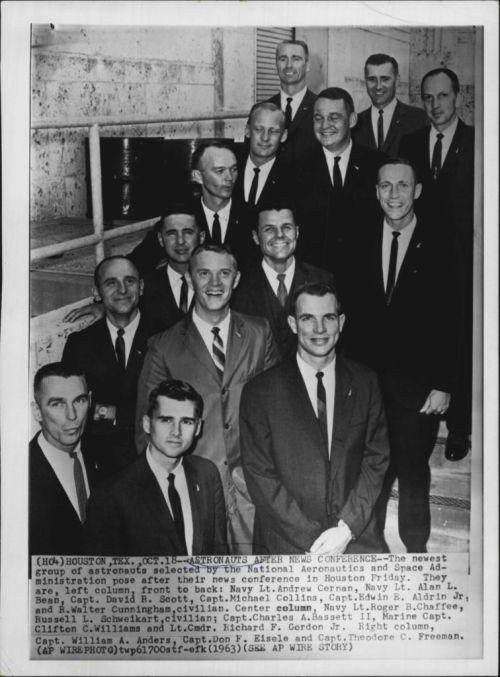 what got you into greek mythology: an alignment chart

Why isn’t “Age of Mythology” on here?

Soviet N1 Rocket showing the 30 rocket engines of its first stage. This one is rather special, via Roscosmos. One of the highest quality shots of the N1 in the factory. Similar Saturn rockets, Russians would use this rocket their own moon landing programme.

I read somewhere that this was a boilerplate rocket, meant to test launchpad configurations

I love how the Soviet rockets looked so retro-futuristic.

Right? I have to say I love how both American and Soviet space tech have their own distinctive charm despite both being utilitarian in their own right. Like I can’t describe it. It’s not that Soviet tech was TRYING to be more stylish than the American side of things, but… It sure ended up that way anyways. I’ve always had a soft spot for the LK.

Common photo in case people haven’t seen it, but look at it. It’s just adorable.

I wanna live in it. 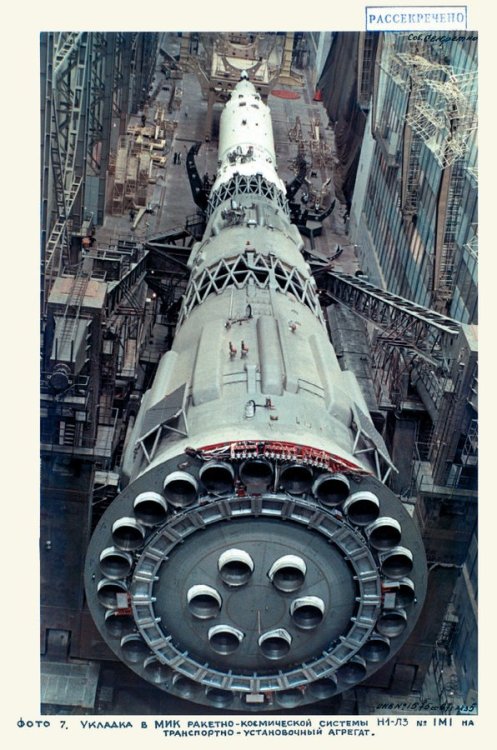 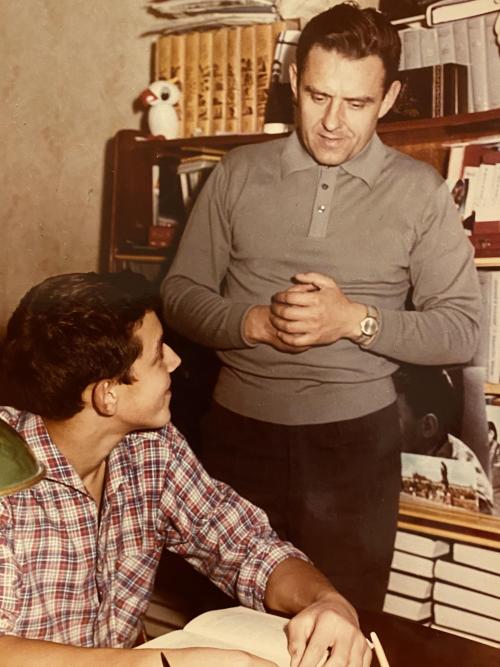 …for Parler.  Fine, go fuck on off to that cistern of hate and tinhattery, I’ve got most of you clowns on snooze anyway.  I’ll just wait until you get your heads out of your asses (am I too optimistic?).  I’ll support you again if you need to say, “I’m sorry I had my head up my ass.”

What cracks me up is some of you bitching about the French when “parler” is French for the verb “to speak” and isn’t a misspelling of “parlor”.

Anybody wanna form a brigade to carpetbomb that septic tank with posts about knitting or pet snakes or makeup hauls or anything else apolitical and positive?