We looked inside some of the posts by forthewoolfy and here's what we found interesting.

Here is the chapter 11 art before I pass out! Read and find out what’s happening here!

Two arts for this chapter because I couldn’t pick just one of these scenes. Killed my hand but it was worth it!

I really like drawing Hizashi’s hair just over the top pretty. :)

You guys were waiting for their first kiss! Look at these beautiful boys! And look at Nemuri’s amazing magic! Give the chapter a read if you haven’t already!

#dragon fruit, #erasermic
48 notes · See All
forthewoolfy·a day agoAnswer
I love how in Drgon Fruit, Aizawas eyes are the only hetero thing about him

Oh my God, no, I’m too tired for puns! Stahp! You come in to my house and you- no! I’m rolling laughing! XD

The witch doctor Nemuri might not be able to cure the curse, but she can tell them HOW to cure it! Even so, will the price of salvation be something Hizashi’s unwilling to sacrifice?

teachers are ppl too 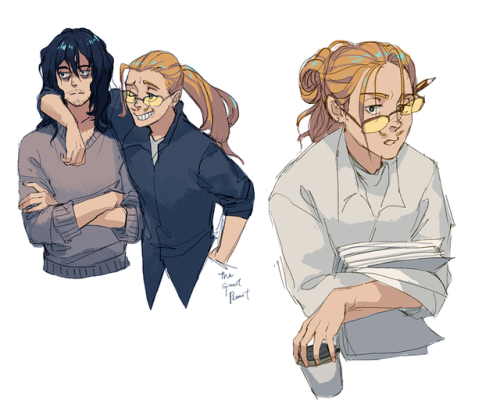 I can’t for the life of me find the source, but I saw this:

And thought of these three:

My ko-fi. My redbubble.

2 Feel Good Movie: How to Train Your Dragon and Spirited Away!

18 Do you still love stuffed animals? definitely! I still have my stuffed toy pig from when I was a baby!

12 How am I: Tired, but I’m alright. Wednesdays I end with my worst class, but it wasn’t too bad today. Our head of IT remembered I’m into eSports and wondered if I’d be interested in helping with a League of Legends extra curricular if it ever happens, so that’ll be fun if it takes off.

26 What movie would you want to live in? Never thought of that one before!I guess Detective Pikachu since I love Pokemon so much!

22 What I’d say to future Woolfy: Don’t give up your passions if you enjoy them!

go ahead and send some lovelies !!!!

TOSS HIM A COIN— OR A CAT

Yamada as Jaskier and Aizawa as Geralt

PLEASE DO NOT USE OR REPOST WITHOUT PERMISSION!!!

#i live for this
313 notes · See All
forthewoolfy·3 days agoAnswer
Green, maroon, mauve, lavender, saffron, crimson! These are just the ones that stuck out at me. :) Basically I just think you're heckin' neat and I love talking with you!

Maroon - you taught me something new

Mauve - you are really talented

Lavender - you inspire me

Saffron - I love your ideas

Crimson - we should collaborate on something

Awww thanks hun! I definitely agree we should collab on something! You inspire me too! ❤️

Now that I have a working tablet on my chungus computer, I thought I’d spend 5 hours of my life animating everyone’s favorite scruffy pro hero doing parkour. Its super rough and there are about a million things I’d love to fix about it, but I’m stupidly pleased with it overall, especially for it being my first time doing anything resembling animation. :D

I think I’m most proud of the fact that every frame was referenced from a video of a guy actually doing parkour, so the poses themselves are pretty tight.

Just ending it on the stop felt pretty boring, so I brought Mic in from off screen to finish things up.

Eraserhead: …So much for stealthy…

Guys. I did my first fan art. My wife said that wooloo looked soft as a cloud so I had physically no choice but to create this. Thank you for your time.

#awww!, #look at this cutie and his shiny wooloo son!
34 notes · See All
forthewoolfy·5 days agoText

this is how that went, right?

Except it’s way more than six sentences! A conversation between Prince Hizashi and his royal guard/royal bodyguard Sekijiro Kan! There are going to be two languages in the fic: Yoicish and Arasurese. Because of this, Yoicish is in brackets. Kan does NOT trust Shouta!

It didn’t take Kan long to catch up with Prince Hizashi. “[I’m sorry for my behaviour,]” the guard instantly said as he fell into step beside him, “[but I don’t trust that man.]”

“[Well, we have to tolerate him ‘til the engagement is cancelled, and then I’m sure we’ll see very little of him.]”

“[Something isn’t right,]” Vlad pressed on. “[If you had died as well as your parents, then the Aizawa Prince - your fiance - would’ve been a prime candidate for your throne. The Aizawas have too much to gain from your death, especially if it happens before your engagement is renounced.]”

“[If that were true, then Shouta wouldn’t’ve agreed to cancel it,]” he said as he reached his room and headed inside to find himself some new clothes for after his bath. “[If he really wanted my throne, he would’ve made me marry him and then he would’ve killed me after the wedding. That’d be logical, yo!]”

“[We have three weeks until it’s officially renounced; what if, at the last minute, he suddenly changes his mind and you have to start the waiting period all over again? Or maybe he’ll trick you into falling for him, so when you marry and then suddenly die, it’s seen as a tragedy rather than an assassination? This is an Aizawa we’re talking about.]”

character: adopts another person, or two, or ten
me, immediately falling in love: 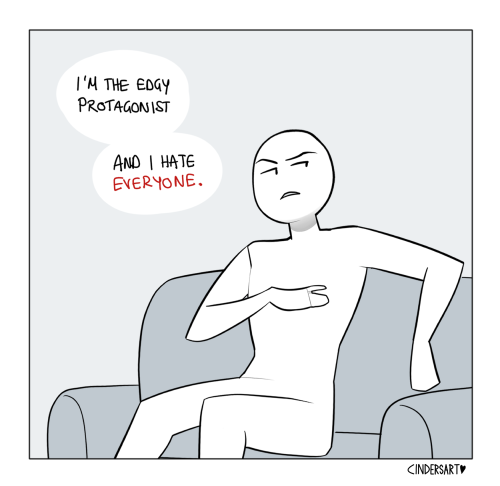 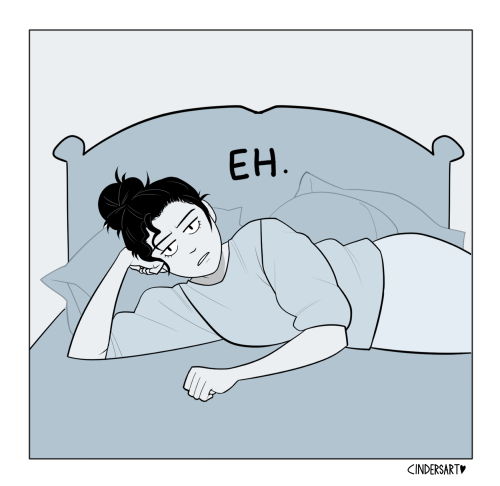 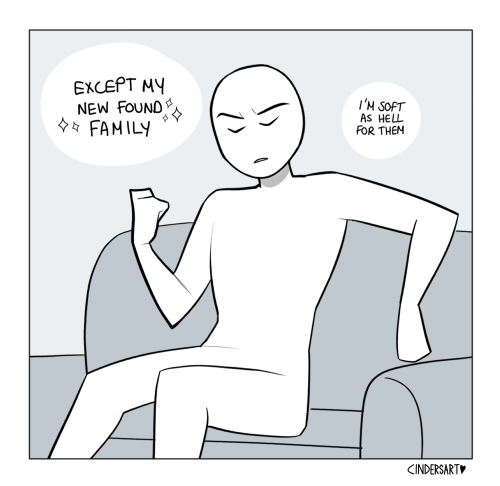 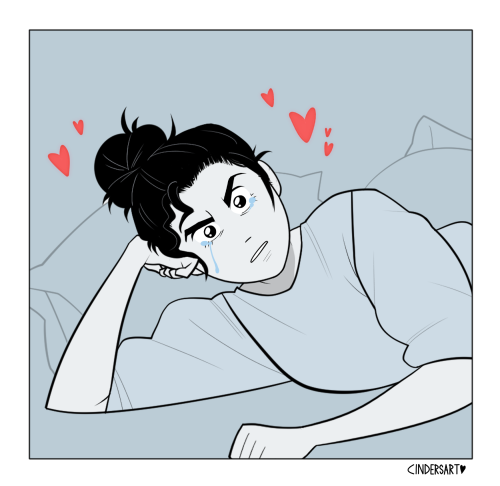 #Daddy let his son be summoned?, #Zawa is gonna have the worst father in law, #Or the best, #Zashi gave up his prince title so he could become a chef, #This is the plot of Ratatouille and I 100% support this, #Love this AU, #Keep up the great work hun!
279 notes · See All
forthewoolfy·6 days agoPhoto

I really wish there was a typo here lol 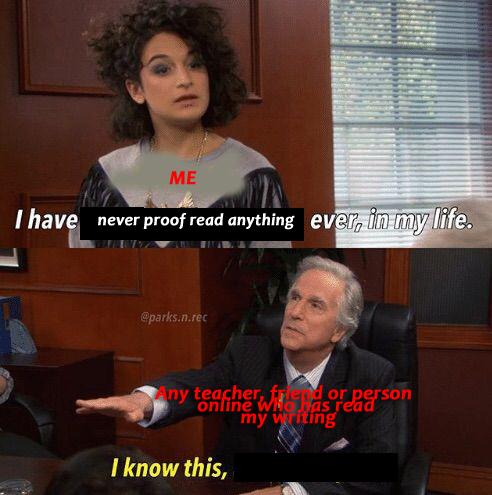 I’m pretty proud of all the illustrations I’ve done for this fic, but my favorite is still chapter 6. That scene in the river was so beautifully written. The way the tone shifts from fun and kind of excited, to soft and reverent. I may have had a hand in the story but @forthewoolfy‘s words really bring everything to life. She makes it so easy for me to picture each scene, and that one in chapter 6 just REALLY stuck out to me.

That being said I have had a ton of fun drawing the other canon characters. Up until this batch all the art has just been Shouta and Hizashi. Getting to draw Emi and Nemuri has been a breath of fresh air, as well as a fun exercise in costume design, which I’d done for several years for medieval festivals, so, you know, it was kind of perfect.

Look at all this beautiful art! I feel so privileged to be doing this collaboration with both such an amazing artist and a good friend ❤️❤️ the designs are always so beautiful! 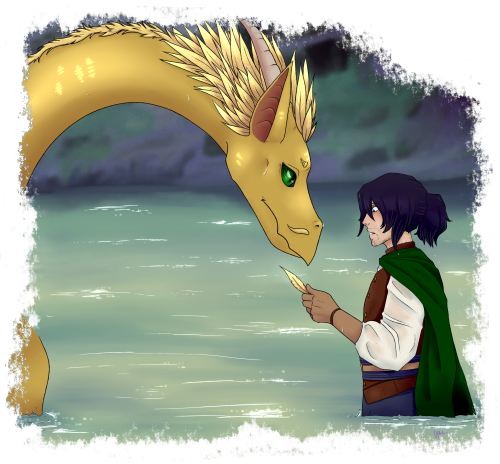 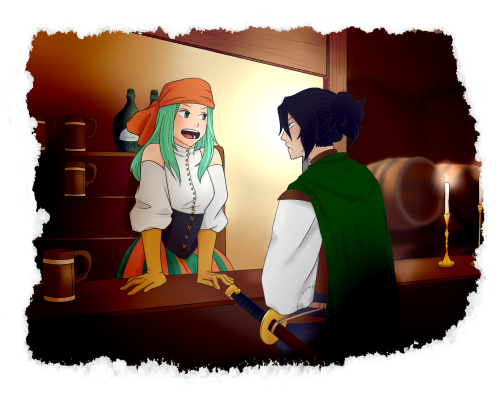 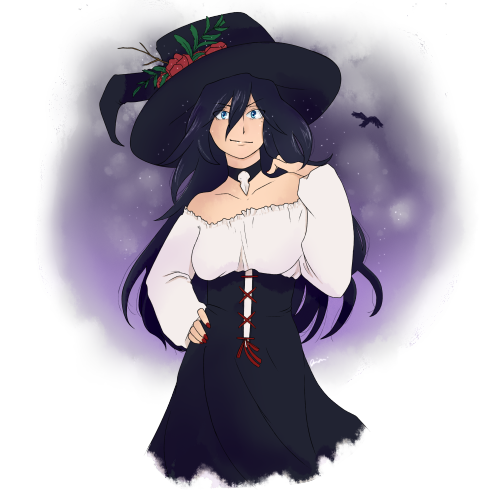 I somehow relearned how to draw comics again!

Sometimes when I’m bored I like to read the incorrect bnha quote posts the fandom comes up with and this one compelled me to draw it, starring Aizawa and Mic 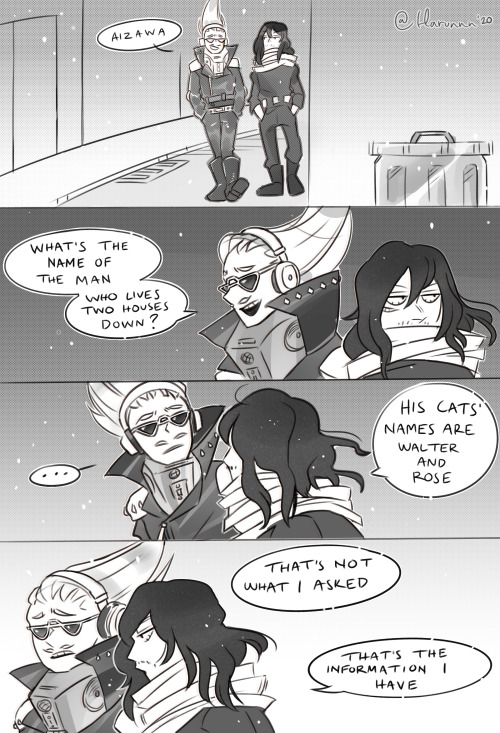