so much for my happy ending

Peyton Ford. 25“I followed my brother here. He’s an idiot, there’s no way he’d survive in murderville without me.”

We looked inside some of the posts by peyton--ford and here's what we found interesting.

“Oh, sweetheart…” Liz moved to sit on her knees, shaking her head. “I’m okay…” She said softly, holding out her arms. “Come here…”

“You don’t… look okay.” Peyton said quietly as she moved over and slid into her arms.

Eleanor was sat in what she hoped would remain a secluded park bench, her nose in her phone which she held too tightly. She was trying not to fall down the rabbit hole, it wasn’t good for her. Googling her own name alongside ‘Baberton’ (or worse…his- his name) wasn’t good for her. Instead she tried to concentrate on reading a movie review by someone who used far too many adjectives but it was no use. Her gnawed fingernails started to tap her thigh faster and faster. Fresh air, normality, a safe, short walk before she’d be chauffeured away to her next check up… Suddenly she regretted it. She wanted to go home. She—

“Jesus-,” she jumped, her phone exiting her grip, her heart most likely stopping at the noise. It was nothing. Some cyclist or a snapping twig. Still, she felt embarrassed enough to try and offer up an explanation-, “I just- Sorry, I was… Jumpy.” @secretsummerstarters​

Peyton was thoroughly depressed. She still couldn’t believe that Matt was gone, that her brother had died and he would never be coming back. She felt ill at the thought and it just didn’t seem real even now. She was pretty sure she’d cried herself out though. Her tears seemed to have dried up.

She walked in a random direction, not really sure where she was headed or if she was headed anywhere at all, but Peyton just didn’t want to go home quite yet. Her parents were still here, trying to push her to leave town with them. Peyton wanted to stay here, though God only knows why.

“Shit, sorry–” Peyton said suddenly, not even clicking on right away until she lifted her gaze to the girl nearby. “I wasn’t even… paying attention, honestly.”

Your name is a curse... especially in this town. -A

“I just–I wanted to apologize..”

“You’re what? You’re sorry? You’re fucking sorry? What the fuck good does sorry do for me?”

It was totally random. Liz had been going about her day just as normal. She had made lunch. It was Brooke’s favorite. But then as she allowed herself to think about it, she realized that Brooke was gone. With the recent events that led to Broke being hurt, her memory had taken a bit of a back slide as well. Brooke was dead, gone. She had slid down the wall in the hallway and sat sobbing for a little over an hour. She heard someone speak as they walked up the stairs, calling her name and she looked up.

Peyton couldn’t focus on anything. Matt was dead and nothing was going to make it better. She was walking around and ended up figuring she’d stop in and see Liz. Going upstairs, she frowned. “What’s wrong?” She asked, moving over to her quickly.

“Here.” Dexter held out a water towards her. “Drink some water.”

It had felt like she wouldn’t ever stop crying, and she’d gone and had a few more drinks than she should have so she was a bit dizzy. She took the water, feeling out of it as she had a few sips and then she shook her head, looking up at him. “Th–thanks…”

“Wanna talk about it?”

“Wouldn’t know what to say.”

“If you know what’s good for you, you’ll get the hell away from me right now.” 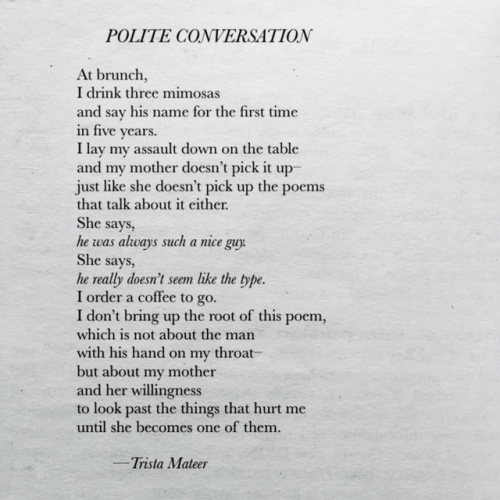 Lola didn’t notice much when she was trapped in the mind of her own world. She’d spent the day thinking about her future, even if she’d have one outside of Baberton. “Sometimes I hate this place,” she mused aloud, finally freeing herself from her thoughts to notice someone nearby.  “What are you looking at?”

Peyton was sitting in a bit of a daze. How could her brother be in a coma? She was not having a good time and wouldn’t have looked up at all had she not suddenly caught what the other said. “Nothing.” She shrugged, looking away again off into the distance. “Sometimes I hate this place too.”

Alice’s heart raced as she deepened the kiss, so buzzed to be able to be this person again- to be able to forget that she lived in a town so tainted with murder. It was just such a great bonus that she was getting to make out with such a beautiful girl. Keeping one hand in her hair, Alice moved her other hand down to Peyton’s jaw, still smiling between kisses.

Peyton couldn’t help but respond in kind, kissing Alice a little deeper, enjoying the way their lips fit together and the way her touch made her feel. She kept her hands on Alice’s waist, gripping just a little tighter as she returned the kiss, unable to help smiling a little herself in response.

She smiled softly. “How are you doing?”

( @matt–ford ) Peyton moved back into the room, looking over the bed Matt was in as she let the door close a little behind her. She sighed. “Hey.” Who knew if he could even hear her at this point but she’d always heard people in comas could. Peyton couldn’t believe this had happened. He was fine and then all of a sudden he just… wasn’t. He was gone. Was he gone? She had no idea and nobody seemed to be able to give her a proper answer. Peyton was angry. She was angry at Josh Cox, she was angry at the hospital, she was angry at the world.

“Happy birthday, Matty.” She continued, moving to sit down next to the bed. There were balloons in the room, get well cards from people, but what good was it going to do? Balloons and nice wishes weren’t going to wake her brother up. “Twenty-five… hey, you’re a quarter of the way to a hundred. Old man…” She chuckled but it was a forced sound. Peyton just didn’t feel like she had it in her to portray anything positive. “Mum and dad are here.” She added, feeling stupid because it was almost like talking to an empty room. Speaking with ghosts. He couldn’t answer and she had no idea if he could really hear her or not.

“Oh. You asked about Nina.” Even though she kind of related Nina to what happened now, to where Matt ended up, he’d asked before he fell into the coma for her to get an update on Nina. “She’s fine. She’s just fine.” Peyton sighed, leaning back in the chair, crossing her arms over her front and just looking back at her brother for a few moments. How could this have happened? She was supposed to look out for him and she hadn’t been able to do anything about this. Peyton hated feeling powerless and honestly her rage levels were shooting through the roof. “Everyone’s waiting for you to wake up. So… you gotta wake up, Matty. You gotta open your eyes… please.”

“Can you get me an update on, Nina please. I need to know she is okay.” Matt didn’t remember much. He remembered seeing the car, and then yelling out Nina’s name and running over to her and holding her but that was it.

Peyton looked at him and then she nodded, moving to stand up as she squeezed his hand. “Okay, yeah… I can do that.” She let go of his hand and turned for the door. “I’ll be quick.”

Ainsley frowned at her words, but was happy that the girl seemed comfortable enough to open up to her. She reached out to press her hand against the other blondes shoulder in comfort and gave her a small smile. “You don’t need to explain yourself further,” she assured her before letting her hand drop back to her side. “I’m sorry you find yourself getting angry sometimes,” she said softly as they got closer to her house. “I’m Ainsley by the way, and I appreciate you opening up to me when you don’t have to.”

Peyton supposed she just needed to talk to somebody and Ainsley was nice enough to take her back to hers and help her patch her hand up so… it came out. She smiled lightly, nodding as she looked up at the woman. “Well, it’s.. nice to meet you. And it’s nice of you to help when you don’t have to. I’m Peyton.”

It was still none of his business but she wasn’t going to keep on at him when he was lying in a hospital bed. She looked at him when he asked if she’d do him a favour. “What is it?”

She laughed and nodded. “At least someone is keeping him line.”