We looked inside some of the posts by tattered-trinket and here's what we found interesting.

reminder that this blog, while not politically focused, supports BLM. bootlickers and racists aren’t welcome here, and never will be.

Emma teaching Hook how to fight in 4x23

[id: A tweet by @FILTERMIN, which reads: “the name ‘rubber bullets’ is really deceiving. they aren’t bullet sized at all they’re actually HUGE. please spread this so people going to protests know how seriously dangerous they are. #Black_Lives_Matters”

An embedded picture, which OP has helpfully added a full version of in the second image, displays some rubber bullets, which are black objects longer than the width of the hand holding them, and two finger-widths wide. end id.]

YEP! These are meant to be skipped into the ground and then spin into people’s legs and dissuade people from advancing or move them away. FIRING THEM AT PEOPLE’S HEADS IS 100% AGAINST THE PROPER USE.

AND THEY ARE SHOOTING THESE AT MEDICS. DOCTORS, EMTS, AND NURSES. AT CLOSE RANGE.

THESE CAN BREAK YOUR SKULL. THEY ARE NOT A JOKE.

YOURE TELLING ME THIS IS WHAT THEY’VE BEEN SHOOTING PROTESTERS WITH????

the father, the son and the holy spirit

What just happened on CNN? Im at work and so wasn’t somewhere I could watch

Sure I’ll sum up.

So there was a very good peaceful protest by…. Lafayette Park? Right outside the White House. They were chanting, they had multiple reporters in the crowd, it was fucking CHILL, people were waiting for Trump to do a speech in the Rose Garden.

Then, out of nowhere, truly NOWHERE, the cops closed in from three directions and threw gas into the crowd. They used rubber bullets on the crowd IMMEDIATELY. One dude told the reporter “They don’t care about new, move.” They drove out the totally fucking peaceful, pre-curfew protestors.

They moved them all out, and Trump started speaking, and you could hear the fucking gas going off over his speech. CNN fucking did a splitscreen to show the peopple being shoved back as the motherfucker stood up there and said he would protect our rights and would mobilize the military against people.

Then back to the reporters, and everyone was forced further and further away. One woman on a bike told the reporter “They are getting the water cannons ready, you wanna move.”

WAS BECAUSE TRUMP WANTED A PHOTO OP AT THE CHURCH ACROSS THE STREET. HE WANTED THEM OUT OF THE WAY SO HE COULD STAND WITH A BIBLE IN FRONT OF A CHURCH.

Even CNN is calling him a dictator, at 7PM.

Then the Illinois governor came out and called him a racist, xenophobic, misogynistic failure. 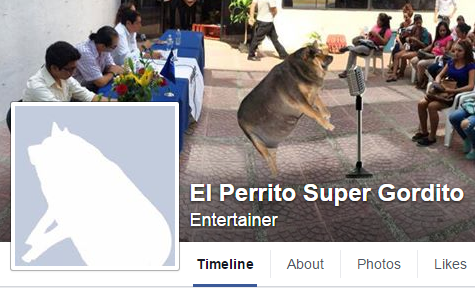 “The more I read, the more I felt connected across time to other lives and deeper sympathies. I felt less isolated. I wasn’t floating on my little raft in the present; there were bridges that led over to solid ground. Yes, the past is another country, but one that we can visit, and once there we can bring back the things we need.”

Jeanette Winterson, Why Be Happy When You Could Be Normal?

My mom has been thinking of moving sometime in the future, and she sent me a listing on zillow to look at, right?

And I’m like, “Oh cute, it even has a little in-law suite, that’s nice,” BUT THEN I KEPT SCROLLING AND

Some tips for those of you who are protesting just to stay safe. Please remember to cover all of your tattoos, piercings, and really any recognizable features you may have. Turn your location off so no one can track you and have atleast two written emergency contacts.

If the police begin utalizing tear gas use a combination of 50% water and 50% Maalox/liquid antacid).

For pepper spray use dawn dish soap and water, vegetable oil, or milk in a spray bottle.

***edit: please feel free to add more tips and make sure to read the comments for helpful additions!

while i don’t claim to be a “book blogger” by any account (more of a cranky publishing-person blogger most days), i know a lot of people have followed me through my book posts, so i’m taking advantage of that captive audience to boost these bookstores. shop them through their own websites and if you’re local, look into curbside pickup to minimize shipping costs and overhead. okay that’s all thanks bye stay safe.

I know most of you are following me because of video game stuff so this is gonna be the only thing I say about the shit that is going down I promise.

The police do some things nationwide when it comes to peaceful protests.

1. This is the most important one for here NO ONE GIVES A FUCK ABOUT TUMBLR WHEN THIS SHIT IS GOING DOWN. No cops are checking tumblr no protestors are checking tumblr. I am writing this guide for people who are here on tumblr to understand that the tactics that are being used are the same ones that have been used for the past 20 plus years on every peaceful protest.

2. Dispersal orders will be given as if they have been said more than once and then acted upon immediately. This is to allow them to kick the shit out of you and then claim it’s your fault for not following orders.

3. “Less lethal force” methods will be used. Less Lethal is not “non-lethal” the police do not have access to those things. Less lethal force includes tear gas, pepper spray, rubber bullets, flash bangs and bean bag shotguns. These can kill but are designed to do as little damage as possible. The police however will use them in ways to cause lethal damage. The equipment will be used in intentionally dangerous ways to increase the fear factor.

4. The police will use every means possible to create fear in the protestors. Most people who go to these kinds of protests have never been to one before in their life. Most people have never had a gun pointed at them especially by a cop. Most of the time when someone is threatening you you think to call the police but when the police are the ones causing the threat then you get a sinking feeling.

5. If there is no one filming there is no evidence of what happened. That means that if they want to start beating people up first thing they have to do is get the media and the people with livestreaming capabilities out of the way. THE MEDIA WILL BE TARGETED SPECIFICALLY they will later be counted as collateral damage.

6. After clearing the media and doing what they do they will then blame it on the protestors. “They were violent.” “Planting bombs we had to stop them.” “They were on drugs.” etc etc. People believe police officers over the word of the average citizen. They will spin it so the protestors look like demons.

7. If violence does not stop the protestors then provocateurs will be used. A provocateurs is an undercover police officer that is “sent in to know what the protestors are up to” but really are there to start anti-police violence that the police will later use to justify their actions. I’ve had one once attempt to get me to set police cars on fire. If you see someone making the protestors look violent or unreasonable you might want to consider if they are a provocateur.

8.The president will be sad that the events are happening but will not do much more than offer his condolences. This will happen even while the UN is asking for intervention.

9. The media will spin the story as that the only things they have to go on are the words of the police since most of the time they are to lazy to interview protestors. Fox news will make the protestors seem like gangsters or anarchists.

10. People will be arrested for no reason and not given medical care. That includes medication for non protest related things. I remember having a friend get arrested and then held for 24 hours without access to his kidney medicine (he was later released without charge). The police will hold the protestors for a while and then release them because “no papers were filed”. This removes people from the protest and keeps them from having a coherent and continuous force. You can try to sue but chances are it will cost thousands of dollars and you won’t get much in return.

11. “free speech zones” aka you can protest over here until you actually are ok with that then we will move you out of there for “causing a disturbance”

12. Police officers from out of town will be bused in because local cops may go “to easy” on protestors.

Old post from when Ferguson was happening. 8 is obviously no longer accurate.

New additions that I can’t believe I missed:

13. Write your lawyers number on your arm with sharpie. Everything you bring will be taken from you when you are arrested.

14. Use 1 part water 2 parts liquid anti-acid for cleaning tear gas. Its an acid like hot peppers but genetically modified to be much worse. Its against the Geneva convention to use it in war this shit is bad. Alternatively use milk.

And remember its 2020 covid19 is still a thing and you are meetong in large groups. Wear protection.

Addendum to 14 don’t put that in your eyes. You need to just keep rinsing it. It burns skin too.

My love, you have my heart for all eternity.
And if I die in that arena, my last thought will be of your lips.

Stay with me. Always.

for @hijacked-victor - remake of (x.)