We looked inside some of the posts by kittkaleen and here's what we found interesting. 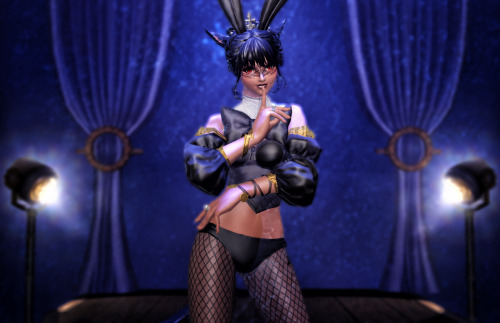 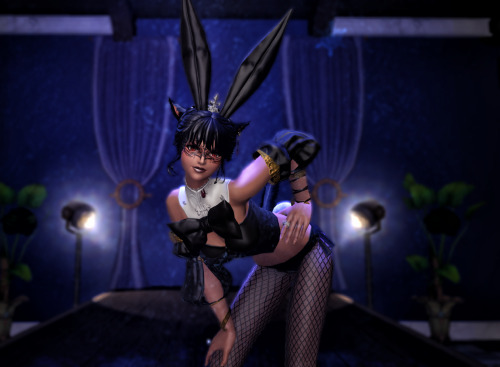 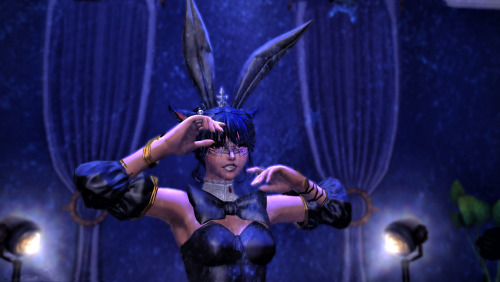 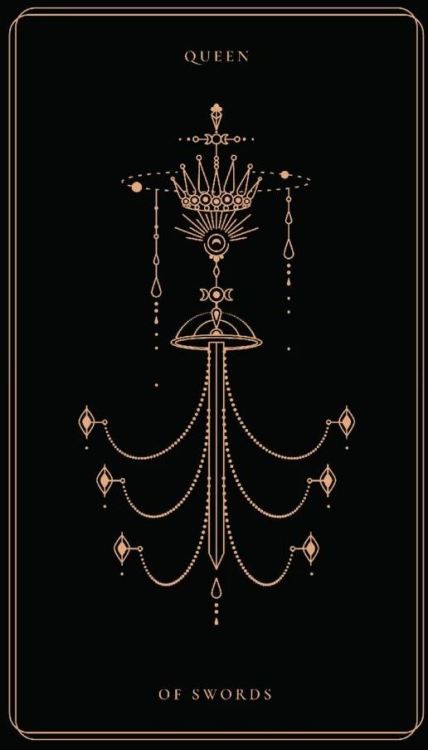 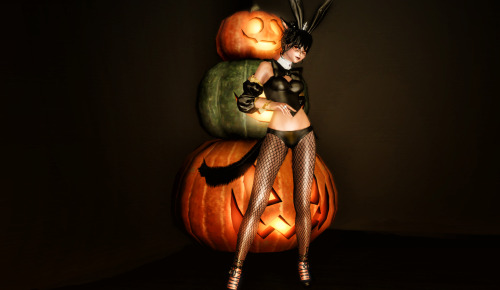 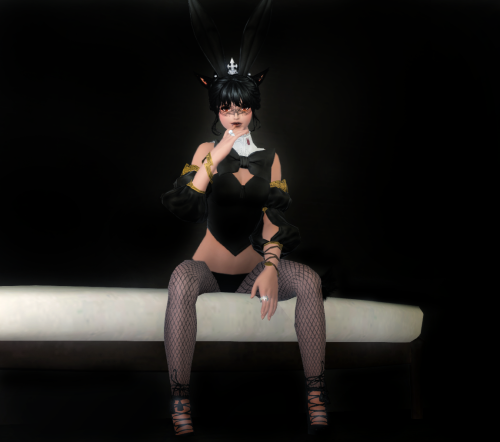 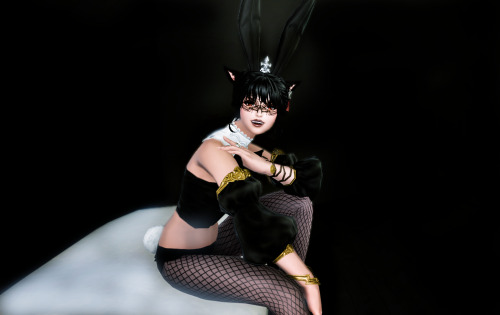 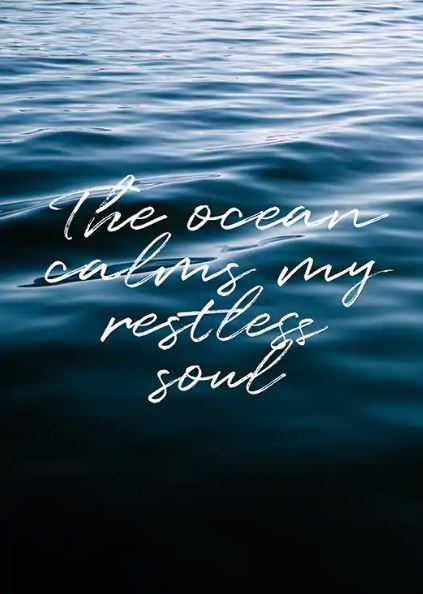 The night might fall.
Rain on down and cover us all,
And drown us with the burdens of our sins.
Maybe I’ll look you in the eye,
Tell you, you don’t wanna die.
Maybe I’ll hold my breath and jump right in. 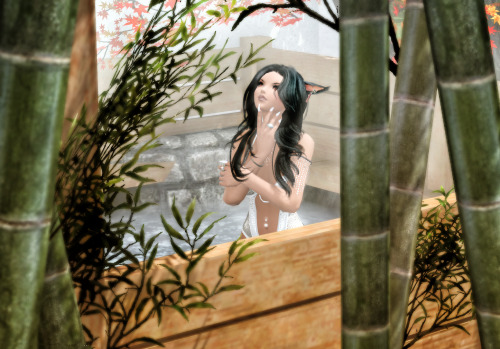 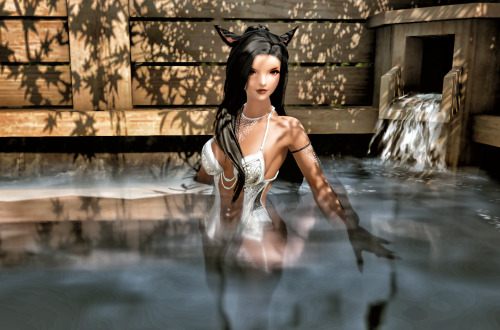 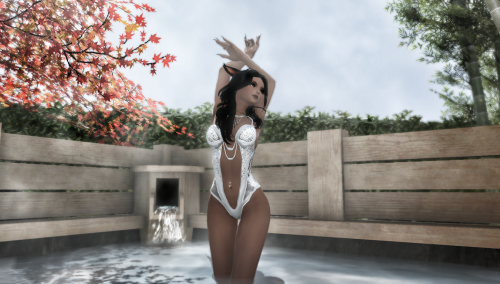 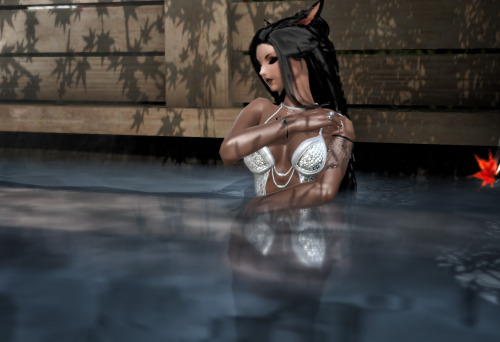 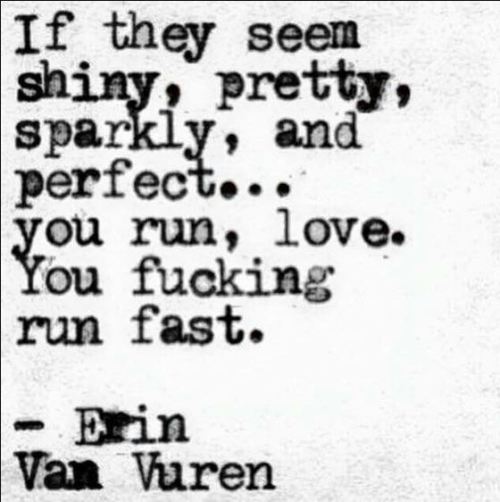 Hair: Raven black, long, worn in a variety of styles.
Eyes: Dark brown, chestnut depending on lighting
Height: 5 feet 6 inches
Build: Slender, curvy - athletic
Distinguishing Marks: Avoids distinguishing marks, no visible scars, plays with face/body paint, but commits to nothing permanent. Wants to be able to switch up as needed.
Voice: A little lower pitched than the average Miqo'te woman’s, a bit husky.
Favored Accessories: On her right hand, a large diamond, platinum setting, on her left, a Sharlayan Custodian’s ring, also platinum. Kitt’s a silver/platinum girl, and avoids gold, as a rule, for any jewelry, clothing and even weapons. The diamond because, well, girl’s best friend and all … the Sharlayan ring? She has a thing for celestial themes, and this pretty little star has become something of a good luck charm!
Aesthetic: Dark, broody, moody. Something in equal parts, ethereal, ominous and beautiful. Loves the sea, rain, storms and cold weather. Palette - black, greys, white, silver.

Birthplace: North Shroud near Coerthas border
Residence: Travels often. Otherwise divides her time between the FC house in The Lavender Beds and her personal residence, the Beach House, in Mist. Owns a photography studio and spends a lot of time there.
Languages: Common and a smattering of other languages picked up during extensive travel.
Most used words/phrases: “Please”, “Thank you”, “It is what it is”, “So it goes” and a handful of more colorful phrases she’s been told “ladies” ought not say.

1. Kitt’s becoming increasingly mercenary, open to opportunities to challenge herself and push limits. A highly proficient combat medic and paladin, who’s not afraid to get her hands dirty. She won’t come cheap.

2. Ever feel the life of a Scion/Warrior of Light is way too confining? Kitt too. She’s a not so light paladin, white mage, with no allegiance to the do-gooding attached to either role. She’s willing to fight to play it her way. If you’re disenchanted with the status quo, Kitt’s probably open to chatting, even better if it involves good wine and a plan.

Open to other RP hooks, if the premise is fun and advances her character development.

Mood: Drifting on the cusp 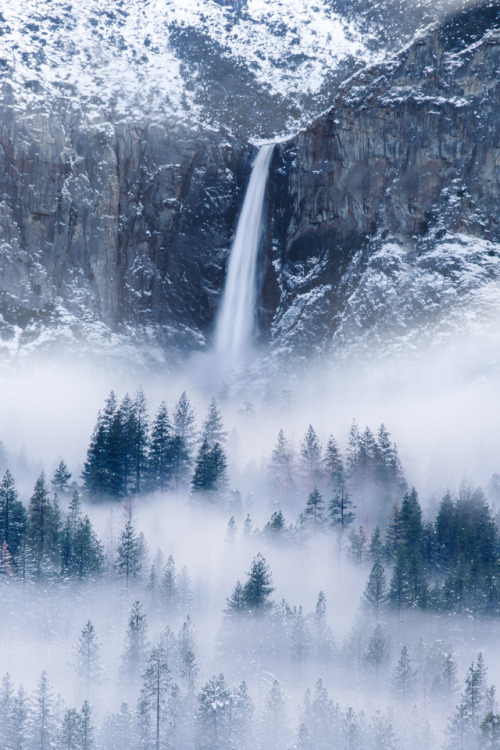 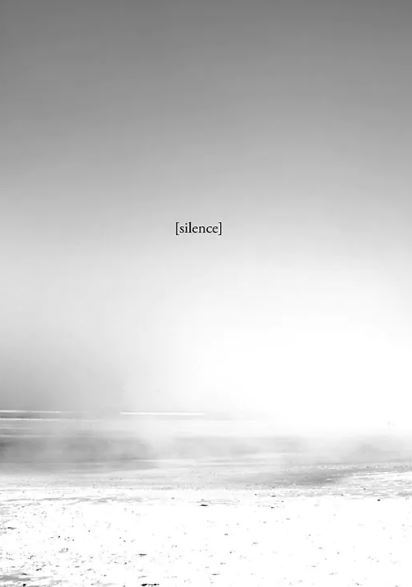 Mood: In the pink 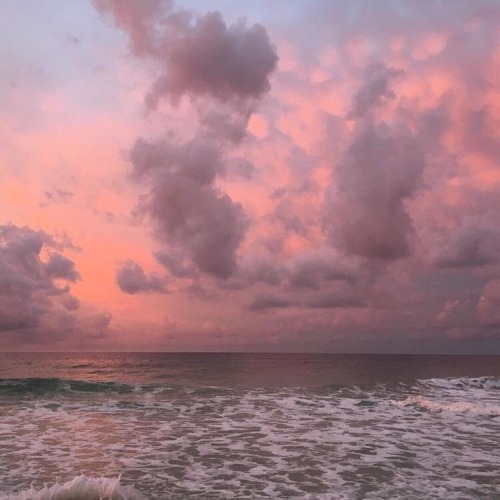 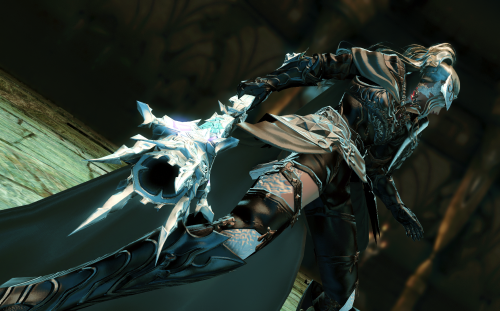 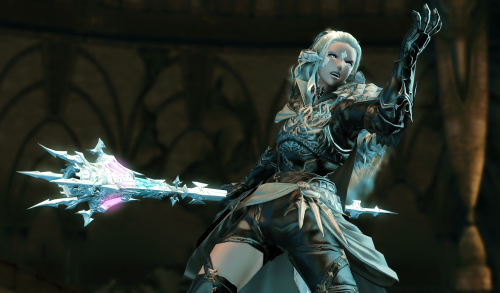 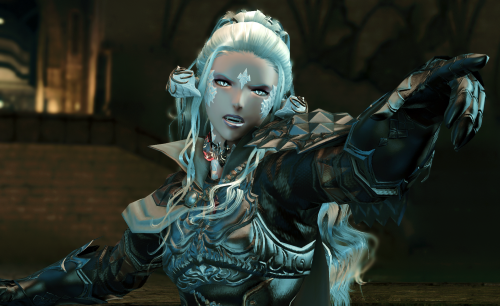 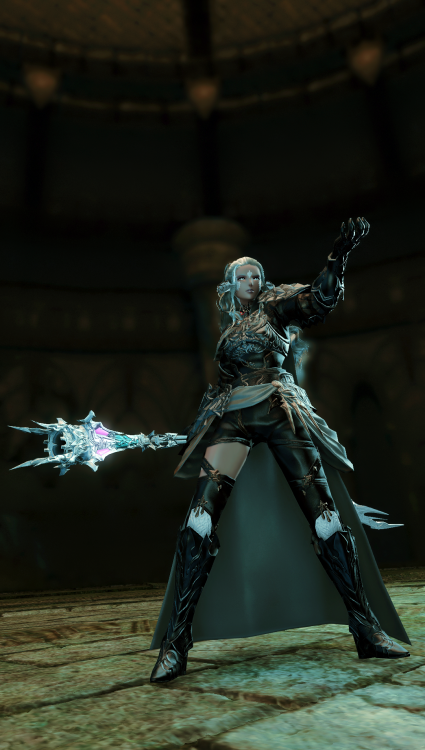 …You Leave Blood, and Ruin, 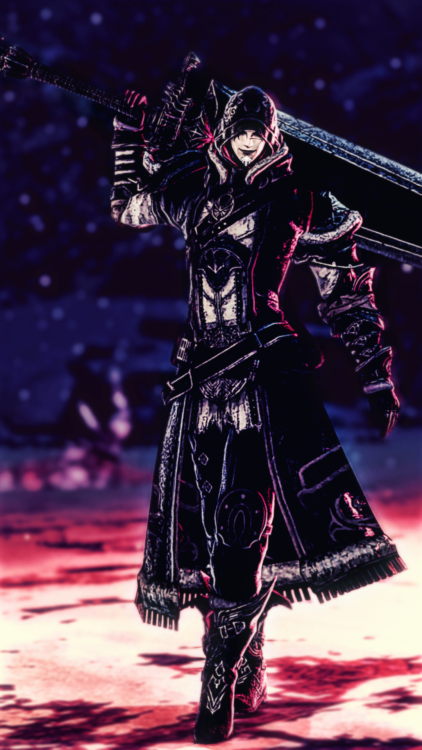 Hey @dumb-hat thanks so much for the asks! Let me dish all things Kitt!

1. Risk taking: Kitt is a calculated risk taker. She’s not foolhardy, will not take unnecessary risks or put herself in unnecessary peril. All that said, she is confident in her abilities, pushes herself to perform, and is a perfectionist. She thrives on challenge and won’t back down from a fight. She’s not reckless, she is driven.

On occasion she has been known to put her feelings and heart on the line, this is likely the ultimate risk taking for her. The deepest wounds don’t bleed.

2. Dreams: Kitt’s a hard core realist overall. Although she’s goal driven, her head’s nowhere near the clouds. She’s more likely to put her energy behind someone else’s dreams to assist them to realize them, than she is to allow herself to pursue … dreams. What is it that stops her from dreaming big? Is it her skepticism? Her fear of emotional vulnerability? Her history? Hmmm not sure. It would be good to see Kitt fired up, dreaming big, love that for her - but not this day. 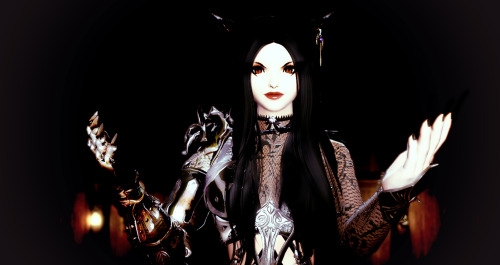 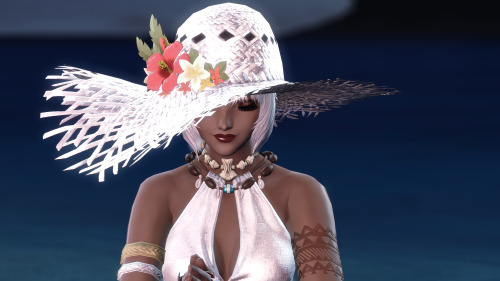 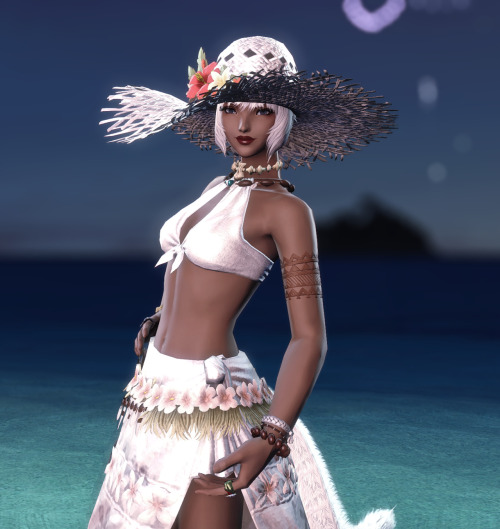 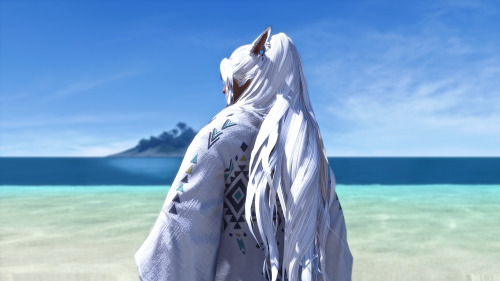 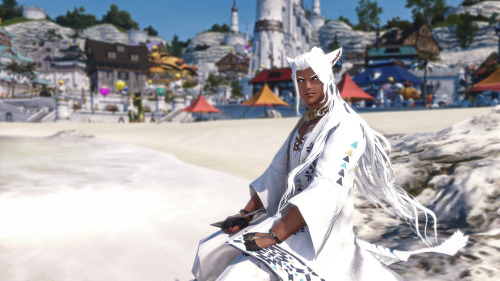 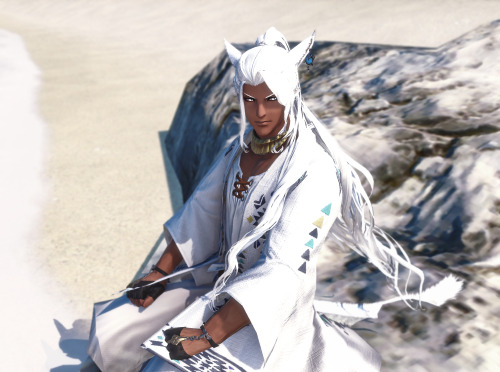 Hey @ofthesilverlining, many thank you’s for your ask “ Does your muse hide any aspects of their personality/life from others? “

1. Kitt’s what I call an “iceberg girl” … you know the sort? 10% visible surface, 90% deep sea. She’s disarmingly honest about the 10% surface details, so much so, people should be forgiven for thinking she is an open book. She’s not. She’s also more reserved and complex than people might get from surface information, and can be notoriously hard to read. Just when you think you have her worked out, she’ll show you different.  She’s guarded, secretive even, but most people won’t pick up on it.

2. She’s intense and passionate and hides these qualities beneath a polite, cool and detached exterior. There’s something intriguing that tends to draw people to her, but they’re not gonna taste the passion if they can’t get beneath the 10% ^^.

She’s emotional. Any emotion that makes her feel vulnerable (most of em) she will cover up, sublimate, resist talking about and definitely wont want to be caught out unless you’re in her inner circle - but yeah, intensely emotional.

3. She’s clever, observant, perceptive, even cunning in her own fashion - not easily fooled. She has an uncanny ability to get at the truth of things. She definitely doesn’t play stupid, totally not her style, but nor does she flaunt her intelligence. It’s kinda like a casually hidden ace, up her sleeve.

She’s a big time skeptic who is unlikely to believe much of anything without hard evidence … except for a few things she willingly suspends disbelief about … yeah, she’s a contradiction in terms from time to time.

4. She has a temper. Again, few see this because she keeps it well hidden beneath that cool, calm, collected exterior - push her too far? Expect a venomous sting. She’s extremely protective of “her people”, fuck with them at your peril. Betrayal is unforgiveable in Kitt’s books, and there’s no way in hell she will ever let it slide.  Break her trust? Good luck ever restoring it. She has no problem cutting ties completely if she’s been pushed too far or hurt.

5. She is openly independent and a self avowed introvert, however, she has spent a good deal of time covering up just how independent she really is, how much she hates feeling controlled. The more confined and constrained she feels, the more rebellious she becomes. You might think she has this rebelliousness under careful control. She doesn’t.

So there you go @ofthesilverlining some inner Kitt workings. Don’t tell her I told you k? 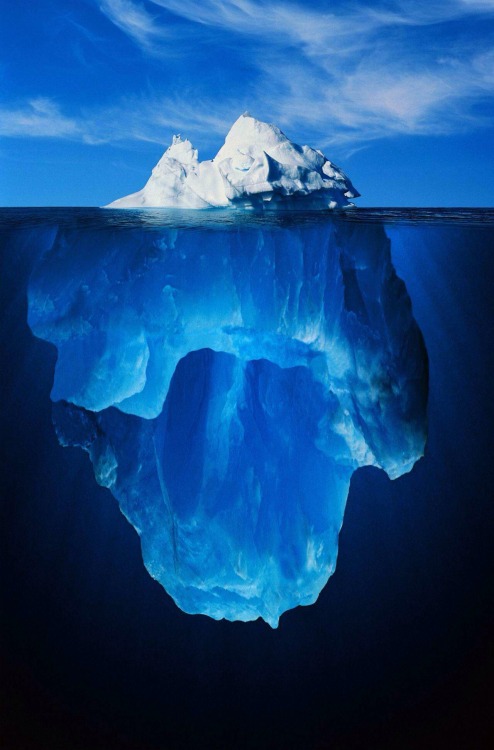 Send one (or a few) to my muse and they’ll answer:

Well… she’s a Miqo’te … so a tail, some fur, dabbles with face paint, likes messing with makeup and hair.

Kitt’s personal spaces could more appropriately be called “lairs”, privacy is a necessity for her, and she’s a self-avowed introvert.  She prefers out of the way places in less populated, natural locals. She is at her best when near the water.

Kitt’s parents are deceased and she’s an only kitten.

She has a very close relationship with the Fortemps family, and Edmont, who she considers a ‘father’

Casual love or caring simply does not exist for Kitt. She loves hard and deep and will not listen to caveats or cautionary tales. She’s hesitant about entering into serious relationships and may appear cool, distant or even indifferent. She has an immense capacity to love, but is also private by nature, with a strong self protective streak.

Kitt’s been a lot of things.

♦ THINGS I’VE DONE BEFORE : Drank alcohol | Smoked | Done drugs | Stolen | Self harmed | Starved myself | Had sex | Gotten into a fist fight | Was severely injured | Gone to jail | Used a fake ID | Gone to a party | Killed someone

Kitt’s done a lot of things, some she might even talk about.

Worries too much, critical of self and others, impatient, perfectionistic, a bit cynical and suspicious, can come across as “aloof”, can be salty if provoked, will detach and go cold if provoked.

Rules : BOLD what applies to your muse, ITALICIZE what applies under specific circumstances. Remember to REPOST. Feel free to add to the list. 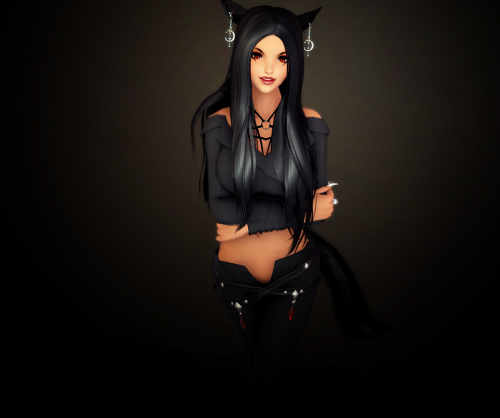 #FFXIV Prompts, #Character, #getting to know you
12 notes · See All
kittkaleen·4 days agoPhoto

“I have known her longer, my smile said. True, you have been inside the circle of her arms, tasted her mouth, felt the warmth of her.. but there is a part of her that is only for me. You cannot touch it, no matter how hard you might try. And after she has left you I will still be here, making her laugh. My light shining in her. I will still be here long after she has forgotten your name.”

― Patrick Rothfuss, The Name of the Wind 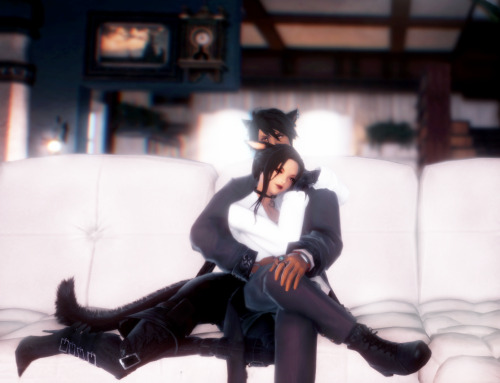