Trending Blogs
#Deceit sanders
incorrect-sidesChat
Remus: The best part of an Oreo is the cookie part, not the frosting.
Deceit: Darkness without light is an abyss. Light without darkness is blinding. There is no such thing as a one-sided coin.
Virgil: Yo Socrates, it's a fuckin' cookie.
#sanders sides, #remus sanders, #deceit sanders, #virgil sanders, #incorrect quotes, #living with the dark sides, #surce: tumblr, #i'll always be a part of queue, #food mention
13 notes · See All
shmuzzieheartVideo

So I made this drawing for an dtiys contest on Instagram (I made the other version with the more realistic shading tone after) and decided I should post it on here cuz I’m still really proud of how it turned out. I made it quite a while ago but this is by far still one of my best pieces ever. I put it in with the bright pink shading because I felt it would fit the theme better (with the rule of the blood needing to be pink)

Deceit: I could kiss you.

Remus: I would have requested to cuddle you while you get better but that would be an acceptable payment too

Deceit: I see the boys are arguing again, so how are you today?

Patton: Pretty good, still up for the double date later?

Deceit: Sounds lovely as long as we can convince these two to take a break from their spites.

Oh god I love that song-

I feel like it would go from toxic romantic Moxiety into really any other ship, but if I had to pick one, romantic Anxceit.

For the fic idea, I feel like it’s Virgil trying to get over an abusive relationship with Patton, who ended it after Virgil caught him cheating on him, and it really hurts Virgil mentally. It doesn’t help that for the longest time he’s been taking medication to help with his major anxiety. One thing leads to another, Virgil tried to overdose, and he ends up in a psychiatric hospital. There, he meets Horace (Deceit), another man around his age with major depression that is staying at the hospital. The two become friends, and help each another through their shitty illnesses. And even if they fight a lot, they’re friends, and eventually, when they get out and the years go on, they become boyfriend <3

Deceit has all the arms but he uses all of them to hug and cuddle remus :3

Warning: Blood mention, arson, dead bodies (it’s Remus, what are you expecting?), a bit of possessiveness, a little choking (I guess???), breakdown, crying, a tiny amount of making out but it’s not for long, Remus has tentacles

The side flitted across his vision and he looked closely to see Remus running, causing mass destruction and terror.

Remus’ eyes held a true animosity to them.

He looked disconnected from his humanity.

He was losing himself.

Note: I swear to goodness, if I hear anyone say anything about unsympathetic light sides, I will smite someone. This is not my intention at all, you don’t have to agree with someone and their actions to coexist and show respect. Any opinions that Remus shows are all his own fears and insecurities, not because he was specifically singled out. Ok? Ok. Good.

Doing asks on my instagram and layed out some basic info for this High School AU.

It’s all gonna go under the Sideston High AU tag, for future reference. 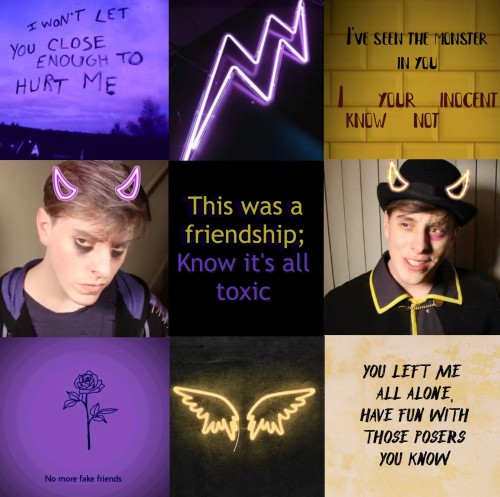 A little idea I had a while ago centred around familial Anxceit ‘cause I’m very weak for momma Deceit. Set some time after current canon, meaning ATHD.

• Virgil gets de-aged after he eats/drinks/inhales something in the Imagination, and when Deceit visits the Light Sides, Virgil clings to him. Deceit and others can’t say anything against it because Virgil is finally at ease.

• After they put him into bed, the Sides decide that Deceit will take care of him until Virgil is himself again.

• So Deceit does: spends time with him, plays with him, cooks the meals he used to make long ago and has almost forgotten.

• Others are also there, seeing him being soft and attentive and loving. Remus is unusually quiet and the only one not surprised. Logan is assured things are under control but watches the two of them carefully in case he would need to watch over Virgil later. Roman is bemused and worried - right until the moment he caves in and asks his brother about Deceit and Virgil’s history. And Patton… is very much confused and conflicted.

• But none of them interferes.

• Deceit enjoys spending time with little V so much. And he tries not to think of what will happen when it all stops…

• At one moment Roman and/or Remus find the antidote. Just in case the transition is painful, they administer it right before V goes to sleep.

• Dee is the one to tuck him into the bed, holding back the tears. Everything is going to be like it was before, and these happy weeks won’t matter anymore, and Virgil will again look at him with hatred in his eyes.

• Virgil notices he’s sad. He asks if Deceit likes only the little him.

• “No, of course not”, Deceit says, smiling sadly.
“Are we friends when I grow up?” Virgil says.
Deceit is silent for a moment, fixing the blanket over Virgil’s shoulders. “I don’t know what we are. But there’s one thing I do know.” He leans in closer. “I know that I love you very much. Kid-you or adult-you. I’ll always love you, no matter what.”
Virgil looks at him seriously and smiles. “Okay,” he mumbles, already sleepy. “I love you too. Be there when I wake up?”

• And Deceit agrees, even though his heart aches so much. He knows Virgil won’t remember any of this after he is an adult. So he stays.

• He waits until Virgil falls deeply asleep, holding his little hand, and then leaves, running back to his room, giving in to the tears.

• The day after someone knocks on Deceit’s door.

• Deceit freezes. His heart starts beating like crazy: in trepidation, in fear, in something unnameable. Virgil’s face is so impassive, Deceit can barely read anything on it but… patience? A tentative something? It’s so unnerving, and Deceit still doesn’t feel stable after yesterday, and he inhales shakily, it betraying his raw desire to cry.

• But something in Virgil’s face finally shifts.

• He mumbles, “You stupid bastard” - and throws his hands around Deceit’s neck. Deceit stiffens in his arms. Virgil just hugs him tighter. “I remember seeing you sad all the time when you thought I wasn’t looking, too distracted by a toy or others. I couldn’t understand at the time. I do now.”

• “I’m sorry things were so tense between us. I could have handled it better. I could have found another way to-” Virgil cuts off. But Deceit gets what he wanted to say. That he didn’t need to pretend he hates him to gain others’ trust.

• Deceit’s arms didn’t listen to him when Virgil hugged him. But as Deceit feels Virgil stiffen, him starting to feel bad, it’s so easy to find the strength to wrap his arms around him, one arm over his spine and another cradling his head. Virgil exhales, snuggling into him. Like a little kid… Deceit feels warm and happy that Virgil still trusts him like that.

Tag list: (let me know if you want to be added or removed)

#sanders sides, #thomas sanders, #deceit sanders, #ts deceit, #ts moodboard, #moodboard, #tw deceit, #my edit, #my sanders sides edit*, #k makes content, #deceit, #a week of content
34 notes · See All
remusownsmyuwusAnswer
Idk I have this bright yellow shirt that says "Once in a while someone amazing comes along. And here I am." in black text. And that has Deceit vibes.

I wanted to draw smth for the Scooby Doo au for a long time and this came out hah!

That’s how I see Remus and Dee in it!