We looked inside some of the posts by cammys-imagines24 and here's what we found interesting.

look at the difference, in the winter soldier poster her body is photoshopped and emphasized ridiculously while in the black widow poster she looks strong, confident and her curves aren’t heightened, nor are they the focus. 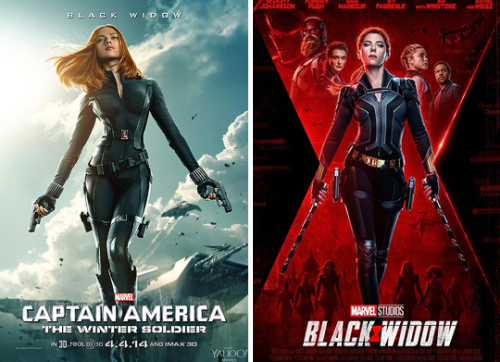 Margot Robbie photographed on the set of Birds of Prey (2020) 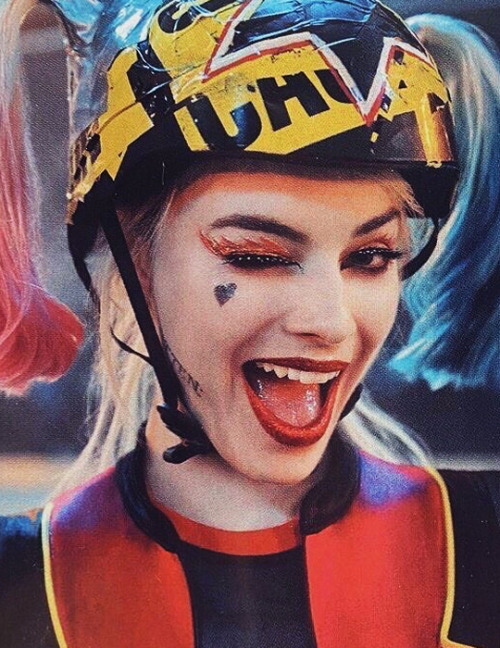 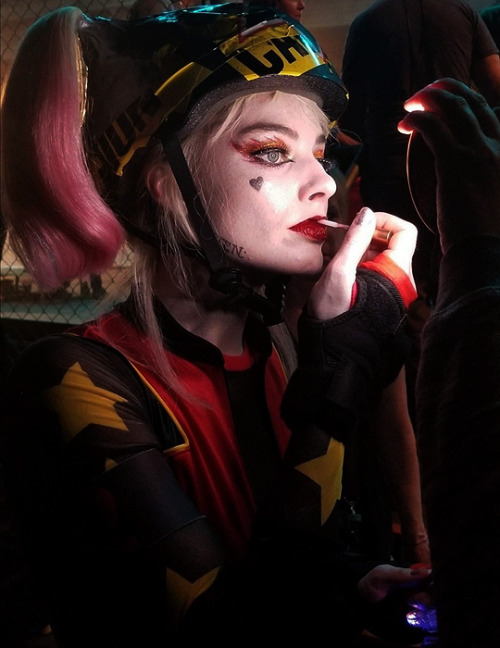 #an update#she changed the f*cking J into a siren!!!!#like gotham city sirens

#also I love this comparison, in suicide squad Harley is going around with a puddin collar basically like she’s a literal dog, a jacket that says property of the Joker, a daddy’s little monster shirt, etc. In suicide squad it’s essentially indicating how the Joker owns her. But, in birds of prey, one of Harley’s main outfits is just a white shirt with HER name on it. Because she’s her own person now. She’s Harley, first and last.

During one of Birds of Prey’s fight sequences, Harley Quinn (Margot Robbie) identifies a teammate’s vulnerability and provides a critical assist — by lending her a hair tie. This small act of sisterhood is as familiar in an everyday context as it is surprising in the DC Extended Universe. It’s one of the many ways that Birds of Prey (And the Fantabulous Emancipation of One Harley Quinn) differs from its superhero movie forebears: It not only stars women, it was made by them, too. “There’s more women in front [of] and behind the camera than any movie I’d worked on, which is pretty incredible,” says Robbie, who also produced the film. “It was partly a conscious decision, but it also always felt like the organic, right choice to make.”

—Entertainment Weekly: How the R-rated, women-powered Birds of Prey flips the bird — and the script — in high-flying style

#an update#she changed the f*cking J into a siren!!!!#like gotham city sirens

#its an early Christmas gift

D&D get fired from Star Wars, the Stark prequel gets cancelled, the Targaryen show gets a full series order and Emilia looks like an absolute goddess in the premiere of Last Christmas all in the span of one day?? HAHAHA, REVENGE IS INDEED A DISH BETTER SERVED COLD

So in less than 24 hours

No, sorry. And, I’m on hiatus for writing things and doing Imagines.

Everyone fails at who they’re supposed to be

#My fave loki saunter aside, I just love how you can tell immediately that that shield guard is tony. Without even seeing his face, or anything. Just how he presents himself, how he moves, how he laces his hands behind his back. Like, that’s tony, and I love the small details.

i think brie larson gets hotter the more men hate her

#All women are automatically more hot when chauvinistic men hate them

“Actor Robert Downey Jr. used his part of the opening keynote for Amazon’s Re:Mars conference in Las Vegas Tuesday evening to announce the launch of a new organization that is committed to using advanced technologies for the good of the environment. The Footprint Coalition, as the group is called, is scheduled to officially launch by April of 2020.”

““Between robotics and nanotechnology, we could clean up the planet significantly, if not totally, in 10 years,” Downey Jr. said, relaying that he had been given these insights a few weeks back by a roundtable of experts. “God I love experts. They’re like Wikipedia with character defects,” he joked during his talk.”

“The actor and director didn’t share any details on how the organization was going to achieve its goal, but said that even making a small dent could be the most important thing he had ever done. A website for the group went live after he left the stage, but currently features little more than a newsletter sign-up form.”

I love actors who put their money where their mouths are instead of endlessly just tweeting about it.

He really is Iron Man