joshhhhhhhhhhhhhhh
hello
Simp for Setsuna
Explore Tagged Posts
Trending Blogs
Statistics
We looked inside some of the posts by joshhhhhhhhhhhhhhh and here's what we found interesting.
Inside last 20 posts
Time between posts
5164.95
Number of posts by type
Photo
8
Video
0
Audio
0
Text
11
Chat
0
Answer
1
Link
0
Quote
0
Fun Fact
If you dial 1-866-584-6757, you can leave an audio post for your followers.
joshhhhhhhhhhhhhhh · a day ago
Photo 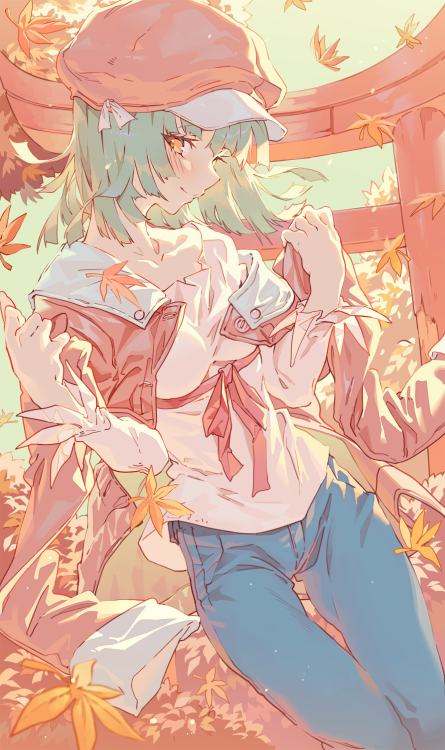 Damn Ai pretty crude actually! I respect it a lot though, love what her pen has become as well, very magcal girly.

And she has a new magic ribbon too! Given she’s retained the pen from Kurumi I hope she keeps stuff from everyone and just has a big awesome magical girl repertoire.

And here are some cute Ai shots because I love her.

Anyway, episode 2 was pretty great! I’d like to rewatch it already of course, but it was great getting a clearer sense of structure for the show and getting to meet a little bit of Neiru too. We don’t learn loads about her but she’s Ai’s friend now so we’ll get more of her I assume.

It’s also great seeing Ai open up a lot more, I’ve been describing her as a repressed genki girl in the Discord server all day since tbh she’s really quite excitable and just hasn’t had the friends to be excitable around until now. Really love it.

Ai does tell Minami that she’s saving her so she can save Koito and I think her saving someone with an ulterior motive will inevitably get her punished in some way, though we’ll see just what that is if I’m right.

There’s also the absolute hell hole that is whatever Koito’s really about and why she killed herself, there are some pretty troubling implications between her and one of the teachers, though said teacher is Momoe’s dad so I don’t know how that’ll play out, or if we’re even correct. Hard to type these posts in any significant way since I say most everything in the Discord lol.

Uh, what else? OP is nice, ED is a delight, there’s a really great sakuga sequence during the fight scene with the Wonder Killer - which is what those glitch bitches become if you leave them for long enough or confront them in some certain way. They’re described as the trauma of eggs so to steal what someone from the Discord said, hatching someone’s egg is basically forcing them to confront their trauma, though in doing so they’re able to move on so it all works out. Hopefully Ai keeps her promise to remember them all, if we get some big namedrop moment at the end where Ai’s like “Kurumi-chan, Minami-chan, and etc-chan, all of their feelings blah blah” some magical girl shit. We’ll see.

Yeah idk man. Show still good. 10 more episodes it still has to be good for.

#wonder egg priority#she said baba as in hag usually but they subbed it as bitch and tbh whatever#bitch is funnier#19.1.21
3 notes
joshhhhhhhhhhhhhhh · 10 days ago
Text

I watched Cells at Work Black episode 2-4 at 1.5x speed mainly so I could be ready for WEP at 3pm, but yo those episodes were a whole lotta fun, the end.

Alright, I need to make another post on Wonder Egg Priority, because this is one show I think you all need to be watching this season. I went into it knowing basically nothing about it; it’s an original anime, the marketing all played purposefully coy with what it even was, and I had no idea what I was getting into. And what I got feels like the love child of Kunihiko Ikuhara and Flip Flappers, with a little Naoko Yamada thrown in for good measure. It’s a surreal dream-world adventure that instantly and confidently dives headfirst into heavy themes and powerful character introspection in ways that I genuinely didn’t see coming. It’s certainly the best directed premiere of the season, and if the story can make good on all its promises, it may well end up being the outright best Winter 2021 anime period.

And you know what the wildest thing is? Its production team is almost completely new. The series director has a few credits here and there, but this is his first time directing a full-fledged anime series. The chief animation director’s only worked on a couple other Cloverworks productions prior to this. The original creator and scriptwriter hasn’t worked on anything before this: this is their first-ever anime production. Even the lead actress is a complete newbie; this is literally her first-ever seiyuu work (aside from an idol show also airing this season), and she’s goddamn sixteen. This is a team composed of fresh-faced up-and-comers all coming together to plant their first big flag on the anime landscape, and if the first episode is anything to go by, they’re actually going to pull it off. We could literally be watching the next generation of great anime creatives being born right before our eyes. That’s insane. And if you’re a fan of this medium at all, you owe it to yourself to check it out. This season is already stacked as hell, but no anime has me quite as excited as Wonder Egg Priority.

So don’t miss out. Don’t let it slip under your radar. Whether it succeeds with flying colors or crashes and burns in a spectacular trainwreck, this is going to be the anime to watch in winter 2021. Join me for this ride, everyone, cause it’s gonna be fucking great. Cells at Work s2ep2 was funny, I liked it 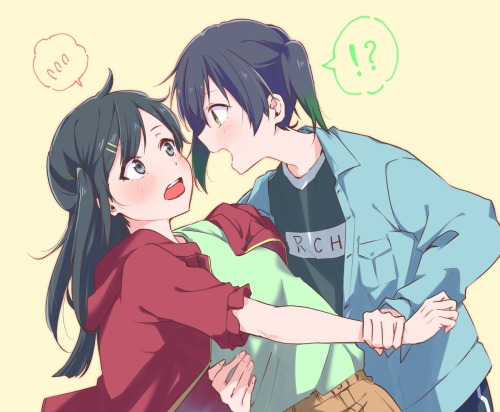 Anyway Urasekai Picnic episode 3 was quite enjoyable for the first half. I think I wasn’t initially sold on the otherside since it looks so much like our world and I wanted something that felt a bit more unique, but upon further consideration much of the horror is just in the fact that it is so similar yet houses so much horror. I suppose it’s like liminal spaces, in a sense? Not really but it’s the best I can come up with. And just seeing the pair navigate that was really fun.

But then the second half is just a mess of ugly CG and a poorly directed chase scene, such that I could never gauge the distance between characters or the size of anything, and I was really confused the entire time because of it. Doesn’t help that their designs weren’t interesting and they were sort of just “creatures that will chase you” rather than having anything more to them like some prior things. Oh well.

Wish this show was a better production than it ended up being but I’m not gonna drop a yuri series so let’s just keep it coming.

Yeah there’s a link to it on r/wondereggpriority, we’re about 200 members or so and I’m the most active by far.

None of the Beastars episode 2 uploads have been working for me btw so I might just be in Netflix jail. Oh well, I’m watching an overwhelming amount of shows this season so one thing less is actually a relief, even if it’s something I was looking forward to as much as Beastars.

My general inactivity compared to normal over the past few days is solely because of the Wonder Egg Priority server by the way, and on that note the wait for episode 2 has been feeling like the longest week of my life and I can’t wait for it to come out tomorrow. Already read preview translations, seen promo images and videos, seen the egg cipher be deciphered, director and seiyuu interviews, basically everything that is “being invested in this anime” I’ve been doing. So that’s something.