Tumgir
AboutPrivacy Policy
AboutPrivacy Policy
Visit Blog
Explore Tumblr blogs with no restrictions, modern design and the best experience.
Fun Fact
Pressing J while looking at a Tumblr blog or home feed will scroll up on the page, pressing K will scroll down. This is helpful considering a lot of the Tumblrs feature infinite scrolling.
Trending Blogs
#utena
mmatelonek
Photo 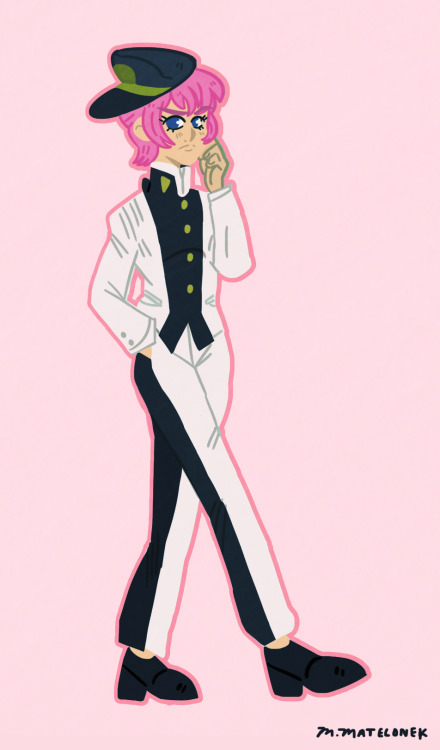 Rational brain: Revolutionary Girl Utena is a highly acclaimed and award winning series focused on a social commentary about femininity, feminism, gender roles, societial pressures on girls, and the power of female friendship/romance

Chiho saito writing the first utena manga : fuck lesbians , anthy who??? , touga is a good guy🥺, incest is canon, akio isn’t responsible for his horrid actions he was just split in 2 in a lame explanation ,I’m going to draw so much homoerotic stuff between the men even it kills me because that’s all I care about , nanami who????

Chiho saito writing after the revolution: ok so juri can be a bit👌🏻 gay but that blue haired guy is still focused, the incest is in your face now , I’m still gonna focus on the men , anthy still has no rights or agency

this is probably such a long shot, but:

if you’ve seen the 2019 revolutionary girl utena musical ‘blooming rose of deepest black’, and have a translation of any of the songs, i’ll give you my firstborn— just watched it and it was INCREDIBLE and such a good interpretation even without translations!! but it would just be nice to know a lot of the song’s lyrics and all! i doubt this will reach anywhere, but if anyone can help it would mean a lot!!!

(ft. an unsettling anthy meme i made at 3am)

me : ok but chiho saito has no rights–

chiho saito : but don’t u want to know about manga!Mamiya???? ,here’s some hints about anthy’s family ,look at all this lore that i will never answer also my art’s really pretty

I love all of you because I will post obviously bait and someone will always indulge me in asking about it. NO I don’t want to unprompted just start rambling about my opinions, YES I will share them though. I will make this as short as possible because I can talk about Utena all day. I will add a disclaimer that I don’t super like the MCU so I’m very sorry to any MCU fans, Winter Soldier was good. Slight, vague spoilers for Utena ahead.

TL;DR: MCU is constantly selling feminism in the form of palatable #bossbabes and Strong Female Characters, while Utena’s form of feminism is a more systematic and nuanced interview of how the patriarchy limits, exploits, and controls women. It posits that a woman CANNOT be a #bossbabe while she’s within that system, and only by leaving it can she find independence and identity. MCU is sponsored by the Air Force.

So for the uninitiated, Utena is a magical girl anime that I’ve been jokingly calling Evangelion: For Her. It deconstructs magical girl anime and fairy tales, and critically examines Japanese society, the patriarchy, heteronormative culture, and IN MY OPINION boarding schools. It deals with themes of trauma, toxic relationships, toxic masculinity, gender non-conformity, queerness, abuse, maturity, coming of age, gender roles, memory, and narrative.

I’ve joked recently that Tumblr would find Utena problematic if it actually talked about the show beyond the killer aesthetic and sword lesbians. Every female character in it is obsessed with men. Most of them are in abusive, or at least toxic, relationships. It has several gender nonconforming, queer women, who view gender nonconformity as adopting the role of a man in society and thereby idealizing/controlling/abusing women, as men do. Every character is a hugely complicated person who hurts others. Men control women and women are either subservient and controlled by men, or they use their position of assumed subservience to manipulate men, or they attempt to regain power by taking the role of men.

On the flip side. Utena demonstrates how every character is turned into this through the rigid and restrictive nature of (it’s Japanese, so Japanese, although it’s broadly applicable) society. Women who do not fit into these pre-set molds are punished and ostracized. Young boys are groomed by older men in order to fit these abusive molds, and otherwise well meaning men hurt women because they are not taught how to interact with women in healthy ways. The show is basically about how society takes the genuine need for love, intimacy, and human connection among children and beats them into societally accepted molds that keep power in the hands of powerful men. The patriarchy is ultimately a tool of powerful men that abuses and controls both men and women. Ever hear of no ethical consumption under capitalism? Try no ethical love under the patriarchy!

So, no, Utena doesn’t really have a lot of ‘strong female characters’. But that’s really kind of the point - how can a woman be strong in this system? When a woman tries to gain strength, does she just try to imitate masculine values that we’re brainwashed into perceiving as strength? Is masculinity healthy? Can Utena really be gnc, or will a gnc woman never be accepted as a man by a society that profits off the victimization of women?

I’m not asking the MCU to analyze all of this, because they’re blockbuster movies and I don’t want or need them to get #deep. However, superhero movies will never look at the systematic and societal structures that build heroes and villains so long as the nature of superheroes inherently hinges upon the ‘Great Man’ system (basically an obsession with heroes and salvation through singular men instead of communities and movements). The MCU Spider-Man movies were so frustrating about this: it goes through the effort of saying that capitalism and injustice created the Vulture, but all that does is make a sympathetic villain - it never goes so far as to say that Peter is being fed into this system (by Tony Stark) like meat into a meat grinder that continues to prioritize the special over the collective. I don’t even need to get into Far From Home. The MCU constantly acknowledges these injustices (the way it acknowledges that the Air Force in Captain Marvel is sexist and racist) but it twists around that acknowledgement into assertion that superheroes and good guys CAN exist in this unjust system, and that they can utilize the power of this unjust system in order to provide salvation. Utena has Japanese Buddhist roots over this Christian ideal of the saviour/messiah: it encourages saving ourselves, and says that we cannot be saved by others, only aided and guided in that journey.

Captain Marvel cannot be a ‘feminist’ film, no matter how much it celebrates Carol for embracing her individuality and autonomy in a discriminatory system, so long as Carol remains within that system. In contrast, the only way that Utena was able to live in gay happiness with Anthy was by rejecting the patriarchy, structure, and society completely. Carol is a shining, premier, ‘ideal’ example of a woman in the Air Force - tough and independent yet obedient and responsible to her system. Utena is also masc and gnc, but it actually explores how performing that masculinity isn’t a repudiation of the system, it’s just striving to attain status as the oppressor instead of the oppressed (absolutely crucial note that Utena doesn’t strive to be a man, she strives for masculinity). The #girlbosses in Black Panther are characterized by their complete and total loyalty and lack of ambition to authoritarian male figures and autocratic systems (Black Panther is really good and I like it a lot, this isn’t a criticism). Judi in Utena is also completely obedient and loyal to the male-dominated structure of the Student Council, but it’s shown as preventing her from accepting her lesbianism and pursing her desires. Black Widow, #girlboss extraordinaire, is devalued as a woman through her infertility and this is completely played straight and uncritically in a move that’s stunningly 1970s. Nanami in Utena (metaphorically) is confronted with her perceived lack of suitability for maternal life - and how the reason why she’s desperate for this is because it’s the promised unconditional love she never received. This isn’t even getting into the men - Tony Stark using tools of war to end war, which is an oxymoron. Peter Parker’s divorce from his working class roots into mindless imitation of authoritarian paternal figures and him literally being handed the cutsey drone strikes. Women in the MCU are ‘cool’, women in Utena are complex, flawed, and nuanced.

We know the MCU isn’t woke. I don’t want it to be woke. But it keeps on pretending to try and it’s frustrating me. It continually just gets enough there to make me think about it and give the shiny sheen of that feminism while refusing to engage meaningfully with what they’re doing. I’d rather they didn’t try at all, because they consistently raise the question (hey it’s fucked up that the working class is getting screwed over and the Vulture’s doing what he’s doing for a reason!) and then refuse to answer it authentically or genuinely (but he’s evil so we don’t gotta touch that). I’m not gonna use the word pandering, but…that #girlboss shot in Endgame, come on…

Utena meaningfully treats the women as women who Live In A Society, and how that fucks them up, and how the only way they can be free is if they realize there’s no wizard behind the curtain, recognize the injustices, and repudiate the game. MCU says that a woman can be liberated and strong if she achieves specialness and strength within the system - if she ‘wins’ the game. But women don’t win this game. That’s the point of the game. Because when women win, men perceive themselves as losing, and that’s unacceptable. Captain Marvel and the MCU is a consolation prize for what women are consistently denied: complex and flawed characterizations.

I’m normally uninterested by #feminism but Utena gets it. Thanks for the ask!