… hey, so… who’s ready to watch as Ruby finally breaks? Because I don’t know if I am!

Kali and Summer loves to pamper Oscar and Oscar always return the favor by giving them massages and he knows how to give them the best massages. Oscar also cooks for them and they always love it but in night they “take care” Oscar. In the morning Kali and Summer join Oscar in the shower and wash him up in their own way.

Even though Yang and Raven act tough. They are actually pretty soft and the only person who they show it to is Oscar. Everytime they have problems they talk to Oscar. Oscar always helps them out and the payment that Oscar wants is cuddles but sometimes they pay with their own “way”.

Me: Man, it sure would be cute if Ruby or Penny incorporated or wore the other’s colour somehow!

Ruby: *Outfit currently stained green with Penny’s blood after carrying her inside after she crash landed like a bloody meteor*

Penny: *Has red eyes to indicate her being hacked and being forcibly denied her bodily autonomy and personal agency, which is going to be an incredibly traumatic experience for her* 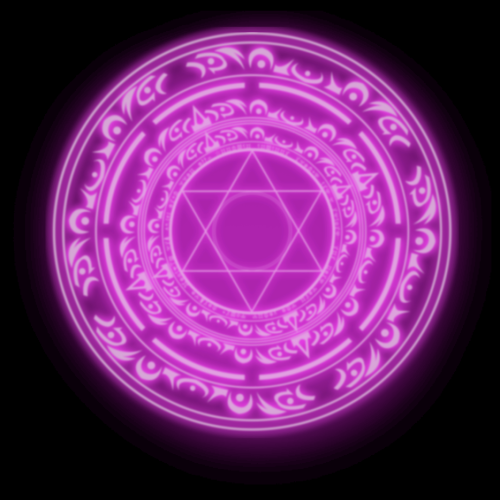 Yes this was going to be angst. No I can’t bring myself to draw that at the moment, lol. I hope you enjoy it nonetheless. 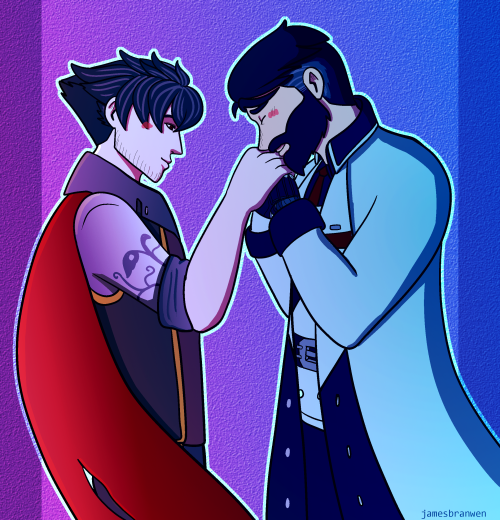 The Cat, The Composer, The Hunter, and The Fire!

Last image is all of Team NYON together!

Here is all the NYON EPS!
https://www.youtube.com/playlist?list=PL1u5uBD1etz1ryoix3zaN2O0DWKuRFrFA 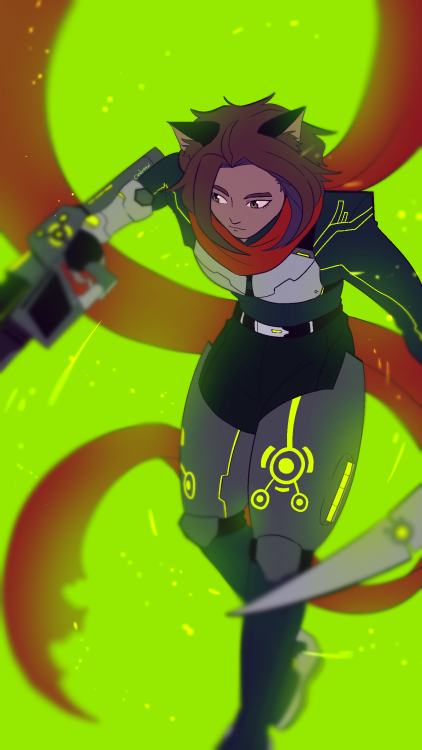 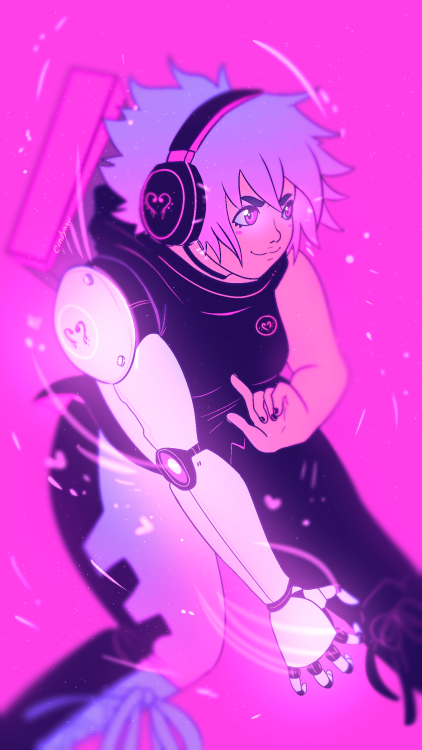 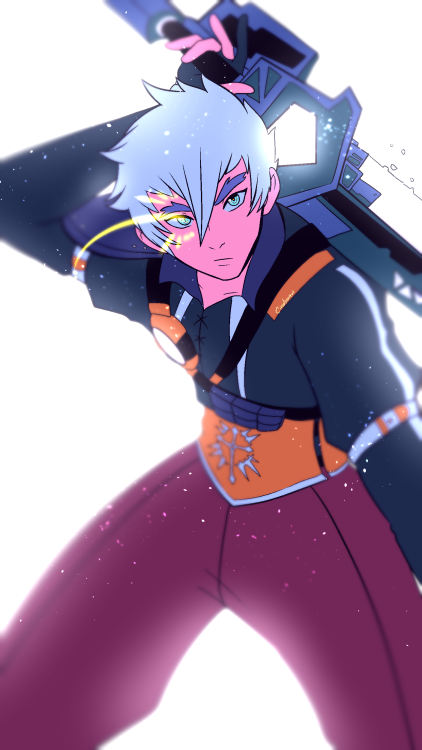 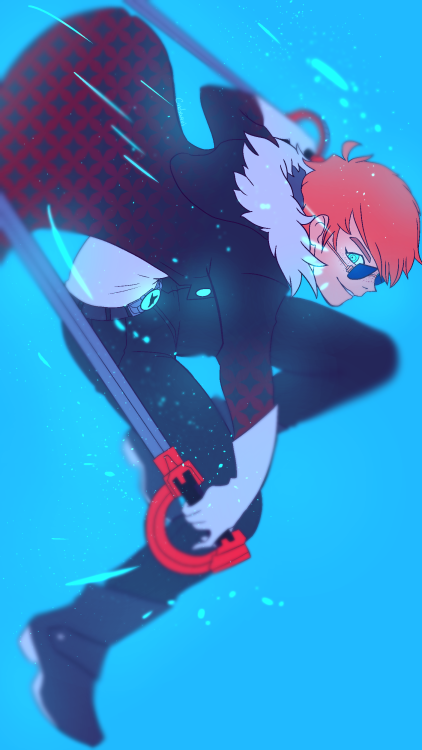 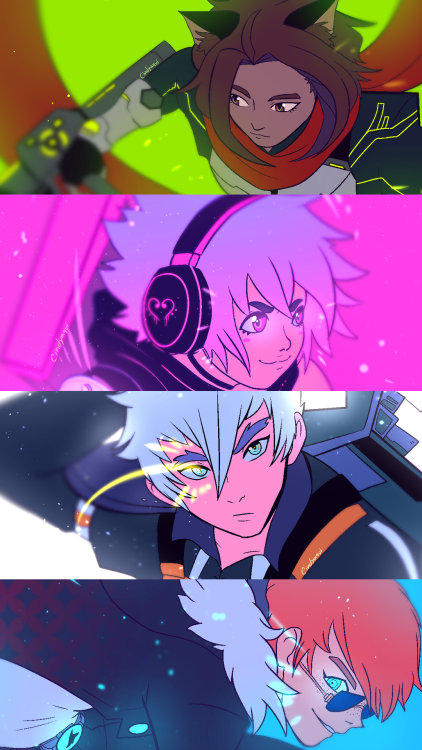 This is a masterpiece, and I’m not sorry for what i have done

Something really bad is finna happen to whitley i just feel it, like REALLY REALLY BAD…..

So recently I’ve been messing around on this site making Emblems for a few for my friends for their Ocs on the Oscar Protection Squad and I decided to make some random ones and post them here.

Anyone who wants to use them for their own OCs, just save it tell me which one you want and I will edit the post, cross it off so no one uses that emblem but whom ever claims it.

( my lovely rp friend just the viking au was awesome and I just here ! )

I caught up with the first half of RWBY volume 8 recently after ignoring it since the frankly devastating end of volume 7 and figured I’d just put out some thoughts I had about where this might go.

The end of volume 7 had Ironwood really digging into his fairy tale allusion, albeit in a reversal of the source material (like Lionheart despite saying he wasn’t anything like Lionheart lol), so I’ve been thinking a lot about the development of major characters in relation to their fairy tale inspiration. With only a little bit of hiatus left, I’d like to share my thoughts on Penny.

At the beginning of volume 8, Penny is grappling with trying to make a bunch of decisions for herself and coming into her own as a person, but gets interrupted by the whole hacking schtick. We know this is going to be a major point of the next half of the season, and I propose that a hacked Penny is going to eventually open the vault and, after some emotional scenes of Penny trying to fight it off, as one does in this trope, someone (I think Pietro with some consequences connected to the warning about his aura last season if the staff has restrictions like the lamp) is going to use the staff of creation to stop the hacking by turning android girl into human girl (just like the story *shocked pikachu face*).

I don’t think this is a particularly original idea. One could even argue that the ‘real girl’ thing was already covered in Penny becoming a maiden in the first place and this is just overkill, but this scenario would be an interesting parallel to Ironwood’s development at the end of volume 7.

Ironwood loses a limb (“take my hand~” I see you Hero lyrics) that later is replaced with metal and becomes essentially a military dictator. He no longer trusts others to make decisions, so he takes over and is willing to sacrifice any and everything to win including his morals. On the other hand, Penny’s arc based on this theory would end the volume with her having to trust someone else to save her and losing the metal. However, the metal in this case is nothing as cliche as a symbol of a lack of trust or emotion, but is instead a metaphor for their relationship with their identities. Even though it’s a gain vs loss of metal, they would both mean the same thing: a loss of identity, abstractly in Ironwood’s case since he is giving up his beliefs for the slim chance of a pyrrhic *wink* victory and literally for Penny cause it’s literally her body, as a consequence of two opposite approaches to trust.

Then 'what’s the point?’ you might say. You trust people, you get burned. You don’t trust people, you also get burned. I would argue that is exactly the point. Trust is a heavy thing, as we know from Oz keeping secrets, but whether it fails or even succeeds (“fear that we might fail, fear that we’ll succeed” - I really love this show’s soundtracks) the important thing is how you deal with the fallout. This also extends to Ruby’s decision to hide things from the Atlas crew all the way at the beginning of volume 7; if all this goes down (presumably with the giant whale being repelled somewhere in the background), the final volume of the Atlas arc (or maybe the first of the Vacuo arc cause I’m not too certain if this is going to be resolved with the current pacing) is probably going to have to grapple with the uncertainty of where do the heroes go from here after dealing with the crisis (the “succeed”-ing), how do they cope with the consequences (from a “fail” that we have yet to discover or simply the mistakes they made from the start), and exactly who will our characters be at the end of it all. We are looking at another round of character introspection similar to after Beacon, and Oz will be leading the pack since he’s got a bit of a head start on the whole “my relationship with trust has come back to haunt me, what do?” to the point where he literally hits all these beats in his speech at the end of volume 7.

This theme could be applied in more detail with the other main characters in the midst of identity crises (Nora pls wake up soon) plus any possible Salem deserters planning to join the team *wink* *wink*, but I liked the idea of connecting this to Ironwood and Penny cause of the parallels and my theories for the rest of the volume. This overarching stuff still applies even if my theory is wrong since we still have examples of characters misplacing trust and thus putting into question their entire identity, eg. the new Ace-Ops (thanks Ren) re:Ironwood, but nothing as concrete and dripping in symbolism as the whole metal body parts metaphor reversal.

Tldr: a post about Penny possibly becoming a real girl via magic staff and how it would fit the themes of the show from the perspective of Ironwood’s descent to tragic antagonist

#rwby#penny polendina#james ironwood#pietro polendina#ozpin#get it? pyrrhic#it's just like beacon!#pyrrha had so many death flags#good times#overzealous analysis#hot take: rwby soundtracks >> rwby plot#in my heart that 'provide' for 'loved ones' line in Fear is for Pietro and Qrow#best parental units in remnant#ironwood > tin woodman > wood puppet > metal puppet > penny >#it fits!#i took those 'in this essay' hot takes and did an actual essay#am i winning?#if this is a mess please ignore i should be writing a thesis not theories#on that note i really dont want ironwood to die#live dammit and face the consequences of your actions#me @ every yakuza series antagonist as well
0 notes
dragonkings444
Text

Jaune is a fan of rap and rock music due to the influence of his grandfather and his second older sister.

Ruby: “Oh Jaune!” *holds her blushing face* “We couldn’t possibly do that before marriage.”