Hello hi this took forever. I think it looks a’ight tho. They’re both cinnamon rolls either way. uwu 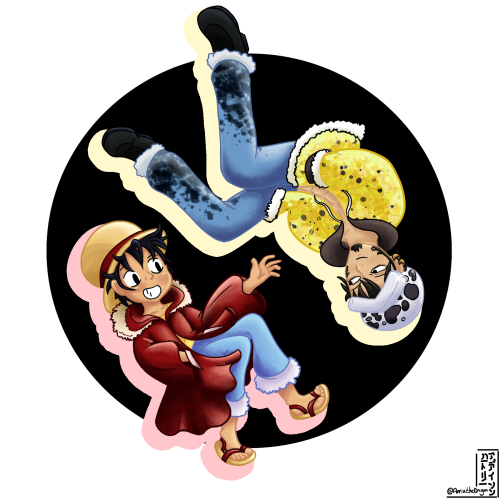 Are they trying to sell me a casual version of Mingos Outfit? I think they do. 👀

#one piece, #donquixote doflamingo, #mingo, #luffy calls him that, #don't blame me, #shein, #funny ad, #they've been watching me
2 notes · See All
xfangheartxText

I don’t know why I’m still so hesitant to watch One Piece: Stampede. I know a lot of people said it’s amazing.

Maybe I’m intimidated by it?

#one piece, #one piece stampede
4 notes · See All
gildedmuseText

So, tomorrow, now that I’m no longer dying at home or a hospital (fancy!) my goal is to write and actually take proper, in order screenshots.

I mean I’d promise but what could be truly worth so much to me that such a gesture would mean anything.

Really hard to think of anything I VALUE that much.

Unless…. Nah, swearing on swords is really his thing. It would feel weird.

Oh! His every single expression. Yeah that’s makes so much sense.

What do you mean was this just an excuse to post Zoro pictures?

THAT is the purpose behind this whole Tumblr.

#roronoa zoro, #personal, #things no one will care about but me, #and also some zoro!, #one piece
1 notes · See All
anniedeodairText

I reopened the Sims 4. I had quit the game months ago when Luffy and Law were dating. I decided it was time to move them together and finally Luffy left his brothers Ace and Sabo’s house and moved in with Law!! This is the first day of their coexistence and they have already done many crazy things.

Look! The Adult Strawhats Can Do Planning!

Although, to be honest, Law has a couple of questions about it. Or, well, about certain aspects.

Hey, back off, Law! Sometimes things just go awry. I’m sure they did everything humanly/cyborgly/skeletonly possible, okay?

See, even willing to work together like the mature, reasonable adults they are and-

Oh, wait, no, okay. I see what happened here.

Well, maybe it’s not that serious…

New life goal. Be half as confident as these ridiculous samurai.

“Welp, almost died like five times and like a week behind everyone else but, hey, finally made it! Perfect job as always!”

“Probably just how they announce to everyone how cool we are!”

“Good point! That does make the most sense after all! We are awesome!”

#one piece, #sir crocodile, #impel down, #one piece anime, #gif, #my gif
2 notes · See All
birthday-hellText

hmm… perospero seems to be very on board with her way of doing things, collateral damage aside. it probably doesn’t hurt that he’s the oldest child and so in kind of a position of privilege relative to the others. and amande appears to share her sadistic streak.

i feel like a lot of the charlotte siblings don’t get enough screen time to get a good idea of how they feel about their mother and family, but honestly just given how many kids she has i’m sure some of them do agree with her. it’s hard to say, because obviously most of them act very much like they agree fully with her and her way of doing things, but when we see inside the heads of a few of them later like pudding and katakuri we see that’s not the case. it’s hard to say how many of them are genuine, we just don’t have enough information.

(also, i already answered the other question in another ask, but my favorite is probably katakuri closely followed by praline.)

Revisiting one of my favourite subjects, Zoro and sanji enjoying a domestic moment 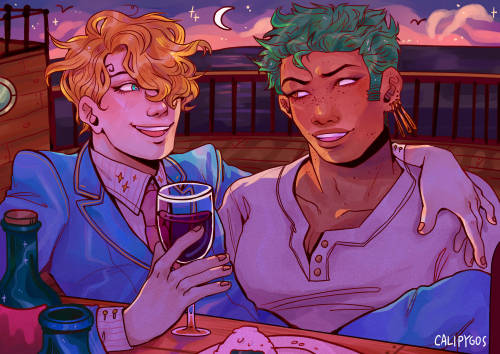 My second addition to the One Piece of Summer Challenge hosted by @doctorgerth and @laws-yellow-submarine ! Check out their pages for lots of great content!

It wasn’t often that the Strawhats and Heart Pirates actually got together. The two crews were allies, but Law tended to trend lightly when it came to uniting their crews. Why? Well the reason was currently about 50 feet in front of him. Every single time the two crews got together it brought nothing but trouble. And multiple visits to his infirmary. Especially when those two got into it. His eye twitched in annoyance as the green haired man slammed his forehead into his shipwright’s. Something stirring in him as he realized the swordsman was far to close for his liking.

“Say that to my face you white eyed freak!” Zoro snarled in Aurelia’s face, their faces so close together that their noses were brushing.

“You wanna go, kiwi head?!” Aurelia roared back, fingers twitching to use her devil fruit.

“Bepo!” “Chopper!” The two threw their heads back and screamed at the same time.

The two quieter individuals flinched hard at the sound of their names being called, peeking out from behind a palm tree they had been using for cover.

“Y-yes?” Chopper stuttered as tears ran down his cheeks.

“Set up the net.” Zoro and Aurelia ordered keeping their eyes on each other before stomping over to opposite sides of the beach.

Law watched with weary eyes as Aurelia stormed his way, tugging off her swimsuit cover and tossing it to Shachi, “Aurelia-ya…”

But she ignored him, to fueled by her competitive nature to notice the look he was giving her. Shachi caught the cover and yelped when Law threw him a glare. The Captain definitely did not approve of her swimsuit of choice. To much skin. Way to much. He would deal with that conversation later though. Even he agreed on the side of caution when she was this fired up.

The woman grabbed the bottle of saki out of Jean Bart’s hands and took a long swig. When Penguin tried to intervene she flicked her finger and a small rock gag covered his mouth. Law sighed and moved to help Penguin while keeping his eye on the pissed off shipwright. The man desperately clawing at the rock to pry it away.

On the opposite side of the beach Zoro was glaring hard enough to kill at the back of Chopper and Bepo’s heads. Stupid woman. Stupid stupid woman. How dare she even hint that he would never beat her in a game?

“What’s the point of playing with you? Whether on the same team or nor you’re just going to lose… After all, aren’t you best at losing your way?”

He was going to show her one way or another.

“Yo, Zoro! Kick her butt!” Luffy laughed as the net was finally set up, Bepo and Chopper scurrying away.

“You got this, Aurelia-swan!” Sanji cheered with heart shaped eyes. (Eyes that Law was desperate to separate from the blonde Cook’s head if he didn’t remove them from her.)

“200 on Aurelia.” Robin spoke calmly while sipping her tea.

“Um, Captain?” Shachi gulped as Aurelia and Zoro now stood on opposite sides of the net, “This is going to be another bloodbath isn’t it?”

Law didn’t have to answer him. They all already knew. Law gripped the bridge of his nose and groaned, trying to remember if he had enough gauze. Had he remembered to replace it after the last meet up? When the swordsman and shipwright had gone head to head over golf? He honestly couldn’t remember. He was knocked from his thoughts when Brook tossed the ball in the air. Green and purple clashed as the two tried to slam the ball down on the opposite side.

The sound echoed so loudly that it created a shockwave nearly knocking several people off their feet. Though it did successfully blow away Ussop who screamed in terror as he was flung into the sea.

Some memes I made while chatting with the lovely @misc-heacanons

#Buggy the clown, #Donquixote doflamingo, #Smoker, #Caesar clown, #One piece, #You can feel the crackheadness radiating off me
7 notes · See All
its-honeycatPhoto 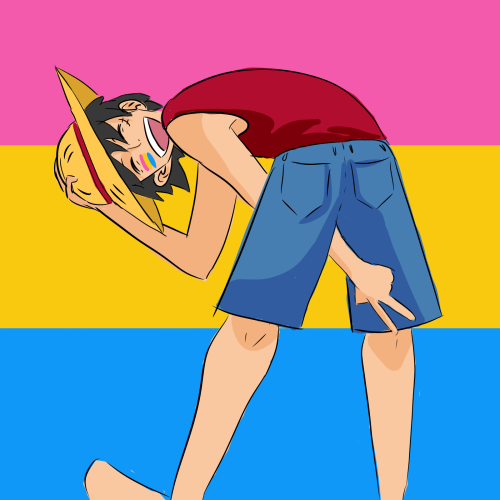 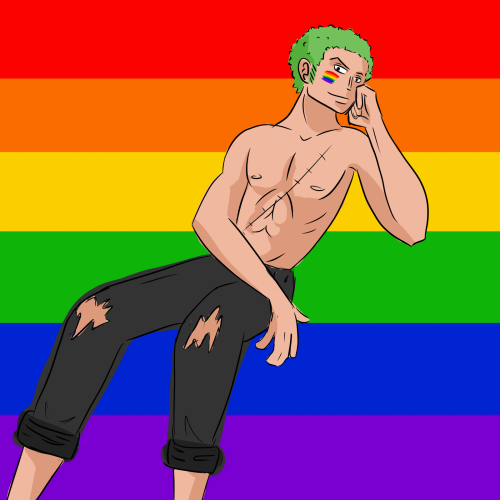 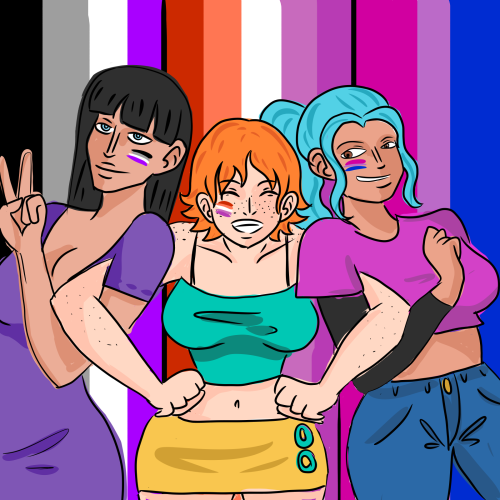 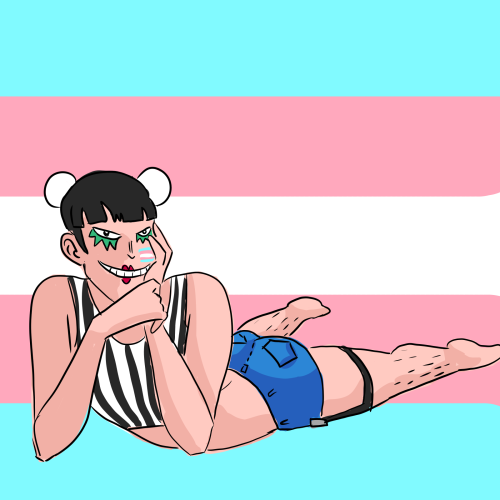 🌊One Piece Commission of Nico Robin from @levinea-yuuki  🌊 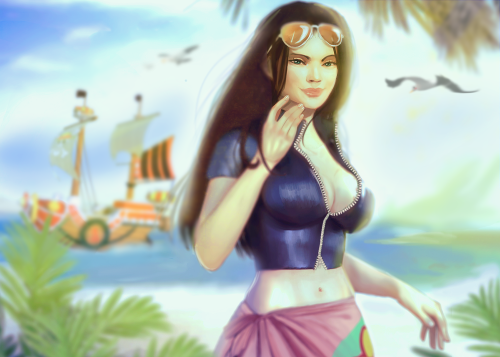 Eustass: Sure sex is great and all

Eustass: But have you ever had a really good sandwich made by your amazing boyfriend who you may or may not be planning to marry but have to wait for the perfect opportunity?

Eustass: I don’t think so