Tumgir
AboutPrivacy Policy
AboutPrivacy Policy
Visit Blog
Explore Tumblr blogs with no restrictions, modern design and the best experience.
Fun Fact
Pressing J while looking at a Tumblr blog or home feed will scroll up on the page, pressing K will scroll down. This is helpful considering a lot of the Tumblrs feature infinite scrolling.
Trending Blogs
#taylor swift
beautifully-uunfinished
Text

is it just me patiently waiting for the lil nas x and taylor collab? 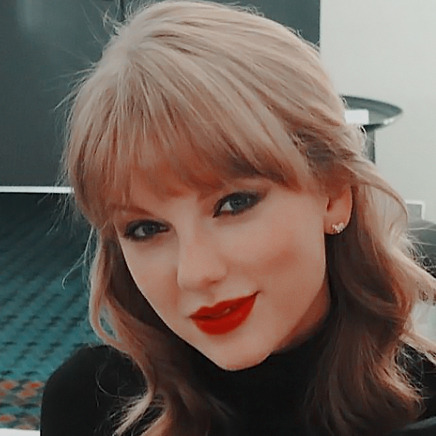 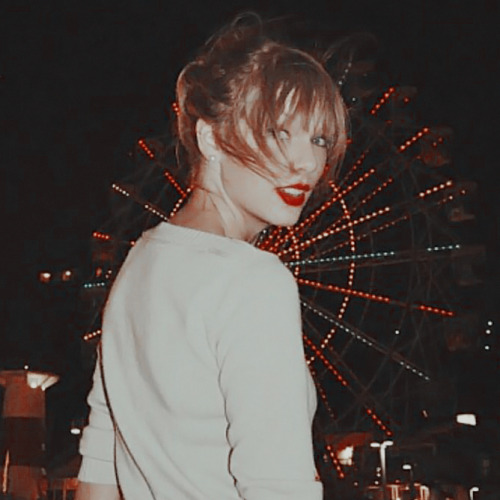 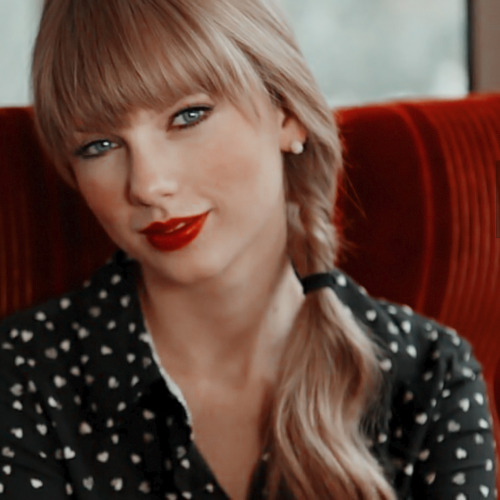 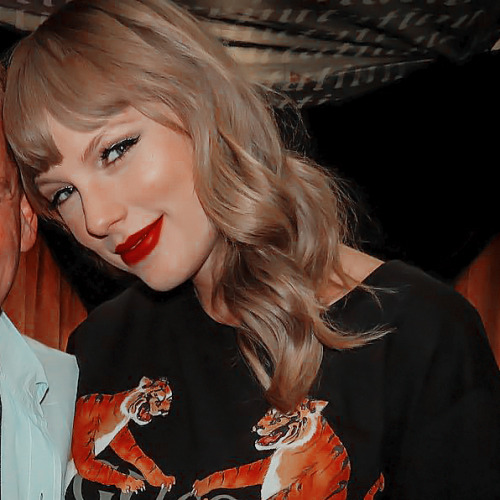 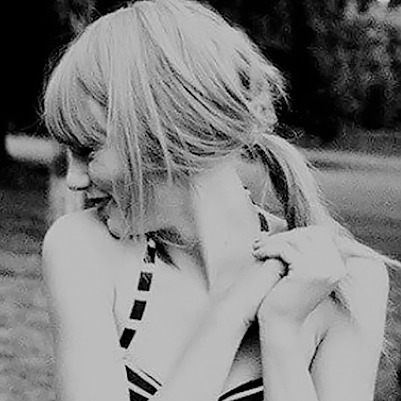 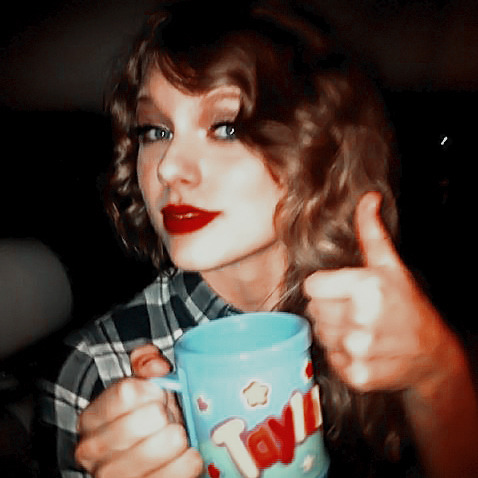 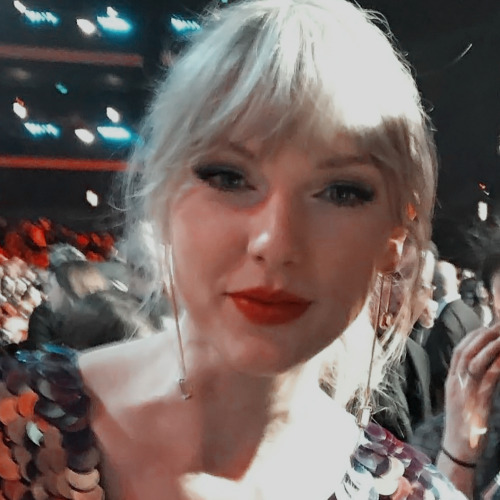 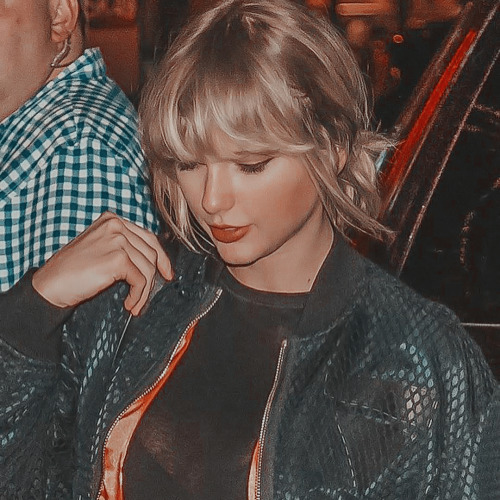 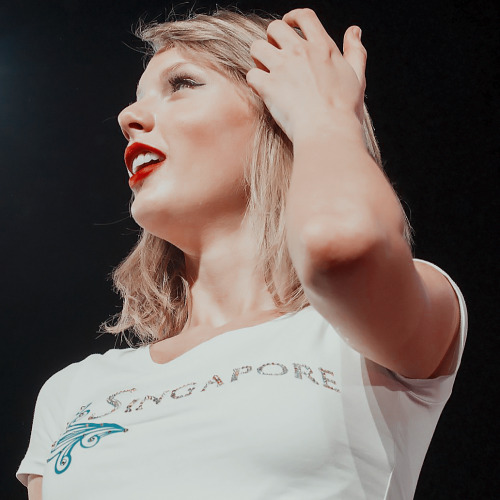 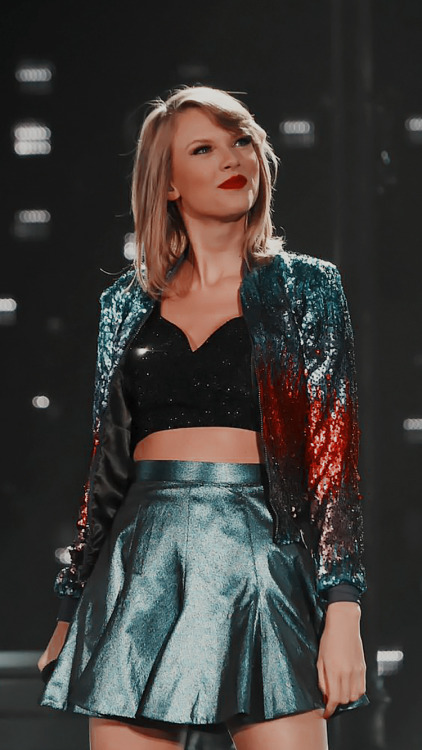 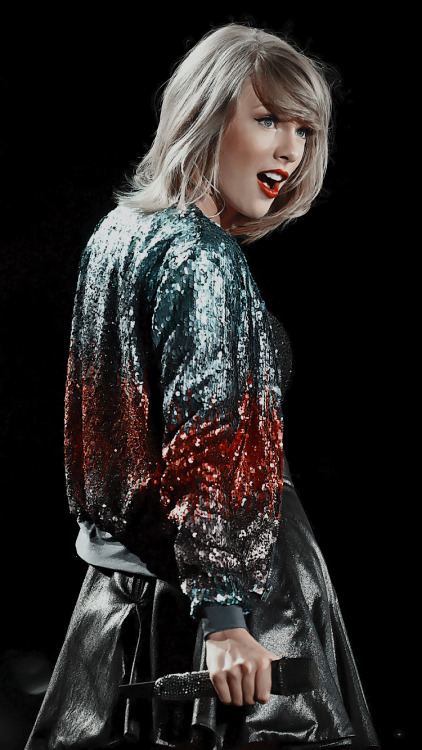 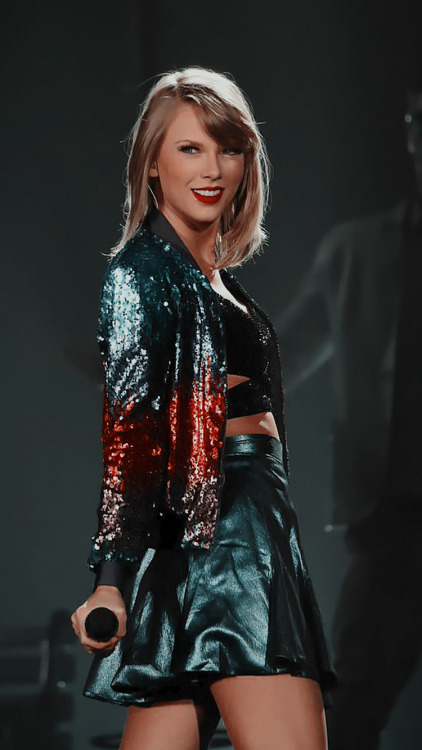 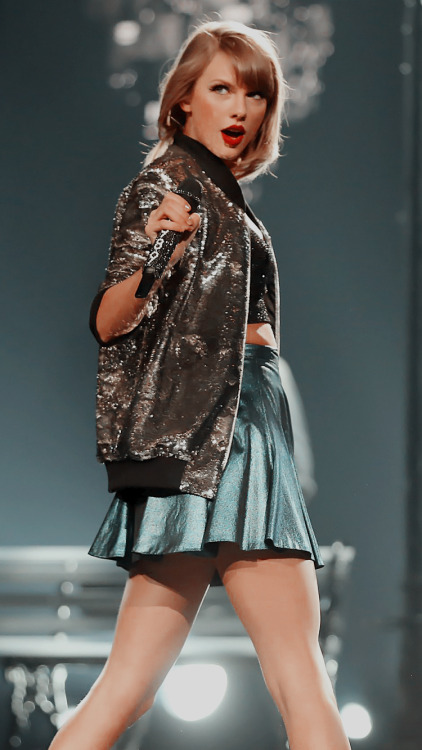 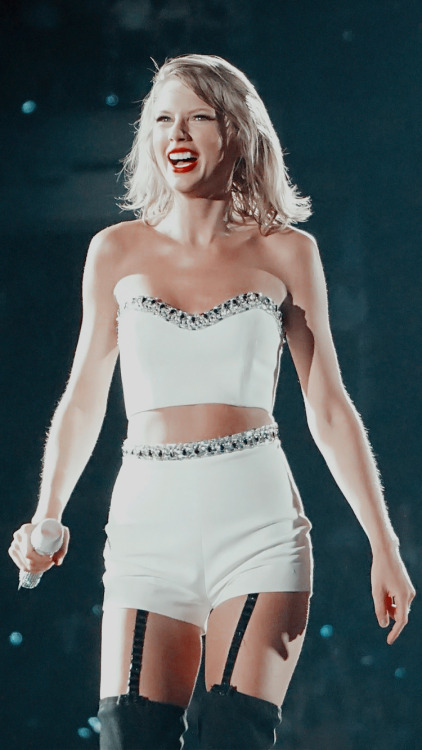 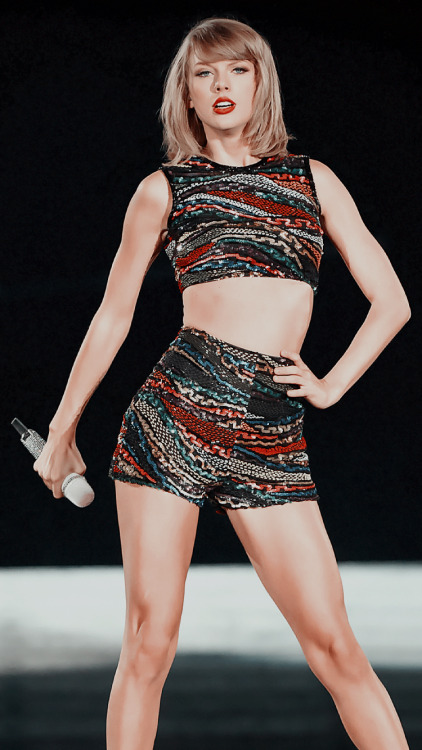 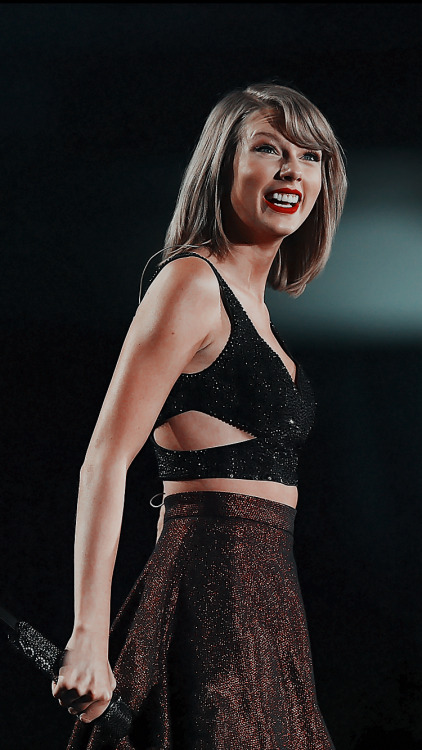 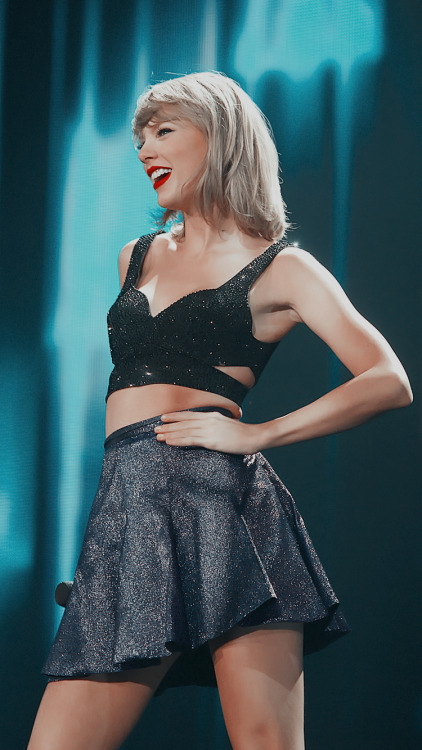 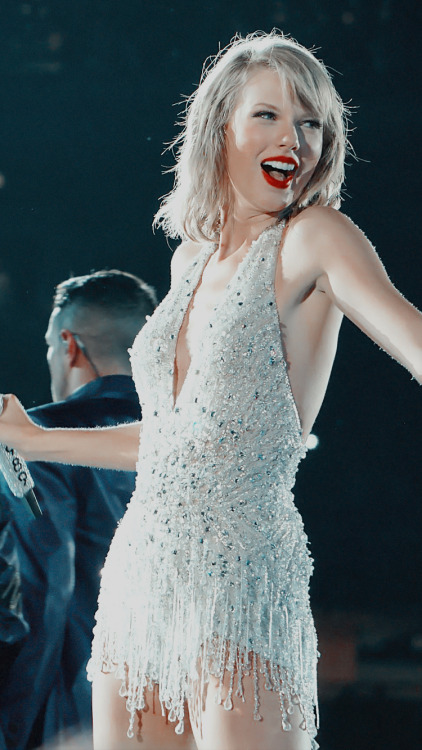 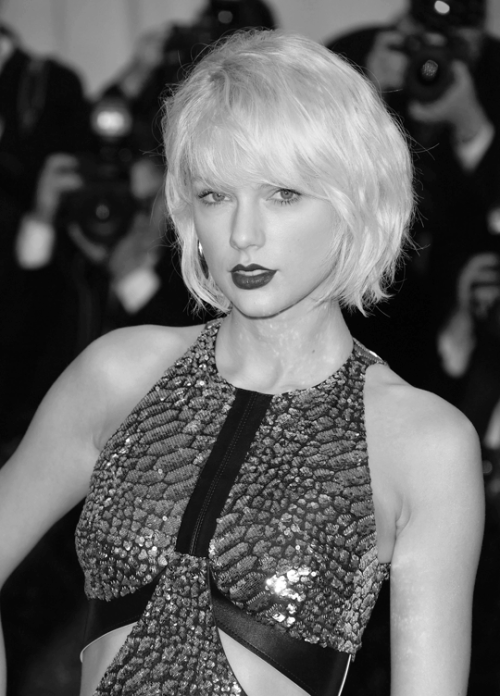 The definition of “champagne problems” is that this expression is used to refer to a problem that’s insignificant… worthless, compared to so many other worse situations (such as world hunger, wars, a pandemic).

My view of this song is that Taylor used problems she experienced involving marriages that, at first, seemed to have ended her world. But even though they were troubled moments, she realized after a while that they were not so bad compared to so many other problems in life.

The song portrays 3 times that Taylor was personally involved in thing relative to weddings. 1) The wedding blow that KK had to participate in (white letters); 2) Once Tay refused a marriage proposal (red letters); 3) Confirmation that Taylor and Karlie are married (yellow letters).

That’s what happened after Karlie told Taylor personally about the marriage maneuver. What is obvious, at first, must have triggered a HUGE fight between them.

This is Taylor’s reaction after the news. She seems to have been shocked and then they fought. Tay returned her engagement/wedding ring to Kar. And apparently, after KK left for some other home their, when Tay was calmer, she seems to have realized that she wasn’t the only one who was suffering from what was going to happen, and Taylor kind of regretted having “dropped” Karlie’s hand at a time that must have been one of the most distressing in her life (can you imagine how terrifying it must have been for her? Probably KK must have been “cornered” to participate in this scam and thought that because of this, she would lose her fiancee/wife). Taylor then realized that, in the grand scheme of things in the world, this was nothing more of a “champagne problems” compared to so many other things that they, or even people close to them, have already gone through in life.

Karlie told the family everything that happened, the future wedding coup that she would have to do, the fight with Taylor and nobody was happy with what would happen. I think Kaptain Kimby got drunk with sadness that the girls were in that situation.

Taylor is recalling an ex-girlfriend’s proposal that she once refused. And talking about the reaction of people close to this ex who commented that Tay’s refusal was nothing big. Just a silly “champagne problem”.

I don’t know if you capture that same vibe that I do, but the first times I heard this excerpt, it seems that the person who is proposing marriage is someone who is always surrounded by friends, someone who is the center of attention of the group, a person popular. It also seems that this ex-girlfriend took it for granted that Taylor would accept her engagement proposal. And after being refused, the girl wanted to know why Taylor had said “no”, but Tay did not know the reason for her negative response to this proposal. Taylor just knew it was “no”.

This passage is the most interesting and revealing to me.

“Midas touch” is an expression used to refer to someone who can make something prosper.

Chevy is short for Chevrolet, the famous car brand. Do you know what awards Chevrolet sponsored in 2017 and even had a commercial with Luke Bryan? Link

The 51st CMA Awards. The one in which KK participated and presented the music award of the year, which went to TS’s “Better Man”. That is, Taylor thinks she only won that prize, because KK was presenting and brought her good luck. And I believe that Tay put this moment here, to try to show us, when more or less this fight because the wedding blow happened. Sometime in 2017. OMG! That woman’s mind… 🤯;

Taylor reveals how her insecurities were on edge when she made a joke that she was crazy. Because after so many people said that to her, and other bad things, Tay believed them for a while (pre reputation period);

She also talks about how loyal and true their friends are, and that, from that moment on, they could no longer say “our friends” (feud’s public narrative was in progress) and soon these friends will be decorating the corridors (the friends will participate in the fake wedding to try to give credibility to the coup) that they’ve already crossed;

Taylor mentions the two stunts, and how she was never ready for that to happen, despite knowing that this blow was coming;

Once again, Tay remembers the refused marriage proposal, now justifying to the ex that sometimes, all you know is that you need to say “no”. Until you meet the right person who will make the proposal;

Taylor remembers again that she was called crazy for having refused the proposal and consoles her ex-girlfriend, saying that the ex will find the real thing, from experience.

Taylor reassures that there’s still hope for her ex to find the one, her true love. That special person that will be there to collect/mend your “pieces” when you’re broken. Just as Taylor found Karlie. And when that person arrives, Tay’s refusal will just be “champagne problems” in ex’s life.

In other words, the main theme of the song, talks about how, at certain times in our life, there’re situations that seem to be the worst thing that has ever happened to us, or that is going to happen to us, but then you realize that it was a “champagne problems” compared to so many other worst realities in the world, such as the pandemic we’re experiencing, for example. And Kaylor is still together.

P.S.: I only came to the conclusion that this disagreement occurred in 2017, after I tried to think of a time when Taylor was using a “flannel cure” + a moment of prosperity that occurred in November + and that Kar was present (since Midas is associated to gold, and the gold color is attributed to Karlie). It was then that I remembered the video of Tay watching Kar giving a CMA award for “Better Man”.

And despite this disagreement, because of the marriage scam, it seems to be, and maybe it’s classified by the girls as, the worst fight of their relationship, I think that they never ended it. I think they probably fought for a few days. But they didn’t go to the extreme of finishing their relationship.

As soon as I started peeking at the fandom in 2014, at times, some Kaylor blogs would comment more frequently on questions regarding Taylor’s possible ex girlfriends, or direct people to blogs that specifically talked about the subject or a certain “ship”. I confess that I was never interested in knowing about the subject and, therefore, I never entered these blogs to learn more.

So, about the identity of the ex-girlfriend who had her marriage proposal rejected by Taylor, I believe it’s Dianna Agron.

Because someone commented to me about it once (in person), and I remember reading it a few times, on a kaylor blog, that the Swiftgrons (is that how you write it?) believed that after many comings and goings in their troubled relationship (apparently toxic), and full of betrayals by Dianna (I’m not sure about that), at a time when they were separated, Dianna in a final attempt of Taylor getting back with her, proposed to Tay. Which of course, now seems to have been confirmed that such an event actually happened through the letters of “champagne problems”, and Taylor refused DA’s proposal. As I said before, I’m not sure if this is true or not, because I never tried to confirm what I heard and read a few times. But perhaps someone who knows more aboutthis whether this can confirm if my assumption is real or not, in the comments.

please assume my head is filled with either

Favorite song from Debut album “Taylor Swift” - Cold As You 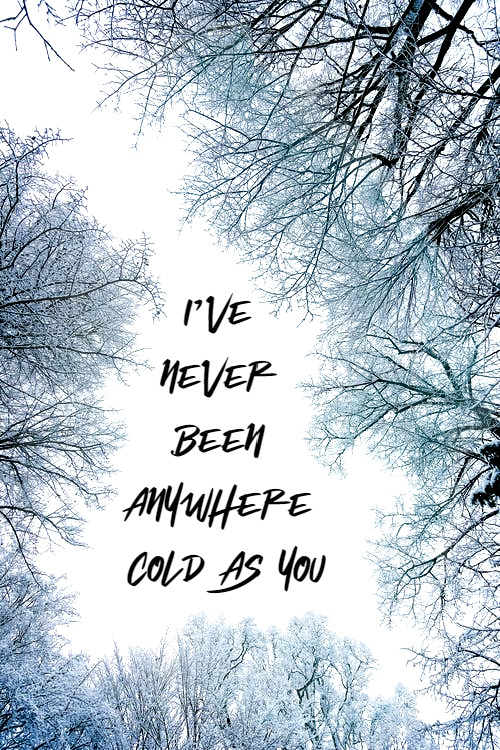 Anyone else obsessing over this? because same here💫💫💫💫 @taylorswift @taylornation

I have a ton of maths and archi PDFs to read later. Wish me luck!

I finally listened to Evermore recently and this lyric just reminds me of Barbara…I love that psycho :)

Heyyyyy everyone, I haven’t posted on tumblr in ages but heres whats been happening and I LOVE IT ALL❤️💫 @taylorswift @taylornation

The chorus of Ivy has been stuck in my head for two weeks.

The song didn’t stand out for me at first but now it has PUT ROOTS IN MY BRAIN.

Honestly every time I think I can’t stan Taylor any more she pulls something like this out the bag. QUEEN OF SONGWRITING.

There will be no further explanation, there will just be reputation. // edit for my incredible friend, Payg (princessmishaps)