How can someone be so pretty?😍❤️

Elliot has no interest in reading what so ever ღ 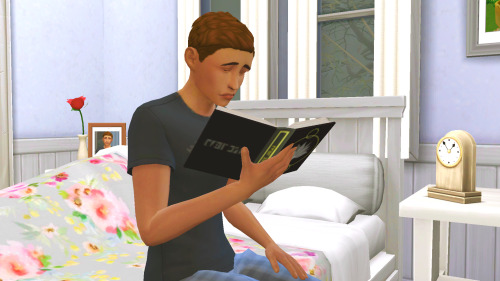 The reason Roman didn’t want to accept Janus is because Janus didn’t really have an arc. Virgil slowly got added to the group over time, slowly being accepted by every member except for Roman. Then Roman truly see’s Virgil’s value for himself.

We didn’t get that with Janus, there was no slow acceptance or friendship. Just this guy who lied and manipulated until the most recent episode…

Ok, so it’s very late (4am) and I have a lot of thoughts. I will likely post a theory similar to this once I’ve gotten some shut eye. Toodles!

i, for one, find it very fitting that roman’s birthday is on the 4th of june, aka the 35th of may, aka the most magical day ever, a fiasco of imagination where anything can happen. 🧐🧐🧐

#roman sanders, #sanders sides, #thomas sanders, #ts, #ts roman, #the 35th of may, #asdfghjkl i don't know if ppl in the us know this book but i feel like such a galaxy brain, #come @ me
4 notes · See All
roman-where-he-shouldn-t-beAnswer
#roman sanders, #roman where he shouldn't be, #ts edit, #ts, #roman, #virgil sanders
10 notes · See All
no-name-necessarilyText

People seem to be really upset that Patton revealed Logan’s name but I think there’s a good explanation for it. He did it on purpose but not out of malice.

Go back to that moment in “Losing my Motivation”. See how un-bothered Logan is? Literally moments after Logan’s goes straight back into planning mode.

It’s possible that Logan just didn’t care if the other sides knew his name. If Patton, a guy who’s not exactly the best at keeping anything to himself (“hi just frustrated, I’m sad!”) knew, then what’s to say Roman and Virgil didn’t know?

There’s even a chance Logan told Patton his name because he knew that Patton would reveal it, thus making it easier for him to get it over and done with.

And, in the end, that fits his character pretty darn well.

#it was everything I didn't know I needed but I'm SO GLAD IT HAPPENED!!!, #roman sanders, #ts, #sanders sides, #penguin talks, #capslock
19 notes · See All
toxic-cup-of-joey-richterText

#it's even better than I thought it would be!!!!, #heck yes jdndmnsmsmxmdmd, #janus sanders, #ts, #sanders sides, #penguin talks, #capslock
12 notes · See All
emotional-mess-in-distressText

@cool-moves-bro​ you said you wanted the clip?

#ive heard its out there, #and now all we need is virgil's, #and the orange side's, #but that will take a hot second before it's even possible, #janus sanders, #please, #ts, #i beg for someone to please link this, #you dont understand pleeASE
7 notes · See All
crofterskinnieAnswer

this turned into something a little more than a doodle-

Sooooo, this took me all day, literally.

Original post by @amethystlogan​ AND the post that inspired these insane drawings was by @care-a-lots-wonderheart​ ! Thanks for the inspo guys, my stupid brain decided to take it one step too far :)

I think my favourite has to be Virgil, he’s the one I got the idea for first, though he was the last one I drew.

The lion Roman was something that reminded me of an old wizard of Oz AU/headcannon I thought of a while back, so I thought it suited him well!

Anana is pinapple in multiple languages, so that explains Janus’ pun name, I love Virgil’s pun name even though it’s awful, simply because these toys are apparently called ‘squishmallows’ and it just makes him sound cuddly :’)

I think the most fun ones to draw were definitely Remus and Virgil, Logan’s wings were very annoying haha.

Yes, Patton and Remus only have 2 fingers and a thumb, I thought it fit with te designs while still making them somewhat humanoid?

I love exercises like this, and Ima stop rambling now, hope you enjoy!

Let me know who your favourite is! :)

Taglist - (let me know if you wanna be added!)

What happened to make Virgil hate Janus so much? There has to be something. I mean, people talk about the “dark” sides like they were some close knit family… But what if they weren’t? What if all the “dark” sides hate each other? Mayhaps Remus and Janus only just started a friendship after Virgil got accepted…

#Sander sides, #Sander sides theory, #Virgil Sanders, #Janus Sanders, #Remus Sanders, #ts, #Just think of the angst if this were true, #It would ruin so many fics though
11 notes · See All
crofterskinnieText

i know not a lot of people will reply, but i am BORED.