I had a tolerably coherent ramble about it a long while back, so here’s the link to that. But as a quick sum up, his sins are:

It’s been a while since I had to sum him up, so I’m sure I missed things and hope others will chime in!

Also as a note, there’s nothing wrong with comparative mythology per se. But the more people draw conclusions saying that everything’s really the same across cultures or religions, you have to be aware of the unconscious cultural biases that would come with even identifying the key criteria for determining sameness.

Now that we’ve covered vampire etymology, it’s time for something very important. Just like we needed to define what is a werewolf for the werewolf facts, to make sure we’re all on the same page, it’s time to ask a super important question…

What is a vampire, anyway? What counts as a vampire? What doesn’t? How is this different in folklore than it is in popular culture today?

Please note that, in this post, we won’t get into how one “becomes” a vampire or if one has to become a vampire at all and different types of vampires and things - all of that will be covered in later vampire facts! Here, we’re just talking definition.

Simple version? A vampire is a parasitic being that requires something from humans in order to survive, usually harming or killing the human in the process of acquiring it. Generally, this is blood, but sometimes it can be something else, such as general life energy and/or their soul.

Vampires in folklore do not necessarily have to be undead and/or human and/or the product of a curse: many vampires are not human at all and never were. This is a product of modern pop culture that has been highly popularized today, but now that we’re studying vampire folklore itself, you’re going to have to realize that not all vampires are dead people!

Here’s something interesting: much like how some of our earliest concepts of what modern scholars consider werewolf myths came from legends like Lycaon, our concept of vampires, too, largely originates in Greece. In fact, a lot of what modern scholars consider “vampire legends” comes from extensive study of vampire stories in Greece dating back to the classical period.

Many of these stories actually come from the vrykolakas, which I covered in a werewolf fact here, as well.

From these scholarly studies, we have derived essentially two “types” of vampires and/or vampire legends: 1. those considered supernatural or not human, which typically include specters/ghosts and beings from other planes of existence like demons; 2. the undead human, also known as a revenant.

During earlier periods of history, the supernatural and inhuman type of vampires were prevalent. In Greece, in particular, we only see stories about undead vampires after AD 587 or so, when the Slavs presumably brought their own vampire legends to the area.

The undead form of vampires, in fact, is really only seen much in folklore from the Middle Ages and later.

Even among those, we must divide the human vampires up into separate categories, too! I’m telling you, vampire legends are incredibly complicated.

There are what scholars refer to as “dead vampires” - these are the undead; corpses that rise and “live” again (or sometimes other situations like sending their ghosts out from their graves, but still, they are ultimately corpses/people who died). These are perhaps still the most commonly seen in pop culture today.

However, there are also “living vampires” - something we almost never see in pop culture today. These vampires are not actually dead yet, but they are indeed still vampires and can project their spirit outward to go off and do vampire things. Much more on that later.

So what are the vampires we most associate with the word “vampire” today, like the ones we generally see in pop culture? They are “dead vampires,” human revenants. The other types are incredibly rare in pop culture today, if you see them at all. Generally, any remnant of their influence is just carried over into undead human vampires and combined with other stuff.

As for all the details on these various things? We’ll get into those soon enough!

(If you like my blog, be sure to check out my other stuff! And please consider supporting me on Patreon - not only will you help me keep this blog running, but you get access to cool stuff in return!)

me : taylor should be releasing last great american dynasty as a movie

One day i’ll meet her. But until then enjoy the edidted photo with our matching Repuatation hoodie

Absurd day for me today, work was crazy and thanks to my fucking stupid mouth I have to go to work tomorrow morning too 🤪 my colleagues were in an critical situation because it’s gonna be a rough morning tomorrow and after our boss recognized it I offered to help me and now I’m stuck with it 😒

How are you love?? I really hope you’re having a wonderful day wherever you are babe ❤️ I miss you so much 💔

Sending you all my love from Italy 🇮🇹

Always proud of you 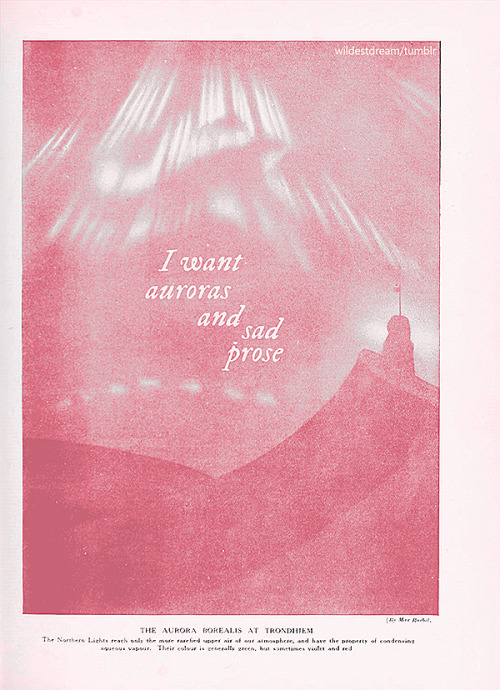 #taylor swift#tswiftedit#the lakes#folklore#lyrics#aesthetic#pink#quote#Charmi's edits#i haven't posted anything in a while so here's something i made for my redbubble yesterday! :)#will post a proper edit tomorrow#good night!
66 notes
youdreamimpossiblethings
Photo 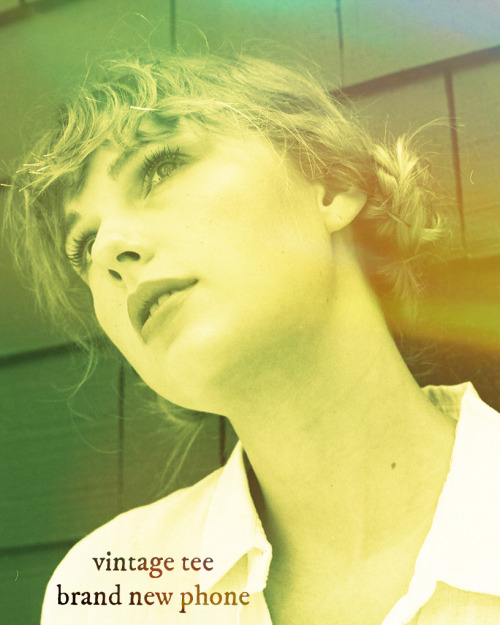 i’ll show you every version of yourself tonight<3

Danny was unnerved by the turn of events. After his ultimatum, Plasmius somehow pulled him through the floor and sat him back at the same table as before. If he had to describe the experience, it was a mix of having his stomach drop while his body went entirely numb, and if he was honest, for a brief moment, it felt like his body didn’t exist. It left him chilled to the core, although he wasn’t certain if that chill was mental, physical, or a mixture of the two.

Plasmius didn’t seem bothered by the action, which would make sense if he really was a ghost. However, it was clear he wasn’t in the same cordial mood as before. Instead, he seemed both impatient and distracted at the same time. He didn’t speak. He just stared at Danny as if he was waiting for something.

so now that we are getting comfortable with evermore, champagne problems or all too well?

Wendigo acrylic painting I did for my illustration class.

i was thinking about this the other day, so what if evermore is a more recent pov and folklore is older, maybe like high school early college. some of the songs almost sound like they are discussing the same things from different ages.

I’m not sure but I’m notice ivy and illicit affair have same things.They’re about same topics.But different perspective.Ivy is about the girl perspective and Illicit affairs is about boy perspective.That girl and the boy meet the grave. “I’d meet you where the spirit meets the bones.” And they loved each other but that girl is married or engaged.One day her husband or fiancé meets the boy. “He’s in the room”. “He wants what’s only yours.”Maybe the boy wants married with girl.And he wanted replace him as her husband. She getting scared “What would he do if he found us out?”.And maybe she thinks her husband or fiancé gonna burn this house to the ground. “He’s gonna burn this house to the ground.”And she asked the boy“ So tell me to run or dare to sit and watch what we’ll become.”

And i think that boy says she should run.“Make sure nobody sees you leave.Hood over your head.Keep your eyes down.”“Leave the perfume on the shelf. That you picked out just for him. So you leave no trace behind. Like you don’t even exist.”And she did it.But she tired of everything. “And you wanna scream.Don’t call me “kid,” don’t call me “baby”. Look at this godforsaken mess that you made me. You showed me colors you know I can’t see with anyone else.”

Perhaps happy ending.And also Taylor using the “my house of stone.” Probably their marriage.Cold like stone.But that boy’s love grows like ivy and she wanted to leave her husband/fiancé and she’s now covered in ivy.“And I’m covered in you.”

{That reminds me Taylor relationship with Tom Hiddleston (2016).She was with him(Tom).And That times Taylor’s reputation wasn’t good She’s not happy with him as his lover.She left him and started date Joe.Now she’s covered in Joe’s love (ivy)}

That’s it. That’s my theory’s for illicit affairs and ivy.But it just theory.🫂🍪🫖

Hope you guys and Taylor are doing okay 😌

For me, I’m doing alright. Been better but been worse. Just waiting to hear back on like 3 jobs I applied for, which hasn’t been good for my anxiety 😬

On a more fun note, this is a screen recording and speaking of that screen recording, let’s talk about it. It’s a theory about when the re-recordings (I assume) will come out. Taylor recently created a playlist and the track numbers of those songs add up to 56. 56 days from when Taylor released that playlist is March 18th (which is a Thursday aka the day of the week that Taylor has recently used to announce the release of her last two albums). That following Friday is March 19th and well, 3+1+9=13. But wait that’s not all. In the Spotify video from late last year, which I assume there were Easter eggs, had the word “March” underlined. Add all of these possible hints together, and you get *screaming* 😂 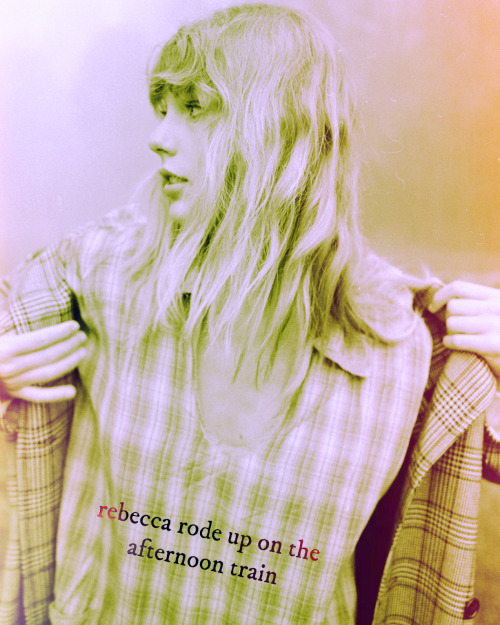