How one card can provoke a whole new spread or an example of how I draw additional cards to the one that I want to clarify. Let’s take the eight of swords, which somehow fell out recently, to the position “What’s stopping me?” Knowing the meaning of the card, I understand that we are talking about stagnation, feeling like in a trap, not being able to see the way.
Now we look at the symbols depicted on the card. (I used the Everyday Witch deck)
What do I see? A blindfolded figure, tied hands, a helpless sitting posture, a cat trying to throw off swords or just playing with them; a bluebird that crouched on one of the swords, it either sings or tries to “say” something; folded broom and hat; and finally the swords themselves, stuck in a certain way, two directly in front of the character, two on the sides and the other four behind; the character has indeed fallen into a trap.
Now I draw cards for the questions “What do each of the symbols mean?”
Blindfolded - what prevents me from seeing?
Tied hands - what prevents me from acting?
Sitting position - what prevents me from getting up and going?
What does a friendly cat represent? Who or what can help me?
What does the blue bird symbolize?
What does it want to tell me? Maybe this is the advice of higher powers?
What do the broom and the hat, which are waiting outside the swords, represent?
What obstacles do the two swords in front represent?
What obstacles do the swords on the sides represent?
What do the swords behind your back symbolize? What’s the easiest thing to leave behind?
As a result, we get 10 cards that will help us understand one main question “What is stopping me, or what is holding me back?” After such a detailed analysis, everything becomes clear, and an understanding comes of how to get up and move forwards, leaving your fears behind. 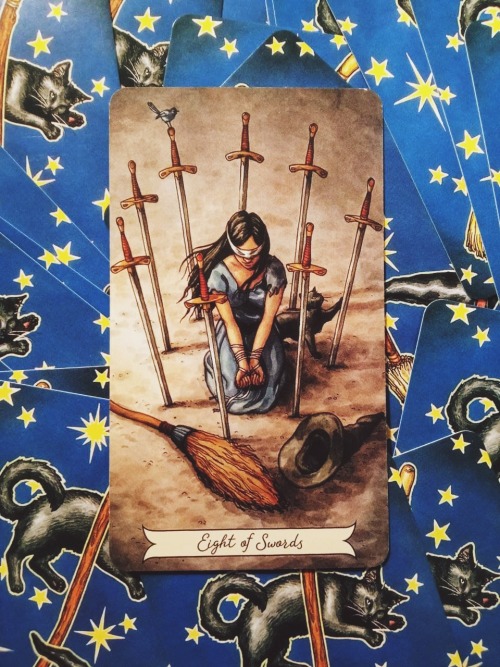 This is Abigail, a witch that fell into their own cauldron and turned into a frog.

Draw This if Your Style design 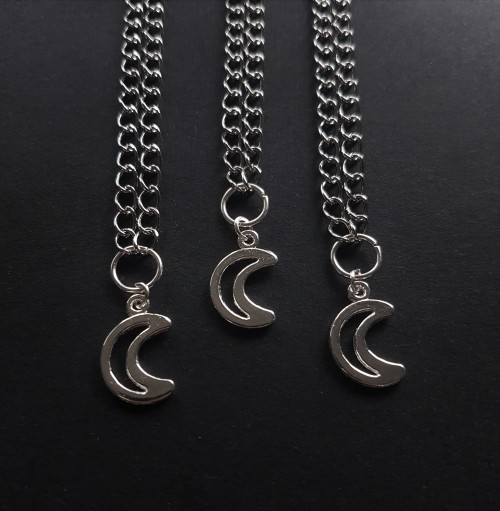 🕯🧞‍♀️ I had an idea for a quick spell (“🤐” on the details), and I didn’t think I was energetically prepared to do it just yet.

But now I feel like by just thinking of a way HOW to bring about my desired result, I opened the path of energy just by the belief I held in my mental intention…. Law of Attraction visualization is energy work. Which is magick without the witchcraft tools. I like to use whichever feels right.

I feel other lovely energy changes too, so this is fun and exciting for me to figure out. That meditation gonna be LITTT 🔥🔥🔥 🤣🤣🤣 🧘🏽‍♀️

It started out as a Tom Scott video (during which a building exploded), but then changed into a Halloween party, except it was an open world adventure game. Most of the time it was completely immersive, but sometimes I had to talk to the game master, at which point the immersion paused for a moment. Some of my friends were cast as the main characters. One of them was famous, I don’t remember why. I had a witch costume.

Also, for some reason, I was the only person with the ability to pet cats through a closed window.

Taranis, god of the Sky, Hight and Thunder

Worshipped: prevalently in the continental Gaul, but also in Ireland.

Other names: Taranus, Tanarus (who give the name to the Tanaro river in Italy), by the Ligurian tribes (Cisalpine Gaul) He is known as Poenninus (the Highest). He is also called “The fire of the sky”, so he may be linked with the flames - and personally I think it is possible.

Meaning of His names: the Thunderous One

Éléments: He dominate the Thunder and the lightings, the rain and, more generally, the weather. In Cisalpine Gaul He is also the Lord of the Mountains. I associated Him also with the wind.

He is a chaotic force, but also a bearer of Order. In some part of the continental Gaul He is associated to the Dis Pater. He is the light and the bright of the Sky, but also its darkest and unpredictable side. The clean sky and the clouds.

Sacred animal: eagle. Sometimes represented by an eagle who fight a serpent on a oak tree (symbol of the tension between the High and the Deep).

Represented with a wheel and a baton, in the legends that survived in the Cisalpine Gaul it is said that the roar of the thunder was provoked by the turning of His wheels of His celestial chariot. Actually, in Piedmont the word “thunder” is said Trùn, derived by the name of Taranis.

Called for: war (for His chaotic and violent aspect of the storm), agricolture, justice, strength.

Offerings: I used to offer to Him incense (formed with oak and mistletoe). In my rituals I love to light a candle dedicated to Him (if I am indoor) or make a little bonfire (if I can do a ritual outdoor). If I am outside I give to the fire hazelnuts or apples, two sacred fruit for the Celts. He also seems to enjoy mead or beer.

Small altar update for y’all- thanks so much to everyone who commented!

Since I currently live in a place that has a small balcony, I set up a small Cernunnos altar outside. On the altar is some rocks & moss I found while on a hike (he was estatic on the hike, by the way, hahah).

My Hekate altar is both my worship & working altar, so it’s a bit more expansive. It also needs updated tools. But otherwise I’m happy with how both came out! Both deities seem much happier now 🥰💫

Only problem is, this Bad Witch refuses to die until she resolves some unfinished business involving Heaven, Hell and a generational curse.

In this scene Alex wakes up next to Sathariel after a Very Interesting dream indeed. As context, Alex can’t touch Sathariel’s skin (and vice versa) without extreme pain.

And despite being in a human-shaped body for a few centuries Sathariel is still woefully ignorant on what normal human bodies do.

Alex jolted from sleep with a yelp as her fingers grazed Sathariel’s. Hissing the demon flinched away from her. He awoke sprawled face down beside her, a sheet of parchment clinging to his sweaty face.

He shot Alex a suspicious glance as he lurched upright. Alex’s bleary eyes burned in the glare of bright sunlight streaming through the ground-level basement window.

“Shit,” she whispered, grimacing. “What time is it?”

“Good morning to you, too,” Sathariel grumbled. He squinted at his pocket watch. “About a quarter to ten.”

Alex cursed and scrambled to her feet.

“I’m gonna be late,” she blurted, darting for the stairs. “I have to meet Thayne in New Town in an hour.”

“Why’d you do that?” he yawned before she reached the door.

“You know,” he muttered, rubbing the back of his head. “Grab me. When you were sleeping.”

Alex felt hot blood surging into her cheeks and coughed. “I didn’t,” she snapped. “You touched me.”

She fumbled with the door knob as her face burned in the dark. “Whatever,” she huffed. “Deal with your wet dreams on your own. I gotta go.”

“What are wet dreams?” he demanded.

Alex slammed the door behind her without another word. She slumped against it, heart drumming so loud she worried he could hear it echoing through the wood into the basement. Her quick pulse throbbed between her trembling legs.

The complete Flux Arcana Tarot deck is now available at the shop link in my bio. 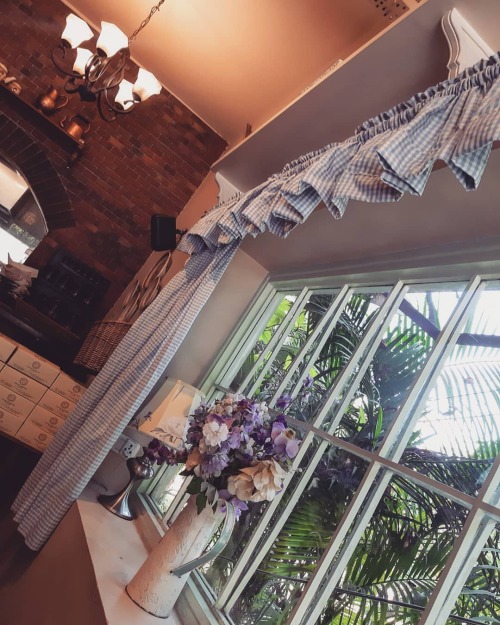 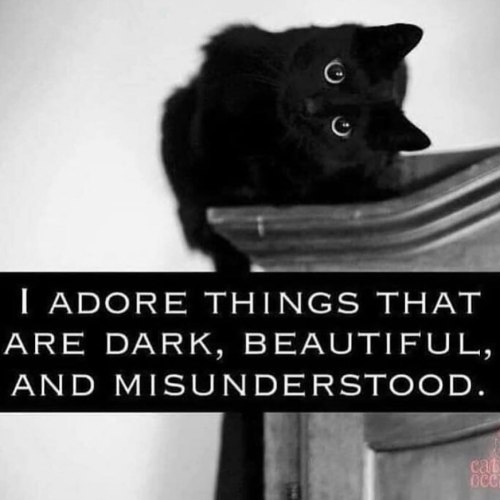 None of this is founded on anything?

I’m not friends with Prim. But Ava intentionally pretended to be Prim using the Chthonia blog name, so prim is part of this. Despite what’s shes done, are you saying it’s ok for her to be impersonated?

It’s founded on nothing? This doesn’t look like “nothing” to me