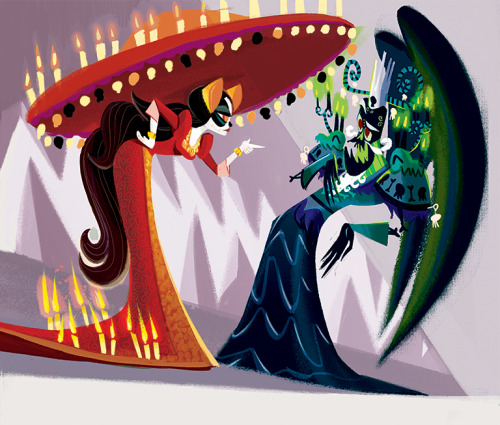 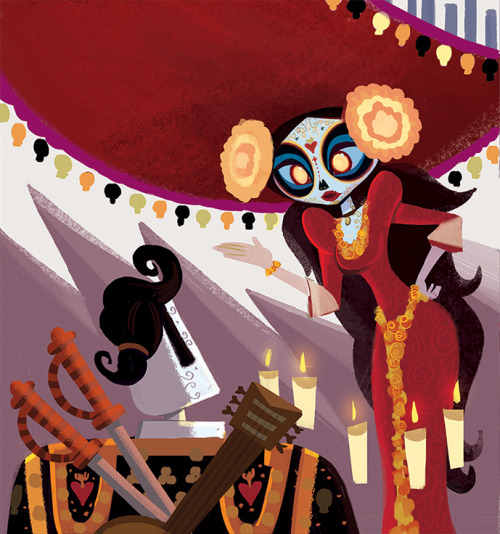 ⚰️ for Anansi and Catherine, for the angst

“What…?” Catherine’s eyes widened at Ruggie’s words “You’re lying…” she stumbled back “Anansi wouldn’t die…!!!” She shouted as her voice cracked. Ruggie looked down, about to speak “He told me not to die… He wouldn’t leave me like this, would he?” she trembled before her knees went out beneath her. As she fell to the ground she wailed, clutching her hands to her chest. Tears poured non-stop from her eyes; her ears laid flat against her head. She hid her face in her hands, shaking with each sob. Ruggie put his hand on her shoulder, slowly Catherine looked up. The cat’s eyes were now blue as she stared blankly at her friend, and yet the tears continued.

“No…” Catrina sobbed, holding the body of her son. The flowers began to wilt in her crown, the golden dust falling onto Theodore’s lifeless face. Tears continued to stream down the woman’s face as she wailed. Was she now a true La Llorona? Slowly she brushed the hair out of his face, putting a golden marigold in his hair. The mother spoke to the world “La Muerte…” she called out to her ancestor “Is this what you wanted?! You stole my brother from me, and now you steal my son!” She wailed, tears turning to gold the same way they did when she lost Dante. “Mijito…”she spoke softly, holding his face in her hands, “Lo siento… I couldn’t even protect you…”

“Elysia…” Valdis spoke softly, trying to get her attention as he put a cup of tea next to her. She didn’t move, instead she continued to stare at the wilting bouquet of flowers. For days all she did was stare, watching them slowly wither with blank eyes “I…” she started, her voice slightly hoarse. She didn’t turn to Valdis, instead the male peered at her “I never understood why mortals loved flowers… While beautiful they are destined to die, leaving behind no trace. Their beauty does not change the fact that one day they will leave this world…” her lip trembled.

“Perhaps mortals are drawn to them because flowers remind them of themselves. It wasn’t until Seraphim that I questioned that…” tears started to prick at her eyes “I’ve seen so many mortals come and go, they wish for more time. Frantically they beg death to let their clocks tick just a bit longer… They are a fleeting existence…” Valdis reached out, putting his hand on hers as she continued “Powerless beings who always wish for more time, cursing their mortality… But I think immortality truly is a worse curse…”

“Lizard… T-this isn’t funny…!!!” Catherine trembled as she desperately looked for a pulse “Leroy please, t-this prank is going too far…!!!” The cat tried to deny the truth as tears streamed down “Please…” the damage of the overblot was still around them “You… I was the one who was supposed to die… Not you…” she bit her lip before she hugged him, wailing loudly as she sobbed into his chest.

“You can’t leave me like this…” She pulled away, softly brushing his cheek before pressing her forehead against his “Please luv…” Catherine whimpered as she hoped it was all a horrible nightmare.

Another lover gone, after losing Ambrose Lovette didn’t think she would let another person close to her thorned off heart, let alone lose that person as well. The fox locked herself in her room. Lovette stayed curled up on her bed, hugging a pillow to her as she softly sobbed. Her tail wrapped around her body, ears pressed against her head.

“How could I be so stupid…” she scolded herself, she broke her own promise to herself ‘Do not fall in love, it only hurts’. She swore to only keep things superficial, never let anyone come close enough to hurt her. But her own warning went out the window with him. He didn’t see her as just a pretty face, but now he was gone. Lovette hated crying, hated how it made her look. But she couldn’t stop her tears.

#ahh thats such a cute idea#I love your shading!!!#making each have their symbol is so clever
399 notes
thetwstwildcard · 52 days ago
Text

“Would you like some roses? I grew them myself in my garden”

Send one of the following symbols and one of my OC’s names and I’ll doodle:

Who asked for these? Absolutely no one :)

But feel free to use them ahdjsgshs

Trying out a different brush with my new oc—

Catherine really is my oc with the most variety

I’m working on my boys, she’s just so easy to draw ahhh

She’d be around 25? She’s in a band(goes by the stage name “Shire”). The scar on her neck is from frabjous day while the green eyes are a symbol that she accepted that she is Alice and so the eye colors mixed

Quick sketch to get it out of my head.

Her lace detail is in the shape of a teardrop. I was going to reference Alice (her outfit will be more Alice-like) but I also wanted to reference the mask she wears (aka her always smiling) 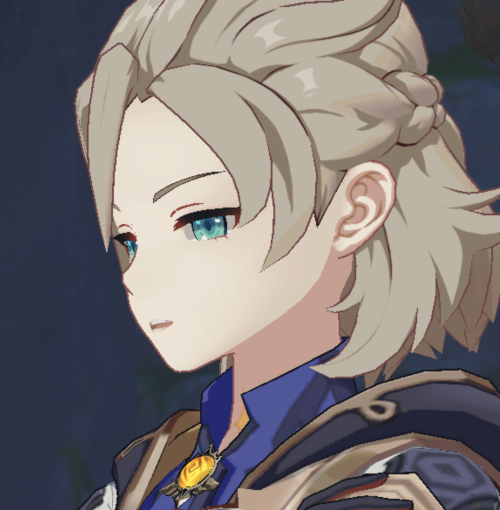 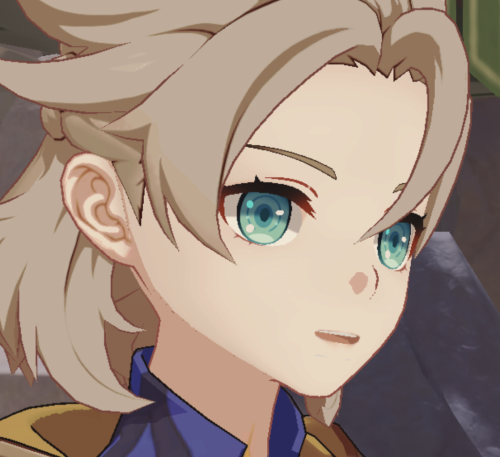 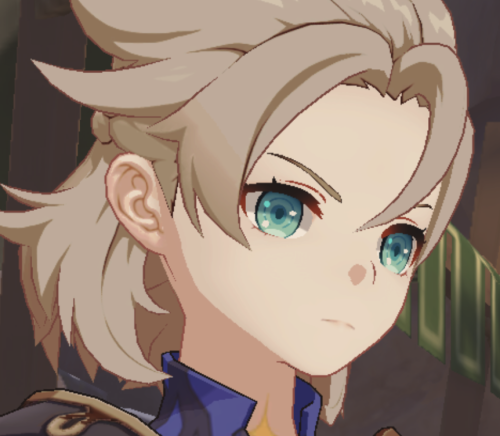 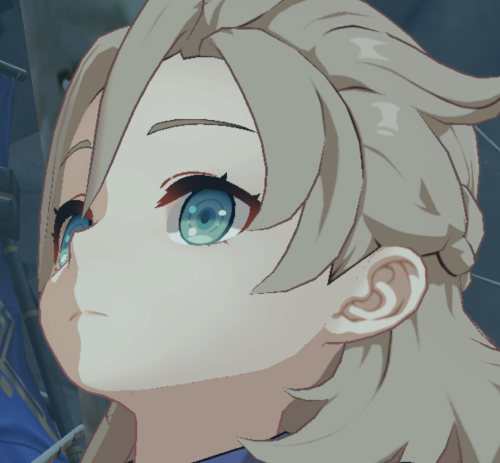 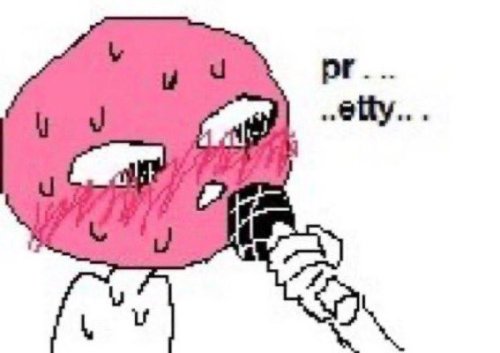 I found this template and immediately went yes :)))))

In order here are the OCs and their owners!

Thank you to everyone who let me draw their OCs for this! 💙💙💙

#ahh I thought I liked and reblogged this already!!! 😭#thank you so much for drawing my boy 🥺🥺🥺#he looks so good in your style#I mean they all look AMAZING#Thank you Aya 🥺🥺🥺🧡🧡🧡#others amazing ocs#others amazing art#Nathaniel#Nathaniel Blanc#tulgey wood
43 notes
thetwstwildcard · 221 days ago
Text

everytime twisted wonderland is called an otome game, a part of my soul leaves my body

Does your OC prefer…

Is this gonna be me loving and showing off my friends amazing ocs? Yes.

Any ocs that Catherine would be attracted to romantically?

Any ocs that Catherine would be attracted to platonically?

Catherine can have anyone to be their date platonically or not to a party, who would they take? Why?

#twst ocs is my biggest hobby… and my greatest fear.