The Toronto Tunnel Monster is a monkey-like creature found in the tunnels of Toronto in Canada. The Toronto Tunnel Monster is described as a monkey-like creature that is roughly 3 feet tall with gray fur, long claws, sharp teeth, and glowing orange eyes that are slanted. Toronto had to move some their creeks underground tunnels due to pollution creating a sewer system of some of their oldest creeks that have been around for 12,000 years the most notable one being Garrison Creek.  The most notable sighting of the creature happened in 1978 by a man only known as Ernest and his wife. They were raising kittens at the time and one got out so Ernest went to look for the kitten and came across the opening for one of the tunnels. He went in and turned on his flashlight where he saw the creature; according to Ernest when the creature saw him it spoke to him in a hissing voice saying, “Go away, go away.” Ernest then ran out of the tunnel and the newspaper later caught wind of the story and though they were skeptical the maintenance workers weren’t saying that things are weird down there.

There’s six episodes in total, and they’re all in English. I loved reading the book when I was a kid. It’s still a great book.

Just a fast map I did for my game a while ago!! 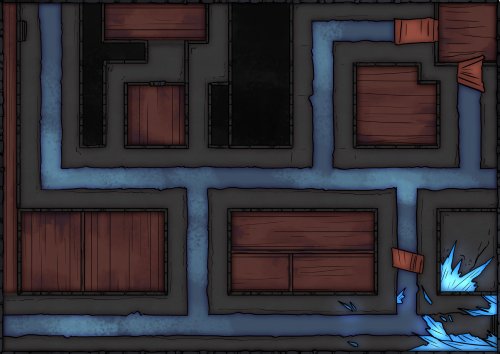 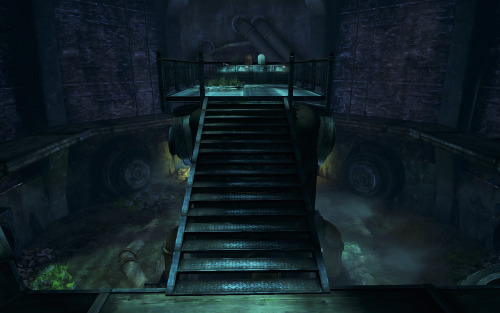 It was a quick little sketch I made for my studies. 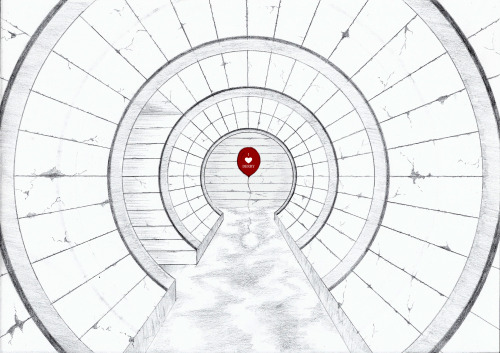 Silent Hill 3. Exit from the sewers. 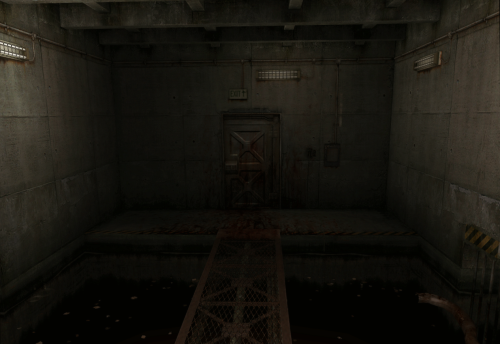 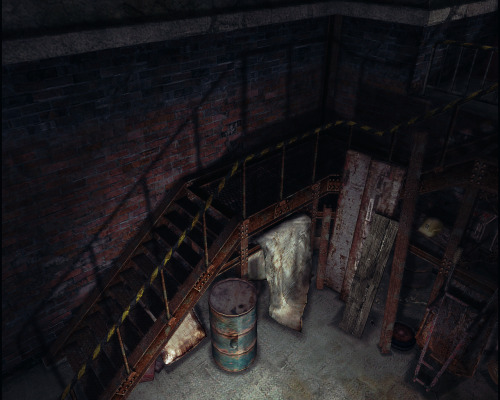 Rpahael is coming down with a cold, and is surprised by a mysterious kuonichi who cuts his bandana (for reasons that remain unexplained).

Raphael follows her into the sewers, were he crosses paths with Leatherhead, who confuses him with Donatello, and tries to kill him until he calms down.

Meanwhile, Donatello discovers a weird energy surge or something like that going on the sewers, and with the other turtles, they go searching for the source. When they find it, they also find Leatherhead and Raphael next to a new Transmat device. But the whole thing is cut short by some Utroms who take Leatherhead with them.

This issue solves NOTHING.

Like many other stories in this run, it seems to open new stories, but because of its format, you never know if those stories will ever be resolved and when. That kuonichi… I have no clue. Those utroms… not sure, but I can imagine it is related to the unofficial finale of volume 3.

Whatever the case, I really enjoy seeing Dan Berger’s turtles. I don’t know, sometimes I like my turtles a bit cartoon-ey.

And there are a lot of small details in the art. I love how TMNT romanticizes the life in the sewers, this never-ending undiscovered maze of bricks and streams. Even when we all know that they are dark and smelly, and possibly lethal (and usually very narrow). But it is part of what makes the Turtles so great.

I give the issue a score of 7. 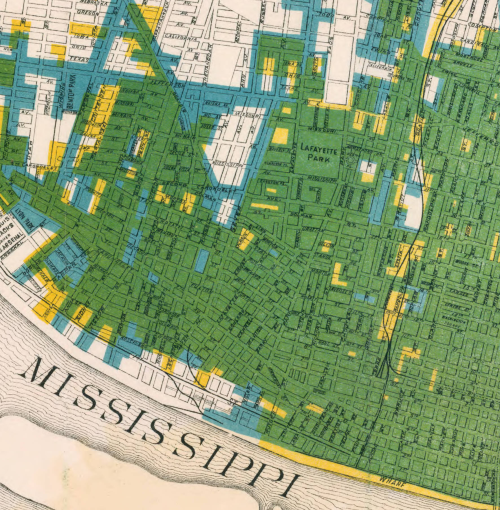 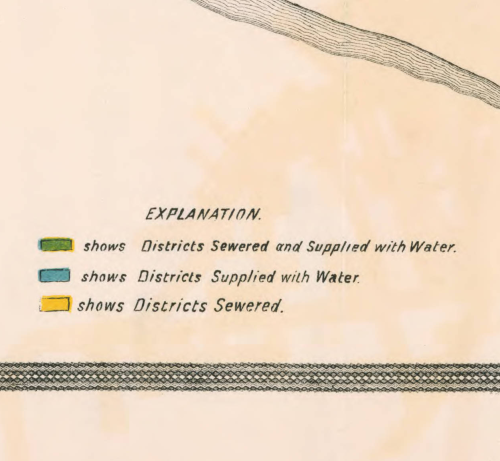 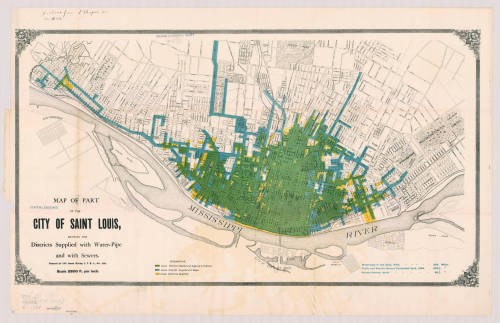 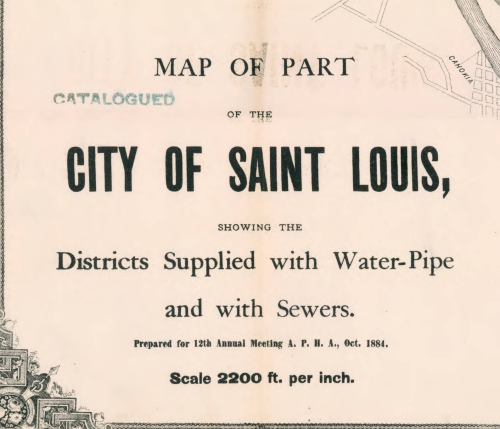 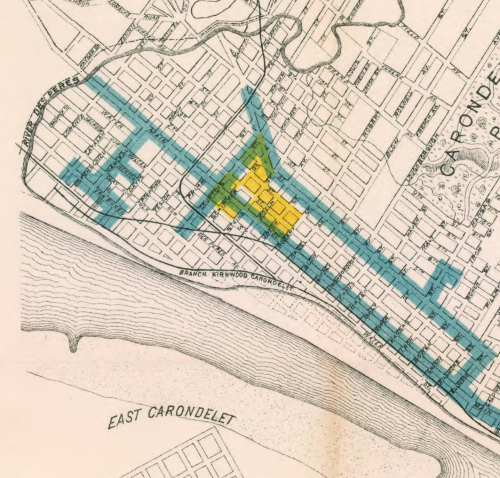 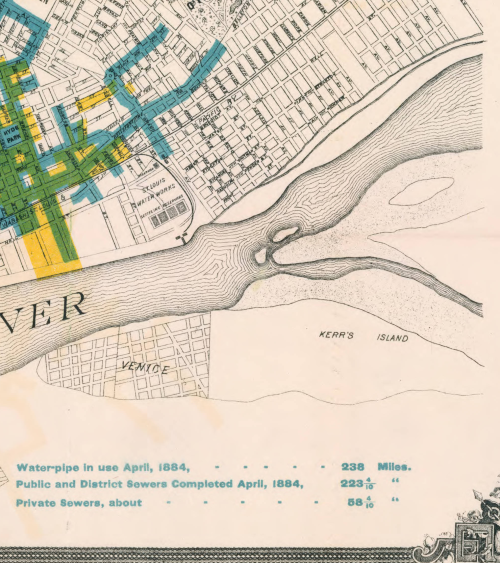 Lord of the Sewers, by Valery Golubev (Cayman307), via DeviantArt. 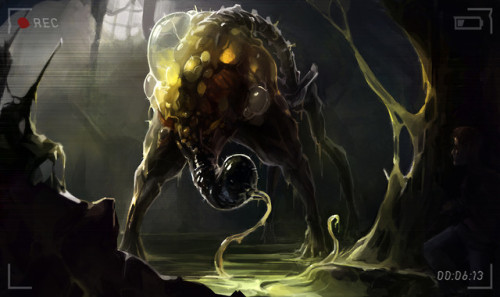 When you spend your life wading through human waste and destroying giant monsters made of baby wipes and chicken shop fat, you would not be surprised by much. But there’s a sewerage worker in west London who saw something that changed his world. One night, the worse for drink, he shared his story in a Kilburn pub and I record it for you here as a near verbatim entry to the Maps of the Lost - although the precise directions are uncertain, as I will admit to some large measure of drink being taken.

“I’d been tasked with checking some damage reported in an obscure off-branch of the Kilburn to Wick Lane mid-level that runs into the Northern Outflow Sewer. One of the main passages was getting reports of a leak coming down from above, and we were pretty sure it was a disused minor sewer running about thirty feet off the main - one of those that you had to go back to the old maps to find. I was meant to take a look along the old route with Eddie, but surprise surprise he’s on the sick again, knows just how much you can take for the year before they start making noises about getting rid. He’s a sharp one, he is.

They don’t like us working alone but there was a backlog of jobs and too few people to do them - same old same old story. So off I went. But I think I took a wrong turning heading north in the old network, and found myself in a small branch I didn’t recognise - some of the older maps aren’t what they should be. It was dark, and there was just a foot or so of water, standing, no flow. I carried on along because if I had worked my bearings out right I’d reach a gate after five hundred yards or so which would let me scramble into one of the feeders in the new network and back where I ought to be.

So I’m splashing along, cursing myself for going the wrong way and wasting time when there’s a backlog of jobs and too few - well, I’ve said that, haven’t I - and then I hear voices. Or at least, I think I hear voices. You often do down there, and you write it off as acoustics, you wouldn’t believe how it carries sometimes. Or you write it off as your imagination, not that the kind of bloke who works down there is prone to much in the way of imagination because you’d not last an hour if you were, but we’re all human.

Anyways, I turn a bend and see light, in one of the tunnel walls. Not like daylight, or the kinda light on my helmet, but a soft yellow square. I get closer and see there’s a hole in the wall. Square, like a…window.

So I did what anyone would do. I looked through it.

And there on the other side…

I saw a room, big, big as one of the main chambers but not one of the main chambers, this was…decorated. Hangings on the walls. A long polished table, dotted with candles that gave off that soft yellow light, candles and dishes and silver bowls and around the table, dressed as if at a society ball…people. Well, *like* people. There was something…but no, must have been people. Must have been. It’s just…the clothes didn’t look as if they fit their shapes right.

Then there was movement, swift and sudden, eyes glaring at me through the hole and then a stone slammed into it to close it. I don’t mind telling you, not much bothers me but those eyes did, those eyes and the thought that there would be other entrances to the room and some of those in it might be leaving those to find me. So I ran and I ran and I fell and I ran and I hit my head - see, can still see the bruise - and I scraped my shins - and I don’t know how but I found my way to a main, and out. I told them I saw no leak. Then I took a leaf out of Eddie’s book and have been on the sick. My back, I said. Which is kind of right. Because I can’t see myself going back. Not down there. Not ever. Nowhere those eyes might be. Now, you owe me another pint for that.”

I went back the next week with a book of old sewer maps I’d bought from a particular bookshop in Bow so I could chart this entry properly, but the man was not in the pub and no one had seen him for a couple of days. An old man propping up the bar was the last to see him; he told me he’d been standing in the pub doorway when the man left for the last time. The old man had bent his head to light a cigarette against the wind, and when he looked up the man was gone.

The old man knew the sewer worker must have taken the road towards the railway bridge because while he lit his cigarette he heard what must have been the clank of him stepping on a loose manhole cover. Must have been a hell of a fast walker, the old man said. It’s a long old street. 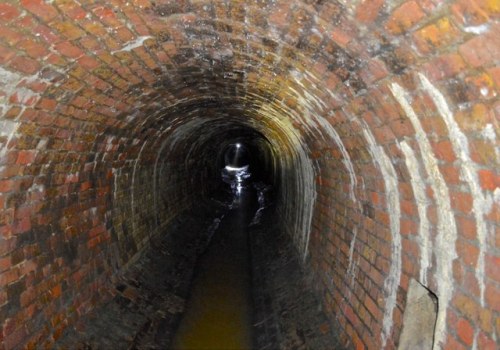 “The worst thing about the amalgamate is that it barely ever makes a sound. Oftentimes when it strikes, it happens suddenly and quietly without much of a screech or sound that one would expect. Today is a rainy day outside the sewers, most everything is blanketed in a thin fog that lay low near the ground. In the distance a figure is running through the fog, judging by their body language they are startled. Their breath is hectic and they seem like they would lose their balance at any second, glancing behind them at every chance they get. They dip behind a dumpster and slip down a manhole, hurriedly pulling the cover on top of it. The ladders are the worst part, they feel like sliding down them, but instead their motions turn into an awkward halfway between climbing and sliding. On the 4th rung they stop and look up. It is all silent, in the tunnels the rain flowing down from above echoes from somewhere farther away, creating an ambient noise akin to static. They listen intently for awhile. Somewhere closer there is a drip and another, and another…another, and then a sound from above. A sound akin to something wet and heavy, like meat, hitting the manhole cover above them. They take a step downwards on the ladder. Sounds like something is sliding across the cover. And another step down, and his feet hit the concrete floor in the tunnel. As they look up above and listen to the sounds. Freeze or flight, their mind was racing with both propositions, their feet felt like cinder blocks, but their gut was telling them to run. A scratch, a longer scratch and they thought they could see the cover move slightly in the darkness and then immediately after, light seeped in the tunnel past the lid. They immediately took off running, turning around a corner and another one as they could hear the undeniable echo of a solid block of metal fall to the tunnels concrete floor. As they went deeper into the tunnels it became more and more silent, in this section he could barely even hear the static created by the falling water. It was silent again, drip, drip….drip.” 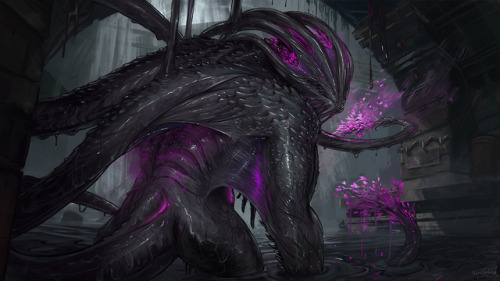 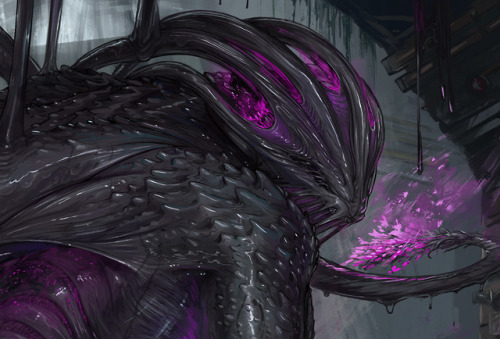 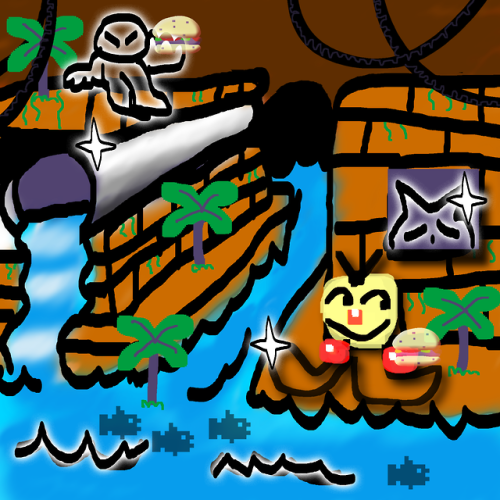