Trending Blogs
#after we collided
louiesonlyangelText

DYLAN SPROUSE IS IN AFTER WE COLLIDE. I can’t believe I’m one step closer to Cole and Hero falling in love.

#hero fiennes tiffin, #cole sprouse, #after series, #riverdale, #after we collided, #i’m going to have an aneurysm, #colro is real, #shit we say
0 notes · See All
taylerdukes25Text

“So last night meant nothing”

#anna todd, #after we collided, #after cast, #after, #hessa, #before, #roger kumble
1 notes · See All
iammissteelePhoto

#hardin scott, #after, #after we collided, #hessa, #hero fiennes
5 notes · See All
dannettepelotudaText

TIME FOR A LITTLE TALK ABOUT AFTER(2019)

I don’t intend to repeat everything that everyone says every time someone names Hardin or After. I just want to explain my point of view of why I think this movie was so bad and not even the after fandom liked it. We know that the writer of the books in which this movie is based decided to change Hardin’ s character, and she did it, drastically. Since the beggining, this book series was shit because of this character and all his toxic traits. This topic was the main point of why to hate this books. So it’s not a surprise that Anna decided to change it for the movie adaptation. The thing here is that it wasn’t Hardin’s character the problem, it was the romanticism of the relationship. The fact that after reading this book, every teenage girl would see Hardin Scott as their crush, their perfect boyfriend. A lot of movies, such as A Clockwork Orange, have despicable protagonists, and not because of that these are bad movies. On the contrary, The Clockwork Orange is a classic. That’s why I think that the main problem of the After Movie was that they didn’t handle it well. They transformed their character, into a flat character, making Tessa sink with him as well because every development we see on Tessa’s character in the books is all because of Hardin, and everything that she learns from him. Something important: I READ THE BOOKS, so no one can tell me that I don’t know what I’m talking about. However, they took a lot of things and scenes that somehow were the essence of the story, making it more flat and boring than it already is. They should have, instead of changing Hardin, taken away the romantic connotation and instead of making a romantic movie, they could have made a different type of movie, maybe could have taken the risk of making a thriller, adding to Hardin’ character more creepy stuff. Or maybe they could have started a relationship with a Hardin that had his problems, his issues, maybe a creepy boyfriend like Edward Cullen who came to Bella’s room to watch her sleep, but little by little, and with the help of a therapist(yeah, because TESSA IS NOT A THERAPIST), he could start being a better boyfriend and maybe a cute one, but with development. Because we are in front of a character that has his issues, a very difficult childhood and very aggresive and toxic manners of fighting his past and the consecuences that it left, so we have the material that could make it able to do a project like the ones that I already said. AND I KNOW that the romantic stuff is actually the whole point of the story, but if they did a movie that has almost nothing to do with its book, they can change the genre of the movie. Or maybe they could have done it in a more subtle way, but making the audience don’t feel the same desire of having a relationship like hessa, and making them question all the relationship that the afternators(idk if they are called like this) have been loving for such a long time. I will admit, some of the hessa scenes, the ones in which they aren’t shouting at each other, and they are happy are kinda cute, could have been good material(YES, BECAUSE IN THE MOVIE THEY ALSO CHANGED THE DIALOGUES THAT WERE “OKAY”). Something that I also hated was that THEY CHANGED THE FUCKIN BET and made it lame and childish. Don’t get me wrong, what Hardin movie version did was horrible to, but it wasn’t such as dramatic as they made it seem to be, with all that wierd music behind. It was more interesting the original bet, and more despicable, and again THIS CHANGES WERE MADE SO THEY COULD CHANGE HARDIN’ S CHARACTER TO A “CUTE” AND “ROMANTIC” one, which they didn’t achieve anyway, because Hardin was still very toxic and with a lot of redflags. They could have made, not a good movie, but a more memorable one, and one that somehow could have not been so cliche. There are a lot of other issues that this movie has, but you can find them in any other After Movie review and I don’t care about them. I’m sorry, I didn’t expected to make it this long but I wanted to explain everything well SOOOOO thanks for coming to my ted talk.

Anna Todd is easily one of the most popular authors of the past decade: she managed to skyrocket writing platform Wattpad to international fame and became a worldwide phenomenon herself with her series of After books, about a college freshman who, with the help of the campus bad boy, discovers her sexuality and the wilder sides of life. It was only a matter of time before this franchise would be adapted for the big screen, and that happened last year, with Josephine Langford (13 Reasons Why star Katherine Langford’s younger sister) and  Hero Fiennes Tiffin as the leads. Although the fans were eating the movie up and some audiences, including yours truly, felt like it was quite refreshing to see young adult sexuality discoveries portrayed on screen, the critics were spitting it out and box office numbers disappointed (in the USA it grossed less than the budget, but internationally it did better), and it didn’t seem too likely that a sequel would happen. Yet, here we are, feasting our eyes on the first teaser trailer for After We Collided.

It’s short, it’s a bit of a blur and a haze, but if you watch it multiple times, there’s definitely some key information. Fans who have read the books have been commenting that this appears to be more faithful to the source material than the first one was, and it’s definitely a clear continuation of the events in the first film. After discovering Hardin’s betrayal, Tessa and him need to find a way to move forward, since they can’t be without each other and it wasn’t all lies. From the looks of it, we could be facing payback, a lot of will we/won’t we struggles and a vibe of ‘’they can’t be with nor without each other.’’ Langford is also displaying some serious girlpower and her theme for this film seems to be breaking loose, which is a pretty nice sight. It definitely looks like it will be more bombastic and electric, while still being very hot and heavy as well. It will be interesting to see how that plays out.

#after, #after we collided
2 notes · See All
fyeahhessaVideo

#aftermovie, #after, #after we collided, #tessa young, #Hardin Scott
20 notes · See All
teasertrailerPhoto 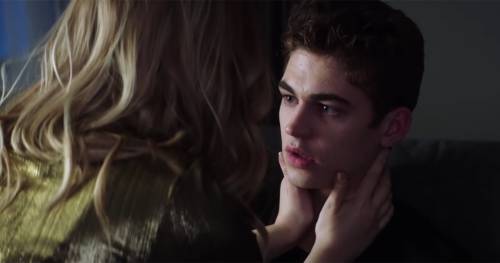 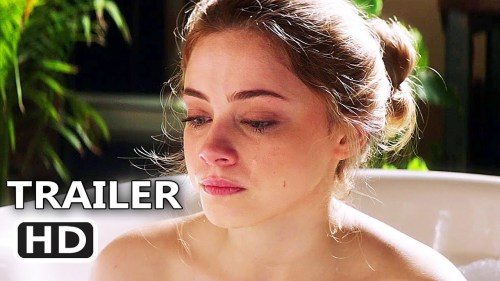 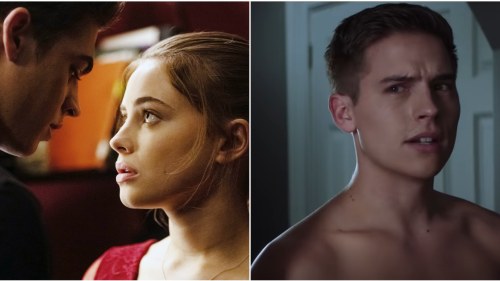 #After We Collided, #After 2, #movie trailer
2 notes · See All
rom-dot-comText

I’m calling it now, I *think* the kiss she gives Trevor is on the cheek.

Just my book and some chocolate tonight

#hessa, #after we collided, #awc, #after, #after movie, #josephine langford, #hero fiennes tiffin, #my gif, #I love winning
110 notes · See All
awflzsPhoto

after — after we collided

“I snap and glare at him.
‘You have two options here: you fuck me or you leave. You decide.’”

Hardin and Tessa in “After We Collided ”

#hessa, #hardin, #tessa, #after, #after cast, #after we collided, #after movie, #awc
22 notes · See All
justrossieText

HAVE Y'ALL SEEN THE TRAILER FOR AFTER WE COLLIDED???

JO AND HERO FUCKING DELIVEREDDDDD! OMG Y'ALL BOOK HESSA ANSKWJXJ! I FR WATCHED IT WITH MY MOM AND SISTER LOL BUT WE WERE ALL FREAKING OUT