Wolves in the South

Robb was intrigued by the Tower of Joy and Dorne, “this is where Jon was born. That’s wonderful. I can also be a Martell and Stark, my love.”

Greywind ran through the sand and wallowed in it.

Arianne nodded, “there’s something aesthetic about Dorne, my wolf.”

This man definitely has his own point of view!

check out this sansa stark tote (and a selection of other products!) on my redbubble HERE :) 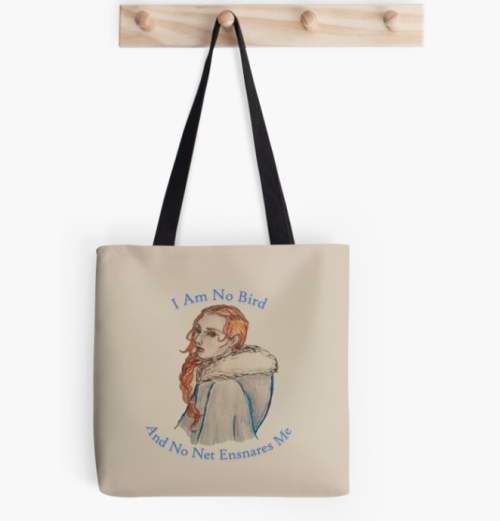 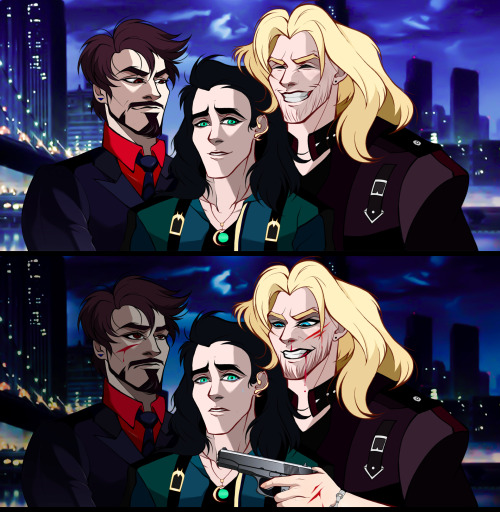 Author: I’m so sorry to anyone that wanted to read part 2 sooner, work has been kicking my ass and I’m trying to get stuff straight to get a new car and the sorts. I’ll try to get better on updating and posting more often just bear with me please. My tag list is open for anyone that would want to follow this story, and my requests are also open. Sorry if this chapter is a little rushed or cliche the next one will be better. Thank you and remember to live a little.

Summary: Y/n explains to everyone what happened. They all agree she needs to show everyone what she can do and Steve makes her and Bucky start training in the mornings instead for now on.

Warnings: uh just mild cursing, talk about death, talk of being kicked out, a little fluff normal stuff honestly nothing too bad

Y/n stood up and walked to the end of the table to explain. Taking in a deep nervous breath, all eyes were on her. She barely knew the people in the room with her, now she was forced to tell them what she so desperately tried to hide.

“I’ll start with an apology for keeping secrets. I guess everyone now knows why I’m called the She-Devil. Basically I can shift into whatever you want to call it. I grow black horns and devil tail, I don’t really know why. I don’t really know why, I got angry one day at my mom and it just sort of happened. I also gain super speed in that form, and a few years ago I found out I also have fire power. I got kicked out of my home when I turned 16 by my mom. When I was living on the streets I was attacked by some drunk guys and some man saved me.” She said nervously and thought back to that day.

She watched as a man dressed in all black stabbed the highly intoxicated men. She was scared, her true form showing. When the man finished he spoke to her, “What is such a young lady doing out all alone at this time of night?”

“Pl-please leave me alone. I won’t tell anyone. I promise!” She stuttered out taking a step back. “I won’t hurt you, I can see you’re  special. I can give you a place to stay, in exchange for working for me. Theres plenty of people there, including some girls your age.”

Not knowing what else to do. She agreed. Unknowingly becoming part of the biggest assassin organization in new york.

Y/n snapped out of her thoughts when Fury cleared his throat, “Y/n continue. I don’t have all day.”

“Right sorry. So I agreed to his offer. A place to stay, as long as I worked for him. Who wouldn’t when you’re 16 with no where to go? At first it was easy, just finding info on certain people. Then he forced me to train to be an assassin. He black mailed me into it. So I did. That was years ago. I found out the people I killed were innocents trying to take down my boss. So I killed him. Convinced some of the other girls to help me. And now I’m here.” She finished. She caught Bucky’s eyes, they were reassuring. He went through this, he had to explain what happened when he was in hydra’s clutches. He understands.

Steve was the first to speak after some silence, “Y/n, Bucky. I want both of you to start training with us. I want to know what you can do. Tony and Bruce will be doing some testing so maybe we can learn a little bit more about the she devil.”

Y/n froze, they were ok with this? Why? Why weren’t they scared and kicking her out. “Hey, Y/n it’s ok. We don’t look at you any different, we all have red on our ledger. You’re no different than us, I promise.” Nat said and everyone agreed.

After more conversation about it Bruce brought her to the lab immediately. He was curious about it, wanted to know why it happens and what happens when she devil comes out.

Y/n was internally groaning, she just wanted to go back to her room and read her book. “So Y/n, first i’m going to start with a body scan while you’re shifting. Please onto the platform.” She complied.

When Bruce gave the go ahead she shifted. Tony gave a cat call when he walked in, “Damn I expected something scary not something of a fantasy.” She gave him a glare her red eyes piercing his. “Ok ok I yield!” He put his hands up in surrender, “So Brucie what did the scan show?”

“It’s so odd, its like the horns and tail grow from her body within seconds. There’s no magic involved with the shift, but I don’t know how. It’s showing your canines grew too, mind showing me?” Opening her mouth it showed they had gotten longer and sharper. Just enough to obviously not be normal.”

An hour later and Bruce taking blood for more testing she was headed to the kitchen. She was hungry and tired after the previous events. When she walked into the kitchen she bumped into a firm chest of someone much taller than her. “Oh shit!…” She looked up to lock eyes with the super soldier, “Sorry Buck I wasn’t paying attention.”

“No no it’s fine I should’ve been paying more attention too y/n/n, I ordered pizza  if you’re hungry.” She could’ve sworn he seemed a little nervous talking to her. It make her sad to think about honestly, the first friend she made here being nervous to talk to her now. Putting the thought onto the back burner for now she accepted the offer. They both made their way into the living room and sat on the sofa next to each other. She still made sure to keep her distance of course, still waiting for the rejection she’s been expecting.

When the pizza arrived it didn’t take long for everyone to gather around in the living room watching a movie. After having blood drawn y/n got increasingly tired after eating. About an hour in she finally passed out, her head resting on Nat’s shoulder. Bucky looked over to see the girls reaction to the scene playing only to have the assassin tell him to be quiet.

He take a second to take in the scene, not only was the fiercest assassin letting someone fall asleep on her shoulder, but the reserved girl who didn’t really talk to anyone or touch anyone or even really come near anyone at that. Was asleep peacefully on the assassin’s shoulder, all the fear and stress of hiding what she is and then being exposed wiped from her face. He hadn’t really thought about how pretty she is before, but damn is she gorgeous.

A little later Nat got up to go to bed, so she carefully moved y/n to where she was laying her head on Bucky’s lap instead. Whom had also fallen asleep during the second movie of the night. Everyone else had pretty much gone to bed by then except for Steve and Tony. Both of them watched Nat’s antics knowing the two most reserved people would freak when they woke up like that later. They were complete opposites in appearance, Bucky much larger than the girl laid out on the sofa with her head on his lap. Though both of them could absolutely fuck you up in a fight.

“I bet you $20 that Bucky will wake up in the morning and bring her to her room.”

“I dunno Captain I bet you $50 they’re going to wake up in the morning cuddled up on the couch to the others talking about it.”

The next morning Y/n woke up to the smell of food being cooked. She hadn’t moved yet, she was enjoying the warm embrace of arms wrapped around her waist.

….Wait. Her eyes snapped open to see the living room instead of her bedroom wall. She carefully craned her neck to not wake the mystery person up and looked behind her. She immediately recognized the man propped up against the arm rest and back of the couch. She was laying on her side with her head on his lap.

With a beat red face of embarrassment she carefully started getting up. “Please do not wake up.” Was on repeat in her head.

When her mission to get up without waking up the man she walked silently to the kitchen. Stopping in her tracks when none other than Steve Rogers turned to look at her while standing at the stove. “Damn, looks like neither of us win this time.” Tony makes his presence known sitting at the table.

“I was looking forward to that $20 too.” Steve complained.

“Who else saw?” She was red again from embarrassment.

“Just me and Tony, well I mean Nat technically but she was the one that laid your head on him. She didn’t want to wake you up by taking you to your room. Want some pancakes? You have to train this morning so I suggest eating.” Steve explained flipping one of the pancakes.

This was going to be a long day. 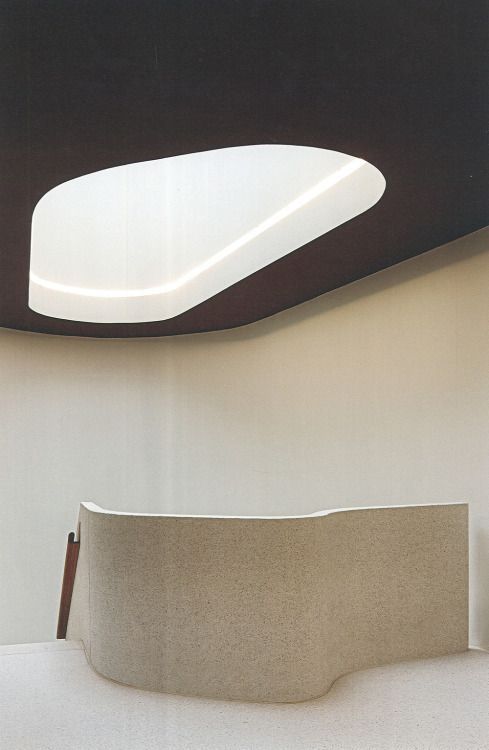 If you could be a cast member in any of these shows, which show would it be? Why? 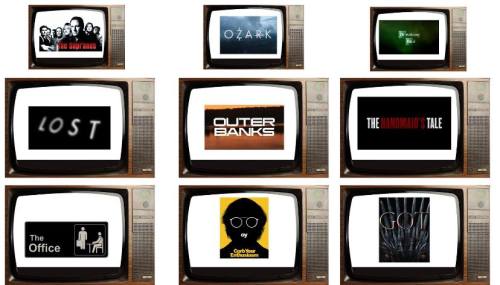 “You’re a Stark, aren’t ya?” The store clerk asks, examining the payment. They examine the clerk for a moment, gauging the level of danger they’re in, before shrugging their shoulders with a smile.

“If by that you mean a stark contrast from the rest of my family then sure, that I am.” They chuckled to themself, continuing on their way

This reminds me of Tony….ghaa 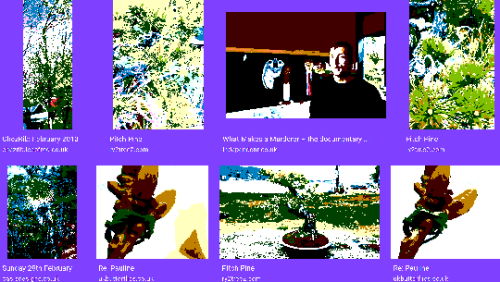