Tumgir
AboutPrivacy Policy
AboutPrivacy Policy
Visit Blog
Explore Tumblr blogs with no restrictions, modern design and the best experience.
Fun Fact
Pressing J while looking at a Tumblr blog or home feed will scroll up on the page, pressing K will scroll down. This is helpful considering a lot of the Tumblrs feature infinite scrolling.
Trending Blogs
#he is a ghoul
goldnboi
Photo

lorge teeth (im an idiot and deleted this on accident asdfg) 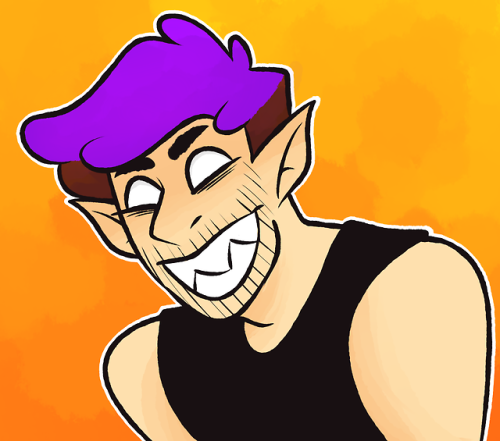 Been playing Fallout 4 for almost a week now and I found the Vault Tec Rep who sold us our spot in the vault. He works for me now and is happy. 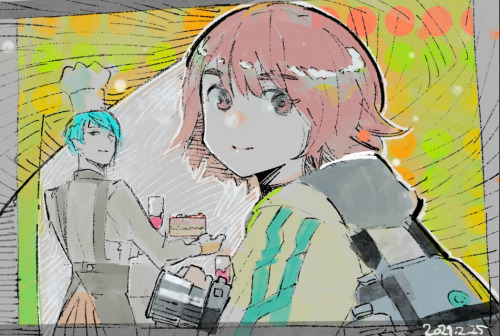 #this guy tries to make me believe he drew Chie because of Megumi Han but in the end it's just another reason for him to add Tsukiyama#somewhere :'D#ishidas art#tokyo ghoul
46 notes
elliejoys
Answer

that… is a very good question lmao

the girl hums random songs. the problem is, she doesn’t know what song she’s humming because she picked it up from kobra and ghoul, who always have some sort of song in their head, and now she’s perpetually stuck in the cycle of “i’ve heard that, where have i heard that?”

#kobra likes to sing Re-Education Through Labor by rise against when he learns a New Terrible BLI fact#ghoul starts singing F.I.G.H.T. by unwritten law when he's alone / working on something#and various others but those r my fave right now. so.#the girl#kobra kid#fun ghoul
29 notes
ceremonyanddevotion
Photo 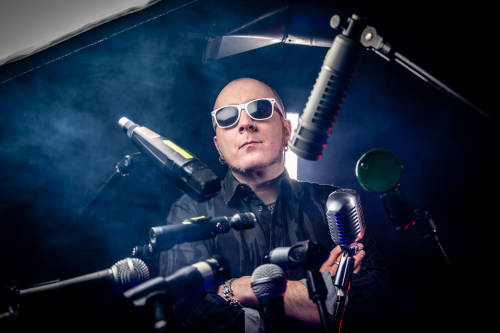 Aether: Is xe always like that when he loses?

Terzo: You should have been here for the Great Jenga Tantrum of 2020.

Me: You bumped the table and you know it!

#incorrect self ship quotes#beefy ghoul ;;#he is ;;#platonic self ship
0 notes
andromeda3116
Text

i’ve wondered in the past if it’s better to lose someone suddenly or slowly, and now currently experiencing the agonizing deathwatch after they’re already gone in every way that matters, i can say with confidence that it’s better when it happens suddenly.

#death cw#at least then you don't spend days going out of your mind with some sort of pregrieving fugue state as you wait for updates#my dad says he feels like a ghoul just hovering and waiting for his father to die and it's awful#my mother is staying with my grandfather tonight. she was an icu nurse for thirty years so she's done this vigil before many times.#i'm glad i'm not there and i wish i was there in roughly equal measure#i'm probably going to delete this later this is just. consuming my mind.
3 notes
deinelamia
Text

“Space is not silent, it dances, and it… screams”

I got a baby in the mail again 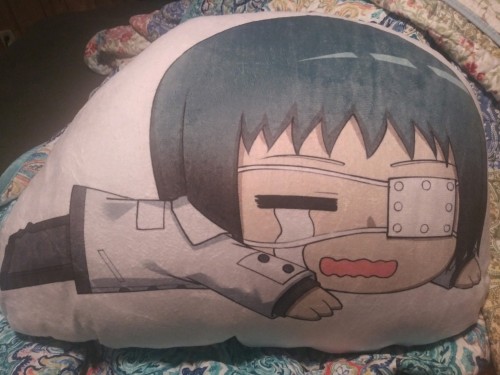 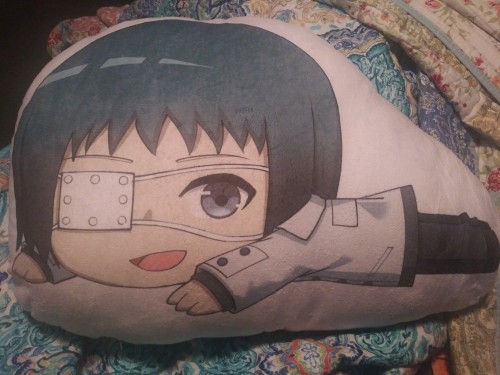 i make takizawa redraws because i love being in pain

#god that last sentence....#im barely in the fandom and i still see ppl give steven and ryan so much shit#at least ppl call ryan by his name#can the whole 'ghoul boys and that other guy idk who he is' bit in the fandom pls stop#lol#like...it isnt the funny haha moment you think it is#its just awkward wtf 😭#nice to know that 'gaybaiting' isnt smth thats happening in the watcher fandom l#lol*#discourse#asks
1 notes
knekkebr-d
Text

thinking about how adam would have the perfect skill set to be a search-and-rescue medic (the Coolest™) once he graduated and how he end up didn’t. i am Vibrating.

#@ loser ass ghoul FIGHT ME#adam milligan#eagle scout + med combo adam is so cool he could have had it all#Upset!
7 notes
rubbish78
Photo

ive never really clearly shown what fun ghoul’s scar looks like. so heres this! taking a laser to the face isnt fun

[Image ID: a shoulders-up digital drawing of fun ghoul, staring blankly ahead at the viewer. he’s wearing his canon yellow shirt and choker, with pierced ears and a lip ring. his bangs are pushed out of his face, revealing a patch of scarring that covers his right eye and cheek. the eye has no pupil, and is a lighter, duller brown than the other. his right ear is also slightly warped. End ID.] 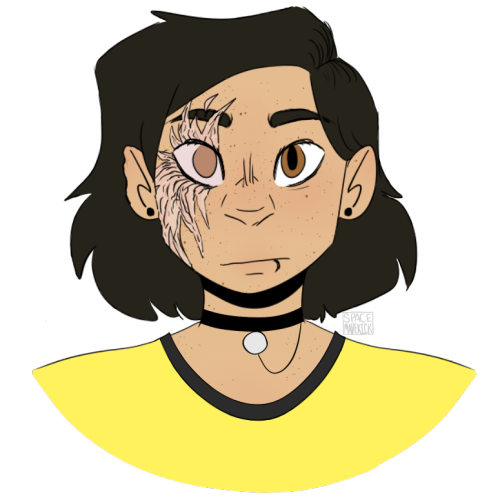 jet star headcanons. part one of a kajillion.

- jet is born into a loving family. hardworking parents- his mother, a hairdresser, his father, a car salesman. an older brother of whom teaches him all he needs to know. steadily, as there becomes less needs for his parents’ jobs in battery city, their funds decrease. they move to a smaller part of the city, a close-to-border town called jersey. in the nicest way possible, its a shithole. juvie halls and heavy crime, the streets patrolled either too much or too little. childhood isn’t easy.

- it doesn’t get any easier. his parents stretch their already low amount of money to take jet to a planetarium for his fifth birthday. its here, that his father tells him of his much too outlandish childhood fantasies of becoming an astronaut. of finding something new every day out in space, seeing the stars. even in the planetarium, jet can see the stars now but he wants to see them closer, up high, close and personal. he wants to do it for his dad. maybe he’ll take him with him some day. but it’s too late. on the way back, they’re ghosted, both parents and his brother. dracs thought they were going to sneak over the border. jet wishes they did.

- he doesn’t see another planetarium again, both because they- and other “unnecessary gathering grounds”- have been wiped clean from the city, and because jet star’s been living it up as a street rat. he does so for four years, somehow, ‘till he’s reported at nine and brought into a facility, one that trains you to be a kid soldier, a killer, a drac. jet escapes two years later.

- eleven. off to the zones. walking around for days straight until he sees any sign of life. unbeknownst to him, he’s walked through for zones, almost five. WKIL greets him. a man, one in a wheelchair, old and useless looking. jet’s not glad to see him, but he stays there anyway. stays for years while these people show him love he doesn’t accept and a life he doesn’t want to live. he doesn’t mind the freedom, he just wants a family, his family. no one can convince him that he has it.

- the only thing that makes his days better and sufferable is not a thing, but a person, maybe people if he’s being kind. show pony, and occasionally cherri cola. but show pony, quick witted and kind, sharp and sassy, full of energy. pony tries to teach him how to use roller skates. when he fails, they try something new. like wearing skirts, that goes south quick. what about painting? oh no, not at all. every day, it’s something new, a new adventure or activity, something bright and colorful. pony says he needs a little color. he begs to differ. sometimes, cherri, the eldest of the three, will drive them out, far along on route guano, far enough so they can scream. they stand, the three of them, under a blanket of stars and over soft sand, screaming and kicking and running 'round rapid 'till their hearts give out. jet’s always the loudest. doesn’t mean anything.

- sixteen. jet meets party poison and the kobra kid. he isn’t sure about them. the two don’t talk much, and the only way he knows they’re not mute is because of show pony, who must prod at them incessantly and report it back to him. jet thinks he’d rather hear it from them, anyway. even so, he doesn’t know if he wants to get wrapped up in that. fresh city kids, already trainwrecks. he’s heard that the youngest has nightmares, screams in his sleep, and that he’s reckless, too, always getting himself into shit. jet starts to think its purposeful after a while, the hurt, that the kid can never catch a break- afraid in his sleep and out, so he does what’s most accessible. getting himself hurt, involved in danger. he understands. he’s heard that the oldest is the worst though, party poison. that they’re an addict who can’t get their shit straight, thinking that they’re destined for some greater thing, some higher power. yeah right. jet thought he’d go to the moon one day, how’d that work out? pony never told him any of that, of course- they still want to give the two a chance. but jet, not so much.

- jet star should really start getting used to change. not more than a few months later, he’s sitting on the roof with pony, talking of nothing and everything. he’s craving some canned peaches. pony gets a transmission. kobra. kobra saying that poison’s wasted- not new- or that they might be wasted, he’s not sure- new, red flag- and that they’re talking about going back to the city- definitely a fucking red flag. pony and jet take the van. cherri and d ride along. it doesn’t take long to get there and read the room. poison’s yelling and kobra’s crying, and poison’s wearing that goddamn too-small jacket they never take off now. jet breaks it up. feeling small, like the kid alone in the planetarium, he doesn’t yell, but pleads. “i’ve been where you are, following things that are gone. i’ve been lonely too. but you aren’t like me. you have these people that love you, and you’re just going to leave them? you’d rather go back to a hell where no one knows your name, when the one thing i remember you ever telling me is that you want people to know who you are? you’re going to risk it all for that?”

- it doesn’t take long for poison to back down. they cry and go to kobra and they sit in the sand. cherri goes to them, then d, wheeling over, and pony looks at jet. looks at him, distraught but proud, quiet but loud, and jet nods. they go over, too. if this isn’t family, then what fucking is?

#holy shit#like holy smokes#can jet just catch a break pretty please?#well he does#eventually#so i guess my dream comes true#also if it wasn't clear. poison wants to back to the city for ghoul#and they're wearing his jacket. that's the too small one#jet doesn't really know about that bc pois hasn't told anyone#yet#anyway oh my god#also does it go without saying that jet is trans? pretty sure#danger days#killjoys#mcr#jet star#show pony#dr death defying
25 notes
dead-silxnce
Text

I feel like i’ve talked quite a bit about how Ghoul doesn’t like to break things, but that doesn’t mean he doesn’t do it at all or that explosives are the only way. What’s peculiar, though, is that it’s always his things that he breaks. It’s carelessly sweeping his tool and projects off the workshop’s table, it’s toppling racks that are his weight and a half, it’s ripping the few decorations in the room he’s come to consider something of his own, it’s throwing the little contraptions he’s soldered together at the ground without caring if they fall apart.

Ghoul doesn’t want to hurt those he cares about by destroying everything, but he has no qualms over destroying his own- afterall, that’s what he deserves for being a violent little shit, doesn’t he?

#he only breaks things when he's overwhelmed because he doesn't have the state of mind *not* to act on every stupid impulsive thought but he#still feels so fucking guilty about it#hhhh. i need to sit down once and like. properly talk abt the characters but what is an attention span? /rh#killjoys#fun ghoul#headcanon#danger blogs: the true posts of the fabulous que
26 notes
absurdist-void
Text