#requested, #moodboard, #name association, #letitia
6 notes · See All
combat-medic-amityAnswer
Do you have an OC for Siege? And if so, what are your HC’s for them? (Sorry for the spam)

Please send me more, I love when people send asks.  I’m not quite sure how to do it for my character’s, since they’re.. mine?  So here’s some facts about them

Angele (I don’t have a codename, feel free to come up with one!)

Al-Jinn was my first OC, I love her and primarily made her because I wanted someone like Vigil who could be spotted on the camera, but not in person.  I think I went more in detail with Angele, making her because, well.. why not?  Shits and giggles. 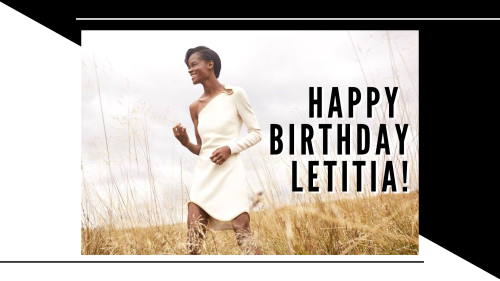 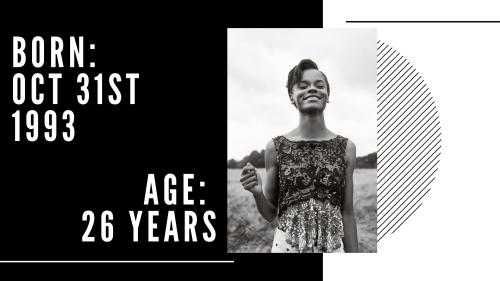 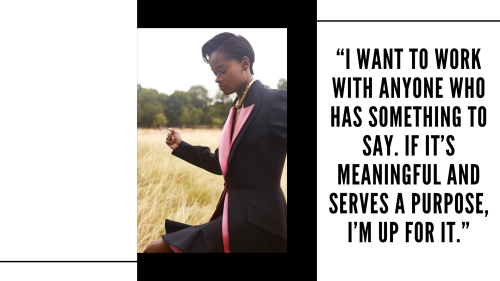 Letitia is that one quirky kid that loves life and needs to be vibrant! ☀️ 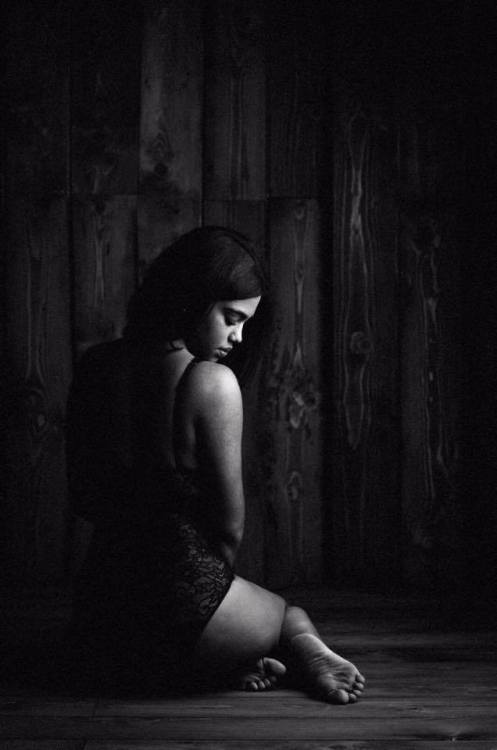 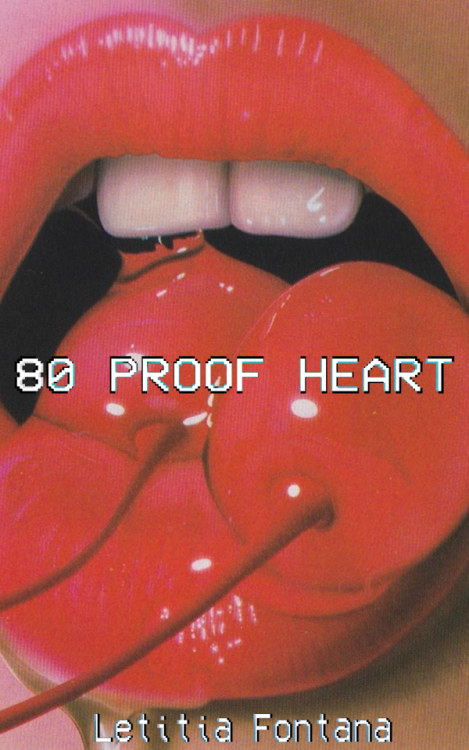 #letitia, #letitia fontana, #80, #80 proof, #heart, #love, #Aesthetic, #writer, #author, #book, #lips, #grunge, #cherry, #girl, #woman
2 notes · See All
tinysaurus-rexAnswer
Do roosters stand differently than hens? I've noticed that Buckley, my only rooster, has his wings pointing down when resting while all the other chickens have their wings pointing back, being perfectly horizontal.

Here he is, crowing. His wings are nearly vertical! He also holds his wings like this when something spoils him or he’s trying to intimidate another rooster.

Here he is, relaxed with a more typical stance. He still puffs his chest out but less so.

Modern games do this too. Here’s Flint crowing too, however he also takes this stance for the same reasons as Buckley and not just when crowing.

Letitia, the same breed as Flint. I have never seen her assume a vertical stance, however there are breeds where the hen does.

Request: Hi, I’m a big fan of your writing! Could you do a Shuri X female reader where either they’re college roommates who’ve crushed on each other for a long time but haven’t said anything and then one day one of them confesses, or maybe one where Shuri and the reader go on vacation together after the events of Endgame (as a kind of a celebration)? You can just pick one, or you can do both if you want to. :3

(A/N): I decided on the Shuri and reader go on a vacation together after the events of Endgame for this fic. I hope you liked it and that the fic is close to what you requested.

“This isn’t too bad now is it?” Shuri said from beside you. You just nodded your head a yes in return- too on edge too respond fully. She furrowed her brows and nudged at your arm bringing your attention to her rather than the outside of the window you were looking out from. You looked at her trying to mask your face of discomfort and alarm.

“What?” You asked trying to sound unbothered.

She let out a giggle but you were a bit occupied by the nerves to think about how cute it had been like you always did. “Are you afraid of flying?”

You shook your head at her question and tried to feign ridicule but you knew it didn’t work. How could it you were terrified of flying. There was no way you could possibly hide it- not when you were stuck on a damn airplane for a couple of hours.

“Maybe.” You responded bringing your hand to your mouth before reminding yourself to not bit at your nails. Your legs had started bouncing a little- something that usually happened when you were nervous.

“You’re afraid of flying!” Shuri exclaimed and she didn’t even try to hold in the laugh. You gave her a stern look- though you could understand why the situation may be funny to her. “I’m sorry it’s just that you’re a superhero (Y/N)! Literally 85% of your powers are flying.”

“That’s different.” You said through gritted teeth. The plane had started taking off and your hands were now clutching at the sides of your seat. Shuri noticed how absolutely terrified you’d seemed and moved her hand to yours. She held one of your hands in hers and squeezed it in reassurance.

“You’re fine. I won’t let anything bad happen to you.” She said and you gave her a grateful smile in return. You knew your palms were probably sweaty as hell but Shuri didn’t seem to mind. Your mind would have gone into overdrive by the fact that Shuri was holding your hand and would have started over thinking about what she’d said if it was not scared shitless.

“It’s just that,” You started saying deciding that maybe talking would distract you from your almost irrational fear. “I’m not really scared of flying as much as putting my life in someone else’s hands. When I’m flying because of my powers I’m in control- which is more than what I can say for right now.” You said with a nervous laugh as you wiped the sweat off your other hand on your jeans.

It seemed talking did distract you but not in the way you were hoping it would. You were now extremely aware of how much your hands were sweating and how your other hand – the one Shuri was holding must be disgusting. You didn’t exactly want the person you liked to be grossed out by your clammy hands.

“I understand that.” She said as she brought her other hand too, to rest atop yours. Maybe she actually did not mind the horribly sweaty hand of yours. “But I can assure you you’re safe. I know the pilot and I know she’s an amazing one- not to mention it’s a Wakandan airplane- I’ve designed it myself.”

You turned your head to look at her- your teeth chewing on your bottom lip. Chewing on your lips wasn’t the healthiest of habits but it beat chewing on your nails. “Okay.” You replied simply as you nodded. You were a little more relieved that the smartest person you knew had designed the airplane you were on and even though it didn’t completely rid you of your fear- it helped.

You slowly lowered you head to her shoulders and rested it there- closing your eyes. You hand was now wrapped around her arm near yours. You wouldn’t have had nearly enough courage it took to do that if your brain wasn’t constantly building up scenarios in which you were dying a stupid death. All your nerves were directed at the constant fear of dying to really give a shit about the girl you liked not liking you back.

Though you were still thrilled that Shuri didn’t mind what you did and even rested her head on top of yours and the both of your hands were still entangled together. You must have fallen asleep because your leg had stopped its bouncing, your teeth its assault on your lips, and your breathing had evened out. You were so deep in sleep that you didn’t even notice the small kiss Shuri left on your temple.

You must have been out for a couple of hours even though it had felt like minutes because by the time you had woken up the airplane had very well landed and you had reached your destination. “Good morning princess.” Shuri said in a sing-song voice and you just groggily rubbed your eyes before lifting your head from her shoulders.

You grinned back as you noticed the smile on her face and you would have tried to hide your lovesick eyes had you not just woken up. Just as you were about to open your mouth to speak Shuri cut you off. “Before you ask- no you’re not in heaven. You’re alive.”

You grinned at her before letting out a laugh, “Are you sure? Because there’s absolutely no doubt that I’m talking to an angel right now.” No no no no you did not just say that. You did not just use a corny pickup line on the girl you liked who you weren’t even sure liked your gender let alone you back.

“I’d say God bless you but it looks like they already did.” Shuri shot back at once. Was she flirting with you? One way to find out.

“If you were a fruit you’d be a fineapple.” You said with a cheeky smile and waited for Shuri to respond. She stutter something unintelligible out as if she was grasping to find some suitable words. You were almost starting to second guess yourself and were about to just very awkwardly change the subject so you were thankful when she finally spoke up.

“I’m gay.” She blurted out in a hurry and your face broke out in a grin.

“I can’t think straight when I’m with you either.” You must have had the brightest smile on our lips as you said that and Shuri giggled at your words. This time you could fully appreciate just how endearing her laugh was.

“Kiss me if I’m wrong but you don’t by any chance like me do you?”

That was all you needed to lean forward and connect your lips to hers. Her hands came up to your cheek as she held it and kissed you back. You had wanted to do this almost since you’ve met her and you couldn’t believe it was finally happening. You would have pinched yourself but the way she was kissing you- there was no way this was a dream.

“Well this going to a fun vacation isn’t it?”

💙💙 Letitia was cute but criminally underused in Guava Island, so here’s some pics of her in my favorite blue dress from the movie  💙💙 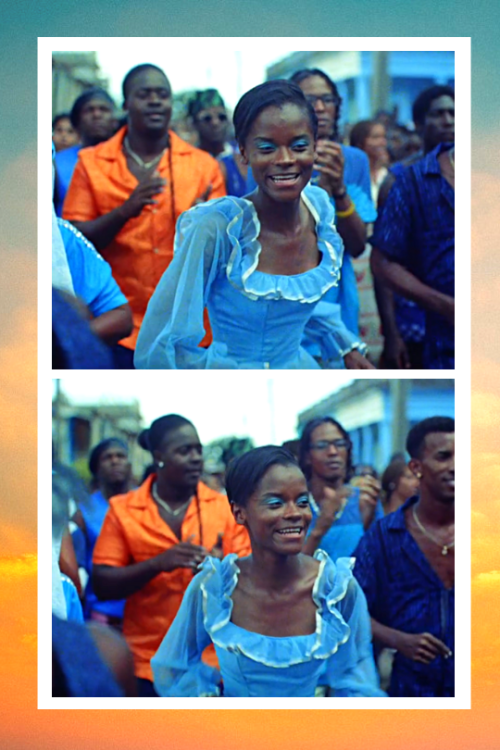 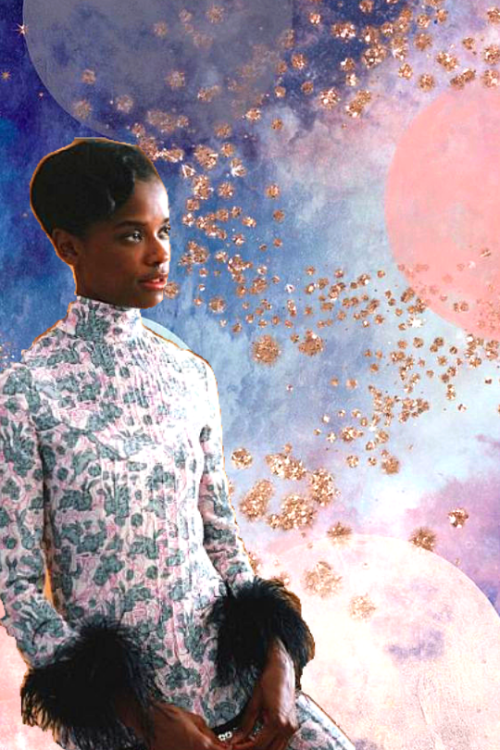 I periodically check out completely from fandom social spaces, and when I come back I find myself like that gif from community where everything’s on fire and I’m like “what happened?”

Honestly that’s how I went through fanfiction.net and strikethrough. Granted, part of it was moving to China and not being able to access either website through the Great Firewall, but still. Anyhow today I was going through some old bookmarks, and found that goddamnhella and letitia both disappeared. Wondering what happened?

Letitia being free and taken in by Chandler who she was founded by and taken her in with Eden’s family and was given the outfit on the left. She never felt happier in her short life. 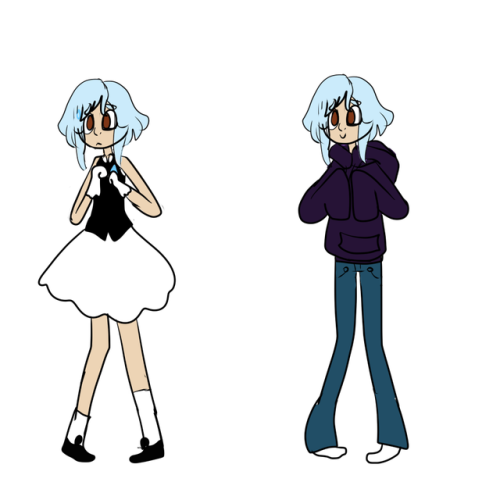 Here is another Gal who was there with Chandler who is also defective and was planned to be killed. her name is  Letitia

She had fear dwelling in her and was willing to escape Cyberlife with him to live a better Life.Chandler found  Letitia in the alleyway covered in snow some days later and took her home and she was instantly taken in by Eden and her dad.

She like Chandler has nightmares about being back there and killed. 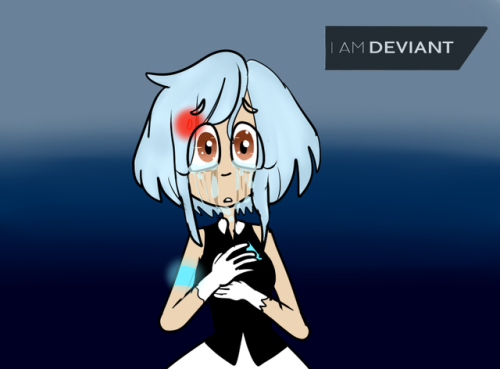 She’s so beautiful I can’t even 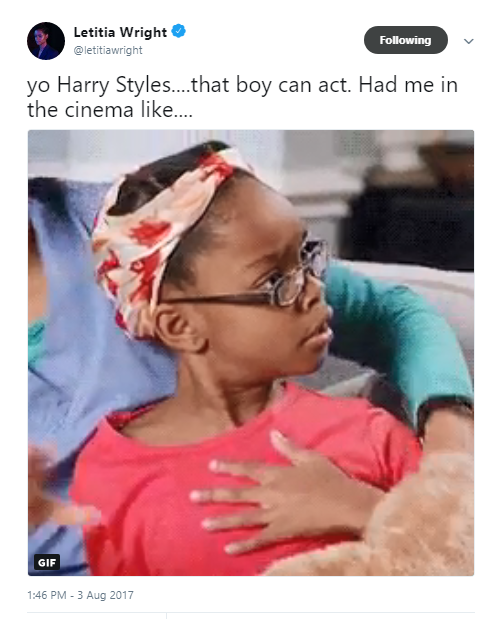 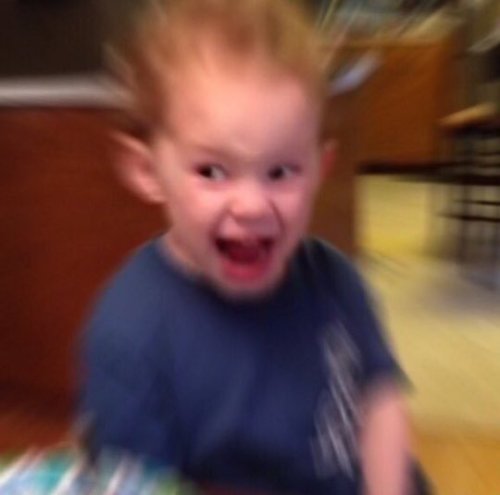 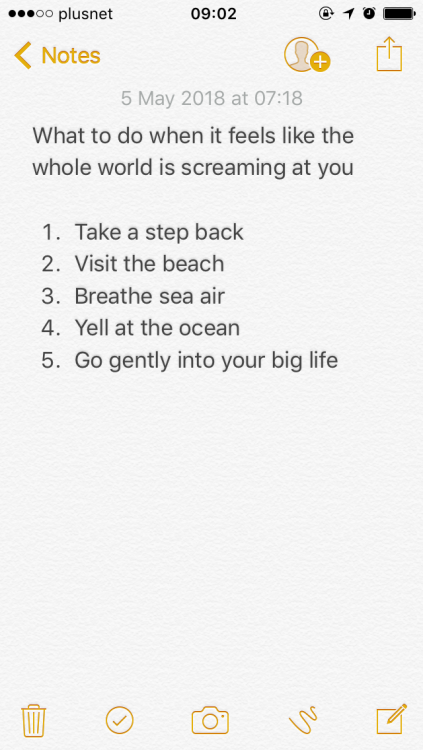 Commission work. Credits and copyrights belong to the original owner. 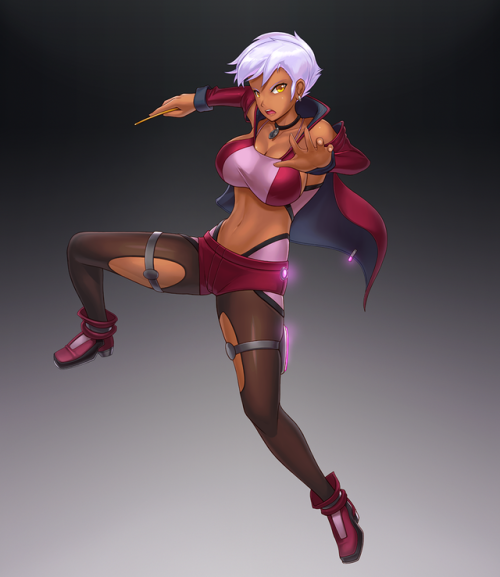