look at her. just happy, mentally ill, and living in a fantasy world. i love her

Summary: You and Steve walk the red carpet together at a big show.

Warning(s): None, this is just fluffy.

As an Avenger, you always had to face publicity. Persistent reporters, eager photographers  and constant invitations to events and premieres. Even after attending so many over the years, you would still get nervous right before stepping out infront of an audience. You’d even tried to blow off a few, pretending you were sick or simply getting someone else to go for you. But Tony wouldn’t let you skip out on any more, so Steve offered to go as your plus one.

“Do you think it looks okay?” Standing in front of your bedroom mirror, you observed the dress hugging your figure. It was floor length, glittering black in colour, a slit cutting all the way down your right leg. “Do I think? You look amazing, I don’t understand why you try to get out of these all the time,” Nat said from behind you, her hoodie and jeans looking washed out compared to your attire. It wasn’t that you didn’t think you looked good - you were nervous about what Steve would think. Even though he was your superior, you’d developed what you could call a completely huge ‘moderate’ crush on him.

And speak of the devil, there he stood in the towers foyer  , all suited up and ready to leave. You had to admit he looked classy, even if he was a thousand years old.

You began slowly walking down the steps to approach him, stopping the man dead in his tracks. His mouth was agape - you looked stunning. “Doll, you look absolutely gorgeous,” he grinned at you, holding out his arm for you to take hold of. Your hand snaked around it willingly before making your way out of the compound, into one of Tony’s limos, and off to the event ahead of you.

While seated in the overly cushy limousine, you quickly began to grow restless. The car was almost at its destination and you couldn’t seem control the swarm of butterflies in your stomach. Steve picked up on your unease and took your trembling hand into his own. “It’s alright to be nervous,” he reassured you. “I’ll be by your side the whole night.” You interlocked your fingers together, and though that further added to your nerves, Steve managed to calm you nonetheless. The car halted and even through tinted windows, the lights were almost blinding. Steve got up and subsequently brought you with him, taking you out into the pack of paparazzi. You made your way slowly down the red carpet, grasping onto Steve like he was a life line. Together you posed for countless photos, spoke in interviews and signed autographs until finally you reached the end, where a camera crew and journalist were waiting for you.

“So (Y/N), Steve, we’ve been hearing a lot of rumours lately about you two being in a relationship - is that true?” She held the mic up to Steve’s lips, where he began to speak. “Well, we’re not, unfortunately, but I hope I can make a change to that soon,” he said, flashing a smirk towards the camera. Your heart fluttered at the sound of his hopeful words, but you managed to produce a small grin at the reporter before walking in to the venue.

As soon as the two of you were inside the building, you tugged Steve to the side, hiding behind a tall, marble pillar. “Is everything you said out there true?” You questioned him, eagerly, causing his unsure expression to fade away. “Of course it is, Doll. Why do you think I asked Bucky if I could take over your training?” He looked down at you with a smile, earning an identical grin from you in return. Tugging lightly on his silk tie, you pulled him down to a more familiar height and into an elated kiss.

My favourite thing about Wandavision is the erasure of Wanda Maximoff’s Slavicness.

Tony: Peter, is it true you spent three hours on the roof just to scare Sam and Bucky?

Peter: It was five

ps: I’m a MCU fan, not a comic book fan. please don’t come at me

why doesn’t Wanda bring Pietro back?

At the end of the day, it’s her alternative universe. She brought back Vision , another dead person. Why can’t she bring back Pietro?

It makes no sense to me because we all know how much he means to her.

Anyways I cried at the “I am a twin. I had a brother. His name was Pietro” scene

it was such an emotional moment and it reminded me how much I missed their relationship.

And Geraldine plot was so interesting.

And now, Wanda sent Geraldine to the location that mjolnir was found at Thor 1 (it looks so similar!)

Also this episode reminded us that Vision isn’t real, which I’m glad it did.

During the first 2 episodes, everyone kinda forgot that Vision is dead.

But in this episode, Wanda basically controlled him.

He questioned stuff she didn’t want to answer, so she went to past and re-lived the moment.

She’s controlling him. I don’t mean this in a bad way, I love her. I’m not trying to say that she’s manipulative or anything, I’m just saying that Vision isn’t alive.

best part of this episode was definitely Pietro getting acknowledged AFTER YEARSSSS. I love him so much, he’s one of my favorite characters and I’ve been waiting for this for so long

if you wanna talk about WandaVision, I’d gladly join🥰 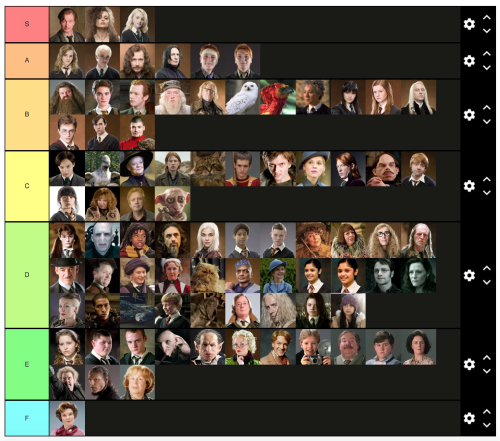 do they… you know… drink Folgers?

I actually drew this last week but now seems to be as good a time as any to post it.

It’s 2am and I can’t stop thinking about why Vision is in bed at night. He doesn’t need to sleep presumably??? I get him wanting to be in bed with Wanda but before Wanda merges them they literally had separate individual beds. Did Vision straught up just stare into his sleep mask for hours on end?? Like my guy, what are you doing?

According to an insider familiar with Marvel’s MCU plans, actor Chris Evans will reportedly reprise his iconic Avengers role in three Marvel projects.
Two of the films will be set in the past, with Steve Rogers set to appear in Wolverine projects.
The third movie might be Doctor Strange 2, where Evans will play a surprising character.

“News to me,” Chris Evans said on Twitter when a report last…