K: Hi, This is Dir en grey’s Kaoru, getting started with another episode of The Freedom of Expression. Joe san,Tasai san, welcome.

J: Yes, lets take a look at this news. ‘Insult to Kawasaki Nozomi. “She gives me the creeps”. Housewives in Yamagata prefecture referred to prosecutors….

A 39 year old woman from Yamagata and a 45 year old female medical worker from Osaka are being referred to Tokyo area prosecutors by Harajuku police station. According to staff at Harajuku police station, the pair are suspected of exchanging insults like “She gives me the creeps” about Kawasaki on an online public parenting platform between the 8th and 9th of April. They both admit to the charge.’

Just from reading this, being referred to prosecutors for saying 'she gives me the creeps’ is a bit..

T: Well, yeh, but if you look in more detail, over three years they actually wrote on this parenting forum stuff like, 'She should miscarry’ or ’ 'she’s creepy’, also 'she’s insolent’, 'lets set fire to her house’, *1, quite extreme things.

J: So we don’t actually know thier reason for writing this stuff do we?

T: They wanted to send a message to Kawasaki Nozomi’s husband’s blog, but they were blocked, or unable to do so for some reason, im not sure. This made them angry and they directed thier rage towards his wife.

J: They probably shouldn’t target his wife, and getting that upset because they couldn’t send a message..I don’t really know.

K: Its not very clever, right?

J: Yeah, its really not.

T: Also, 'defamation’, I havn’t heard this in a while.

J: Yeh, well Kawasaki san probably felt some damage to her honour, and in reality, if they come near her house, its coming close to interference in her business. The police probably thought this kind of 'defamation’ was grounds for referrering the case to prosecutors. Another possibility is that  Kawasaki san hired a lawyer, who may have said they same thing….So, this happened on an online forum? I think we talked about this happening with someone else before, but how far can slandering be forgiven? I mean, in this case its being reffered to prosecutors, so, well, when does it become a crime? I think this is a really difficult point. This kind of thing hasn’t been made clear in detail, but it may have similar requisites as harassment. But like, how far do you have to go for it to be sexual harassment?, how far to..???*2. This type of thing isn’t specified in criminal law. I think this is a problem that will have different interpretations, that will change depending on the information. So, Kaoru, as an artist with your name and face in the public eye, you must get lots of supportive messages. But at the same time, you probably also get some not so supportive messages. How far can you tolerate those? Of course, even one nasty thing can hurt, but what what would you consider worth talking to the police about, for example?

J: And in this case, Kawasaki san hasn’t even done anything! She’s just in the wrong place. Right from the start its like, 'Why me?!’

T: So, Kawasaki san is a former AKB 48 member, and after she quit, she started up her own company and was quite successful, she’s been categorized as a winner, there might be people who are jealous of her. But to this extent..?

K: Well, they wrote it thinking that they wouldn’t be exposed, didn’t they?

T: Do people get exposed?

J: But why would they intentionally write this on a public forum? Wouldn’t you normally spout your jealousy at a bar or something, after a few drinks?

K: But this is the same as that.

J: They simply write it?

K: No, I don’t think they are thinking that much about it.

T: I think people need to be more aware of how scary SNS can be.

K: People are writing stuff with no thought, so i also think its ok to ignore it really. Its a person writing wierd stuff off the cuff, its all over…I mean, recently.???? There are tonnes of people writing stuff without thinking. And then people see all these comments just like that…writing just like that, and seeing just like that. Strangely, you need to be able to …???, and you need to be able to brush it off . You’ll still always encounter SNS or online info, thats how I feel about it *4.

T: There have been sucides in Korea, famous people have committed suicide, because they got affected by what people wrote online. So it happens in other countries too.

K: Well, it does affect you, the first time you see it.

J: Well, yes. When I do radio I get called all kinds of names *the others laugh*, recently, ive gotten, ’????’, to one of my shows. And these people get carried away, right, so it just increases more. They just come out with insult after insult*5, like 'are you still at it?!’ …well, i think, at least they are listening, so im kind of thankful.

J: Like, im just always talking, it could be kinda annoying, so if theres someone out there listening, im grateful. *T laughing*

T: Doesn’t it bother you, Joe?

J: Not usually, no. But sometimes they hit in a sensitive spot, right? *K, T laugh*

J: It shouldn’t be a big deal …but….right? Some people will even cry on the train home. Even though it hasn’t been a big deal until now, some people will cry about it. Especially if im also having a tough time with work or personal life, it stings.

K: Well, you are only human.

Kami: It happens to me too.

Kami: Yeah, that happens to me.

T: You’re not bothered by that though are you?

Kami: Well, they say im no big deal, unreliable, or useless or something like that, loads of things are said about me…'you cheater ’ and such.

J: Oh, that more like a case of money trasfer fraud in the end?

T: Are you doing well at your part time job   Kami?

K: He’s writing on one, right?

Kami: No, if stuff happens to my displeasure, I’ll give out bad luck..as a fortune.

Kami: The people who insult me will go home with bad luck.

J: But there must be people all over the world saying stuff about you..

J: It must be tough to search online for yourself?

Kami: Yes, that is tough.

K: He said once before that he searches for himself online, didn’t he?

J: He did..I wonder how many hits you get per day with the god hashtag?

K: But aren’t there many gods, but one in charge, right?

Kami: Who’s in charge..im not sure.

J: He doesn’t even know?! Maybe you’re a cheater because you’re not even real?!

Kami: Some people say that about me.

J: Ok, prove to us now that you’re real. At least, show us something that you’ve achieved. If not…if i mention it now, we’ve never seen you in person since the start, you just came down from the sky, and we just thought you were a god.

K: He just came all of a sudden, right?

J: Right! We’ve don’t even have any proof that you’re a god. We’ve had no choice but to believe you.

Kami: I’ll refer it to prosecutors.

J: Eh? Really? …by the way, how for would you tolerate people badmouthing you, Kami?

J: Are there any insults where you think, 'This is really awful!’?

Kami: No, the things that are said about me are, im no big deal, that im unreliable, not in existence, or useless. That type of thing..'he’s a cheater’ and such.

T: Now that you mention it, thats sometimes said about Tokyo Sports too.

J: Do people really say that to you? But you said before, right? Apart from the date, everthing is false. *everyone laughing*. Thats amazing, you can sell papers and make money like that? Is Tokyo Sports originally just like fake news?

T: Well, people all over the world like a good story don’t they?

J: I see. Well, it excells in the field of sports newspapers. Tokyo Sports has tonnes of fans, doesn’t it?

T: On the other hand, we aren’t respected. The level of respect we get is really low. *the others laugh* But I want to keep eating, so I’ll recommend it.

Kami: But Tokyo Sports is creative.

K: What will you make him do?!

T: He could start with cleaning the toilets.

Kami: A night shift would be more money. *laughs*

Kami: It would be an outrageous guy who makes a god clean the toilets.

K: It seemed on purpose

J:I’ve been exposed…I took a deep breath before I said it. My shoulders moved.

K: Please subscribe to this channel..See you next time.

*4 He spoke so fast it all kind blurred onto one, difficult to understand.

*5 He’s running off a list of slurs which his listener sent to him. Im not advanced enough in Japanese slurring to grasp each individual one.

*6 There is a toilet god in Japanese folklore, have a google :)

It seems from the 28th BIG BOSS in Fukuoka will be displaying and selling my guitars and the released mini guitars.

If you’re nearby definitely go have a look!

Tags: BIG BOSS Fukuoka, Nothing, during a tour in the past, in Fukuoka, before going to eat, I saw, this exhibition, it’s an old photo

I have to come clean 😩

I can’t deny it, I have to accept that now I’m officially a toshiheaux.

THERE I SAID IT!🤧

it’s my all-time favorite diru song and the first song that fr signified they’d mean a lot to me :( this song gives me enlightenment and determination despite it’s somber tone … like most diru songs LMAO . but yeah i rlly rlly love this band and they totally transformed me within these 8 months of knowing them :( will i get more diru tattoos in the future?? BET !! 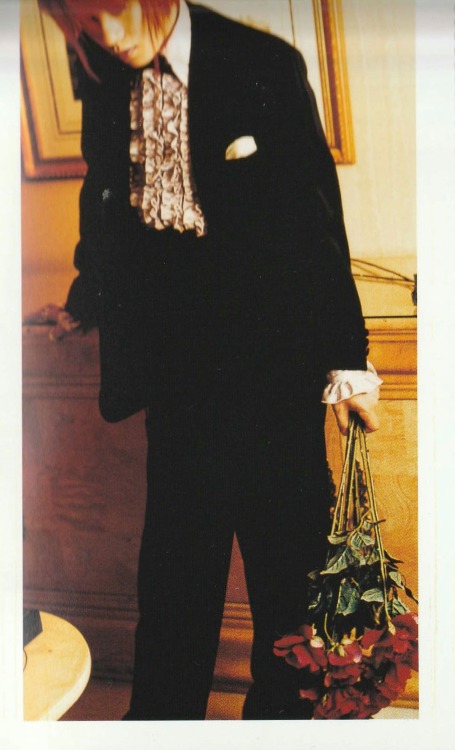 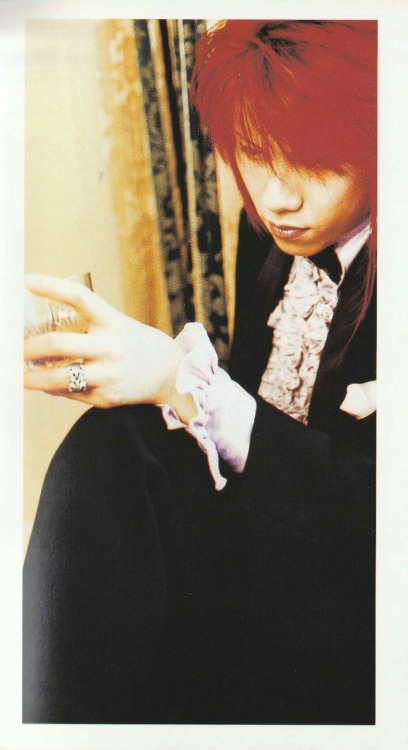 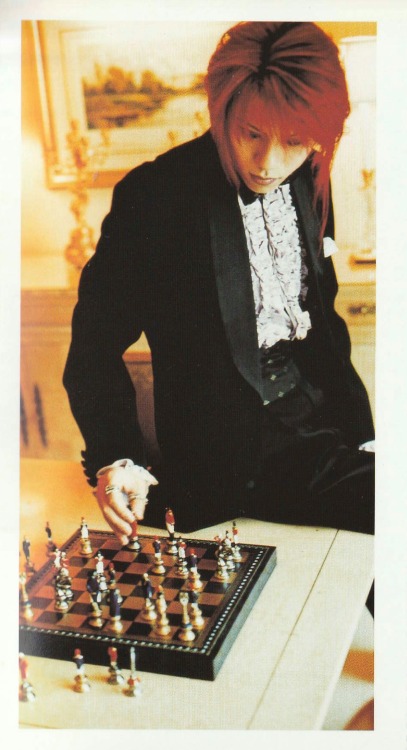 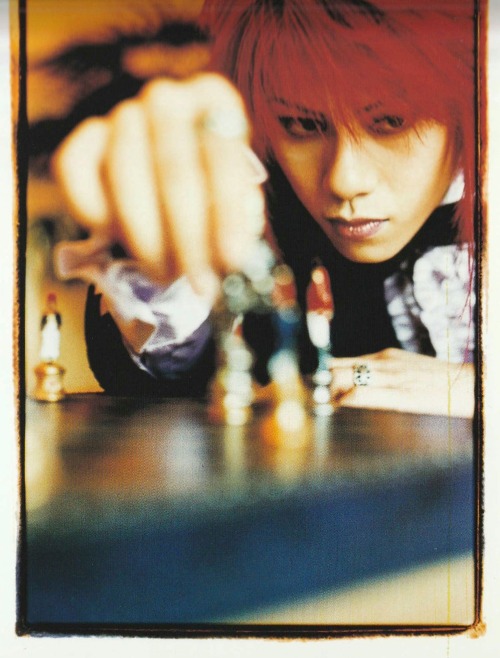 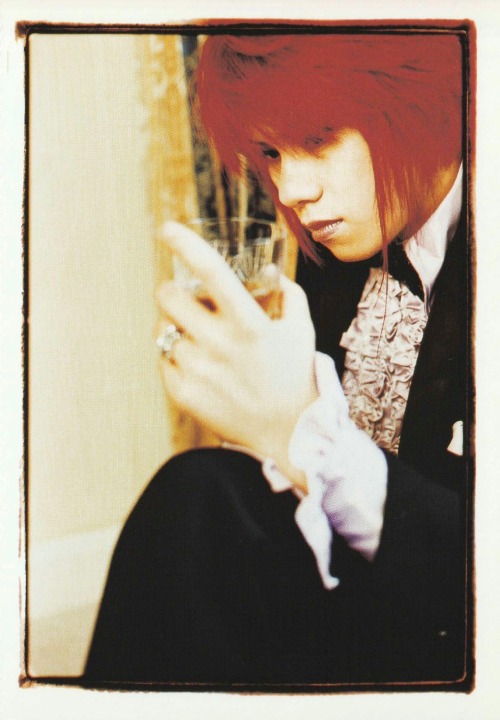 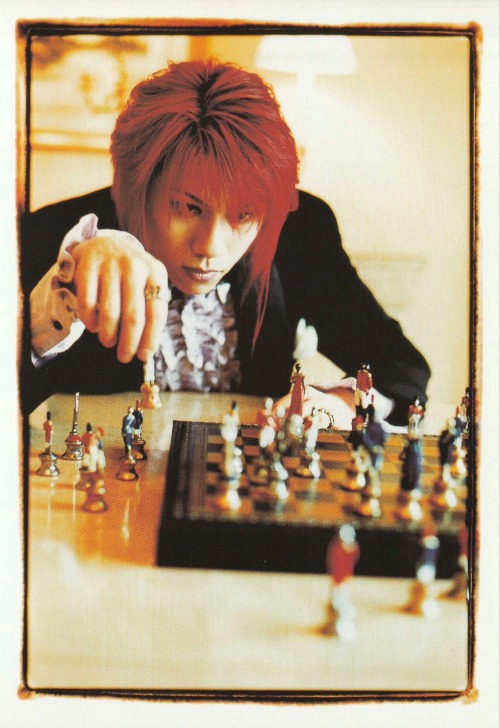 #oh see what I got on my harddrive, #along with the rest of the postcard booklet scans, #idk these days I feel like I do nothing but scroll around here and there and pick up stupid little pieces of information, #to mess around in my head and then proceed to contribute nothing, #I feel trapped that I can't do anything and I KNOW I could do more, #be a better fan and support them but I feel so helpless as if I lack voice and action, #and it's all a downward spiral that starts with one little piece of information that I have or lack and both is bad in my eyes, #am I a good enough fan? would they like to have someone like me as their fan? idk I just want some peace of mind, #ik I need to stop objectifying and the more I loose myself in such questions the worse it gets, #deep breath, #Die, #Dir en grey, #Dir en grey are, #dir en grey postcard book, #my scans, #next up is Toshiya in heels
37 notes · See All
yridenergyridenergyPhoto

will there ever be a time i listen to zetsuentai and it doesn’t absolutely wreck me? probably not

【The Freedom of Expression 流行語大賞募集！】 #40

Something annoying, drinking too much and sudden sneezing. 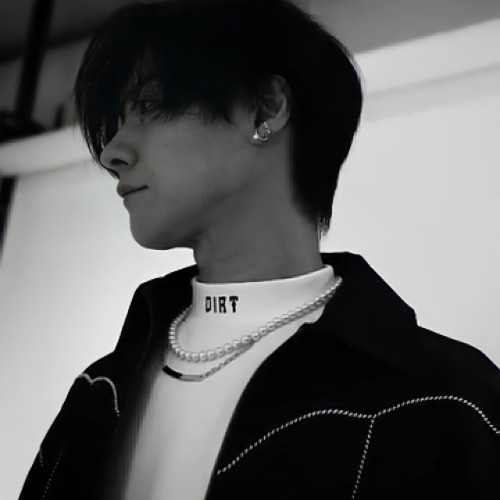 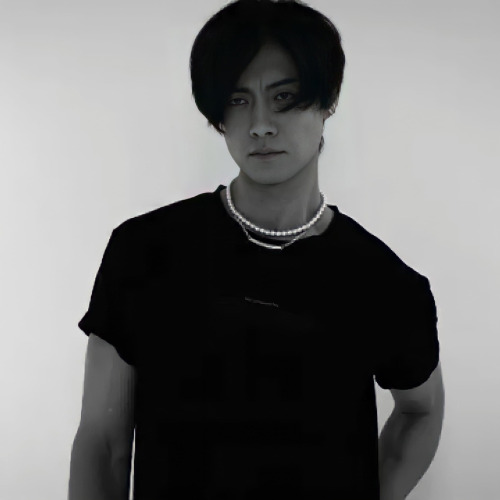 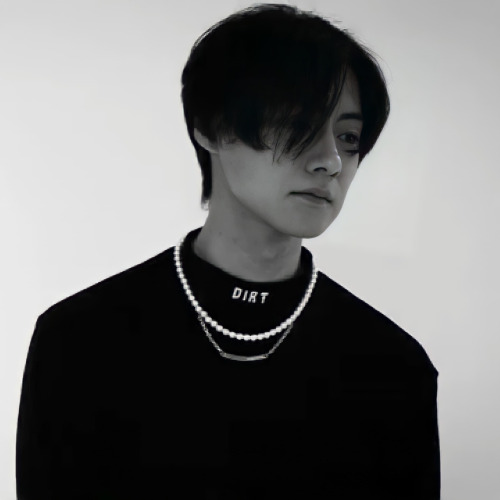 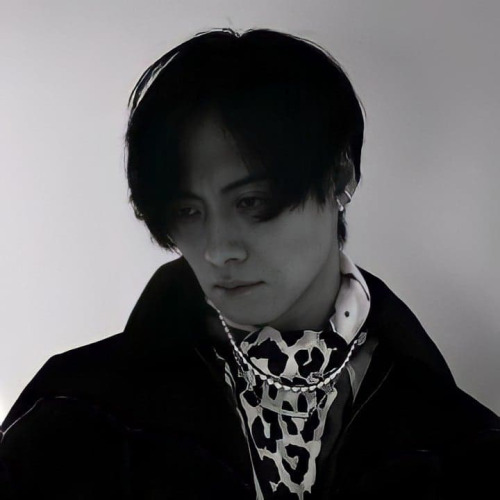 The collection will be available for purchase on the above-mentioned schedule.
Please look forward to it.

* Please note that as the ONLINE SHOP" is currently under maintenance, the page is not displaying at the moment. 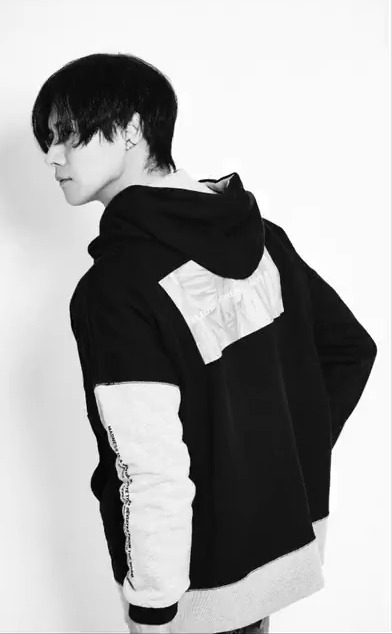 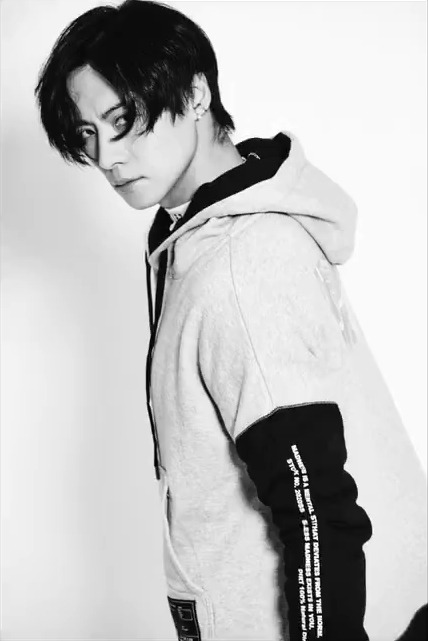 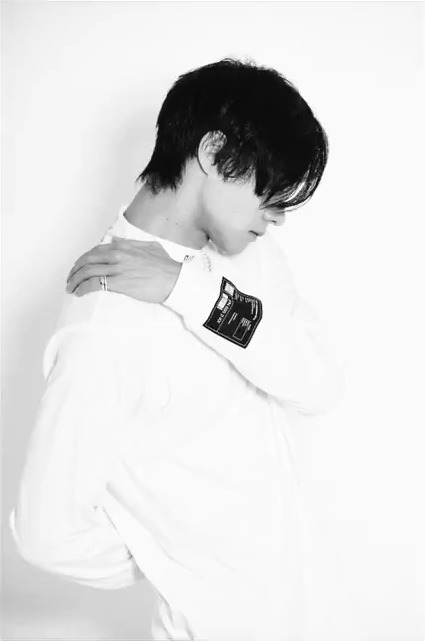 This is the most 8th grade I have ever felt.

#even more than when i revisited Gackt omg, #dir en grey, #yokan, #strong memories of the desktop computer in mom’s room, #Youtube
2 notes · See All
yridenergyridenergyPhoto