Trending Blogs
#kyle x alex
heartlessr0manceChat
Alex: I only feel one emotion and it is anger.
Kyle: Last night you drunk texted all of our friends a thousand heart emojis.
Alex: Out of anger.
#i know alex feels all the emotions, #i promise you i know, #this is just meant in good fun, #i worship the ground alex manes walks on, #let me bring up once again, #that i am an alex manes stan first human being second, #alex manes, #kyle valenti, #alex x kyle, #kyle x alex, #roswell, #roswell new mexico, #rnm, #incorrect quotes, #rnm quotes, #kylex brotp
73 notes · See All
ashesandhalefirePhoto

You can’t just pop a replacement heart in a guy and bring him back to life!

ok but can i just say that kylex would have SO much fucking potentional now even more after michael is like i dont want this. the way they’re friends now and partners in crime, literally. the way kyle always looks so surprised around alex as if everything suddenly makes sense. just have alex go to kyle for comfort, have kyle admit some feelings, it all works. It all FITS

#the way this will Never happen, #but a girl can dream, #the amount of scenario's in my head where it has and could happen phew, #they just would be so good and so fucking powerful my dudes ugh, #kyle x alex, #kylex
30 notes · See All
ashesandhalefireText

they are really out here looking THIS good

#kylex rise !, #do i care more about this still than the malex one? perhaps, #kyle x alex, #rnm spoilers
13 notes · See All
michaeltrevinosourcePhoto 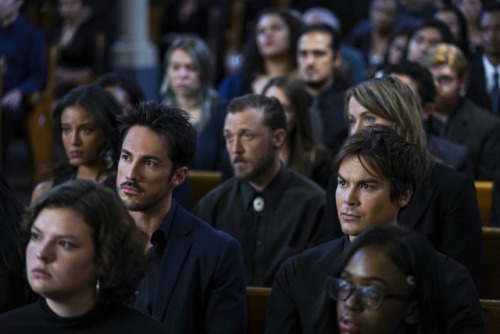 good vibes of the day

kyle & alex + he deserved it

@irolltwenties made this meme and i took advantage (message not sponsored)

They’re all at the Crashdown for New Years. Max is back from the dead and Liz is tangled around him as they stand with silly decorations for the new year on their heads. Kyle doesn’t mind, even if once upon a time he thought the moon hung in the sky to see the red on her lips.

Now… now Kyle is trying to ignore the closeness of Alex Manes and the fact the ball will drop soon. Alex had just broken up with his second boyfriend since back to Roswell and Kyle… Kyle is thinking of the seconds being loudly counted down, the way Alex is moodily staring at his drink, and before he can stop himself he’s pulling Alex by the belt loop on the ninth second, watching him stare with surprise and a sense of hesitant readiness as Kyle’s second arm moves to Alex’s waist.

“Five,” Kyle replied with a grin.

I really hope we get to see more of Kyle and Alex’s bromance in season 2. It’s literally one of my favorite things 🥺

Mature: fluff/smut - Summary: Alex Manes doesn’t stay the night, when he can help it. Sometimes he just can’t.

Saturn’s Ring is good for two things. One, it isn’t a bar with people he knows from this backwards town. Two, there are a distinct amount of more queer men running through this town as tourists then there are dumb enough to live in it.

Tonight, though, the only thing the bar gives Alex is the opportunity to get very, very drunk in a way that he usually refrains from. There’s no specific reason to get drink five bottles of beer other than he’s tired. Tired of the bullshit town, the bullshit family, the bullshit alien drama. Simply tired. Somehow tonight, maybe because the level of drunkenness is unfamiliar anymore, that feels alright.

When he leaves the bar, he knows better than to try and drive to the cabin. He’s not even sure about driving further than three blocks, so he doesn’t. Instead he stops his car outside Kyle’s apartment, thinking that if Kyle isn’t home he still owes him a break and enter. Kyle is home though, and when he answers the door with a confused look on his face, Alex can’t really think.

What’s going on is that for longer than sober Alex would appreciate, he’s distracted by the fact that Kyle has no shirt on coupled with a six pack that looks even better with age. The pleasantness of so much skin with the long boxers that are just barely hugging onto Kyle’s hip bones… accompanied with a pillow covering what had to be a late night boner are enough to delay any quick heterosexual response.

ok so i know m@lex fans are probably not going to like this but i think for alex before it was michael it was kyle.  kyle was alex’s childhood.  his best friend, his first crush, and he hated that they fell apart in high school. he hated bully kyle but he also really wanted his friend back. alex checked on kyle after high school. he knew he was at the top of his med school class. and it was surprising to find kyle standing on his porch but kyle is different now. and even after their painful past alex still wanted to reassure kyle that his father was a good man.  he also was able to tell someone about the abuse he suffered at the hands of his own father. and when kyle told him he was the bravest person he knew it was something he needed to hear but coming from kyle, that meant so much more than coming from anyone else. because before everything went bad, kyle and alex were a good team.

so i have a theory that jesse knew alex was gay before alex did because he saw the way alex looked at kyle when they were kids. almost like alex’s first crush was on kyle but he didn’t even realize it because he didn’t know what that meant yet.

which is makes it all the more heartbreaking that the kyle/alex friendship ended so awfully because teen kyle couldn’t cope with having a gay best friend and bullied alex instead of being there for his friend.

i really hope that kyle and alex can try and rebuild the friendship they once had now that they are adults.

#roswell new mexico, #roswell nm, #kyle x alex, #kylex, #that's my theory, #and i'm stick to it, #look i am all for a kylex friendship to rule the ages, #but i'm also for kylex turning into something more down the road, #but right now i want to see them repair and rebuilt the friendship they once had, #kyle and alex need a friend so badly, #one that will stick it out with them, #without any judgement, #and i think they can do that as adults
34 notes · See All
alexxmichaelText

A. “Alexxxxxx, go have some funnnnn! You deserve some good dick” Kyle

C. *Watches Forrest shamelessly flirt with Alex “I AM LOVING THIS!” *side eyes Guerin* Kyle