The newest foal in Corolla is named Arturo! You can find updates on him on the Corolla Wild Horse Fund page

Hearing Vlamis in interviews really gets under my skin. I get that you have to prop up your current storyline and all..but it encroaches on disrespect to being downright to not only the Malex storyline but to fans as well. How can in the show his character call their connection “cosmic”, yet in interviews keep going off about how much “Your character loves Maria” and “ Shes your safe place”. Or how your character feels some type a way about Alex but really “feeling his friend”.. Or some BS like that..It really cheapens the storyline and his character as a whole. I feel as if the more he keeps talking the LESS i want to watch.

When I started watching I kinda thought it was a cool concept ( Super Big X files fan here, it was my generation) albeit for a slightly younger crowd. Ive always been big into sci fi stuff in general. I also liked the “small town” feel of it.

I also recognized Tyler Blackburn. I never watched PLL..actually..funny..i forbade my girls to watch it.Just the name alone was enough for me ..and teenage girls are scandalous enough without outside influences..guess I was “That mom”.. Lol..but in reality who didnt know him? Anyways i digress..

I actually connected with the characters. Funny Michael first and foremost. I was raised for a chunk of my life in the NH Foster care system. Bounced from home to home..group homes..orphanages..ect till my parents got their shit together..but i understood to a point where Michael was coming from. Also being Bisexual as well helped.

But what really drew me in was the Alex/Michael dynamic. It was electric! The chemistry was off the charts. I felt that through the screen. I felt Michael’s desperation for acceptance and love. You could see instantly that he felt that with Alex on some level in the beginning. I could also see Alex’s hesitation and fear, eventhough you dont find out till really why till later in the season, but that to me is what came across the screen. Never shame but a healthy fear of something.

As the season progressed , and esp the flashback episode, i really started to relate and understand Alex more. He lived his life embedded in Fear. His outcast status in school, being bullied, being gay in a very red small town, mother abandoning him, Overbearing homophobic military father. Holy shit..no wonder why hes fucked up! But I also saw how kind and caring he was. His love of music speaks volumes to me as a music lover. I saw how he was with Michael..it was sweet.. I even understood their connection more. But i also got the shattering too. Because of his father too. To a point.

My biggest gripe about this show is the lack of letting the characters breath and show more of an organic growth. The scenes seem cut super short and alot seems to happen off screen that now im not sure what part of a progression in the storyline im watching. Is anyone else noticing this?

Vlamis isnt helping me understand this at all. I still do not understand the Michael and Maria storyline. I saw them as friendly.. Maybe less..but love..mmmm..not sold. It feels hurried,half assed and non existant. I mean God..Ive slept with my bartender a time or 2..but it def wasnt love..no matter how much Ive flirted with them.. Or listened and talked to them. And she treats him like a dog..does no one else see that? Talk down to him..and is really rude..how do you talk that up? And on his end its just as fucked up. I literally do not see the connection! I see interracial love everywhere. I dont see it here.

I just dont get it! If your fanbase is mostly Malex and Echo..why for the love of God..send someone out to push a storyline very few are watching! The ratings are tanking, hemmoraging..yet you continue to spout it at every interview! God..its ignorance and stupidity rolled into one! Seriously! Just stop! 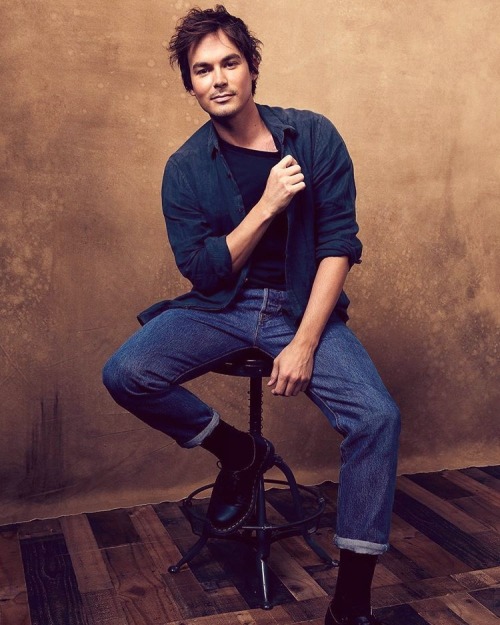 I’m already so in love with Forrest, and even though he and Alex almost didn’t talk at all to each other, they had such insane chemistry, and I can’t WAIT to see more of that.

#ask rin, #alex manes, #forrest long, #forrest x alex, #roswell new mexico
11 notes · See All
pastelwitchlingAnswer
I think we might have to wait towards the end of the season for Miluca to end. I am just not gonna focus on them at all. What I am gonna be watching intently is Alex’ storyline which I am sure is gonna be badass and wonderful even if it’s (mostly) without Michael

Personally, I say we forego the rest of the season and skip to the part where Michael and Alex are drawing up a height chart for their child in their home.

#roswell new mexico, #kyle valenti, #michael trevino, #roswellnmedit, #trevinoedit, #kylevalentiedit, #rnm 204, #rnm s2, #edits, #tv, #gifs, #i had two more gifs to add to this, #but tumblr and my wifi hate each other, #so after a day and a half of trying i finally give up, #which makes me mad, #bc the 'i like being your rock' gifs won't upload, #boooo
54 notes · See All
imonlyaliveformalexText

FOR EVERYONE WHO IS ASKING FOR THE FULL LIVE

roswellnm.daily on insta has saved the ENTIRE LIVE on their igtv (GOD BLESS). It is in 4 parts (because Insta only allows 15 min segments)

So, what’s the over under on cutie with the blue hair being Alex’s new love interest?

He’s cute, he’s queer-coded, and he has a weird niche hobby. He’s very much Alex’s type.

Speaking of new love interests, I a, liking Surgery Girl more and more with every scene she’s in.

#roswell new mexico, #roswell spoilers, #alex manes, #these new ships will they sail?, #I hope so
2 notes · See All
winged-foolText

When Alex wakes up, his body is aching. A familiar feeling, he doesn’t remember the last time he woke without aches and pains from his father. He shifts in his bed and realizes he’s not alone and his eyes fly open. He’s not in his bedroom, his band posters missing, the walls painted a calming slate rather than the pristine white he’s grown accustomed to. Heart hammering, he pulls himself up and notices a grown man in bed with him, with no shirt.

Tears well up in his eyes, what happened last night? He’s had thoughts of running away after one of the numerous times his father has beat him; is that what he finally did? Did this man pick him up? Why didn’t he remember anything?

Chest heaving, Alex quietly sneaks out of the bed, out the room, into a gorgeous apartment. Shit, this guy had money…did Alex sell his body to him? Stomach clenching, Alex finds a bathroom to duck into and vomits into the bowl once he reaches the toilet. What the fuck was happening and why couldn’t he remember? He wipes his mouth and goes to the sink to wash his hands.

Alex draws a deep breath and looks at the mirror. He feels a scream bubbling up and he slams both hands to his mouth to prevent it from coming out. He stares wide-eyed at his reflection. The image reflecting back at him looks like him in an…abstract way. But he’s older, hair longer, the baby fat on his face gone and replaced by strong hard lines, stubble on his chin and jaw. Alex reaches out toward the mirror and touches, terrified when the image copies. Fuck this isn’t some joke.

how is rosa just casually confiding in the woman who, as far as her last memory before dying is concerned, murdered her?? she’s just like, i’ve already got enough issues, imma make ptsd my bitch

Liz Ortecho and her tall blondes

I love you, kyle. you’re family

#roswellnmedit, #roswell new mexico, #kyliz, #kylizedit, #kyle x liz, #kyle valenti, #liz ortecho, #i hate the way this turned out so i'm putting it into the universe and it's out of my hands now 😪
57 notes · See All
roswellnmsourcePhoto

Yeah. One’s mocking, and the other is fond admiration.